The FPB 64’ GREY WOLF left Whangerai, Auckland on Sunday to begin her long voyage home to the Channel Islands, on Sunday 23rd March.  This epic voyage of 12,000 nautical miles is beyond the scope and capability of most motor yachts in terms of distance, weather and sea conditions. 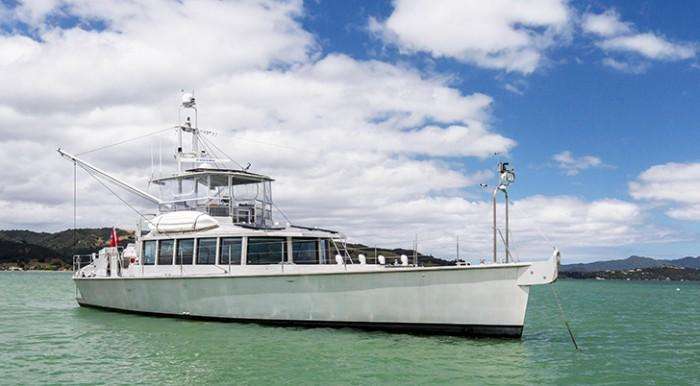 It is cyclone season in the South Pacific, the weather is unstable, and Grey Wolf may win the weather lottery. The recent spate of tropical storms is creating the possibility of a very quick, relatively easy trip. The key is her ability to maintain a fast average boat speed. This allows her to take advantage of the good, which includes some fast (and fun) surfing, and minimize the bad.

There is a trough lurking off to NE of Northland, throwing showers at Northland and SE winds for starters.

Thanks to my SKYPE call with Steve last week, I think it a good idea to deviate north of the direct path and, rather than taking those ESE winds at the start almost head-on, put them on starboard around 45deg (another option is to delay to Monday). This will likely take us thru showers for the first day or so, but they are not expected to be squally.

By Monday (NZ date) you should move into the outer perimeter of the remains of TC MIKE– far enough away from it thanks to our delayed start so as NOT to get its 5 metres swells.

We can ride in its tail winds for a quick trip–on Wednesday it is replaced by a southern Ocean Low, and on Thursday UTC/Wednesday local the cold front belonging to that low should cross over us, not much impact on the wind.

This is followed by a W to SW flow on Friday UTC. On Saturday UTC/Friday local you should be encountering the light winds of the subtropical ridge (it is north of its normal position).

After that I run out of data and we need an update.

In the outlook table there may be a Northerly wind at 30S 150W, knocking us NW briefly, then light winds to Papeete, but that’s just a first guess thrown in so an ETA can be guessed.

I am using www.expeditionmarine.com for routing with latest Oceanic and GFS data output. VPP is for motoring using the Polars Steve sent me.

DISCLAIMER: weather is a mix of pattern and chaos. The real world unravels away from the model output shown here. Computer data does NOT do well near a coast or in a trough. In a convergence zone computer gives averaged-out light winds, but occasional squalls can deliver 30 knots for 30 minutes. If your baro strays away from target pressure more than 5 hPa the forecast needs updating. 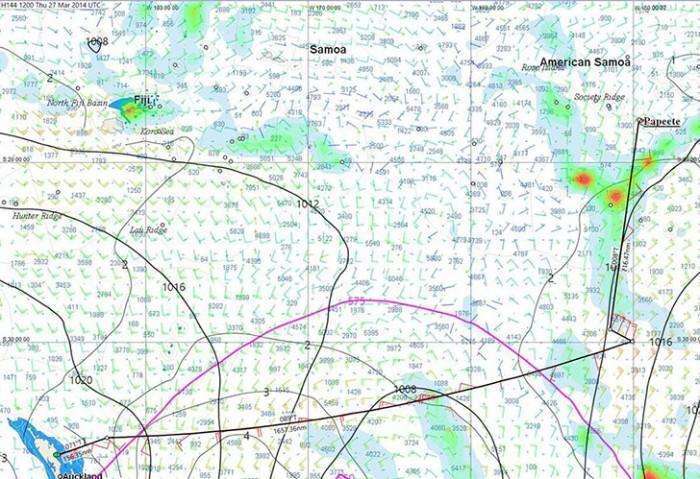 The first waypoint is a requirement of Peter Watson’s insurance carrier.  What is happening is that the southeast trade winds, which Grey Wolf would normally have to fight as headwinds, are forecast to be blocked by the tropical system, and replaced by favorable westerly quadrant winds from the clockwise low pressure circulation of tropical cyclone Mike’s remnants. Grey Wolf is hoping to surf over the top of the low center (remember, weather goes the opposite direction in the southern hemisphere). There is another low projected to form further south and east with a circulation pattern coincident with Mike’s flow. But that is a long way off timewise. If it does occur, there is a chance – Bob says one in ten – of the two low centers combining to create a major storm system. There are several considerations here:

This is a 2200/2500 NM trip, which means 10 to 12 days depending on winds and sea state. The weather models, which do not work as well in the South Pacific as the North Atlantic, do not have “reliable” data beyond 72 to 96 hours at the most. So there is a degree of uncertainty after the first few days with this forecst package. The easterly route we have been discussing has the advantage of keeping Grey Wolf away from the area where another tropical system might spin up, say in the Cook Islands again, or maybe Tonga. If cyclogenesis does take place, they have the option of diving south, into colder water, and away from where the tropical systems can usually exist.

On the other hand, there is the previously discussed possibility of the need to head north, toward the tropics, should the remnants of tropical cyclone Mike combine with something further east and create a large extra-tropical system. Or, Mike developing in such a way as to make a direct shot to Papeete advantageous.

Bob has looked at an alternate route below. 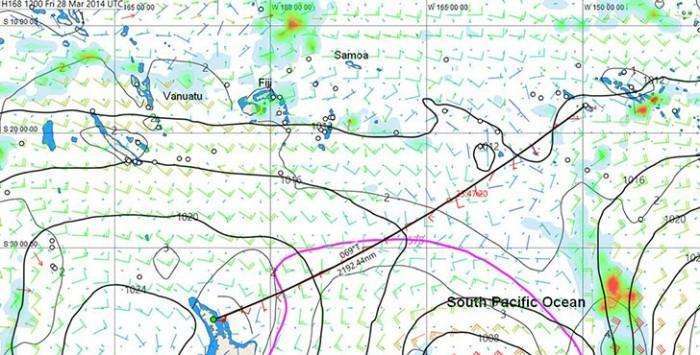 Steve asked me to see what a direct voyage to Papeete departing Whangarei around 1pm Sunday may look like without that Insurance waypoint.

Here it is, with surrounding weather as at Friday 28 March 1200UTC.

CONS: Goes thru the Southern Cooks,  and they have the highest risk of nasty weather at this time of the year.

Map shows a small low may form in that region on Fri/Sat UTC, so risk increase is around 10%  (as an estimate).

Also this path deviates from the Insurance waypoint, so you might need their prior permission to use it and maintain Insurance cover.

Right now the risk factors favor the easterly route. Bob and the crew of Grey Wolf will be watching weather development carefully. Once they depart, the key issue will be moving quickly. Speed is their friend, reduces risks, and gives them the ability to stay out of trouble, and to take advantage of short term favorable conditions. With a dose of luck, and high average speeds, Grey Wolf and her crew have a ticket that just might win the weather lottery.

The long voyage home for GREY WOLF is of particular importance to us all here at Berthon. As the European agents for the FPB project we are excited to have one of these astonishing 4 wheel drive motor yachts of the ocean in the right hemisphere. We sold her to her owner Peter Watson who is the skipper for the whole trip and he has FPB 78#2 in build in New Zealand just now. Added to that we are excited to see what the Dashew Offshore design team has put together and which has been built by our friends at Circa Marine in New Zealand.

But there is more… Jack Gunstone-Smith is a 3rd year Shipwright apprentice at Berthon.  But instead of being here at the Shipyard working on the restoration of West Solent One Design RIPPLE, he is aboard GREY WOLF for this first leg.  He is one of 6 Berthon apprentices that will sail on separate legs of the voyage aboard GREY WOLF – and now that he’s over his initial sea sickness – he’ll be just fine….!  Also onboard is Matt Hamilton from Circa – a 3rd year Engineering apprentice from Circa as well as the crew of Tony Jones, Jeff Holden and Glenn Harman

We have been following the preparations that GREY WOLF has been making for this epic voyage.  We have seen – 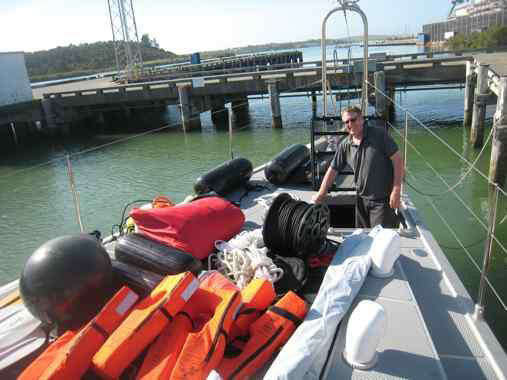 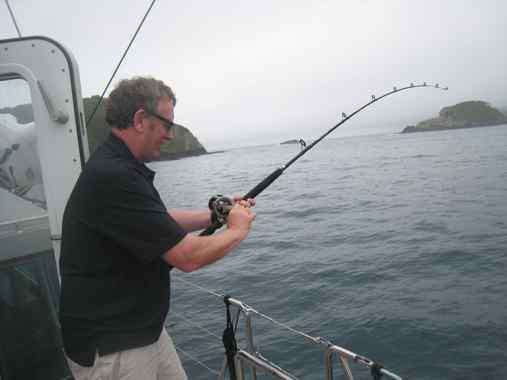 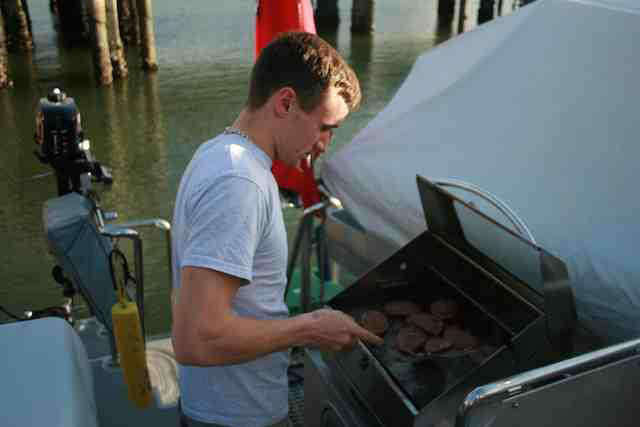 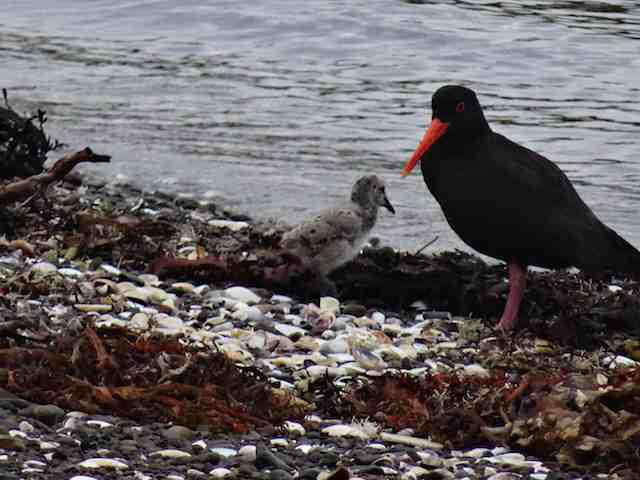 Meeting the neighbours on Great Barrier island – Oystercatcher and her chick 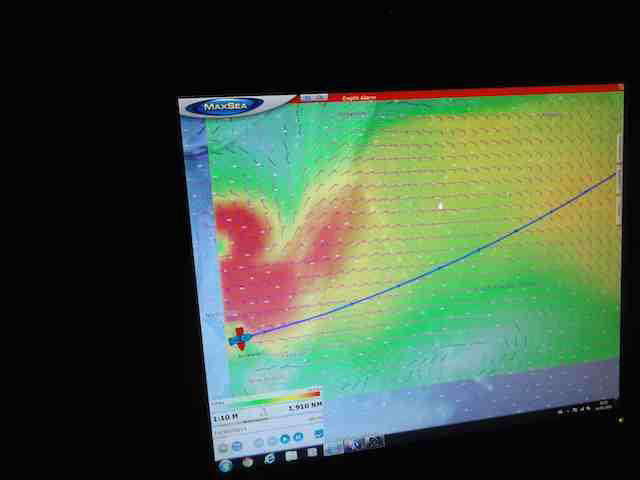 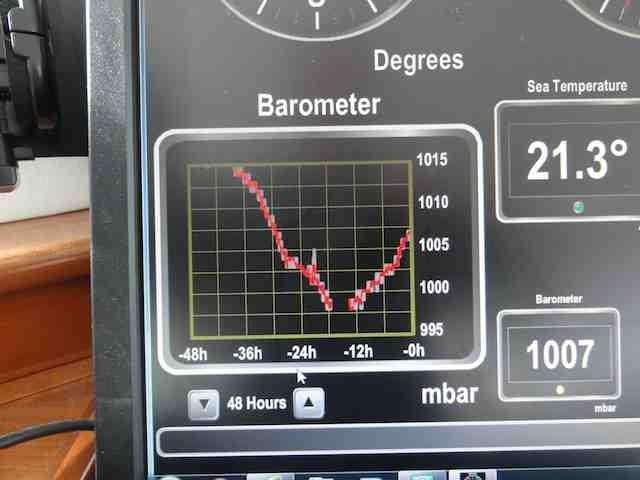 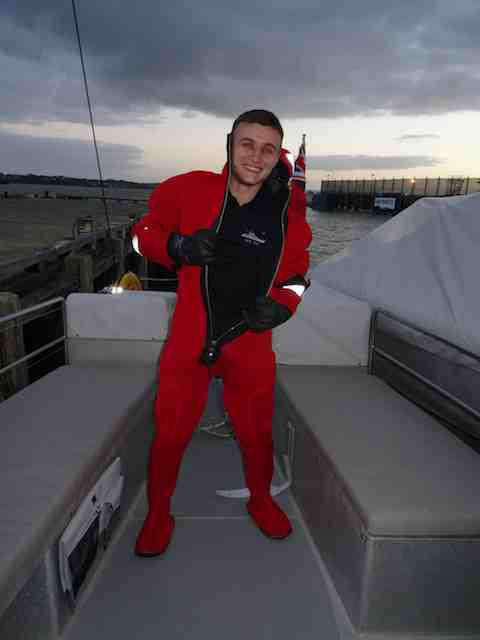 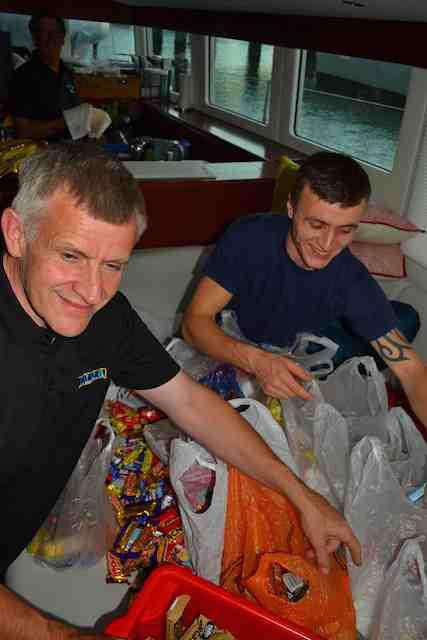 Our friend Tom Cunliffe – yachtsman, great journalist and all round good egg, is helping us to catalogue the Long Voyage home as the story unfolds. He says –

‘The very idea of making this particular 12,000-mile voyage in a relatively small, semi-production motorboat is ground-breaking. The probable weather is far from ideal and the start has already been delayed by a named cyclone in the South Pacific. The first leg of 2000 nautical miles to Tahiti is regarded as a potentially heavy-weather passage and the crew have rolled the dice, playing the odds in a notably active hurricane season. Following the blog over the whole voyage promises a frank human commentary from several young men who never expected to go to sea. It will also secure readers a private glimpse of life on the ocean in one of these remarkable boats.’

Find out more about these bluewater cruising motor yachts – FPB 64