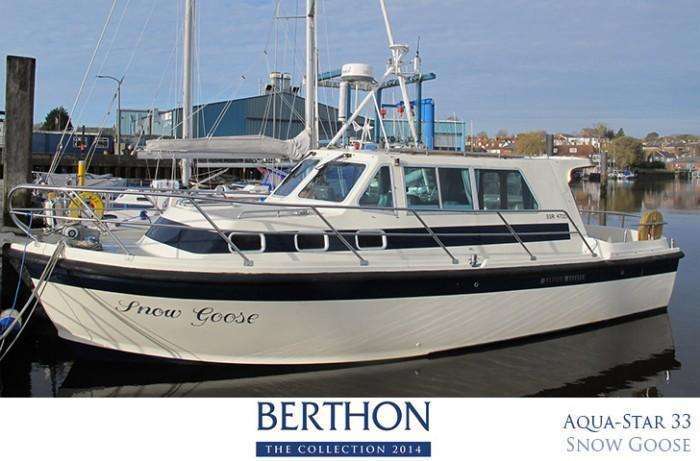 From 1989 with twin 210hp Thorneycrofts, she is a capable, no nonsense cruising yacht with great teak innards and a splendid aft cockpit for all sorts of fun stuff from fishing, to committee boat work to just chilling out with a Pimms.  This owner has owned her for 6 years during which time he has crossed the Channel, cruised and West Country and done every conceivable part of the Solent.  She come to Berthon to live in 2010 and she has been fettled by our very own Berthon Boat Company.   Recent updates include a big engine overhaul 2012, new house batteries 2012, new radar scanner 2013 and a refresh of the heating system in 2012.   Her owner is still smitten but his plans have changed so she must go.   She asks £54,950