Berthon at the Awards

January is always an interesting time in the marine industry, with boats shows and award ceremonies to attend. This year Berthon was lucky enough to be attending both major events, firstly the MBY Motor Boat Awards which coincided with London Boat Show, and then the European Boat of the Year Awards, during the Dusseldorf Boat Show.

The 2015 Motor Boat Awards, sponsored by Pantaenius and hosted by Motor Boat & Yachting and YBW.com, were held at the charming Landmark Hotel in London. The awards looked promising for both Windy Boats and FPB, with 4 nominations heading into the evening’s celebrations.

Berthon Managing Director, Brian May along with Berthon International Managing Director, Sue Grant joined Windy Boats CEO Knut Heiberg-Andersen and Ed Dubois at the awards ceremony. It would prove a very successful evening for Windy, with the awesome Windy 39 Camira winning the hotly contested Sportscruiser up to 45ft category. 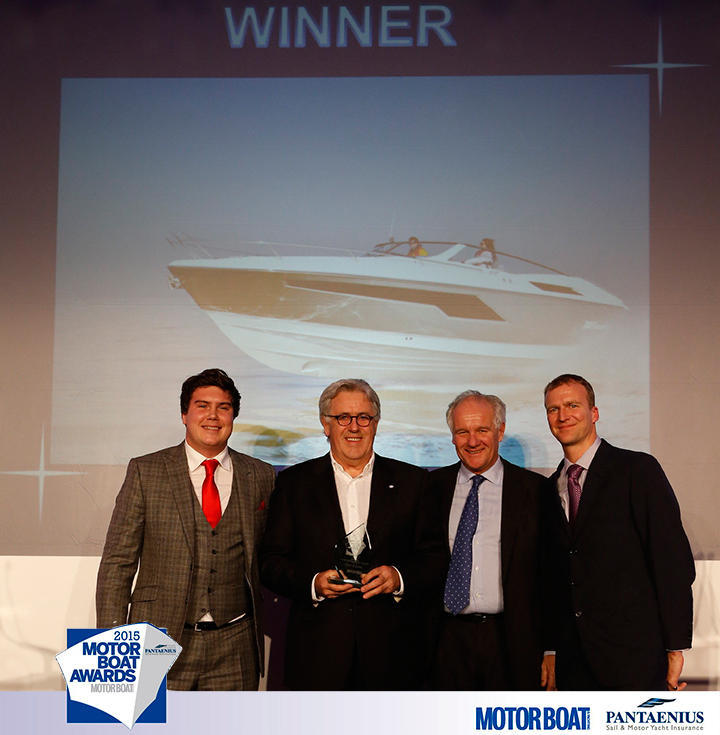 Photographed above holding the award is Knut from Windy with Ed Dubois to his right along with MBY Editor Hugo Andreae and the flamboyant Andy Haines.

Sue Grant was then on hand to collect the Judges Special Award on behalf of Steve & Linda Dashew for their contribution to motor yachting as evidenced by the growing fleet of FPB long range motoryachts from 64’ to 110’. 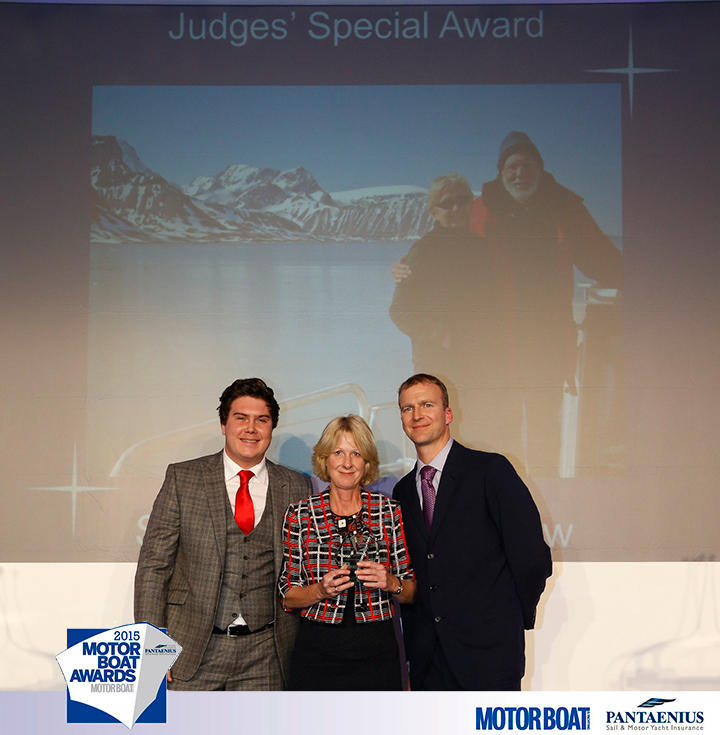 2015 European Boat of the Year Awards

A week after the UK awards, we were in Germany at the Dusseldorf Boat Show, (known colloquially as BOOT), for this year’s European Powerboat of the Year Awards. Each year, Europe’s best in the boating industry are rewarded with the “Oscars of Water Sports“-

The expert panel consists of editors-in-chief of Europe’s top seven motorboat magazines – Boote (Germany), Barche a Motore (Italy), Båtliv (Norway), Neptune (France), Marina CH (Switzerland), Yachtrevue (Austria) and Náutica & Yates (Spain). The jury nominated 25 new boats in 5 length classes for powerboats: up to 25’, up to 35’, up to 45’, over 45’ and the Trawler class.

Windy CEO Knut was at the ceremony to accept the award for the Draco 27RS winning the coveted 35’ category. The judges’ notes read:

“Boats in the 35-foot class must feature practical solutions, good craftsmanship and safe handling on all waters. In this category the prize went to the Draco 27 RS. The Draco 27 RS embodies a modern interpretation of the term ‘Bowrider’. It also scored highly with the jury for its excellent finish and very good handling. Thus, the 27 RS builds almost seamlessly on the virtues of the predecessor models of this traditional Scandinavian brand.”

Berthon would like to take this opportunity to congratulate all the nominees and winners at both awards, especially Steve and Linda for creating the fleet of FPB’s which are now available in 64’, 78’, 97’ versions; with five nominations, two awards and a highly commended, Windy proved that its high brand has emerged from the recession with engines firing on all cylinders.