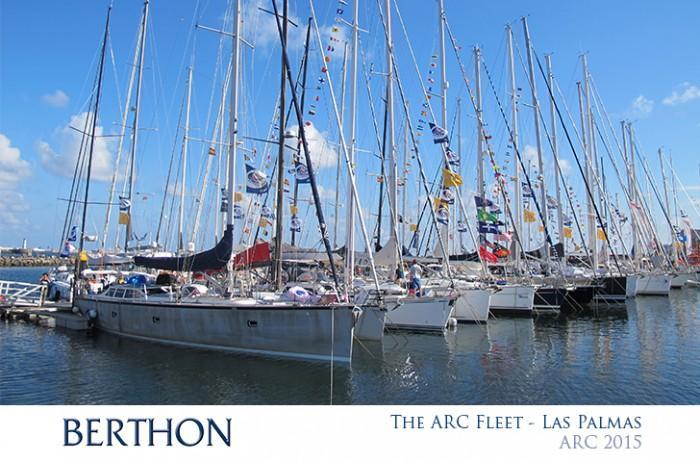 This week, whilst the UK bore the brunt of storm front Barney and his week-long tirade of downpours and grey skies, Berthon sailing yacht broker Alan McIlroy, somewhat reluctantly…, made his way to Las Palmas de Gran Canaria to wish fair winds and good sailing to the November 2015 ARC fleet (and yes, it was warm, sunny with azure blue seas).

The ARC continues to be massively well supported with an international fleet of over 200 yachts whose combined crews’ number around 1,200, gathering in the Canaries every year to make the 2,700nm from Gran Canaria to Saint Lucia.

World Cruising, who run the event, also run ARC + – whose participants sail to Saint Lucia on a circuitous route via Cape Verde.

Berthon has a long-standing relationship with the World Cruising Club as a corporate supporter, and we also work with them to run the WCC Bluewater weekend annually at Berthon. 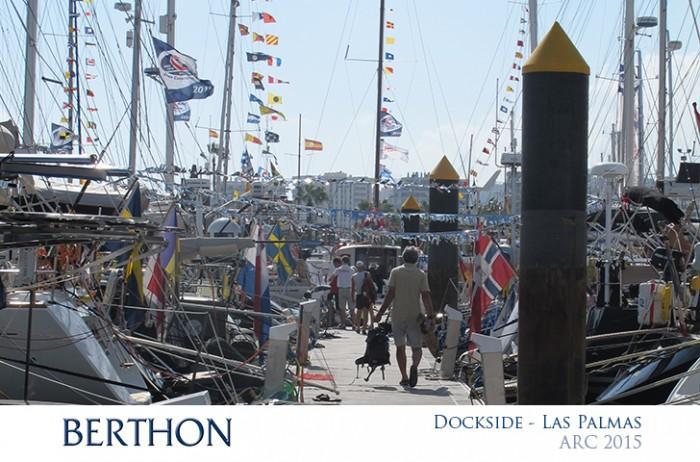 The dockside in Las Palmas always buzzes with activity as skippers and crew work hard taking care of last minute tweaks whilst attempting to stow copious amounts of food and fresh produce. 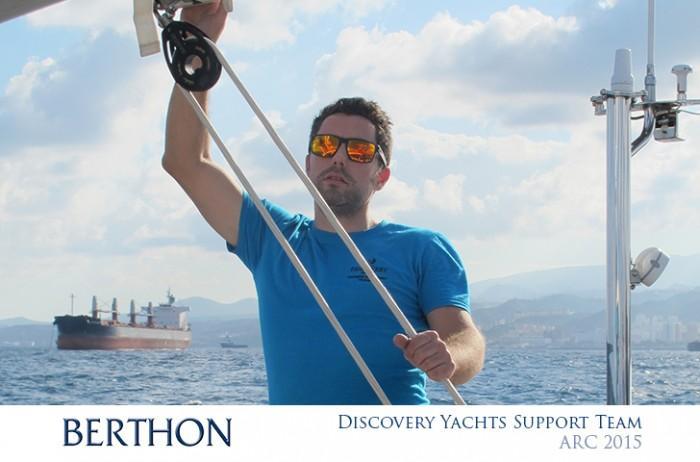 Pictured above is the ‘Discovery Support Team’ on hand making some last minute adjustments to one of the 3 Discoverys sailing across the Atlantic in the ARC this year.

Berthon sent the fleet on their way with some essential information that will be needed on arrival in the Caribbean.   The technical data was of course properly tested by Berthon personnel before print!

It was nice to catch up with so many familiar faces, friends and clients…

To mention a few… 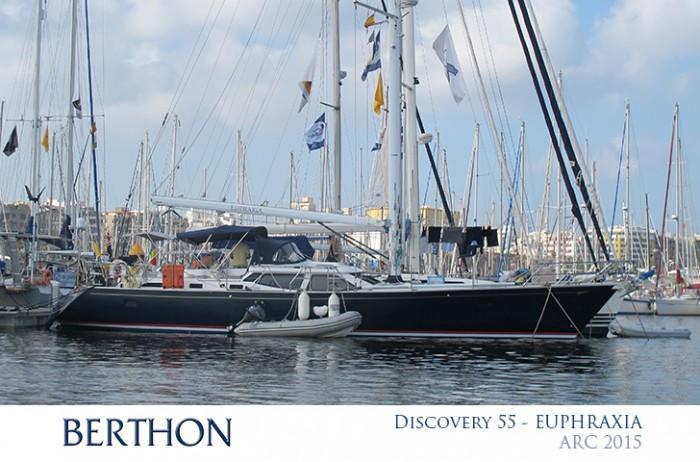 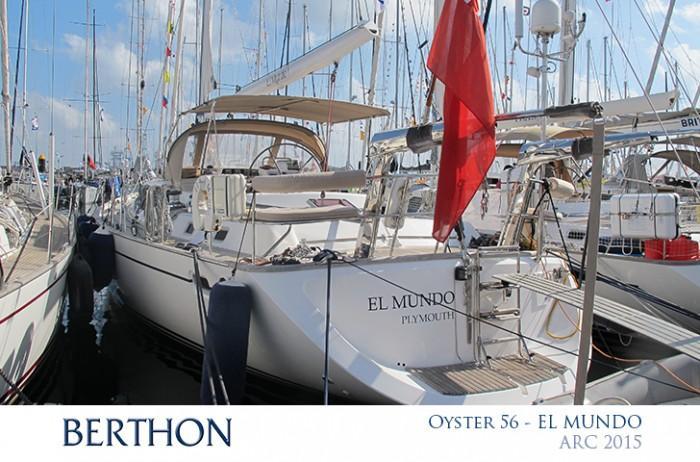 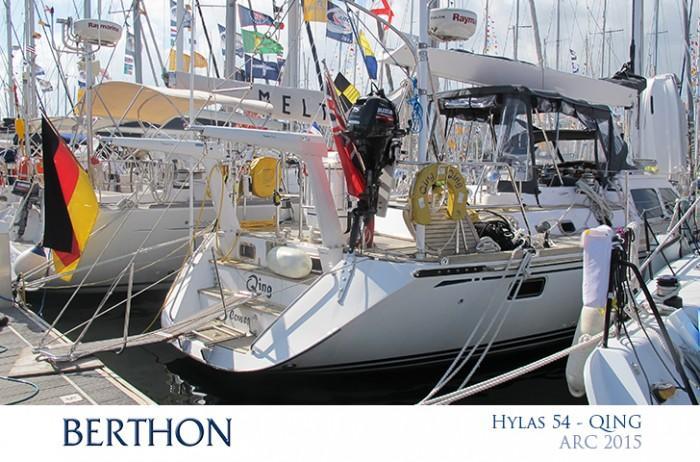 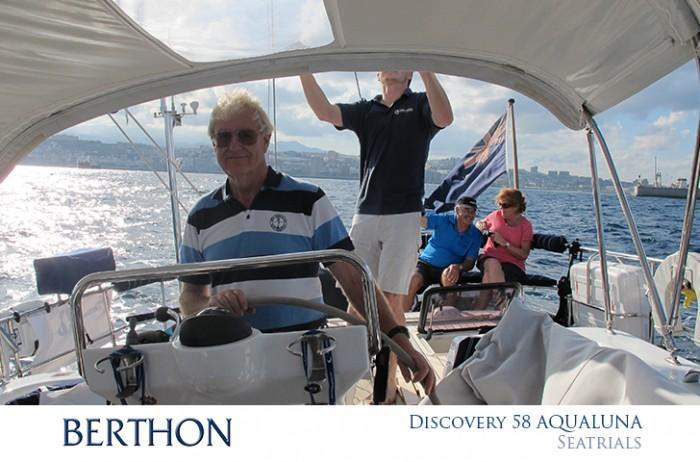 Discovery 58 AQUALUNA was sea trialling during Alan’s visit and in the challenging conditions that you see above, he joined the crew for the trip.   Thank you AQUALUNA.