Home Berthon Blog CHALLENGE BUSINESS 20 – The Greenest of Them All

CHALLENGE BUSINESS 20 – The Greenest of Them All

Here at Berthon, we have been selling, painting, refitting and berthing Challenge yachts for many years and we know the fleet of 67s and 72s well. All the yachts without exception have passed through our hands either on brokerage and/or in refit and as such we are normally always able to offer Challenge yachts on the market. At the moment we are delighted to have a selection of these outstanding yachts; built to circumnavigate the globe against prevailing winds and currents, these extraordinary steel yachts, along with their stainless steel superstructures, still today set the standard for adventure sailing and can be found on most of the planet’s great oceans. They are particularly popular with yachtsmen who want to sail and experience the last great wildernesses on earth – they do both high and low latitude beautifully. 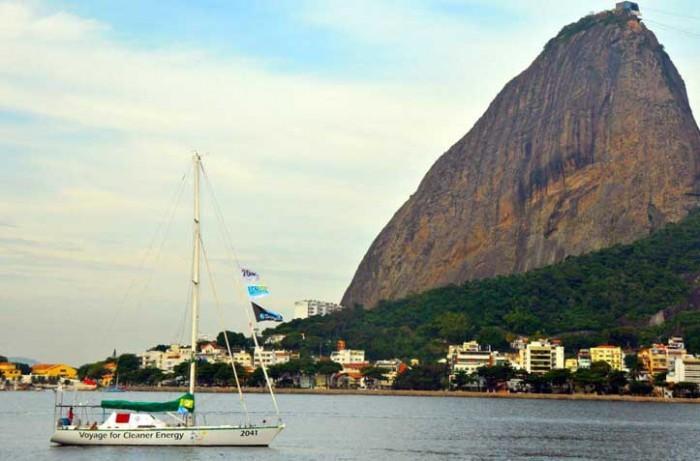 A Challenge 67’, she was the prototype and unlike her sisters she didn’t do every circumnavigation race but since then has done enough. She spent some time in the big Blue Sheds at Berthon being fitted for an adventure when she was called 2041 which aimed amongst other worthwhile projects to highlight the tons of rubbish left behind by those journeying to the poles, and so we know her well. She is able to be coded to MCA Category 0 and still has a lot more to do.

She is also very green……

Robert Swan acquired CHALLENGE BUSINESS 20 in 1999. He christened the boat ‘2041’ in recognition of the 50-year anniversary of the year the Protocol on Environmental Protection to the Antarctic Treaty was signed and the year in which the protocol is subject to renegotiation. This agreement prevents development on Earth’s last remaining unspoiled continent and provides for the protection of the Antarctic environment as a wilderness area. The contract among 27 nations currently prohibits all but scientific activities relating to mineral resources.

Under Robert’s watch, 2041 has circumnavigated Africa and sailed to Antarctica, Rio de Janeiro, England, Australia, New Zealand, Mexico, USA and the Middle East, racking up 150,000 nautical miles. During that time, the yacht has been through a series of refits to keep her updated and safe and has been fitted with scores of eco-friendly features. 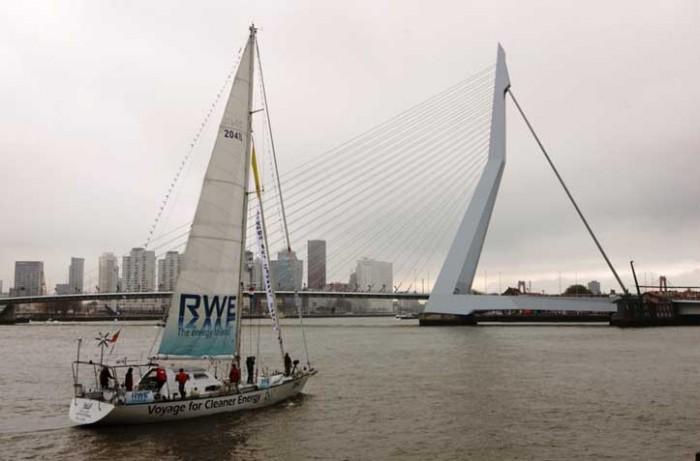 2041’s sails are made from ECOPET, a recycled polyester fiber. The 2041 is the first yacht to utilize recycled plastic sails and uses nearly 500lbs of recycled plastic between the mainsail and headsails. Considering it takes 63 20 oz. PET bottles to make a sweater imagine how many thousands are used for 2041’s sails!

The 2041 is fully fitted with LED (light emitting diodes) lights. LED lights contain no mercury, use 80% less energy than halogens, are low energy consumers, are longer lasting and produce more light. Besides lighting, alternative LED applications can include sterilization of water and disinfection of devices.

Each bunk has been custom fitted with latex ecofriendly foam. Latex is a naturally derived biodegradable product derived from the rubber tree. It is bacteria, mildew, and mold resistant and lasts for up to 30 years. The mattresses are covered in unbleached organic muslin. 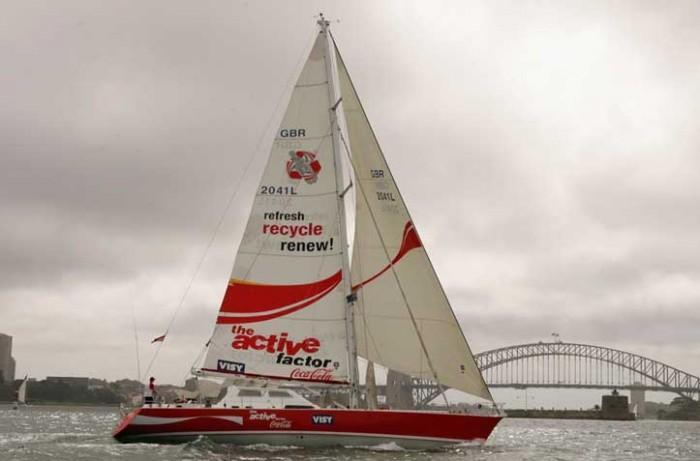 The meals served on board 2041 were all cooked on a two burner alcohol stove. Alcohol is a renewable fuel source and unlike white gas, butane and propane, is not a petroleum by-product and is less damaging to the environment. It is often used for marine stoves as it is considered the safest stove fuel for use in confined areas.

All the yacht’s cushions, curtains, throw pillows and towels are made from Hemp. Hemp is one of the fastest growing biomasses on the planet, and one of the earliest domesticated plants known. Hemp requires little to no pesticides, replenishes soil with nutrients and nitrogen, controls erosion of the topsoil, and produces lots of oxygen, considering how fast it grows!

Sailing is cold and wet so the 2041 has an effective heating system on board! The heater and water heater are both run on biodiesel. Biodiesel is biodegradable, free of sulfur and aromatics and cleaner for the environment.

So that the crew don’t have to run the biodiesel engine to get a hot shower, the 2041 has an alternate solar water heater on deck. A solar hot water panel is a solar water heater that uses the sun’s energy to heat a fluid, usually water, which is used to transfer the heat to a heat storage vessel. Not only is it utilizing a renewable resource, converting to solar is cost effective. 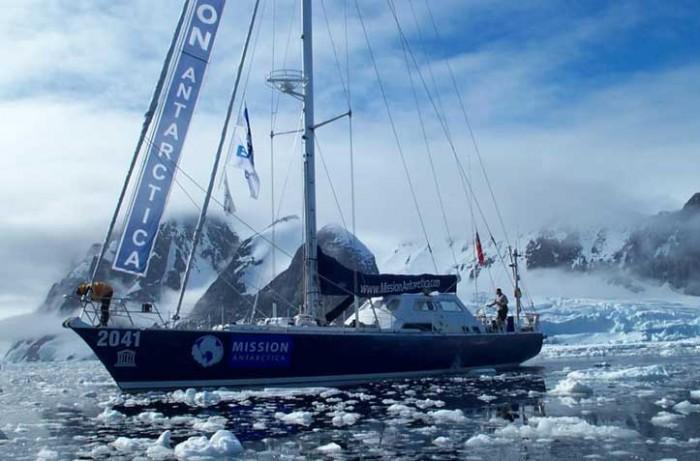 Covering the ecofoam mattresses are organic, eco-friendly Bamboo sheets. Bamboo is considered an eco-friendly material, since the renewable grass can grow as fast as a foot a day. Bamboo also acts as a natural antibacterial by wicking away moisture and blocking bacteria growth.

When sailing as 2041 all paper; toilet paper, paper towels, etc, were unbleached, recycled and compostable. Using eco paper products reduces how much forest we have to cut down so in turn we preserve endangered species and habitats and it also decreases required energy so it reduces fossil fuel emissions. 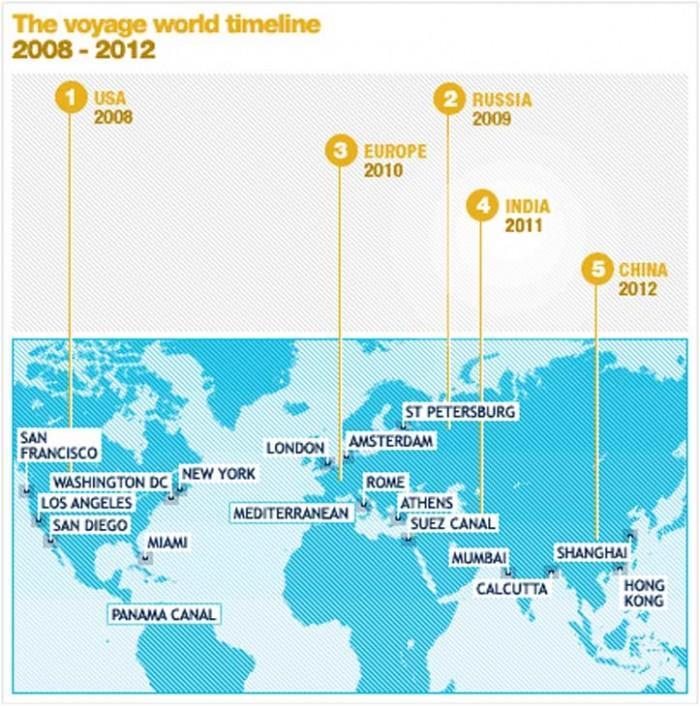 How fab is that? Ask us about CHALLENGE BUSINESS 20 and the other Challenge yachts that we offer for sale. Contact sue.grant@berthon.co.uk.