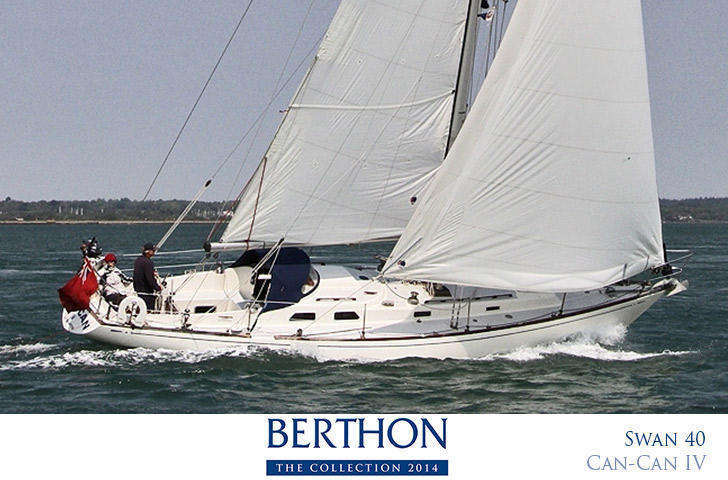 Very much a ‘classic Swan’, the Swan 40 was the 4th design prepared for Nautor Swan of Finland by Sparkman & Stephens and arguably one of the prettiest. First launched in 1970, the production run lasted until 1972 with 51 yachts being delivered, of which CAN-CAN was number 29. Based in Finland through her original ownership, she came to the UK in 1985 and has remained here ever since. With just one change of family ownership between her sale in 1985 and the current ownership, her history is well-established. Extensively refitted by her previous and current owners, she has been set up for short-handed sailing and represents a fantastic opportunity to buy into the prestige of a classic Swan without the high initial capital cost of a ‘concourse’ example or the substantial costs of refitting a more original example. At just £69,950 she is very hard to ignore.