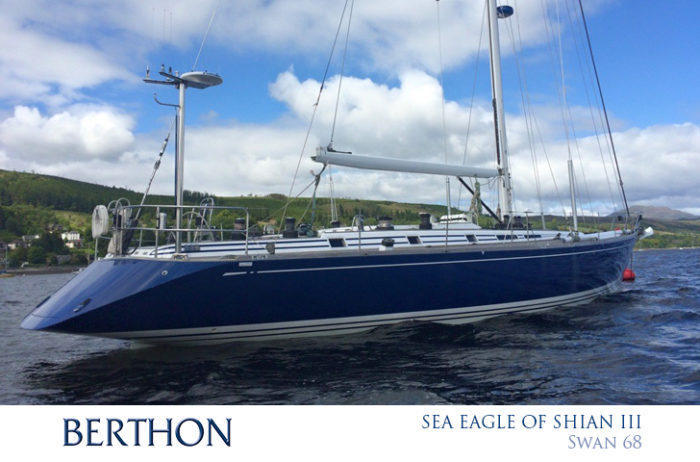 Swan 68 SEA EAGLE OF SHIAN III is now available for sale with Berthon and is currently stored ashore, under cover in Scotland where she awaits a new owner to awake her from her slumbers. Her owners’ change of plans means that their programme for the yacht is now complete.

SEA EAGLE OF SHIAN III has been MCA coded and could be re-coded by a new owner if this was interesting.

Her teak decks were replaced in 2008 and her rig has recently been repainted and she has new rod rigging to go with this. She also has new electronics and a host of other improvements – here is a list –


The updates and improvements have been ongoing through their ownership of the yacht. Below are some other notable updates through the yacht’s life –

Recently inspected by us, here are some photographs which show her as she looks today – 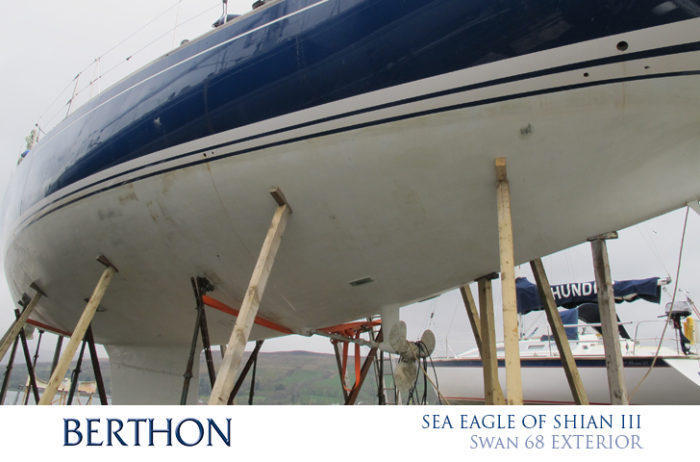 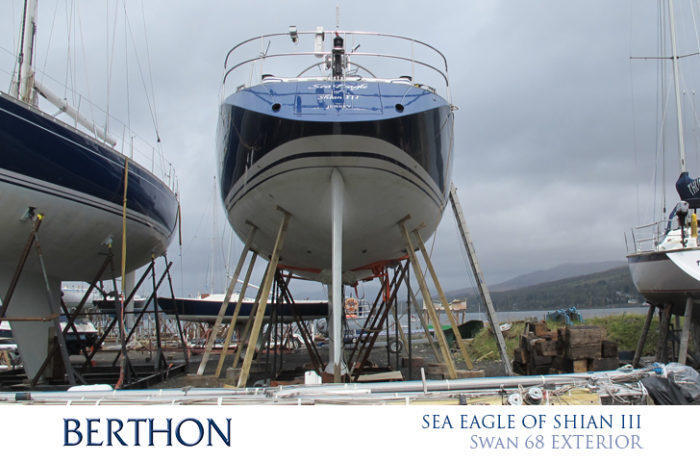 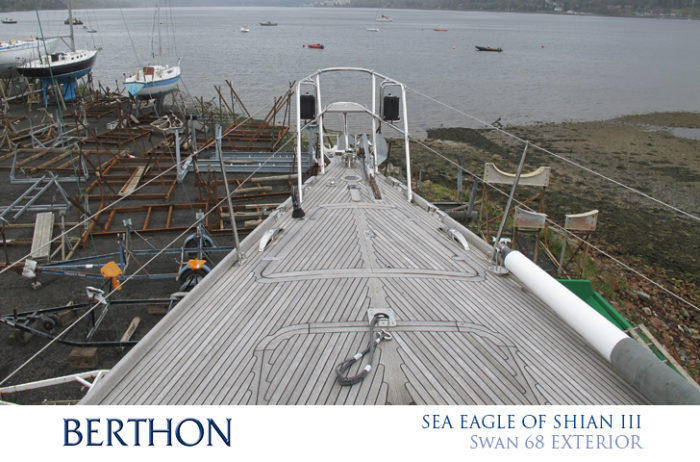 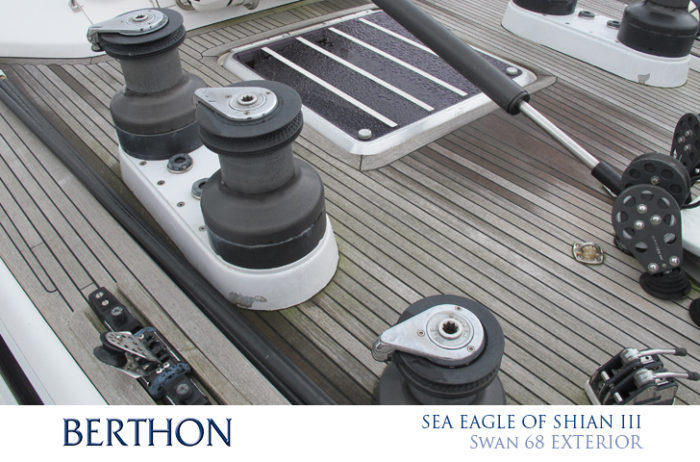 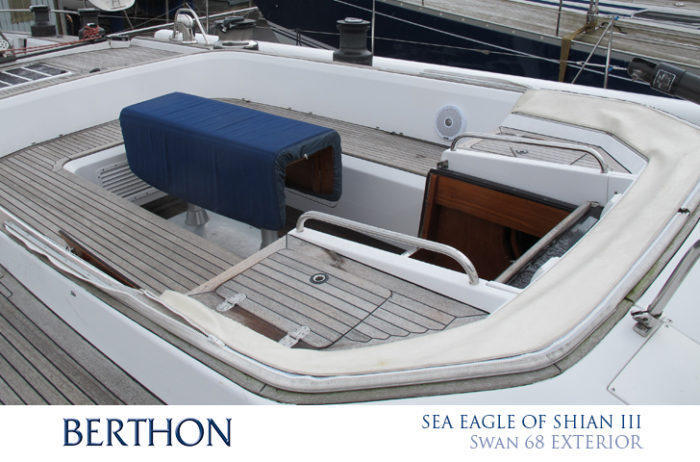 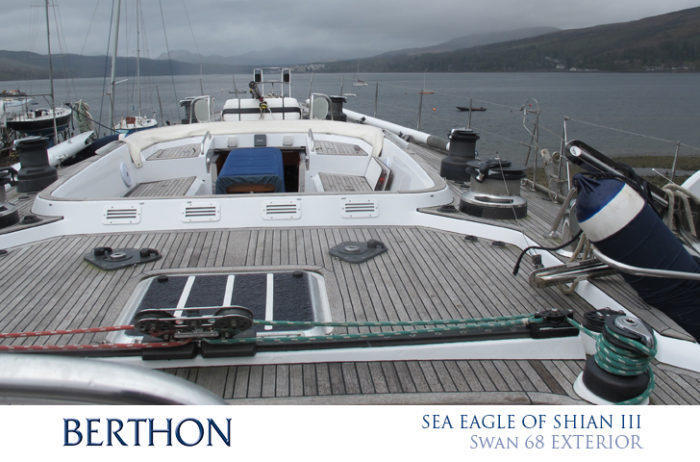 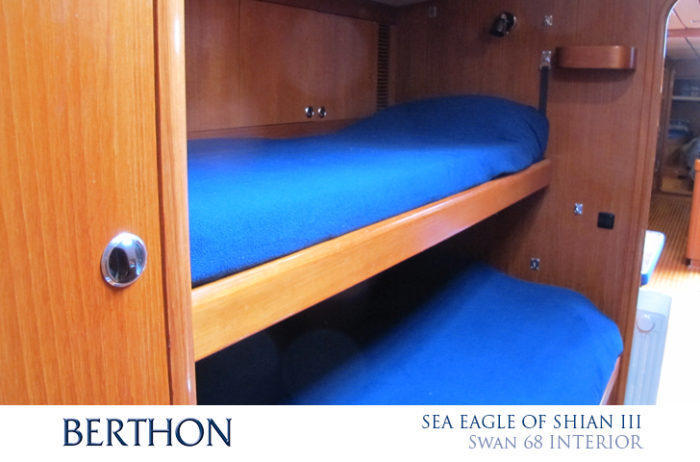 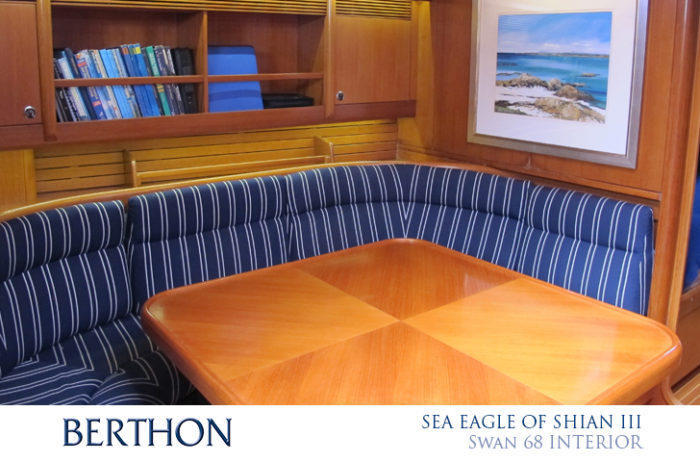 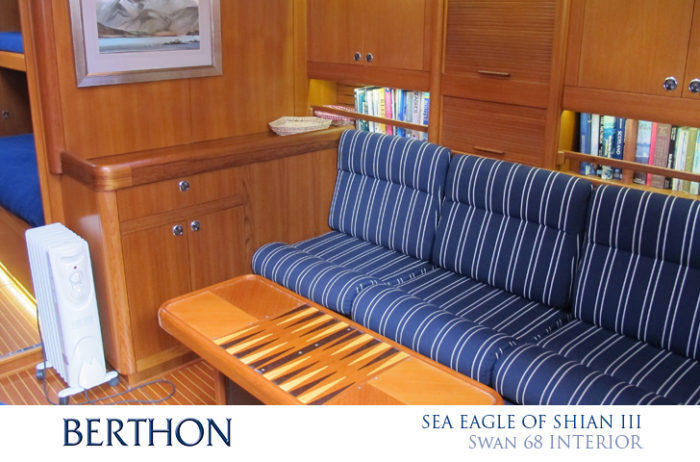 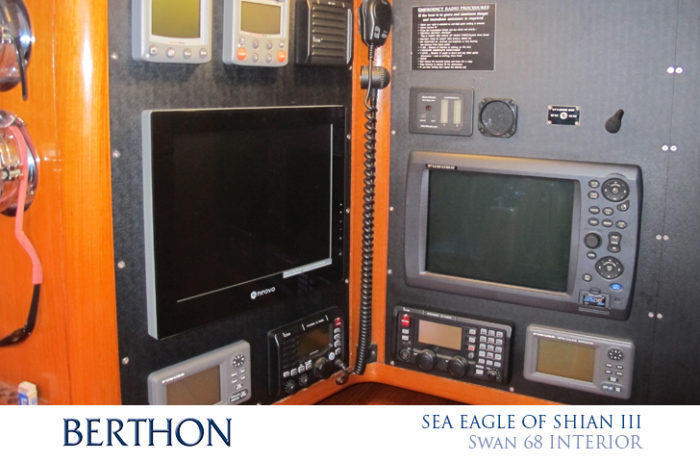 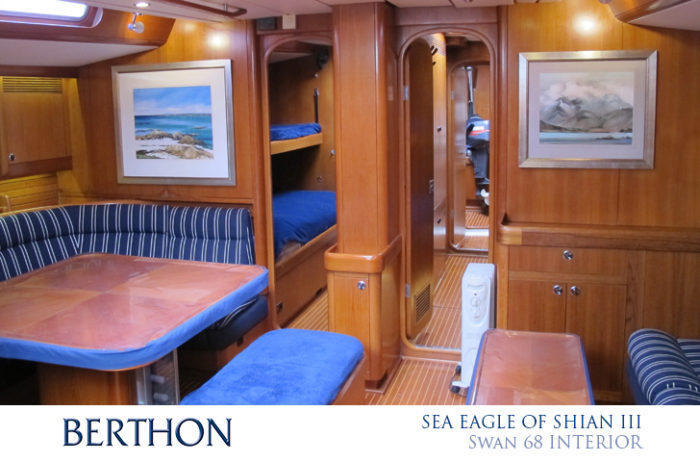 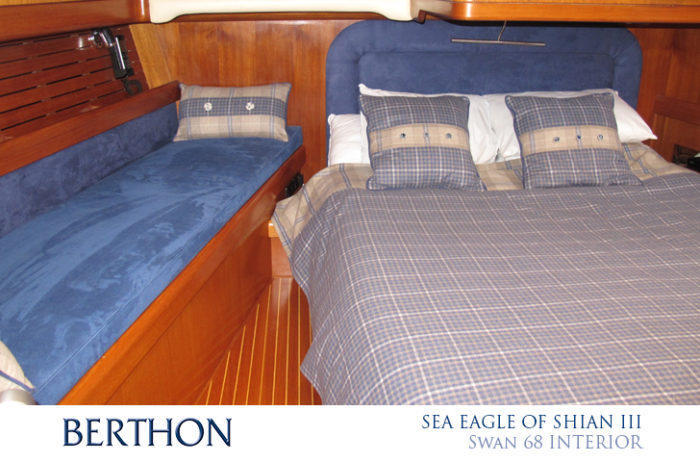 SEA EAGLE OF SHIAN III has been priced to sell and offers are invited. A superb, fast cruiser racer as only Nautor Swan really can, she is perfectly set up for ocean mile munching and comfortable, lazy cruising. She could also regatta with the best of them should you wish.