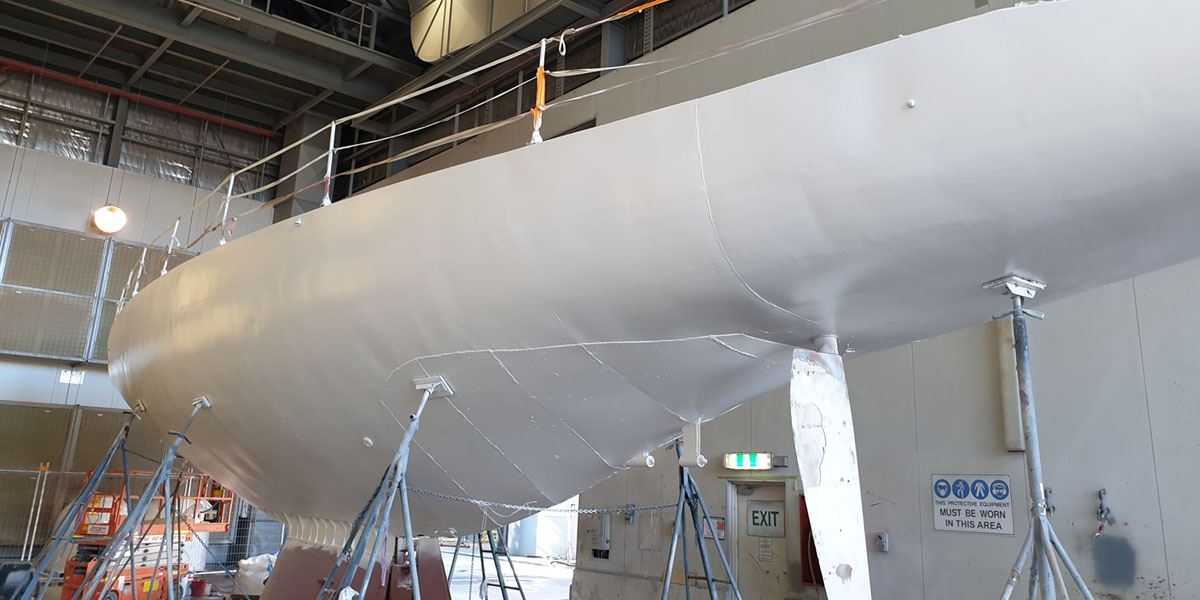 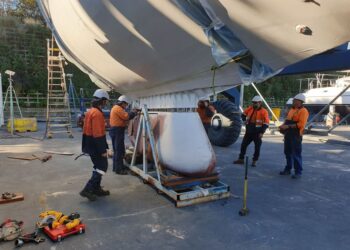 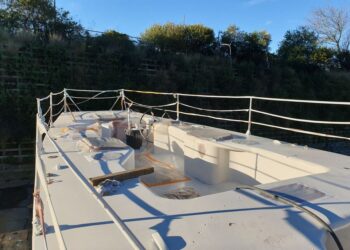 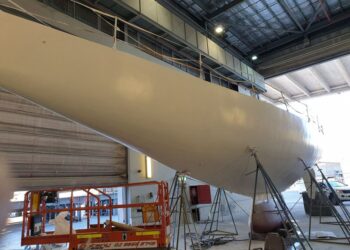 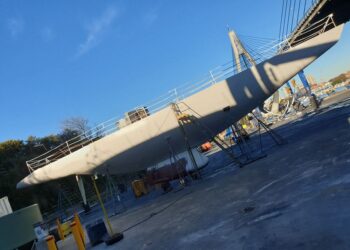 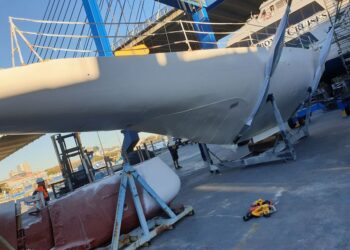 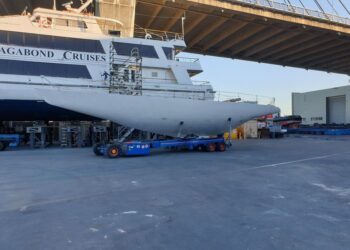 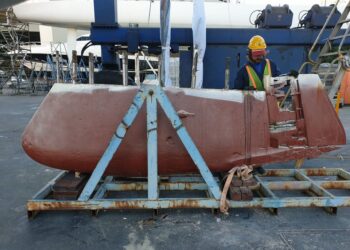 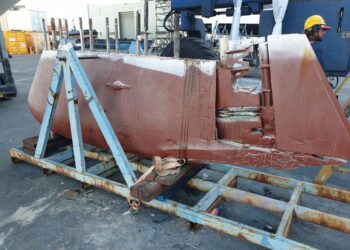 STEAK ‘N KIDNEY is a 12-metre class yacht that competed in the 1987 Defender Selection Series for the America’s Cup for the Eastern Australian Defence syndicate, sponsored by the Royal Sydney Yacht Squadron.

The syndicate began by purchasing AUSTRALIA (KA-5) back from the British Victory syndicate to act as a trial horse while Peter Cole designed the new boat. This new design was finalised after testing 22 hull shapes and 11 winged keel variations at the Netherlands model testing facility, which was instrumental in the success of AUSTRALIA II in 1983.

This new design became STEAK ‘N KIDNEY and was built by Consolidated Marine in 1985 and launched at a ceremony at the Sydney Opera House in April 1986.

STEAK ‘N KIDNEY was one of the several Australian boats that raced for the right to represent Australia in its defence of the America’s Cup in Perth in 1987.

The boat proved to be very fast, and underwent some more modifications in the defender series, and with some new sails finally managed to start winning races, but all too late in the day. The syndicate lacked funds, running on a budget a fraction of their competitor. Their campaign program was too late to be competitive and as a result the boat was short on the latest sails and good crew. She was one of the last 12 Meter Rule yachts ever designed and many have agreed since that, she was one of the fastest.

Since the 1987 Americas Cup the yachts history has been mixed, she was lying decommissioned in Airlie Beach for a while and had been operating as a 25-passenger charter vessel, rather fittingly match racing against her original trial horse and 1977 challenger, AUSTRALIA. In 2004, she was refitted for charter and repainted to original colours of white and pale blue.

She was purchased by the current owner with the intention to put her back in to true racing shape and fulfil her full potential on the racecourse with the Newport, Rhode Island world championship in 2023.

With that in mind, a study by Juan K has been undertaken with the intention of leading the yacht into a refit to make her one of the most potent 12m yachts on the water today.

Plans changed, as they do, and the yacht is ready for the next owner to give the yacht the next chapter in its life. 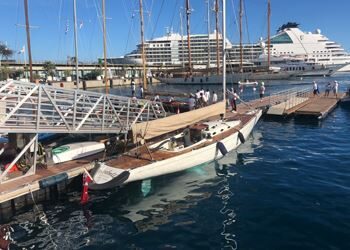 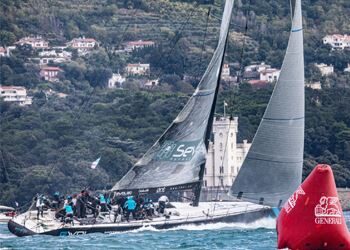 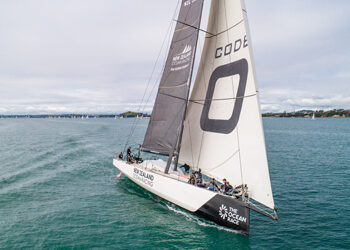