Use your imagination; this could be an exotic ferry, an oilrig supply boat, a super cool party boat or a security boat for a private home/island or perhaps for piracy prevention patrols! A go-fast, no matter what the sea conditions are – or where you are – vessel.

Designed to maneuver quickly, as her design mission from Juliet Marine Systems, Inc. was: “Deliver class-leading performance to commercial and defense applications through our propriety marine technologies, while continuing to innovate and advance the state-of-the-art in high performance marine systems.”

The genius of the founder of Juliet Marine was solving the technical challenge of controlling small water plane area twin hull vessels at high speed. GHOST has shown that it can safely and smoothly transport personnel and payloads through high seas at over 30 knots! Her original build price was well over $6M USD, so her current ask is fairly remarkable.

GHOST can be transported, disassembled of course, via a tandem trailer, and in that case, a trailer-mounted crane for in field assembly would be recommended.

Currently in de-commissioned status in Portsmouth, New Hampshire, USA – which is reflected in the current asking price. The owner is more than willing to discuss the cost to have GHOST launched and fully operational if that is of interest to the buyer. Should the buyer want her shipped out, our office can assist you with the logistics involved, either via trucking or trucking/freighter.

This is a unique vessel, no question, as it has the potential to be used in so many ways. Her owner is standing by to answer your questions.

GHOST is a reconfigurable high speed SWATH vessel that delivers:

Juliet Marine Systems (JMS) is focused on solving problems that have been facing navies and commercial shipping for hundreds of years, including how to travel the oceans at high speed without suffering the effects of water and wave conditions. JMS has developed a high speed, smooth riding SWATH boat (GHOST) that eliminates the debilitating components affecting most current boats pounding through the waves at any speed. The dramatic improvements demonstrated in the GHOST vessel are due to pioneering technologies that allow the underwater hulls to be surrounded by a thin boundary layer of gas, which dramatically reduces friction on the hull and provides for better vessel control. The key feature to these technologies is the ability to generate enough gasses to create a boundary layer and not take power away from propulsive needs. These technologies can be used for all submarines, torpedoes, unmanned vehicles and ocean going ships to decrease transit times, reduce stress on crew, and reduce fuel burn. Juliet Marine Systems has patented technologies that were once subject to Secrecy Orders imposed by PTO/NAVY because of the strategic military advantages they could provide.

Industries including offshore oil/gas, water taxi, and high value cargo transport could all benefit from the GHOST capabilities. In addition, select components including the modular engine assembly and propulsion pods could be configured as direct drop-in replacements for a wide range of existing and future vessels. Based on performance, total ownership costs and payload flexibility, the GHOST vessel stands up very well economically and operationally to alternatives such as helicopters and other high-speed surface craft. 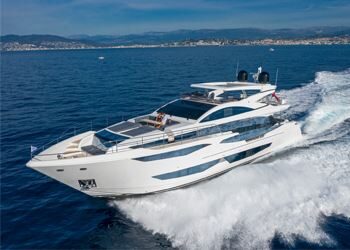 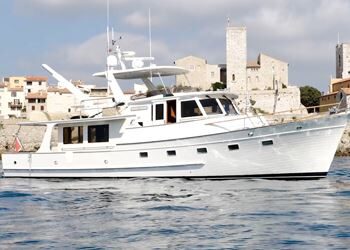