Grand Soleil 50, BELLA OF LONDON is a capable and well-prepared cruiser racer from Grand Soleil with powerful lines from Judel/Vrolijk. These yachts are long legged and robustly built and this yacht has the owners’ layout with 3 sleeping cabins and 2 heads compartments.

Originally launched in 2005, she was purchased by her current owner in 2013, who has invested in her heavily to make her suitable for his programme of cruising and racing – including an ARC Rally in 2013 and 3 Fastnet races as well as extensive cruising in northern Europe. She has also been coded to MCA Category 2 for commercial use as you wish. During the last 5 seasons, over £70,000 has been invested in upgrading BELLA to ensure that she is totally plug and play for this owner.

BELLA OF LONDON has a lot of upgrades and improvements over her more standard sisters including a larger than standard 75hp engine and tall rig for better sailing. She also comes with a retractable bowthruster, holding tank, Webasto heating and watermaker.

Other nice kit includes recent stainless steel wire rigging, Sanders and North Sails carbon sail wardrobe, both asymmetric and symmetric sails with all the gear and Raymarine instrumentation. She has also been upgraded with the provisional of custom stainless protectors and organisers on deck and below which look great and which are super practical.

She is versatile with her family layout, performance sailing specification and coding for charter. As with all Judel/Vrolijk designs, she also looks fantastic.

We purchased Grand Soleil 50, BELLA OF LONDON in 2013 when she was based out of Portimão in the western Algarve, Portugal. Little did we know that the idyllic test sail in the sun and blue sea with dolphins playing with the bow was to be a prelude for such great things to come.

Since owning BELLA OF LONDON, we have sailed many thousands of miles having been to Gibraltar, Tangier, the Canaries, the Caribbean via the 2014 ARC, the North French coast, three successful and hugely enjoyable Fastnets and cruised round Britain. During this time, we have built complete confidence in her through all conditions. She is fast, fun and comfortable.

We have spent a considerable amount of money on BELLA bringing her specification up to the level required to do all the exciting things that we have been able to do. BELLA OF LONDON is far from a standard Grand Soleil 50! BELLA OF LONDON is currently configured to sail with a full crew, however, some minor and inexpensive adjustments such as fitting a lazy bag for the main and a spinnaker sock she could sail short-handed very easily.

Our reluctant decision to sell BELLA OF LONDON is due to commitments of our personal time and business. BELLA OF LONDON has been meticulously maintained and consistently used with a majority of the maintenance and upgraded works carried out here in Lymington by the Berthon Boat Company. To sail BELLA OF LONDON back across the Atlantic would not take too much more than packing some extra ‘sandwiches and a flask of tea’. 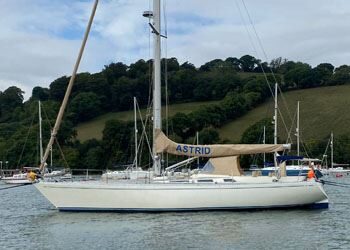 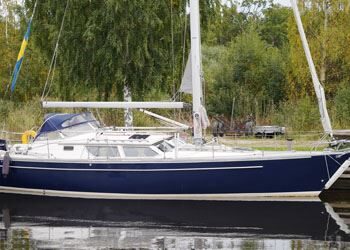