A sparkling example of the Maxi 1300 performance cruiser from Pelle Peterson and Maxi Yachts – with her sleek lines and shiny topsides, she covers all the bases. Her sailing prowess will put a smile on any sailor’s face. She definitely falls into the performance cruising category while providing superb accommodation and endless stowage for all the cruising kit and family.

Her twin steering pedestals house the sailing instruments and the primary winches, making them easily managed from the helm.

She is still in her original ownership. Compromise is not a word that has featured in her care (recent upgrades have been extensive as detailed in her particulars) and maintenance on the yacht has been kept in tiptop condition regardless of cost.

Recent sails, engine, batteries, electronic management system and rigging leave little to do for the next owner. Now reluctantly offered for sale to make way for a larger replacement to house a growing family.

The yacht has only ever been owned and skippered by the current owner, not raced (other than Round the Island Race) and used lightly for family sailing and holidays.
BLUE MAX OF COWES is a fantastic yacht that has provided much comfort, enjoyment and exhilarating sailing and is only being sold to make way for a larger blue water yacht.

BLUE MAX OF COWES has been professionally maintained from new to an exceedingly high standard by Maxi specialist John Haskins of Haskins Marine who was subcontracted by the then UK Maxi Agent SD Marine to assist in fitting the yacht out prior to launch in 2007.

With the assistance of Haskins Marine the yacht has been continuously improved and upgraded in many important areas. Perhaps the most significant upgrade was to convert to Li-ion battery technology using Mastervolt – the impact is so significant that you can go extended cruising without having to plug in to mains electricity – this summer we were out for 6 weeks without plugging in once while using an electric toaster each morning.

The yacht has been maintained to a standard such that frequent admirers have made the mistake of assuming she is new. 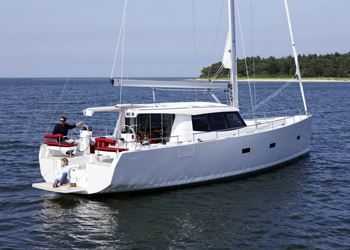 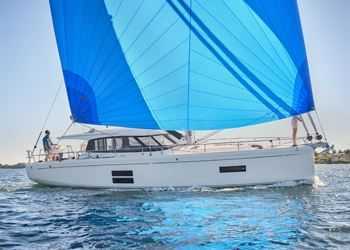