FLYING CLOUD is a well-known example of the hugely popular Swan 44 MK II, and one of about 10 we sold in the late 90s and early 2000s. Originally named CRESCENDO, under her first owner, she won the Swan regatta, the Bermuda race, and many other prestigious events. She was well spec’ed from new, and had many modifications over the standard boat, such as a taller 3 spreader mast, longer boom, pilot berth on the starboard side (for the Bermuda race) and then had her keel and rudder templated and faired. She was mainly dry sailed for the first 11 years of her life. She is also totally cruise capable, with a bathing platform, and a beautiful teak interior.

Since selling to her current owner in 2010, she has largely been used for day sailing, the NYYC cruise and a few other non-spinnaker events. In recent years, she has had a new engine and saildrive and a set of new sails. 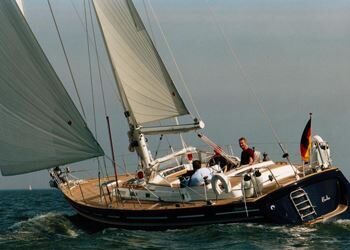 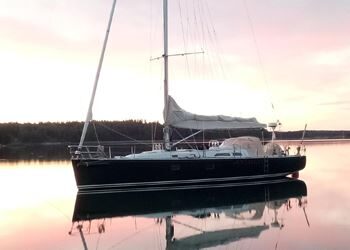