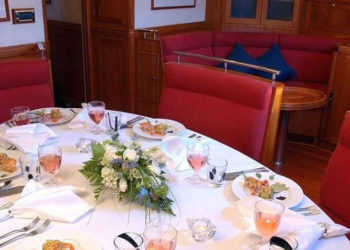 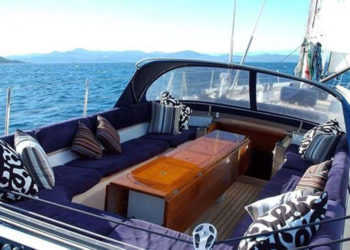 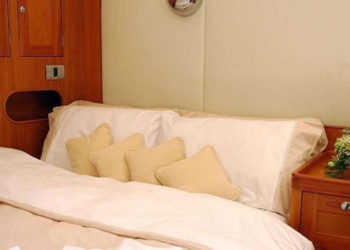 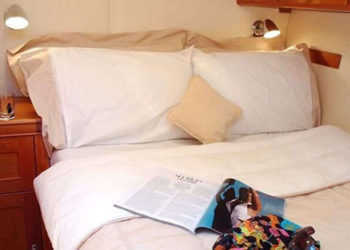 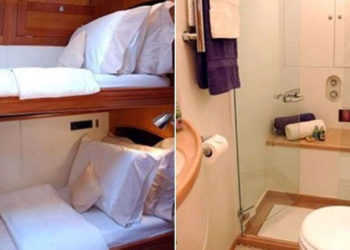 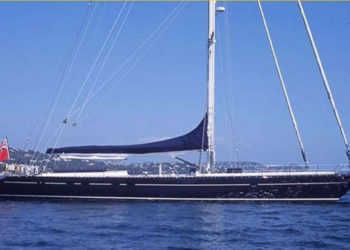 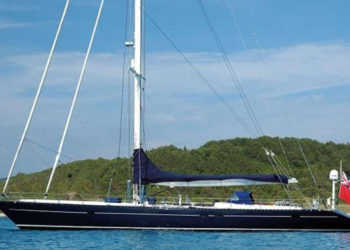 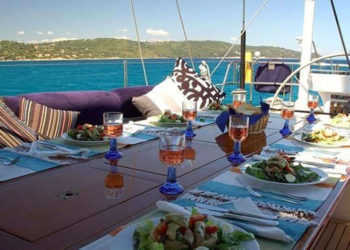 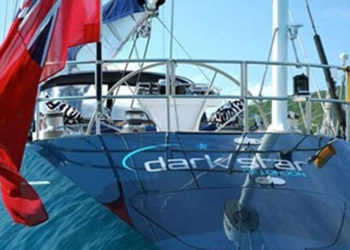 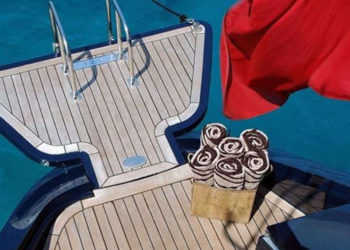 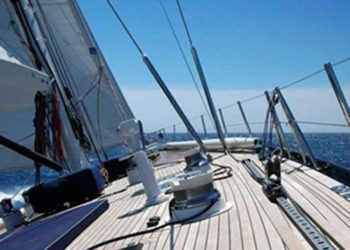 Yachts designed by Martin Francis are always striking, practical, with fantastic accommodation and great deck layouts and they always turn heads. The Trehard shipyard built a series of large bluewater cruising yachts in the 1980s, and DARK STAR is one of their number. Originally called CONCORDIA, her second owners renamed her BUZZY B and in 2000, she was dispatched to Camper & Nicholsons in Gosport in the UK for a total nautical makeover.

At that time, everything was reviewed and replaced from machinery, to electrics and plumbing to decks, paint and hardware. Little of the original yacht remained. Even the interior was redesigned. After this, she took her owners around the world, safely and in great comfort.

In 2007/2008, her next owner sent her back to her build yard Trehard, for an extensive review. Once done and with a sailing programme complete, her current owner purchased her in 2010. Since then she has been professionally maintained and fully crewed

Her programme has taken her throughout the West Mediterranean and around the French Riviera and Corsica, as well as to the Caribs for the winter season. During this period apart from sailing with the owner and his family, she has been a very successful charter yacht.

Running with a captain and chef, with a deckhand, and occasional stewardess when needed, she has ample room for crew as well as 5 double cabins for guests forward. There is a large owners’ stateroom forward, 2 twin bunked cabins and 2 further double cabins. All the cabins have their own en-suite heads compartments.

She has glorious flush decks together is a huge entertaining cockpit that easily accommodates 10 people. She also has a great stern platform, which is the perfect place for watersports or from which to join her dinghy.

DARK STAR is now ashore under cover, with lovely new dark blue topsides paint. She has been carefully decommissioned and awaits her new owners to awake her from her slumbers and to take her sailing.

She is perfect for world cruising or for a family cruising role. Her layout also lends itself perfectly to a charter programme to help to offset some running costs.

Special conditions relating to the offer to sell DARK STAR

It is expected that any prospective purchaser will wish to have a full condition survey carried out and to have a sea trial. Of course, we offer a full structural survey carried out by Jim Pritchard in October 2019. This can be used in conjunction with a fresh survey or however the purchaser wishes in order that he/she satisfy themselves of the condition of the Yacht.

It is also expected that the purchaser will wish to sea trial the yacht. As is normal in international yacht sales it will be the purchaser’s responsibility to launch, re-rig and commission systems at their cost. If they do not purchase the yacht following this process they must reinstate her to her current position ashore.

It is appreciated that DARK STAR has now been ashore for some years. She was fully decommissioned at that time and is undercover away from the elements and kept fresh. However, there are some unknowns around this process, which may lead to additional cost.

Therefore, to ameliorate this risk, the owner is prepared to make available a sum of up to €150,000 to be contributed at the closing of the sale, against rectification of items that do not operate after normal commissioning, to assist in putting them in a working condition consistent with their age and usage to an insurable standard. The following items are covered by this offer –

In the event of a dispute, Jim Pritchard shall be the final arbiter in terms of condition and usability.

The owner discloses that the mast section needs investigation, new standing rigging is needed, as well as new batteries – house, engine and genset start, electronics and AV. In making an offer, any purchaser should be aware that these items would need to be dealt with to his or her account.

She is a truly beautiful yacht and she is mistaken by some for a Nautor Swan. For me, it was always a pleasure to host guests – friends and family – and see their reactions to her. We were never short of guests and the family have loved spending time aboard her. It is fabulous being out sailing aboard DARK STAR, in a stiff breeze, where you can feel the yacht working beneath you and hear all the sounds of the yacht. You feel very safe whilst enjoying an exhilarating, authentic sailing experience. The large wheel is particularly enjoyable and we sometimes fly a beautiful red lightweight spinnaker, which is breath taking.

The owners’ cabin is particularly nice. It is well set out, spacious and has a full-size en-suite shower room. It is a pleasure to wake up in the morning and just potter around in the cabin.

The setup of the sleeping cabins is very practical, as all the cabins are off a central corridor.

DARK STAR’s huge cockpit table comfortably seats 10 people. The cockpit is a nice space to sit (and sleep!) in, and to eat alfresco. It is perfect for enjoying the sunshine and views during the day and stargazing at night.

The separate crew hatchway is very practical giving the crew easy access without disturbing family or guests.
The swimming platform we love and it is a great aid to embarking and disembarking as well as for swimming and water sports.

DARK STAR attracts admiring glances wherever she goes and she’s a yacht that stirs emotions. I am incredibly proud to have owned her and take great joy in passing her on in good shape for her new owner to love and enjoy.

During our ownership, we have cruised with family and friends mainly in the Northern Mediterranean, and also in the Caribbean. We even bought her back to the Solent for the Round the Island race – when we had Ellen MacArthur on-board crewing for us! 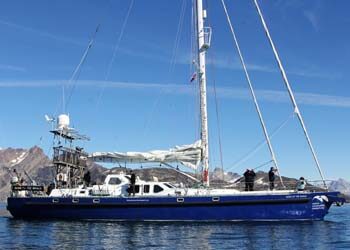