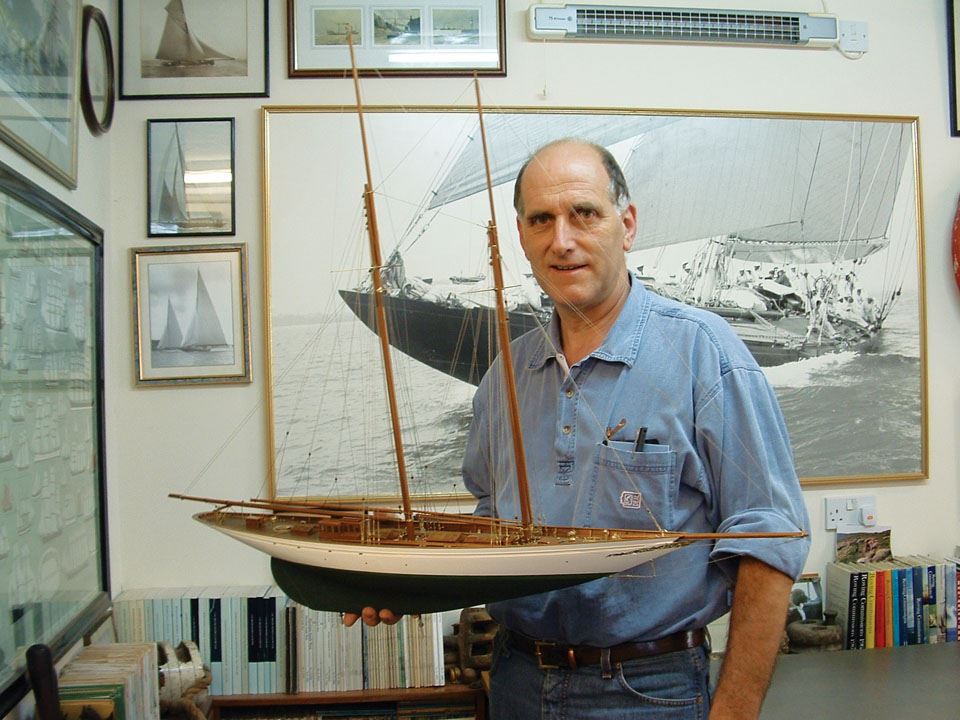 I first set foot in Berthon in the 60s. I was a timber yachtbuilding shipwright apprentice at Port Hamble, a rival boatyard on the Solent, and a chum was apprenticed at Berthon. I recall seeing SEA BREEZE. Bill Tilman’s Bristol Channel Pilot Cutter when I was there.

I had10 years mastering the mysteries of wooden yachtbuilding in Hamble, and Salcombe as Shipwright to the Island Cruising Club.

Before moving, at Port Hamble I experienced the glory days of early IOR, working on Ted Heath’s MORNING CLOUD, and the Admirals Cup yachts owned by Owen Aisher, Ron Amey and others, all of which found their way to the yard for refit. In fact when fitting new stainless steel genoa tracks to MORNING CLOUD, her owner came aboard for a chat! Turns out that my modification gave the boat a real advantage on handicap when winning the Sydney Hobart race!

At the Island Cruising Club I cared for their 3 large training yachts that some of you may remember – a 72 foot Camper & Nicholson gaff schooner HOSHI, built in the early 20th century, PROVIDENT, a Brixham sailing trawler built in Dartmouth in 1924 and a Milne designed Fife sloop, IRINA VII.

In 1971 I was on the crew of PROVIDENT just after she was bought by the Maritime Trust when she sailed just along the coast to Plymouth to meet the Trust’s president, the Duke of Edinburgh. I was tasked with showing him a cast brass ellipse celebrating the Trust’s ownership of PROVIDENT, which I had mounted on a moulded teak plinth, and he asked me what I did for a living… When I told him, he said ‘I would love your job, would you like mine?’. I am afraid I had to tell him no thanks! 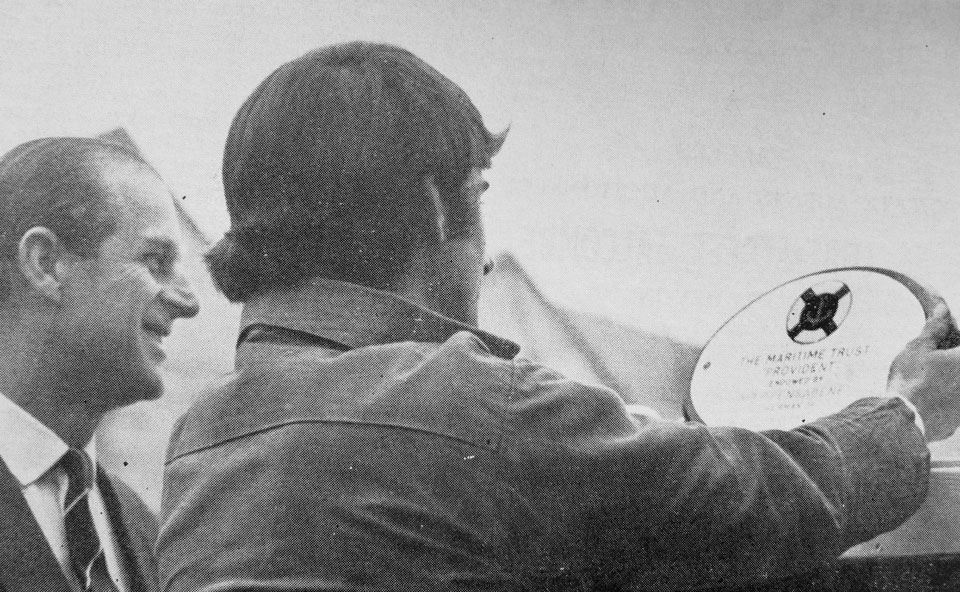 Next came a period at Tideway Boat Construction in Salcombe, working with one of the best shipwrights in the business, Nigel Chope, now sadly no longer with us. I learnt a lot about shipwrighting (as well as fishing!) from him.

The mid 1970s were a grim time, coming on the heels of Ted Heath’s premiership and in the depression that followed, 75% of the UK yacht building workforce were laid off – including me!

I have always felt that sailing and flying have a close affinity – using airflow over either sails or wings to generate either lift or motion. Many connected with flying not surprisingly sailed too, and through working on their yachts, I met people like the test pilot, the first to break the sound barrier Neville Duke with his Robb Yawl CASQUETTE and later his motor yacht SOUTHERN FLIGHT.

Another was Peter Twiss who held the World Air Speed record – being the first to break the 1,000 mph barrier with a Fairey Delta, and another Fairey test pilot Sam Moseley. Another thrill was to meet Jeffery Quill Chief test pilot for Supermarine and the Spitfire.

So the mid 1970s were upon us, it was a crossroads in my life. I had done the extra year at the College of Technology in Southampton and achieved an FTC qualification with a distinction in yacht design. I was given the opportunity for four years to train as a surveyor with Lloyds. However, I had been in Devon and it had me in its clutches; I was reluctant to head to London to complete my training. My family have roots in this place going back to 1278, and so I settled in Salcombe in the middle of the town and contemplated whether I would be able to make a living as a builder of Ship’s models for connoisseur collectors worldwide.

45 years on, I have been building models back to back. Commission number 60 is for a client in Washington DC as a memorial to his late wife and her family, he has commissioned a model of a schooner built by her family in Salcombe in 1867.

My work can be found all over the world, finding homes with clients in Australia, Chile Central American, North America and Holland. Of course some of my models are in Museums and in private collections in the UK.

In 2018 I was commissioned to build a model of the last of 3 big class racing cutters commissioned by John Jameson, the Dublin whiskey magnet in the 19th century. The first was SAMOENA built by Inman and Sons at the Shipyard in Lymington – now home to Berthon – in 1880, and then IREX in 1884 and IVERNA in 1890 both of which were built in Southampton. IVERNA’s wreck lies in Salcombe harbour on the beach and my model of her is shown here.

2020 brought my 70th birthday and with the current world medical crisis engulfing the World, my order book has suddenly dwindled, so that with the completion of my current commission in August, I may well have run out of orders for the first time. I had hoped to continue to build models well into my 70s and I am good for at least another 7 models before I put my tools away for good.

My work building miniature replicas of maritime vessels involves a huge amount of research to ensure that the models are as accurate as possible. Several years ago I was delighted to hear that I had been elected a Fellow of the Society of Nautical Research, who’s President is the same fellow who offered to swap jobs with me all those years ago.

During my career, from time to time, my work has come onto the market and I am pleased to say that it has rocketed in value since build. In 1980 I was commissioned to build a model by a client in Salcombe with investment in mind. He asked me to build a model of one of the famous fast schooners for which Salcombe is renowned. These swift transporters of the 19th century carried citrus and exotic fruits, which as today, had a definite shelf life, hence the need for speed. The commission cost him £3,750 and thirty years later, I sold her for him for £48,000. I have repeated this sort of extraordinary return with other models that I have sold for my clients, and of course they are far from unhappy with the outcome.

The image of CICELY – you can see that all the deck furniture and chart house are dovetailed together, there is a laid partially swept teak deck and the hull is fully planked. She is a beautiful subject to model. In case you are wondering, there is a yacht that I would love to model. SUZANNE – she was William Fife’s favourite design and Beken of Cowes has captured her on film – look her up, and if you’re interested to have a model of her, who knows what might happen… 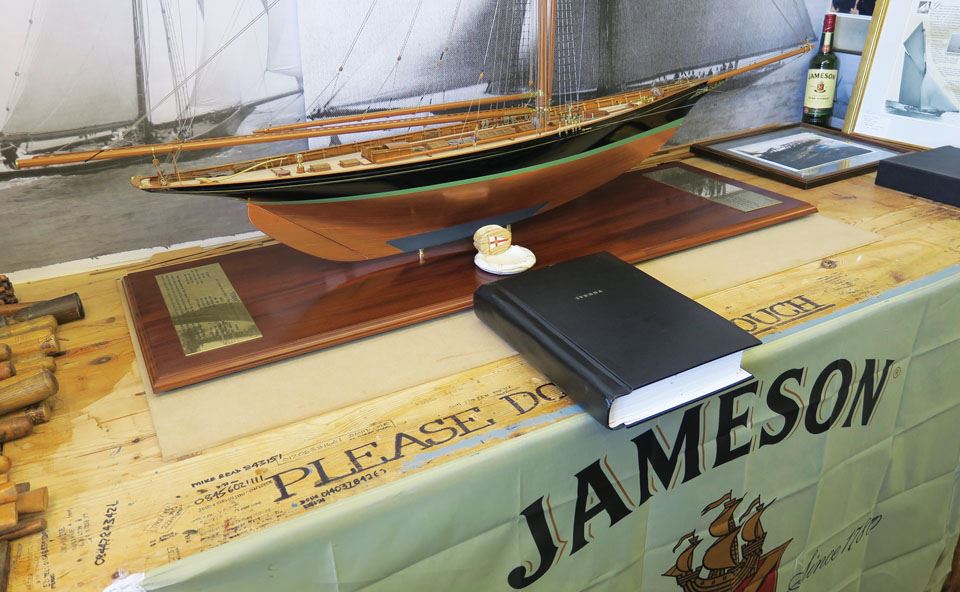 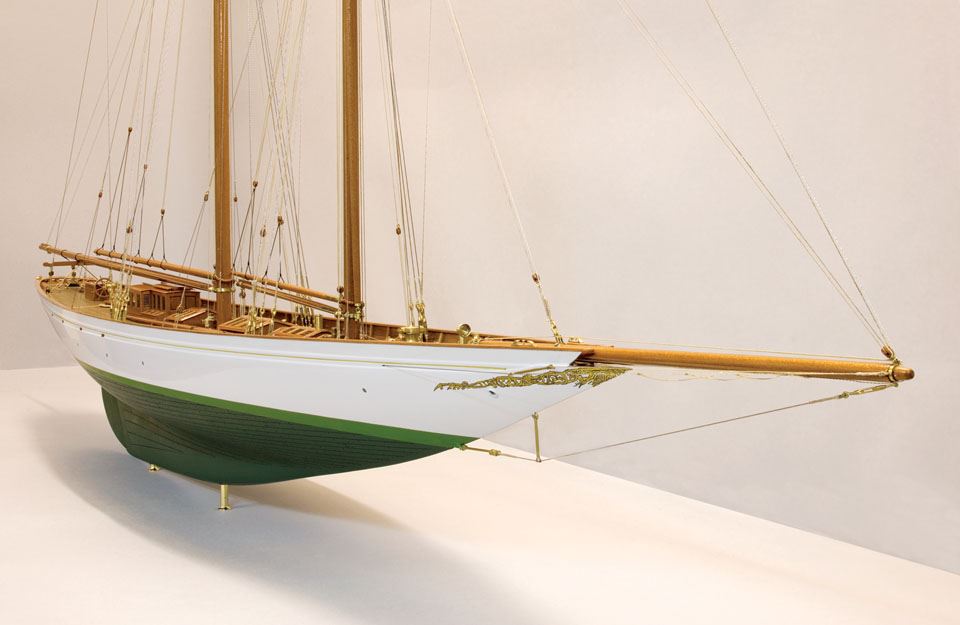