Croquet has certainly been the perfect outdoor family game to enjoy during the turbulent summer of 2020, with many old croquet sets being rescued from garden sheds and dusted down in an attempt to make the best of cancelled holiday plans. Most of us will have fond memories of enjoying croquet games on the lawn on a lazy summer’s afternoon. Many will have happy, childhood recollections of playing croquetwith favourite uncles, aunts and grandparents, siblings and the rest, with panting dogs and Pimms for company; and with everyone cheerfully cheating like mad! Fans of classic children’s literature will recall Alice in Wonderland’s rather alarming game with the Queen of Hearts, who used live hedgehogs as balls, pink flamingos as mallets and the Queen’s playing card soldiers as hoops! But where did it all start and what of the game of croquet today? 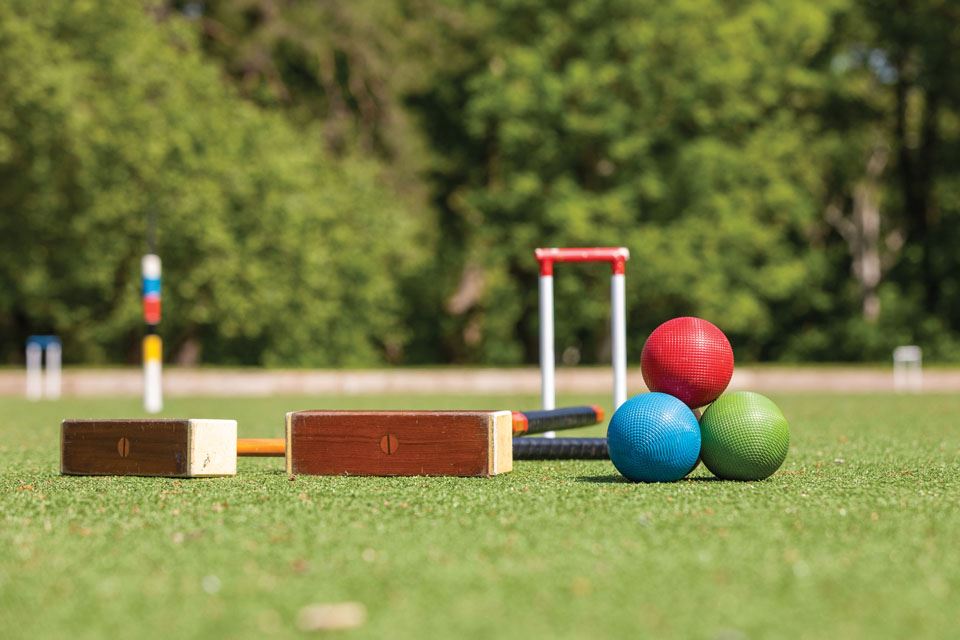 The modern form of croquet that we all now enjoy has been around for over a 100 years, with many evolutions and variations occurring along the way. However, its origins can be traced back as far as the 1400s, when French peasants enjoyed a game called Paille Maille – knocking balls through willow hoops. The game it seems, grew in popularity in other countries (a Florentine carnival song from the 1500s mentions a game called ‘Palla Maglio’, or mallet ball) before finally reaching England in the 17th century. During the reign of King Charles II, London’s royalty and gentry enjoyed playing what they called Pall Mall in the shadow of Buckingham Palace, on the stretch of road between St James Park and Trafalgar Square. And yes, that is how ‘Pall Mall’ and that famous stretch of road historically got its name.

After losing favour for a couple of centuries, it was resurrected by the Irish as a game called ‘Crooky’ around 1850. It was once again introduced to England where it became a popular garden party game and the first outdoor pursuit to embrace equality, allowing both sexes to play together. This proved particularly popular amongst women, as they found themselves finally able to play a game on an equal footing in the company of men.

The game has evolved over the years and seen many different rules and variations both at home and abroad, and from Paille Maile to Crooky, but all forms have involved balls, mallets and the hoops. The pronunciation overtime changed from ‘Crooky’ to ‘Croquet’. 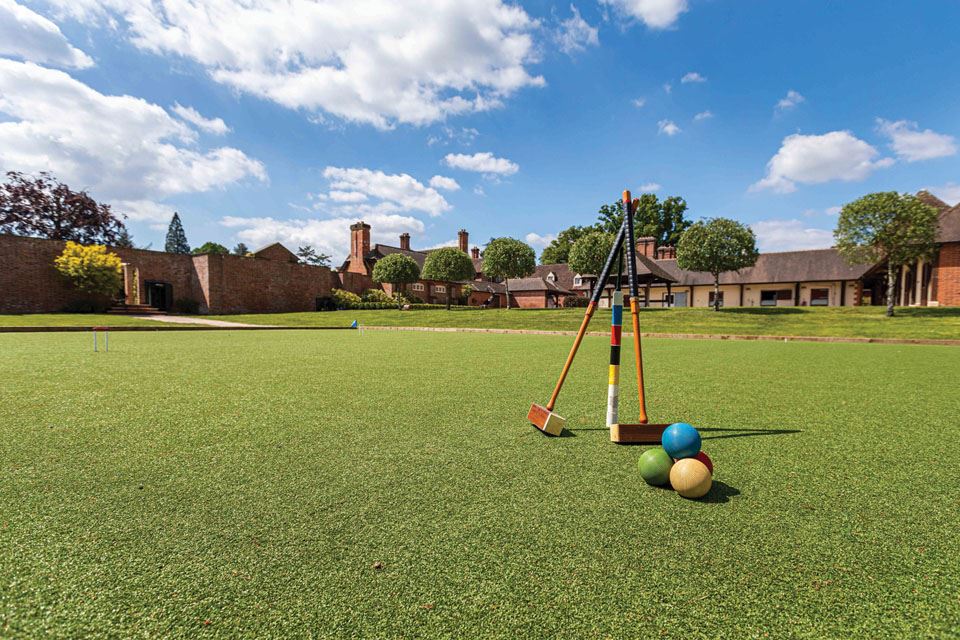 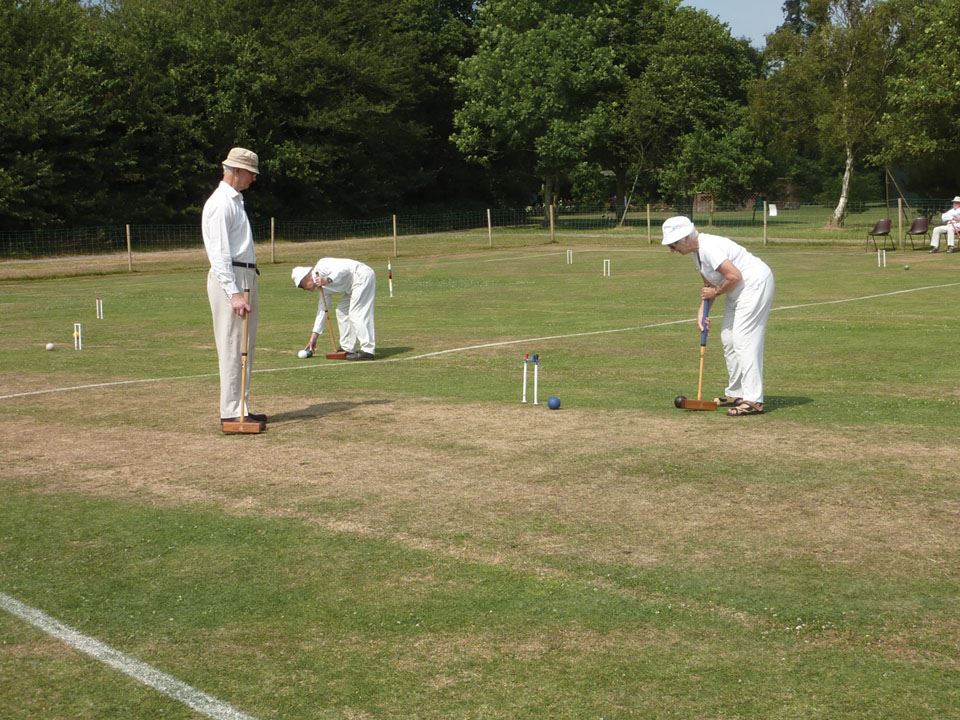 Croquet is not just a summer lawn game to be played at home with rules that we like to make up as we go along (because we can’t quite remember how we played it last summer). England is peppered with countless croquet clubs, where locals enjoy competition and camaraderie whilst getting a good dose of exercise and fresh air. Get serious about play and it morphs into a highly skilled and tactical sport which is played at international level. With serious play comes serious rules. 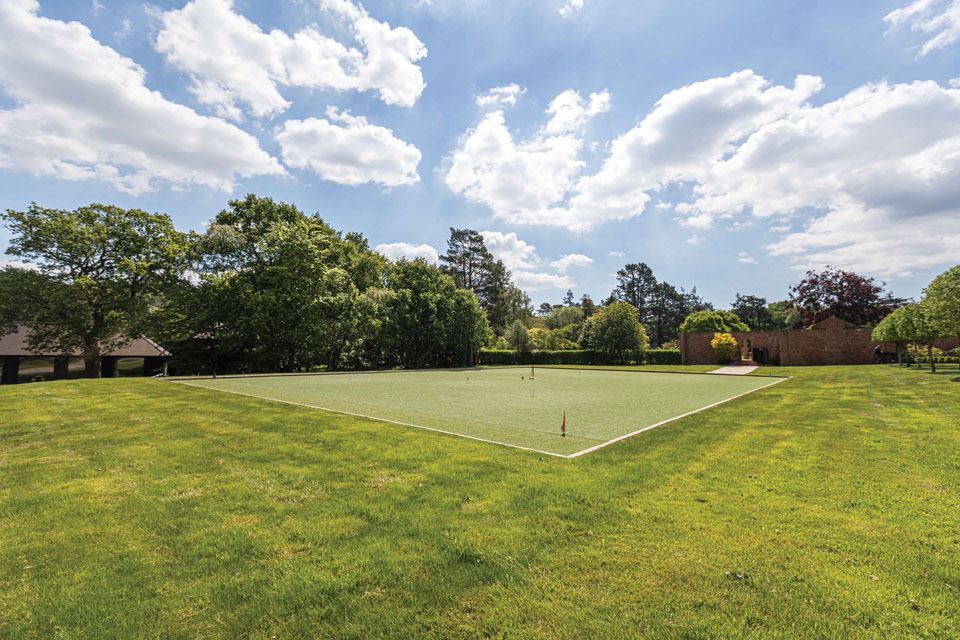 There are two popular forms of croquet played today; Association Croquet (AC), and Golf Croquet (GC). At a competitive level, both games require a flat, grass lawn about the size of a tennis court, plus four coloured balls. Black and blue balls play against red and yellow balls, against single opponents or in pairs. The croquet balls pass through the hoops with very little clearance, making accuracy with the mallet coupled with clever tactics key in outwitting an opponent essential to win. To make sure we got the rules right, we asked Margaret from the Lymington Croquet Club to explain the rules:

“Golf Croquet is easier to understand, as players take it in turns to play one shot at a time, in rotation. The first player to get their ball through the hoop wins that hoop for their side, and then everyone moves on to the next hoop to contest that one and so on… Accuracy of position and strength of shot are key, along with the ability to hit away the opponent’s ball if it threatens to score the hoop first!

In Association Croquet each ball must pass through each of the six hoops. Players can earn extra shots with skilful play. Angled shots and forward planning are an essential part of this technical game.”

Over recent years, croquet has become popular with politicians and rappers alike. Footage of John Prescott enjoying a family croquet game led to increased sales of croquet sets one year, as did P Diddy’s A-list croquet garden party held to celebrate a star awarded to him on Hollywood’s Walk of Fame.

The beauty of this summer game however, is that anyone can play it! You don’t have to be amazing with a mallet to enjoy a social game with friends or a bit of fun with your kids, grandchildren or neighbours. It is very easy to set up and also relatively in-expensive to purchase all the bits you need. You don’t even need a garden the size of a tennis court, and in fact for novices and children the distances on a pitch of that size would be impossible for them to manage. As long as you have a reasonable patch of fairly flat lawn and maybe some Pimms for the grown-ups and cordial for the little ones, croquet is a fabulous way to enjoy a bit of sunshine and friendly competition. We’ve all found ourselves with some extra time in the garden during the spring and summer of 2020. You may even have a croquet set waiting to be rescued at the back of the garden shed. Now’s the time to fish it out, before the autumn kicks in – Paille Maille it is, as they said in the 1400s in France! 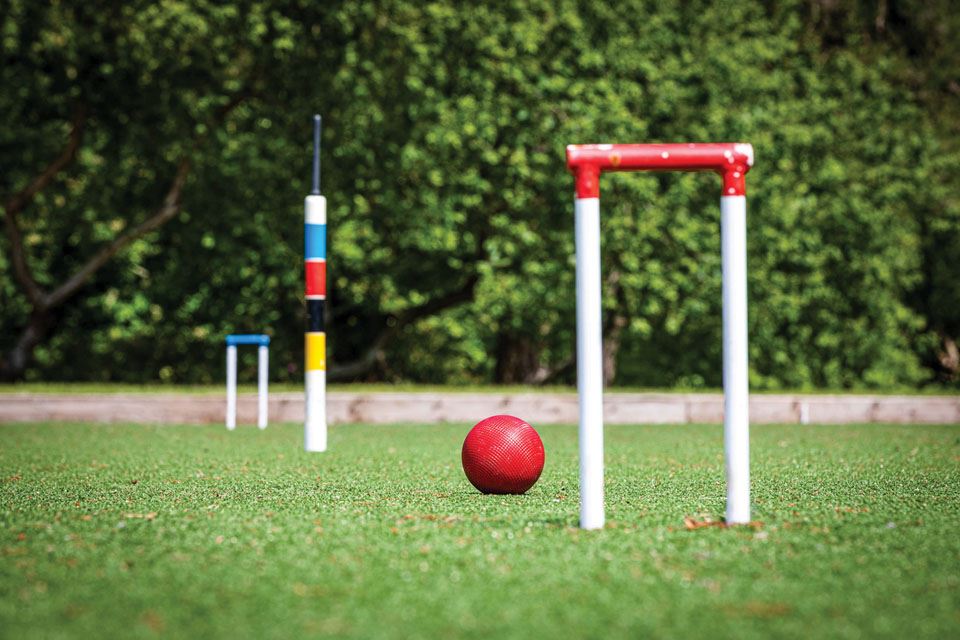 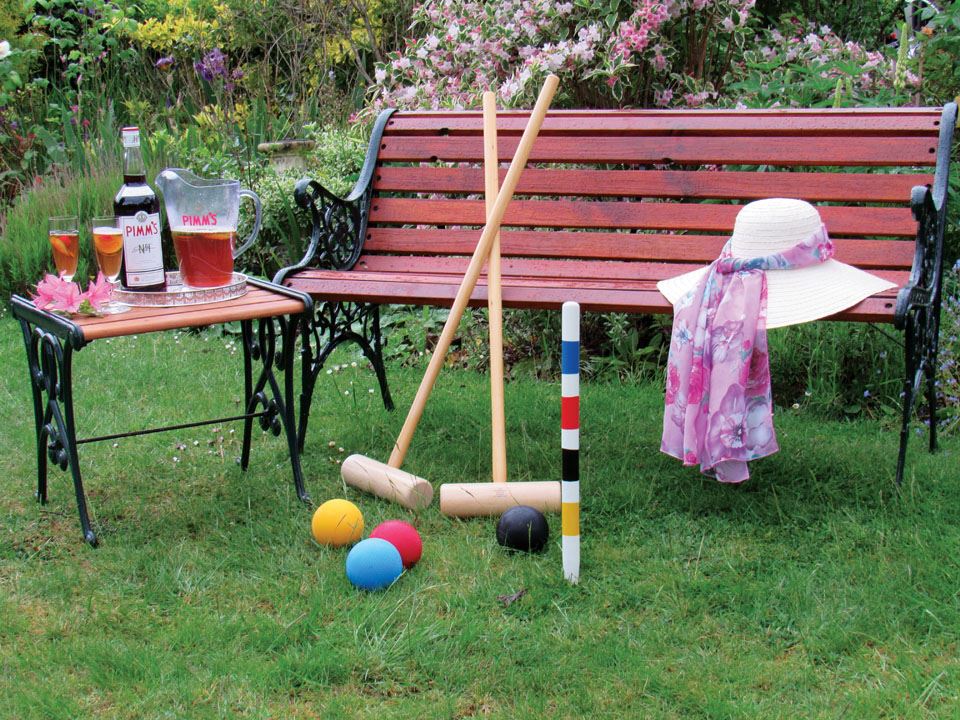 IMAGE BY PHILIP HUTCHENS FROM PIXABAY