The Reverend Berthon and his Collapsible Lifeboat

by Brian May, Berthon Boat Company

The Reverend Edward Lyon Berthon (1813 – 1899) was an English inventor, and creator of the Berthon Collapsible Lifeboat. He was born in London, the tenth child of Peter Berthon, who ran a business supplying the military with provisions. When the Napoleonic Wars ended in 1815, the family’s income plummeted and to help ends meet Edward was adopted by his grandmother. 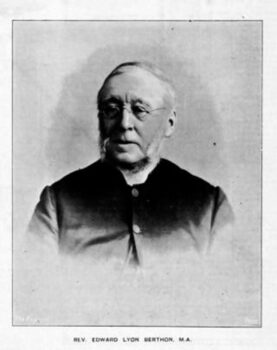 After finishing school, he studied medicine for five years in Liverpool, but decided after his marriage to Margaret Preston in 1834 to abandon his plan to become a doctor, both preferring to embark on a tour of France, Switzerland, and Italy; an adventure which was to last for six years. Along the way, Edward experimented with his interest in mechanical science – a subject that had fascinated him since childhood. 1834 saw him experimenting with a design for a screw propeller for boats. Sadly, his model of a twobladed propeller was ridiculed by the British Admiralty when it was placed before them.

3 years later, Edward discovered that another inventor, Francis Smith, had developed a similar device that had also been rejected. They collaborated on the idea, and in 1838 Smith proved the device by towing the Lords of the Admiralty on their barge from Whitehall to Woolwich. So much for the early ridicule!

In 1841 Edward took up theological studies at Magdalene College in Cambridge and was ordained in 1845, becoming first a curate in Lymington. Being close to the sea, he was able to focus on his interest in nautical invention, experimenting with a new idea – today known as the ‘Berthon Log’. It was an early form of speed log tested on the steamboats then plying out of Southampton to Jersey. You will not be at all surprised to read that the log was also rejected by the Navy as they felt that it was too delicate for service use. Others thought otherwise and hence royal yacht VICTORIA AND ALBERT was fitted with a Berthon Log.

Clever instruments indicating the trim and rolling of boats at sea were next on the agenda. Other brainwaves that flowed from the Reverend’s mind included a fiery magnesium torch to light up stained glass, a mount allowing people to track stars with a telescope, a collapsible bandstand, a collapsible hospital, and equatorial reflecting telescopes (he was elected a fellow of the Royal Astronomical Society in 1865). However, the idea for which he is chiefly remembered is of course the ‘Berthon Collapsible Lifeboat’. 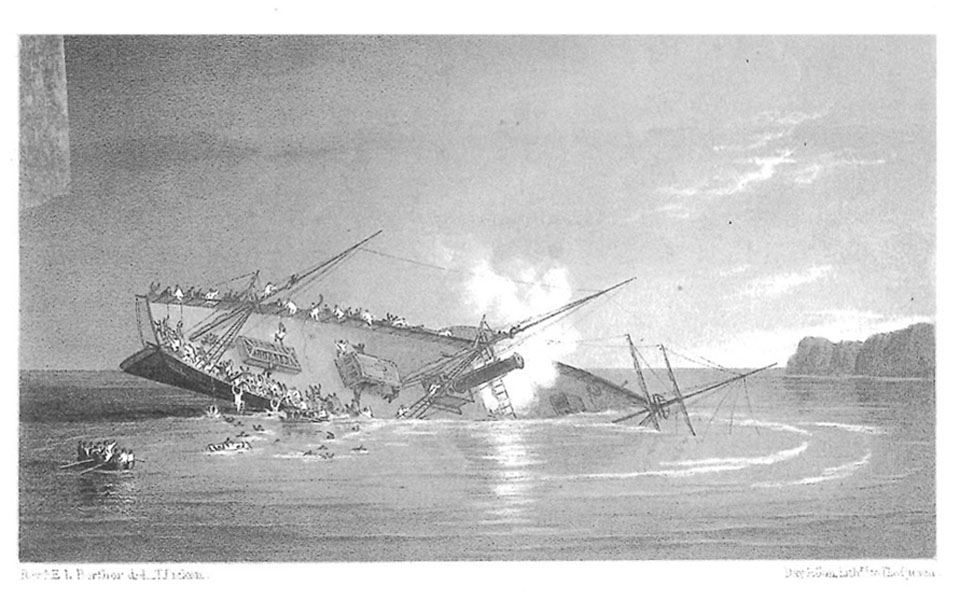 The ingenious design was in response to the near death experience of one of his fellow clergymen, Reverend Clark, who was aboard the S.S ORION when she sank in 1849. He survived but tragically, 41 out of 200 passengers were lost at sea. The Reverend Clerk wrote to Berthon with a taunt to put his friend’s mind to task how to save lives at sea; and so the latter began designing and building a prototype, the Berthon Collapsible Lifeboat. It was built from waterproof flax canvas (soaked in linseed oil, turpentine, soap and paint) stretched over both inside and outside 14 feet of hinged laminated timber frames. This prototype was quality-tested by allowing armies of ants and termites loose on the fabric!

In 1851, a model of the Berthon Collapsible Lifeboat was displayed at the International Exhibition in London. By this time, the Reverend was a prolific inventor with 25 patents to his name and he was full of ideas. This collapsible lifeboat concept was mentioned to Queen Victoria and the Prince Consort. The Queen was intrigued and asked for a demonstration of the boat at Osborne House on the Isle of Wight. 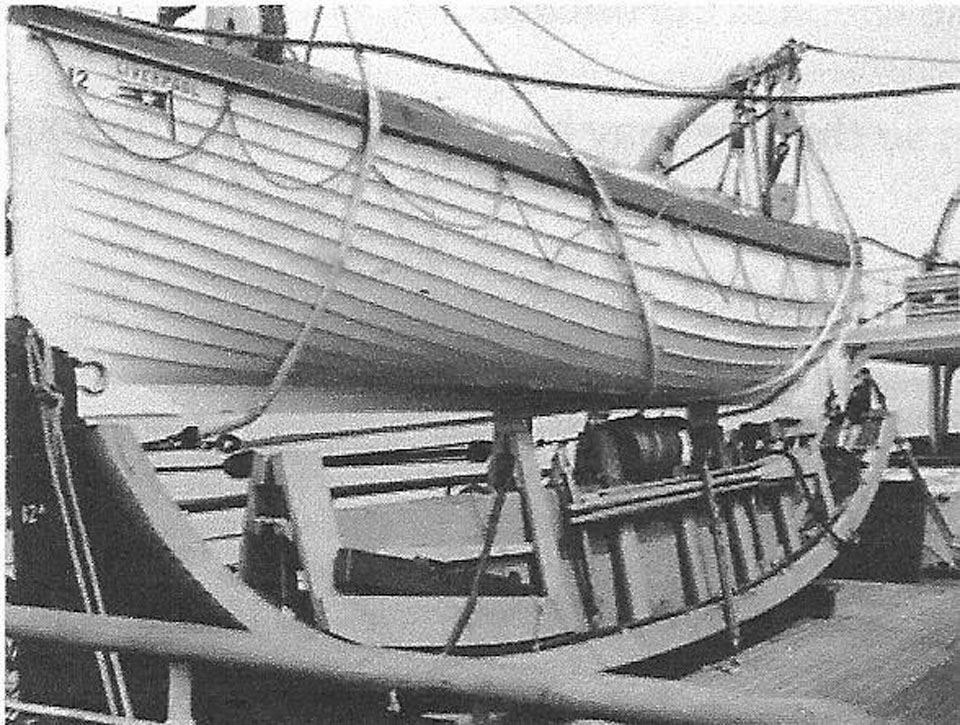 We think that both the Princess Royal and the Prince of Wales were at the demonstration in 1854. It is said that the Prince of Wales commented that a cannonball would easily pass through the canvas hull, to which the good Reverend replied- “that would be the case with any craft in current use”. Queen Victoria was apparently greatly amused by this, and suggested to the Lord of the Admiralty that these lifeboats should be carried aboard naval vessels. However, the Lord of the Admiralty was not enamoured with the design (apparently he was unimpressed by the lack of positioning for a gun!), and ordered only two lifeboats, ostensibly to appease the Queen. As you see, reader, a pattern is emerging!

A number of cataclysmic events occurred at sea during the 1870’s with significant loss of life. Lack of lifeboats was a key contributor and so the Reverend built a shed in the vicarage garden of his Romsey abode, to meet what he believed would be an increasing demand for his collapsible boats. Sizes varied from 7 to 30 feet. They were all trialled on the nearby River Test. The 30 footer was capable of carrying up to 75 people, and by making the vessel compact, the Reverend hoped to appeal to ship owners as the Berthon Boat was easy to stow.

Berthon’s confidence was justified when in 1873 his Berthon Boat was awarded a Gold Medal at the International Exhibition in London. Thereafter, the popularity of the Berthon Boat mushroomed. The smaller boats became yacht tenders and fishing boats, and the larger continued in the main to be used as intended, as lifeboats. 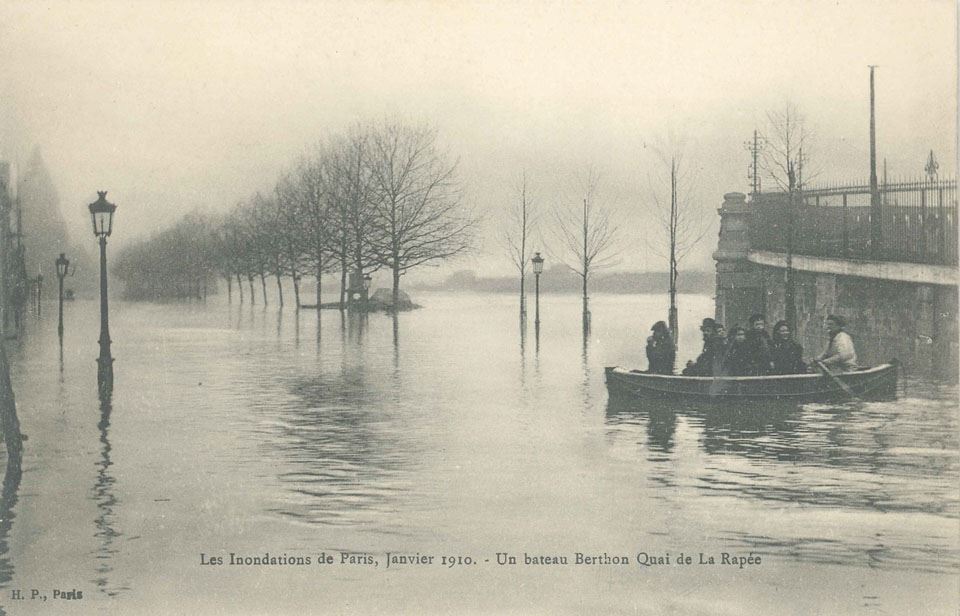 In 1877 Berthon Boat Company was formed and the Reverend appointed his son, Edward Pearson Berthon to manage it. As demand increased, Berthon Boats were shipped all over the world but very few were used for the primary intent – as lifeboats, until in 1912, following the TITANIC disaster, Lord Ismay, Chairman of the White Star Line ordered that 40 Berthon collapsible boats for R.M.S OLYMPIC because his crew refused to board the vessel until there were enough lifeboats for them. Interestingly, there were not enough on board for the passengers and later the MAJESTIC was similarly equipped. Eventually, however, even the Royal Navy and Merchant Navy carried these stout little boats despite the Navy’s original cutting comments about the inventor’s ideas! However, in 1906 the French used Berthon collapsibles to save lives during the great flooding of the Seine. 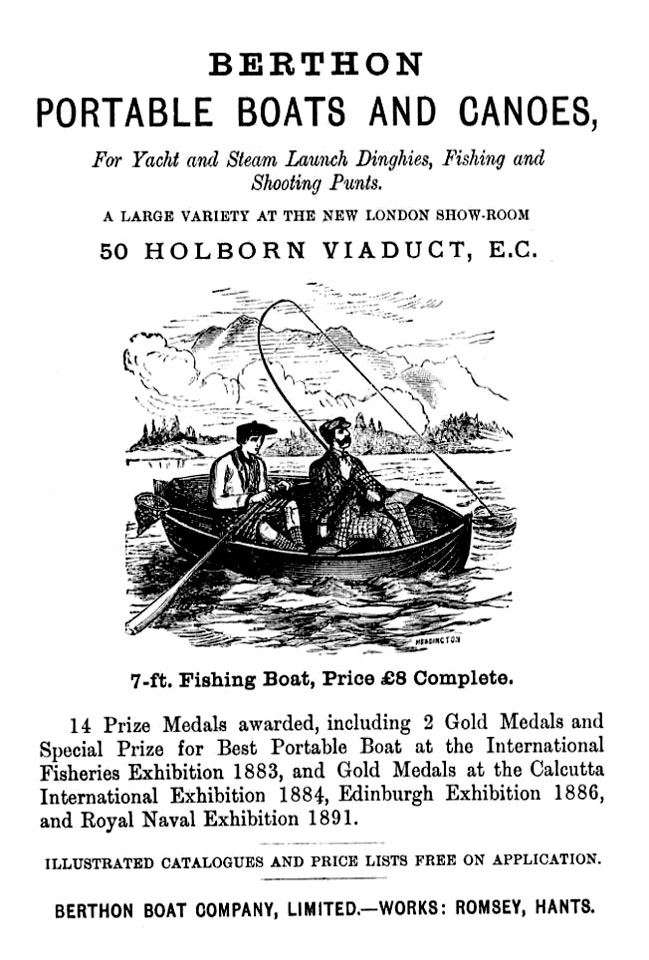 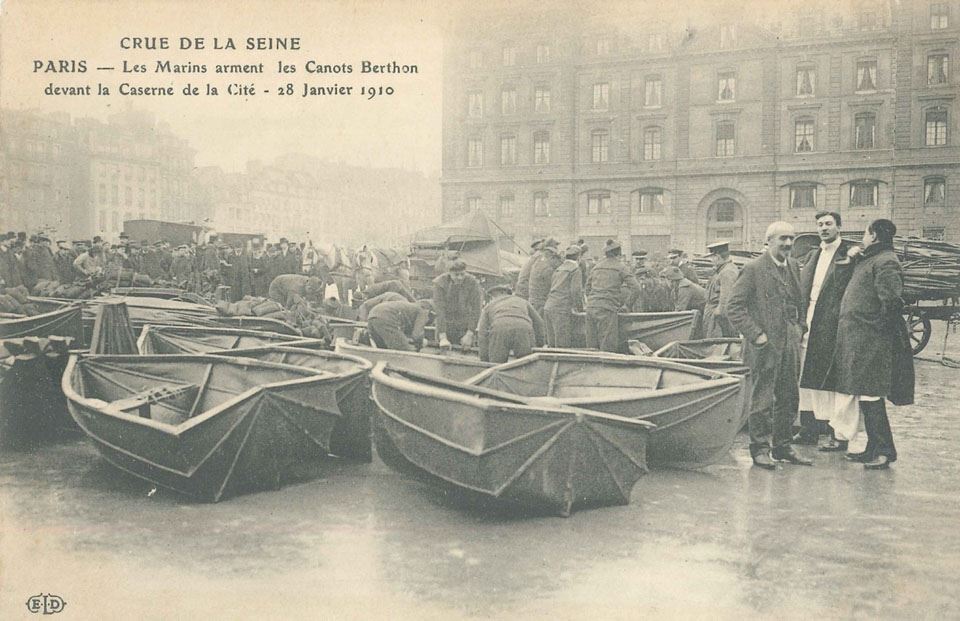 In the early 20th Century, Harry May and Frank Morgan Giles, moved their Hammersmith boat yard to Hythe, building sailing dinghies and the Felixtowe Sea Planes (as described in last year’s Berthon Book). Morgan Giles moved to Teignmouth and May, Harden & May was eventually sold to the British aircraft Company with May cousins moving to Lymington, having bought Berthon Boat Co Ltd and taking over the ex-Inmans Yard then known as The Lymington Shipyard, in 1917 & 1918 respectively.

Berthon Boat Company remains on this same site, retaining both the Reverend’s name and the name of his most famous invention. My brother and I are proud to be the 4th generation of the family who bought the Berthon Boat Company from the Berthon family and it is extraordinary to revisit the life of this most remarkable and forward thinking man of the cloth. 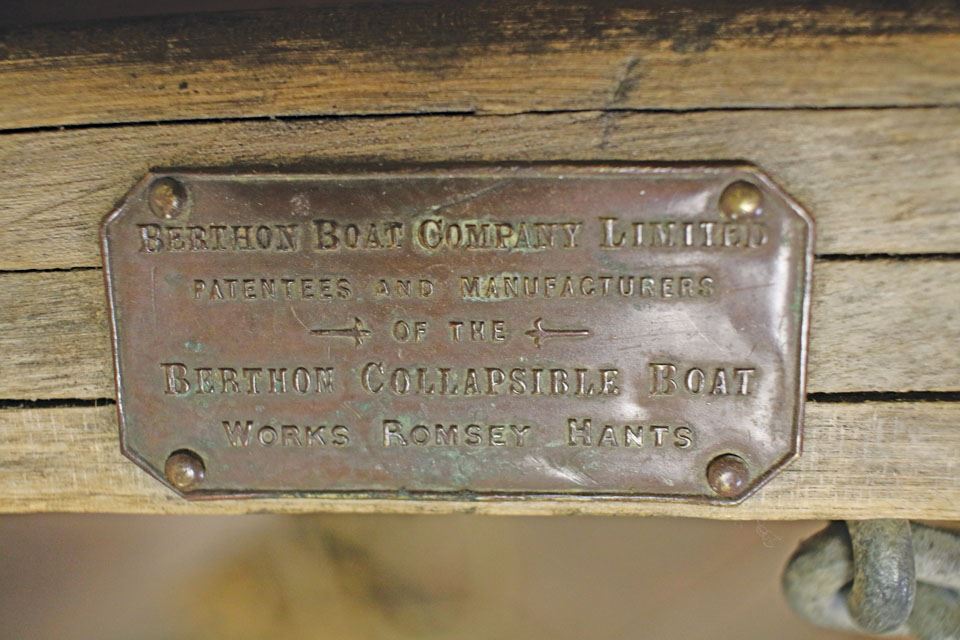 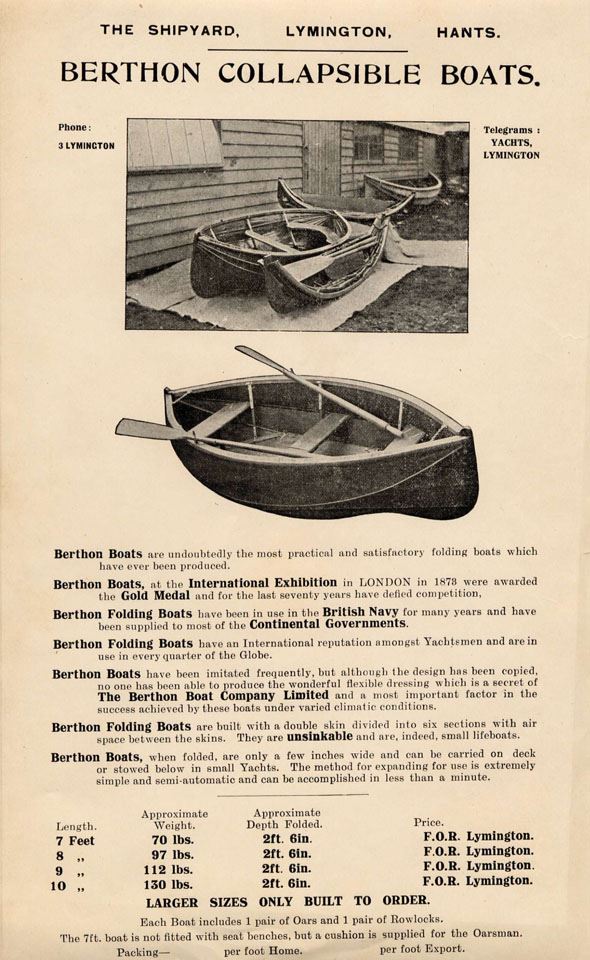 Of course most of the Berthon Collapsible Boats are lost forever but there are a few survivors, possibly due in part to the treatment of the canvas and the use of high-quality laminated wood frames. A small number of boats are now on display across the UK, carefully restored. Here at Berthon we have recently purchased two – one from the loft of a condemned wooden hotel in Scandinavia used for Edward Junior’s fishing holidays in Norway. It outlived the hotel, with both inner and outer canvasses still in good condition having survived ice-cold winters and heatwave summers for over 100 years! 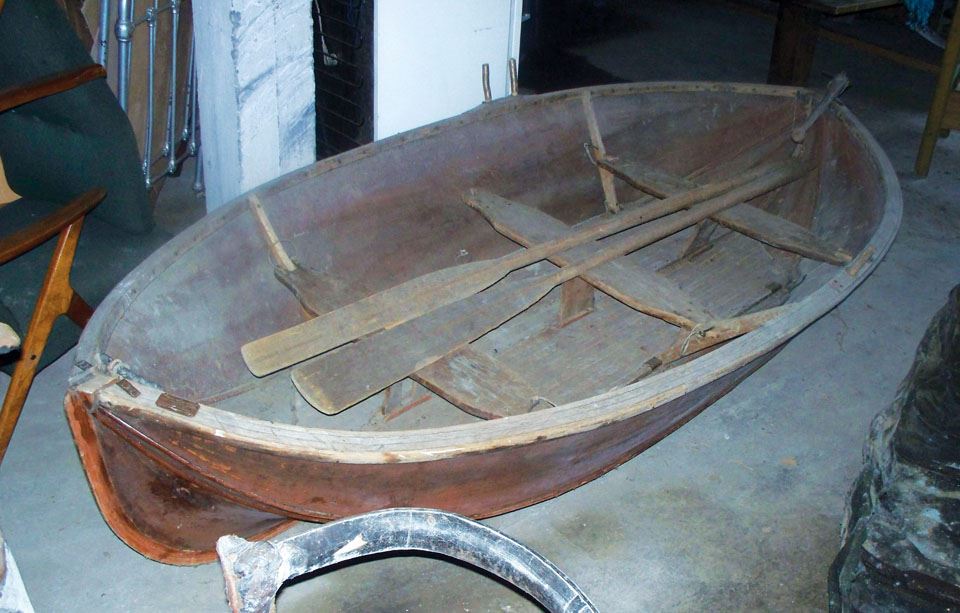 While the collapsible boat is no longer produced, Berthon has built many modern lifeboats for the RNLI and a new Gemini WR880 search & rescue boat for the independent Jersey Lifeboat Association (JLA) delivered mid-2021. And so, the Berthon legacy lives on.

Link to Video of Collapsible Boat being assembled: 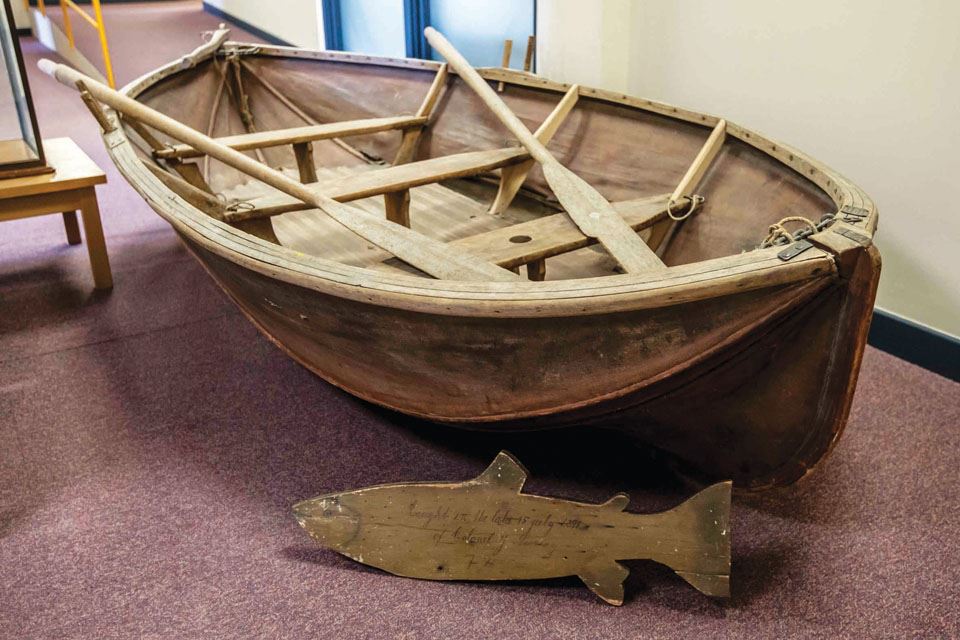 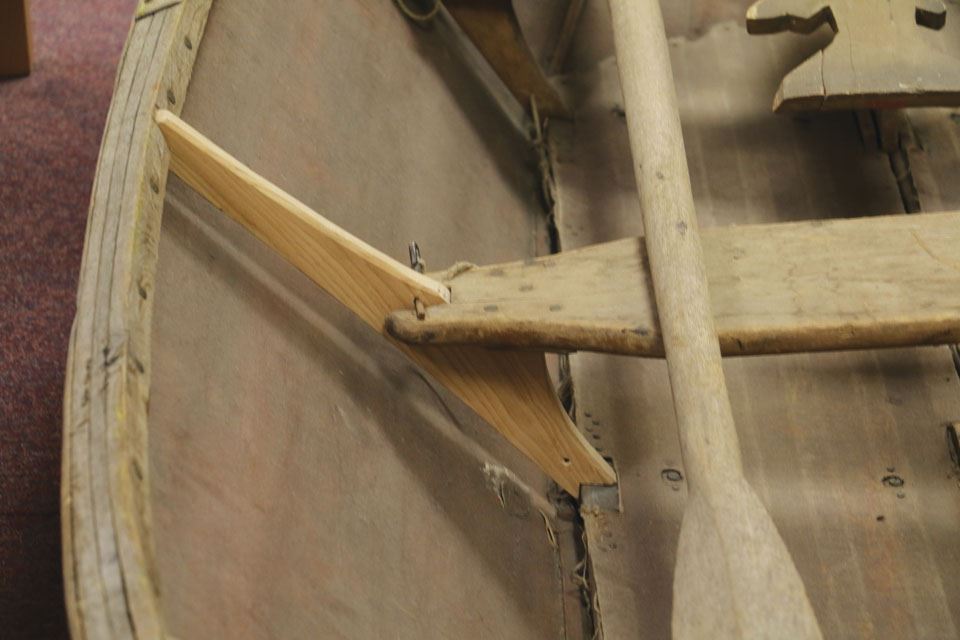 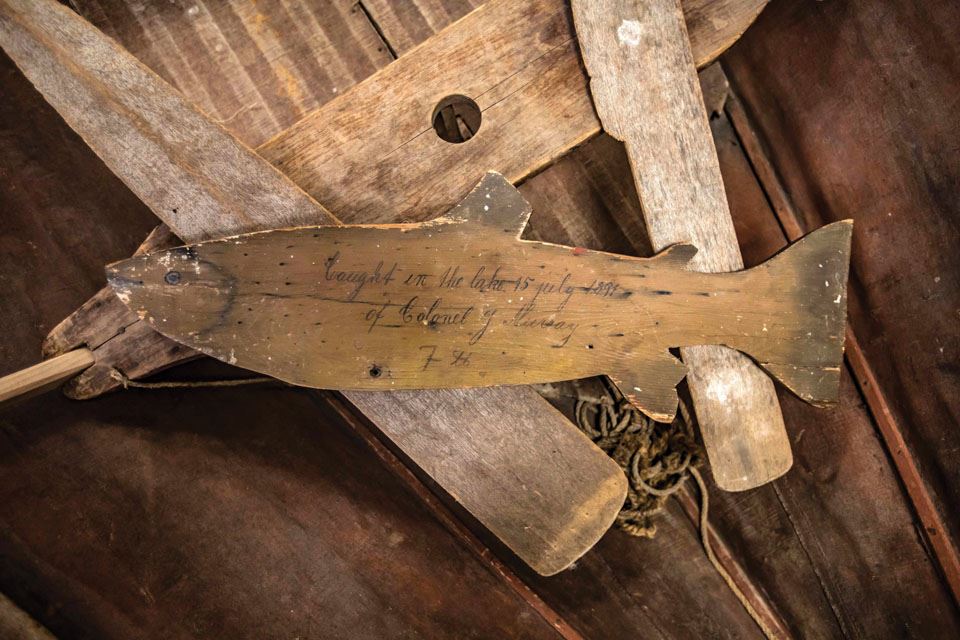