Berthon have a long and proud history as part of the beautiful New Forest, and as frontrunners in the British marine construction industry. As the cacophony of 1939 and the inevitability of another war became apparent, Britain ramped up its domestic production of warships, gunboats and military equipment to deal with the imminent conflict. Through the years leading up to and during the Second World War, Berthon was heavily involved in the production of boats to assist the national effort against a dangerously sophisticated European threat. 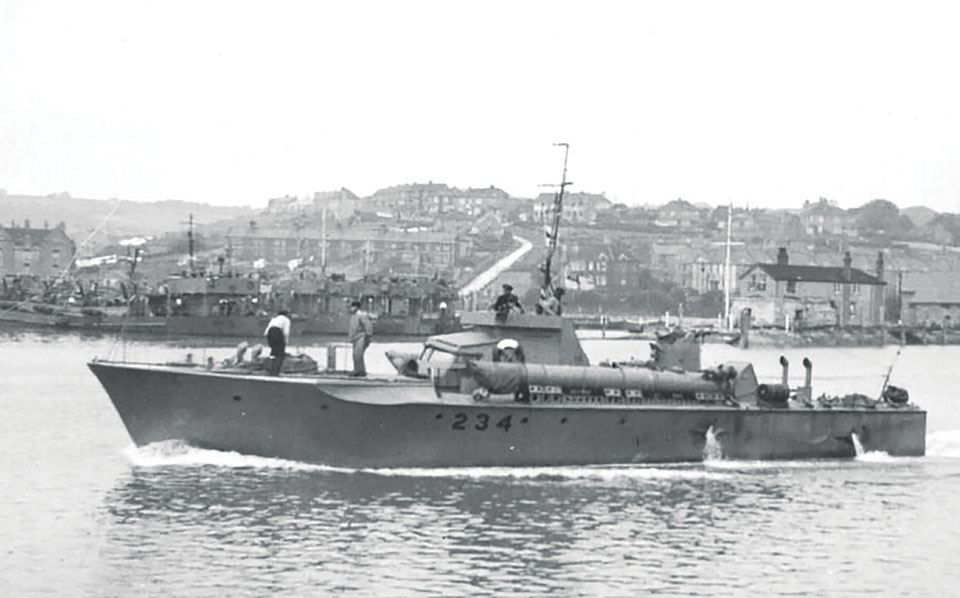 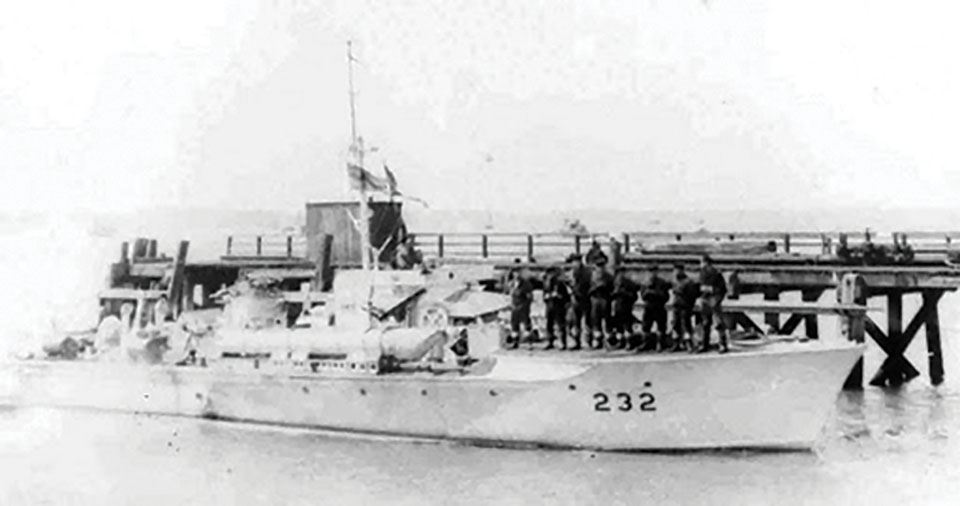 Notable figures within the boat-building industry, including Hubert Scott- Paine and Peter du Cane, tried to persuade the Navy early-on of the need for technologically advanced high-speed motor launches and a more advanced naval force to meet the international threat. They correctly anticipated that the dynamic of the Second World War would be one of industrial advancement: a war of capability and innovation as opposed to simple sheer volumes of resource and manpower that the gruelling First World War had demanded.

Frustratingly slow on the uptake, the Navy eventually came to the realisation that they would be fighting a new form of marine warfare and began to commission research, development and production of more types of high speed crafts to meet the very different threat that now existed. Berthon manufactured a stunning 215 boats over an extremely short period of time to assist Britain’s struggle.

Different classes of motor launch were designed at unprecedented speed, and production was equally accelerated. Shipyards and boat-builders all along the South coast were drafted to build boats for the armed forces. Shortly, the majority of construction had the sole purpose of assisting with the war effort and the construction and repair of leisure yachts was swiftly abandoned in favour of determinedly war-assisting offerings.

Interestingly, in the earlier years of the war, recreational sailing was not entirely prohibited. Seen as a gentle, healing respite from the duties of war, several sections of the Solent were declared leisure sailing areas and provided boats were clearly labelled and adhered to strict curfews, yachts were allowed to enjoy the simple pleasures of the water. Soldiers stationed in Lymington were able to enjoy the hospitality of the small yacht clubs and engage in carefully regulated sailing for entertainment.

As the war progressed however, these restrictions became tighter and tighter as the threat edged ever closer to British soil. Eventually, sailing was prohibited with leisure vessels ordered to remove specific engine components to render them useless; the British government keen to leave absolutely nousable engines for potential successful German invaders. 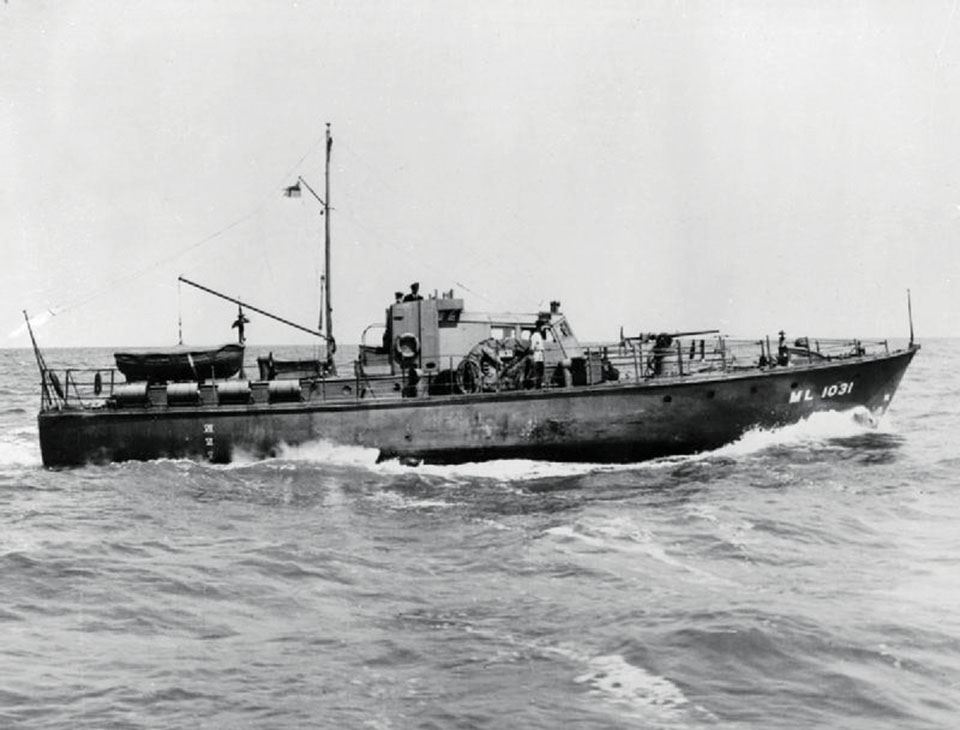 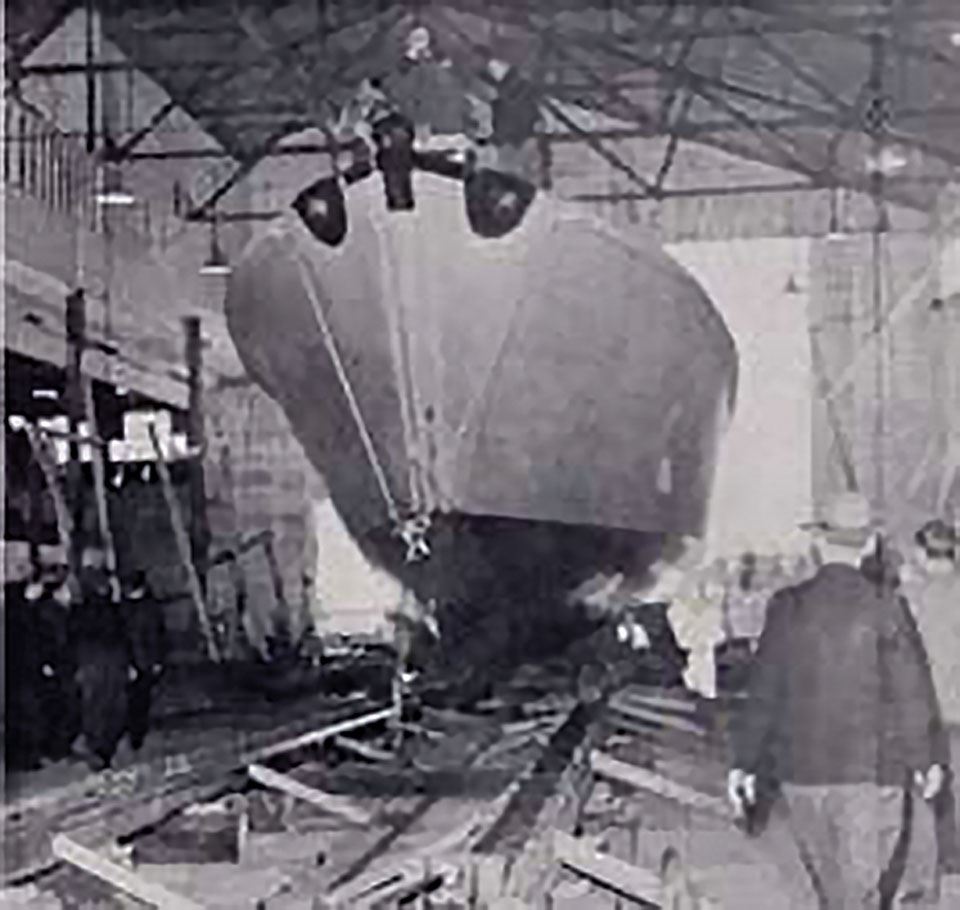 All yachts were painted grey and hundreds of shadows lined the rivers of the south coast, left on their moorings to await the return of peace – and their owners. Significant fines were levied on those breaking the rules by taking vessels out for recreational purposes into the ever-more-dangerous Solent waters, or for not immobilising their engines.

Missiles, torpedoes and submarines were becoming well-known dangers to the boats on the strategically important Solent – most recently in the news was the suspected German SC250 bomb found in Portsmouth Harbour whilst dredging was underway in 2017 and others similarly found poking their noses out of the shingle banks along Milford to Hurst castle, after the odd severe storm! Submarine nets were deployed across the Solent to prevent the enemy gaining access to the port of Southampton, the closest to Lymington being launched from the concrete ramp that is still evident just to the east of Hampstead Ledge; this would be towed across to the piles at Pylewell Boom.

Meanwhile between 1939 and 1945, Berthon was commissioned to build over 200 boats, including a variety of Minesweepers, Harbour Defence Motor Launches (HDML, for which Berthon became specialists) and Assault Landing Craft – at record pace. Berthon built many hulls that were towed to small creeks around the south coast where local engineers and carpenters completed engine installations and interior fit outs respectively. Berthon also built a number of Motor Fishing vessels (MFVs) deployed as far afield as the Caribbean, the Ionian and Aegean as undercover spy ships.

Despite the international crisis, business boomed with the yard producing boat after boat for the Admiralty. Many of our current staff’s grandparents were part of our workforce during this time, with generations of boat-builders to be found in the local area as living memory of the sheer scale of construction that was undertaken on the South coast.

As the war developed and British maritime capability became more formidable after significant naval funding and commitment to development, the Lymington yard began to produce boats on what resembled a modern production line for military vessels. The Solent has been described as a ‘Piccadilly Circus’ of craft at sea toward the end of the war, with a decent portion of marine traffic originating from Berthon – a description that we can well believe. 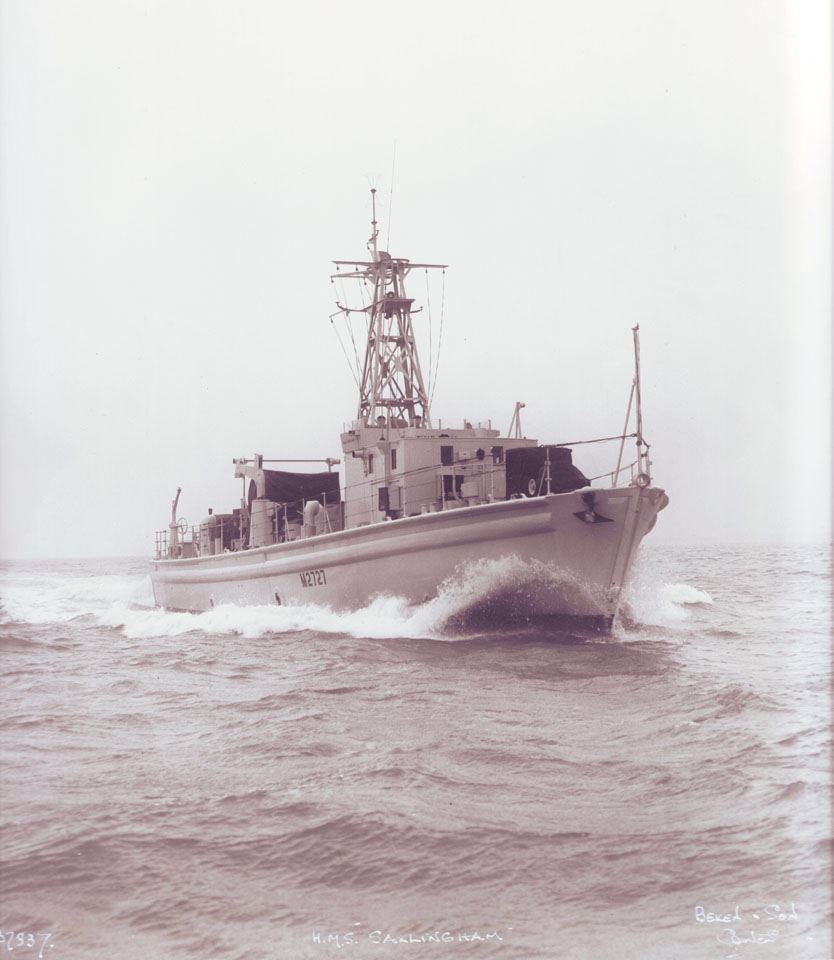 The war finally began to draw to a close with the longer term effects on the South coast coming to light. Petrol was a rare commodity, but with restrictions on boaters being lifted, there was – as one account notes – thankfully no restriction on the wind! With the results of rationing and national shortages proving extremely hard, small boat sailing was once again a welcome reprieve from the reality of post-war Britain and the Solent gradually returned to the boating heaven we know it to be today.

As is mirrored in the Berthon of today, having weathered the storm well, the business was able to retain workers and support local families. Despite the extreme conditions, our Lymington facility continued – and continues – to operate through hard times. Incidentally, we have recently welcomed many WWII vessels back to the yard for important repair, refit and maintenance work. The full restoration process, including engine replacements, of the Motor Gun Boat ‘81’ can be enjoyed on our website and YouTube channel.

Throughout our website you will find numerous stories of the historic boats we have welcomed to the yard – look for our ‘blog’ section.

A more detailed history of Berthon’s exact wartime production, including details about the vessels themselves as well as the trials faced and company decisions made, culminating in J.O. May becoming chairman in 1942 can be found in the second instalment of Philip Bristow’s research for a book ‘The Berthon Story, The History of the Berthon Boat Company’, yet to be printed. 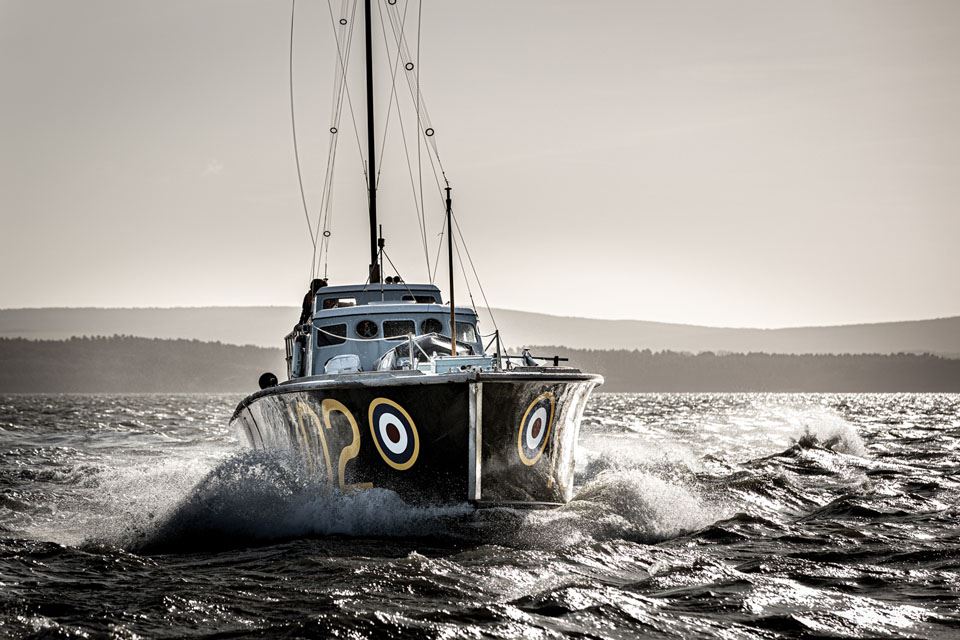 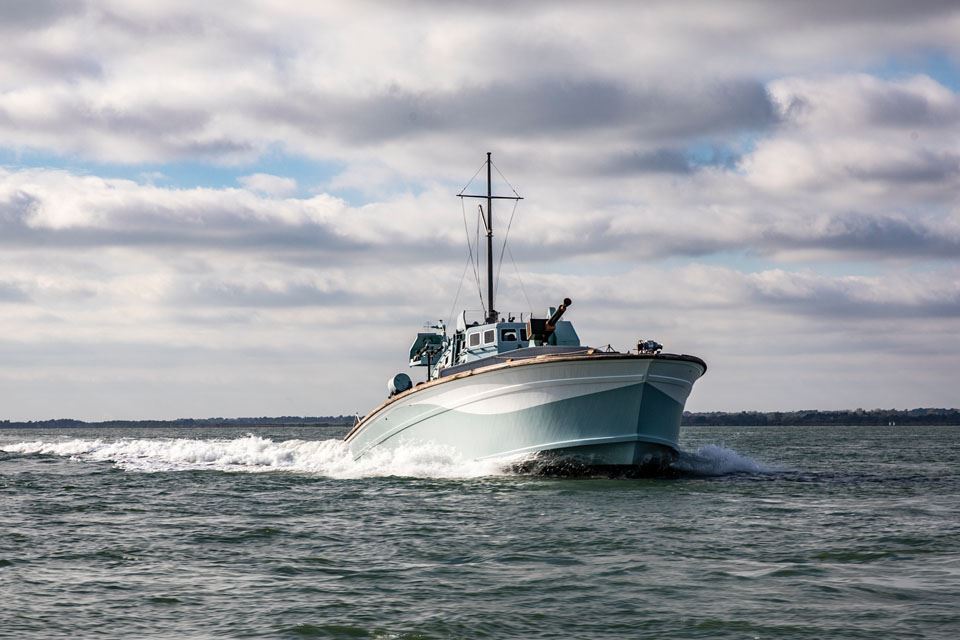