Brexit and getting on with life… 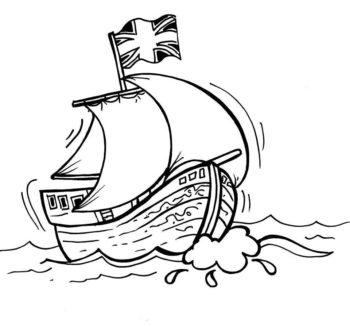 As a sales organisation with offices in France, Spain, Sweden and the USA, we are an international company and used to working the world over, and we firmly believe that our business will become more international over the coming years as yachts become ever more capable and owners even more keen to sample different cruising grounds and cultures. With professional delivery companies and plentiful shipping freighters, moving a yacht to a totally different cruising area is easy to do and great value for excitement and fun of discovering new anchorages, restaurants and cultures.

However, at the core of Berthon is the Shipyard on the banks of the river Lymington which flows elegantly into the Solent. Cowes, on the Isle of Wight, the home of yachting, is a 20 minute RIB ride. Berthon has called the Shipyard home since 1877 and boat builders have been plying their trade at The Shipyard since Roman times when, it is thought, Vespasian’s fleet under Emperor Claudius settled here at Buckland Rings with views to the Needles from the Roman fort and watch tower. Today, Berthon Boat Company employs 180 and is still seriously in the business of repairing, refitting and building boats. With 100 skilled craftsmen on the shop floor and 30 apprentices in the business, Mission Control is a very British business, some might say, an institution.

This is why we thought that we should come out and say it, that dreaded word that has been bandied about, which has caused heartache and rows with families and anguish through Europe. Brexit. There, we’ve said it.

Whatever your view of the rights and wrongs of the UK leaving the European Union, it happened on the 31st January 2020 and the 1st January 2021 will see the transition period completed and the UK as an independent state outside the European Union. We will be a small ship on the sea of commerce, sailing our way towards our next adventures and carving out a new place in the world order.

From our perspective, the General Election result was a relief as it provided certainty. On the 13th of December, we woke up knowing that Brexit was on, and that the UK had a solid administration which would remain in post for around 5 years. Some yacht sales were immediately put through in the UK as UK buyers heaved a sigh of relief and got on with life. For many outside the UK (and for some within it) it appeared that the General Election was all about Brexit. For our client base this was not at all the case. For them the idea of a Labour Government with Jeremy Corbyn at the helm was unappealing. Worse than that was the possibility (and the opinion polls prior to election day suggested that this was likely to be the case) of a hung parliament with no direction, no firm commitment to stay in the EU or come out, and most importantly, no forward looking economic or social policies for a country that had been treading water since Teresa May’s unsuccessful attempt to achieve a larger majority 2 years earlier.

This ‘getting on with life’ trend has been particularly apparent for new yacht sales and this is a place where people really are thinking about the future, as deliveries are further out and they are looking forward to a late 2020 or 2021 delivery. It is in this area where we expected people to stop, to think and to dither. Not a bit of it! Delivery continues to be the problem across the board and not sales, with yacht builders matching their production to very realistic targets and being cautious about wasting resource on yachts that may not find new owners.

For the British client base, there is an element of waiting to see what happens at the end of this year, but in a country that has been holding its breath since 2016, they have in the main breathed out and decided to get on.

For our American office, there has been no fall out from Brexit. Our industry body recently sent us a briefing note about Brexit asking for a list of barriers to trade that we envisioned so that they could be informed for the lobby process now underway. We looked at this for Berthon USA as we sell a number of UK yachts to Americans and vice versa, both new and preowned, and yacht arbitrage has been a feature for our business since the American office was opened. We could find no problem in this direction, and with an enquiry rate across all our yachts for sale that puts the USA at around 50%, this is absolutely key.

Of course there are trade barriers and tariffs and problems with yacht imports for the American yacht business, but these relate exclusively to the Chinese trade barriers in place and fortunately we are situated much further west.

Another big worry for us has been the attitude taken by our European client base to the UK’s decision to leave the European family and we have researched this extensively in the past 18 months. Our offices in Europe have their own personalities and are part of the local scene, be it in Palma de Mallorca, Mandelieu or the Island of Orust.

As far as the European client base has been concerned, there has been a lot of curiosity about what an earth was going on and we have long ago learned not to talk too much, as in common with most other Brits, we didn’t know and there wasn’t much to say. There has been comment about our new Prime Minister, concern about the competence of his barber, the state of his ties and total inability to keep his shirt tucked in, but for the most part this is good humoured. Most agree that he certainly appears to be a jolly chap and definitely the sort of person that you could share a pint with at the pub – or taverna, or indeed yacht club….

Although the UK is leaving the European Union, nowhere is there any mention of any physical moving of the UK or Europe. Geographically they will remain in exactly the same place and so outside the political shift, not much has changed. Europeans will still be so welcome to come to sail in our waters and to enjoy English summers which can be glorious and full of promise, but which will almost certainly be very wet at some juncture. As we like to say in the UK, if you don’t like the weather, please wait for 10 minutes.

Of course Europeans will be free to visit us in the same way as the rest of the world – Norwegians, Americans, Australians, and so on, without worrying about VAT as they will be visiting a non-EU country. In fact in this respect, they are likely be given a warmer welcome and no tax bill if their yacht is not VAT paid in Europe than they will at home, and may even be able to refit with us VAT free.

We are looking forward to welcoming European yachtsmen to our shores in the future and hope that this will encourage them to stay rather longer than they might otherwise have done (sorry about the rain!).

We are all exercised about barriers and borders and lots of forms. Once this is sorted out, I am sure that we will embrace the forms, understand the systems and just get on with life. As very frequent travellers to Europe, the brokers in the UK office may have to be a bit more organised and passport control may take a little longer. For European clients there may be some delays coming to the UK particularly whilst the new systems shake themselves out. That’s life, but the world will turn and we will continue to love travelling and doing business on the terrific continent of Europe with its spectacular cruising, wonderful cultures and gentle, charming people.

Currency will we are sure, seesaw in 2020 and probably thereafter too, as the little ship UK negotiates a totally new cruising area and has to adjust and adapt her cruising plans to meet its needs.

For the UK yachtsman, sailing and spending time in Europe has always been one of the joys of owning a yacht. Depending on the arrangements that are made between Brussels and Westminster, they will continue to yacht there and to enjoy the marvellous cruising from the upper reaches of Scandinavia, to the warmth, culture and amazing history to be enjoyed in the Peloponnese and all points between. The paperwork monster will be more in evidence but so it is for many other yachtsmen who voyage from outside the European Union to enjoy its waters, but its joys will remain. The VAT possibilities you will read of elsewhere in the publication. Then of course there are the restrictions of the Schengen Agreement – signed on June 14, 1985, is a treaty that led most of the European countries towards abolishment of their national borders, to build a Europe without borders known as “Schengen Area”. Signed in Luxemburg, initially by only five EU countries, the agreement remains one of the world’s biggest areas that have ended border control between member countries.

As the scene is set and the politicians and bureaucrats scurry madly between London, Brussels and other European cities, it is a time of healing and accepting what has been agreed and adjusting to the new normal in the relationship between the UK and its friends in Europe. In time, the Leavers and Remainers will become simply Brits, and the EU will become a wonderful group of countries with whom we trade, break bread, laugh and of course most importantly, yacht.

Over the last 6 months, we have noticed some caution amongst our European clients as far as yacht buying and selling is concerned. Earlier in 2019 around the start of the season, the yacht market in areas like Palma, most definitely slowed. Brokers, agents and others in the industry were sure that it was a result of Brexit. We saw no such down turn amongst the UK client base and the buoyancy of the American market led to activity within the market and so the world turned for Berthon and we sold yachts. This trend is again being seen at our European offices for 2020, although somewhat curtailed recently by the C word.

Over the new year we concluded that a slow-down in the World economy and more specifically in Europe, was leading to some concerns, and this may affect where buyers come from in this new year. Well, now we know where the black swan came from and it is simply a question of battening the hatches and weathering the storms to come.

However, deeper down, it is also a function of a change in the way that people own and use their yachts. No longer their only interest, why would you rush to buy a new yacht in February when Klosters beckons? Yacht use is much more immediate and so we fully expect the floodgates to open as the weather improves, skis are stored away and the days lengthen. As with so much in life, planning your yachting is an immediate affair and it is hard to get excited about fitting a new generator when the snow is on the ground at home.

So, if you have read this far, we hope this will be the last word on Brexit from Berthon. Much more important is the common interest that we have with the whole worlds’ health hindering all our clients European, British or from further afield, in the very important issue of getting out and having fun on the water.