The UK finally completed its formal transition post-Brexit, and so the nation woke up on 1st January 2021, outside both the European Customs Union and Single Market. Only hours before that deadline, the UK and EU ratified a Trade Agreement that keeps the UK outside the Union and Market but, crucially, without tariffs for trade in either direction. Both sides hailed this a successful outcome for all. Indeed, UK yacht manufacturers, almost all of whom export to Europe, have reason to be pleased with this outcome.

But everyone forgot about used yachts.

There is a significant trade of used yachts, in both directions, between Europe and UK. Yachts also sail across national boundaries, daily. There is no such cross-border movement and trade of used pressure vessels, gas appliances or any of the other goods that fall under Europe’s CE marking, product-safety regulations. So, the regulators missed the issue of the free movement of yachts.

The industry was aware that there are 3 distinct periods of UK’s European status:

The question is which regulations apply when a yacht of each of these era’s is sold, secondhand, between the UK and EU?

Period 1 also appears straight-forward. As the regulations apply when a product is first placed on the market, if UK and EU were the same market in period 1, then surely their original compliance holds in both markets.

Period 2 nobody was sure about the transition. We put this question to the EU Commission where it was taken up by their “Brexit Task Force” and we were astonished by their answer. 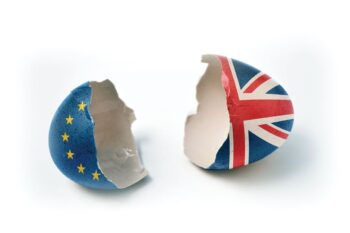 The EU Commission considers the Withdrawal Agreement does not apply to used products.

As such, any product sold from UK to Europe is treated like a new product and the Treaty of Lisbon agreement applies. This means that ALL used products entering the European market must comply with the regulations in place at the time of placing on the market.

Let us be absolutely clear: it does not matter when the yacht was built and sold in the UK (unless 1950s or earlier). If a used yacht is sold from UK to Europe, it must now go through a formal Post Construction Assessment (PCA) according to the EU Recreational Craft Directive (RCD). Astonishingly, this still applies if the yacht was built in Europe. Being manufactured in a location does not mean that it was ‘placed on the market’ in that location.

So additional cost is unavoidable. Certification fees could add anywhere from £500 to £8,000 to the cost of selling a yacht in Europe and that is before the cost of any necessary modifications are considered.

And what of used yachts being sold from EU to UK?

Do used yachts being sold from EU to UK need to comply with the UK’s new UKCA marking regulations that displaced Europe’s CE marking Directives?

The one certainty is that during 2021, the UK continues to recognise CE marks. So the answer is “NO” during 2021. But in 2022, will the UK government continue to recognise these markings on used yachts that were sold in Europe when UK was still a part of Europe? The UK Government has not committed itself to a position. It would appear that the EU Commission’s strict attitude to the compliance of used yachts is not just a surprise to the industry but to Whitehall, as well. The Department of Business, Energy & Industrial Strategy (BEIS) has been asked and chased by British Marine, for a ruling but none has been forthcoming so far. 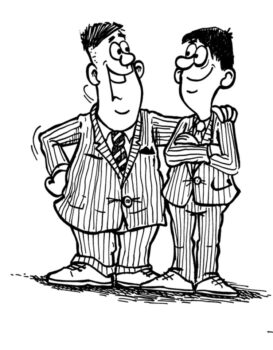 The best advice for inter UK-EU used yacht sales is:

From UK to EU:

From EU to UK:

Alasdair runs HPi CE Proof who are UK approved for the new UK RCD regulations and his Irish office is a Notifed body for the EU. Therefore if you have queries do get in touch with Alastarir, he is most definitely our go to person for all things RCD. Whilst this may seem a little alarming, in most cases post construction assessment to allow for RCD compliance in the UK and in Europe is a paperwork exercise which is easily handled via the appropriate notified body, where the sums involved run in to hundreds rather than thousands of pounds. – Sue Grant / Editor