VAT Life After Brexit – One Year On

With the world experiencing life changing events in the form of a pandemic where we are only just beginning to see the light of day and a war in the Ukraine that threatens to tear eastern Europe apart (to name just two), talk of Brexit tends to pale into much less significance. 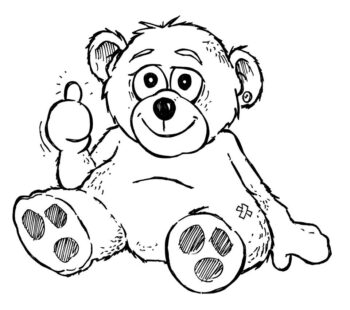 But for many businesses and individuals it does have a very real-world impact on their day-to-day life and on life decisions that they make, therefore understanding how Brexit impacts remains important.

We are now over a year in and following the many false dawns, rhetoric and speculation as to how this might look like and work in reality, we now have a much clearer picture of what works, what doesn’t and what we need to know when operating in the post-Brexit VAT world.

What we have learnt is that whilst we do have a Free Trade Agreement with the EU27, it is not a ‘silver bullet’ and there remain issues as regards origin, for example, and also the loss of previous VAT status. We also know that whilst it should be perfectly possibly for a UK business with no EU establishment to register for VAT within any of the member states and import goods into the EC, we have learnt that this requires an Indirect Representative – however, as this confers equal and several liability on that representative, the reality is that it is proving extremely difficult to find and appoint one that is willing, therefore forcing UK businesses to fundamentally change their approach and look for alternative solutions. We have also learnt that there can be potential ‘winners’, in particular the ability for UK buyers to acquire and use their boats effectively ‘VAT-free’ within the EU27.

So what else have we learnt?

As we reported last year, it is not possible to have ‘dual’ VAT status, therefore the VAT status of any boat that was in circulation pre-Brexit will have been determined by its location at the point of Brexit – i.e. (provided it had VPS in the EU28 at that time), where a boat was in the UK it had UK VPS, where it was within the EU27, it then had EU27 status, and in both cases they would have effectively ‘lost’ the VPS in the other territory. And of course the VAT status of the boats put into circulation will have VPS in the territory where VAT is paid, but NOT in the ‘other’ territory.

But that is not necessarily the whole story…

As we know, entering a territory with a boat is technically an import liable to VAT (and in certain circumstances, Duty), unless a particular relief applies. RGR is the mechanism that allows a boat returning to a territory to avoid paying VAT and to resume its VPS, subject to certain conditions. These are fundamentally the same for both the UK and the EU27 (the UK having adopted the primary legislation from the Union Customs Code):

There are however some points of difference, factors to note and observations that have been made:

As a consequence of these, it does mean that UK owners who acquired their boats within what is now the EU27, either as VAT paid or with EU VAT explicitly charged, unless they had brought those boats to the UK pre-Brexit under their ownership on coming to the UK now they will not be eligible for RGR and VAT will be payable (unless another relief such as Transfer of Residence is available) – so effectively being required to pay VAT twice.

This also means that potential UK-based purchasers of EU boats will be looking at VAT payable on importation into the UK. However, it is always worth enquiring of the vendor whether they have previously had the boat in the UK (pre-Brexit). If so it may be possible to structure the purchase in such a way as the current owner ‘imports’ the boat into the UK, RGR claimed and then the sale completed.

Whilst for pre-owned EU VAT paid boats the picture post-Brexit has become significantly more complex and potentially restrictive, the door has been opened for UK buyers who are perhaps keen to keep their boats in the Med and are not concerned about using them in UK waters, who are then in a position to buy and use these boats in the EU27 VAT-free.

The first stage of the process is to ensure that the initial sale, either from the UK or from within the EU27 itself, is treated as an export and zero-rated.

Where this is from the UK this needs to ensure that the boat is either transported or sailed to a destination outside the UK – this can be a country outside both the UK and the EU27 (such as the Channel Isles, Gibraltar – but see below, Norway etc) or provided the proper procedures are put in place, direct into the EU27. The boat then enters the EU27 under TA, with no VAT / Duty due.

If a new boat is being acquired from an EU27 there is a little more planning involved. As from the UK, the boat will ordinarily need to be removed from the EU27 and arrive in a destination outside the EU27, before returning to the EU and entering under TA. However, there are local variations – for instance in France it is possible for a French-established supplier of a new boat to effect the zero-rated export and placement on TA of the boat without it being necessary to leave France; in Italy there is a formal mechanism that allows local Customs agents / lawyers, with the aid of the AIS tracking device, to simply take the boat 12m offshore, effect the completion and return under TA. However, the specific mechanisms vary between members states and it is advisable to check before committing.

The TA approach also work for pre-owned EU27- based boats that are NOT VPS; either because they themselves are currently under TA or the current owner has them as ‘VAT Accounted’ – this means that they will have paid VAT, but almost certainly reclaimed that same VAT as the boat is being commercially operated (e.g. business use / chartering), which whilst having VPS under the current ownership, would necessitate VAT being charged if/when sold within the EU.

A quick reminder of the key TA points in the EU27:

TA is effective simply by entering EU27 territorial waters, with no requirement to formally notify arrival (other than local national conditions) – this is normally referred to as ‘declaration by conduct’. However, the recommendation is that where the duration of stay within the EU27 is likely to be extended / more than just a casual trip in and out, what is known as an ‘oral’ declaration is made – despite the name, this usually involves using a local Customs agent to lodge an entry and obtain documented clearance (usually referred to as ‘Article 165’), which can then be used and shown throughout the EU.

That Sounds Great, But…

Whilst TA offers a great opportunity for non-EU resident to acquire and use pleasurecraft VAT free within the EU, there is a health warning and a strong recommendation to undertake proper research for embarking on such a route, as how different EU members states treat certain transactions and the use of TA is not always the same – a few examples:

Previously when acquiring a non-VPS boat from within the EU, with a wish to continue that position post-purchase under TA, the common approach has been to take the boat 12m+ offshore, complete and return to shore. France has a mechanism that enables that approach to be adopted, but with the use of French Customs agents the removal and return can be pre-approved. However, recent experiences in Italy have indicated that they do not accept a simple offshore completion / return, but have a requirement now to make landfall in a 3rd country, documented completion and then return under TA.

Contrast that to the sale of new pleasurecraft out of Italy, by Italian established distributors, where an accepted mechanism allows, through the use of Italian Customs agents and lawyers, to export the vessel zero-rated and using AIS tracker, recorded departure beyond 12m then return under oral (but formal) TA. France also has a mechanism that, where approved, allows the zero-rated ‘export’ and immediate placement under TA for non-resident buyers, where it is not necessary for the boat even to leave the country!

Gibraltar with its proximity to Spain, but as a non-EU country, has long been used as a destination to execute ex-EU sales / purchases before returning to the EU. With the UK’s departure from the EU and Gibraltar’s inclusion with the Schengen area and desire not to rock the EU boat, this is no longer as straightforward as it once was. Boats arriving under own keel, completing and then re-entering into the EU27 should not have any difficulty, provided they acquire a properly documented attestation as to the place of hand-over and formalise the TA into the EU. However, boats arriving by transport will be treated as ‘freight’ and be required to undergo formal import procedures – this will usually entail either being treated as ‘in transit’ (thus defeating the object of the exercise if dipping out / back into the EU) or be imported (unlikely to be accepted). 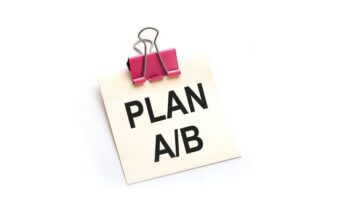 The picture is not necessarily as bleak as perhaps initially anticipated; there are certainly opportunities for British buyers looking to gain an advantage and provided those looking to acquire and use boats in the EU27 do their research and properly understand what they are getting into and plan well in advance, they should be fine. However, there are losers and for those British owners looking to bring their boats back to the UK and who do not qualify for RGR or one of the other reliefs, they will need to look at a Plan B – and at the moment that fabled ‘Repatriation Relief’ is probably not it.