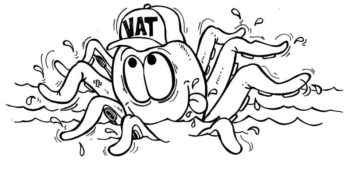 31st January 2020 and the UK finally, after false starts in March and October 2019, has left the EU. Only we haven’t really, not until the end of this year and the ‘transition’ period has expired. At this moment in time we still don’t know what a deal going forwards from January 2021 will look like or if indeed there will be a deal or if we do fall off that cliff edge so feared and threatened over the past 3 years.

But where does that leave the UK yacht market and British yacht owners, with the perennial issue of VAT? Well let’s just wind back a bit…

An EU28 resident using a pleasure craft within EU waters must be able to demonstrate that the yacht they are using has ‘VAT Paid Status’ (VPS) – or to use its correct EU title ‘Union Status’. This means that VAT was paid/accounted for on the last chargeable event:

A non-EU resident is able to sail in EU waters and visit EU ports in a non-VPS boat under Temporary Admission (TA) for a continuous period of up to 18 months, provided conditions are met.

With ‘no deal’ the EU and the UK have already given an indication of what the landscape will look like, with guidance issued earlier last year.

The UK will be treated as a ‘third country’, therefore sales from the UK into the EU27 will be (zero-rated) exports, with VAT payable by the EU27 ‘importer’, be that a business or private customer. This is not necessarily a significant difference from the current position in terms of VAT being due, although the mechanisms may be slightly different.

This is where it gets a little more interesting, particularly around the concept of ‘VPS’; the EU Commission have indicated that as at ‘exit’ date (now 31 December 2020), if a boat is lying:

Where does this leave us?

For yachts purchased by UK residents in the UK, UK VAT will still remain payable – but there is a question mark with regard to future values where the market for the subsequent disposal is likely to be elsewhere in the EU27. Whereas at present VAT is paid once, with no restriction on the movement and onward sale anywhere within the EU and with no further VAT due, the current post-exit position would see the requirement for VAT to be paid again on entry into the EU27 either for sale within or by the EU purchaser taking the yacht home. This will undoubtedly have an impact on UK purchased yachts and their future residuals.

But is it all bad?

There is no doubt that whilst we now have clarity as regards the UK definitely leaving the EU, the uncertainty surrounding the exact terms and trading environment posttransition remains as before. This is clearly impacting on UK buyers’ decisions as to when – and indeed if – they will buy their next yacht; also where. This is clearly a worry for UK suppliers and distributors.

But for those Brits that are looking to sail and keep their boats mainly in the Med there could actually be a potential advantage. Provided they are not intending to use the yacht in the UK it would be possible to arrange for the purchase to be effected in a place outside both the UK and the EU27 or offshore as a ‘zero-rated’ supply; with the UK becoming a 3rd country a UK resident would then be free to use their boat within the EU27 for a continuous period of up to 18 months (NB there are unconnected residency timescales that also have to be observed) without the need to pay any VAT. Any subsequent sale within the EU27 or to an EU27 resident would require EU VAT to be paid, but commercially this simply puts the UK resident on an equal footing – whilst retaining the flexibility to sell the yacht VAT-free if the circumstances and commercial requirements dictate.

For those who plan to use their yachts primarily in the UK, with plans to keep their pride and joy for some time, UK VAT with no post-transition deal will not necessarily present any barrier to acquisition – and if they do so wish to visit our continental cousins, they can still do this with impunity under the TA rules.

So in the final analysis, whilst none of us really know quite what the landscape will look like after the end of the year, purchasing decisions still come down to individual circumstances – what do I want to do with the yacht, where and when?

Regarding VPS for a UK based yacht being ignored by the EU 27 after transition, it is hoped that a grandfather clause is allowed for UK VPS boats whilst UK was legitimately part of the EU28. Otherwise, this becomes a retrospective double tax and it could be claimed as a proactive discrimination; we wonder whether the European Court might find favour to this view and rap the EU27’s knuckles? But again, pigs may fly! – Sue Grant