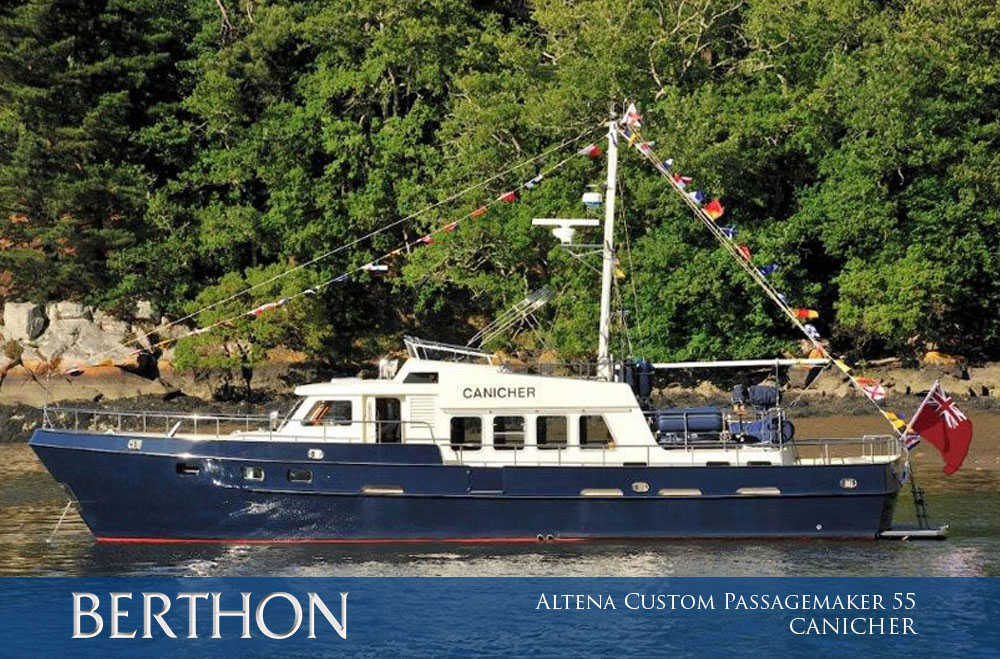 CANICHER’s owner saw the line drawing of the first Altena Blue Water Trawler in Boat International. It was 47’ 6” overall. He photocopied it and then cut and pasted the picture to extend the length. He then took that picture to the Amsterdam Boat Show where the prototype Trawler was exhibited in shell form – no woodwork fit out at all!

There he met Otto Brinksma, the naval architect of the ship. When Otto saw the extended lines in the picture he exclaimed “that is what I wanted to build!” When asked why they hadn’t, he explained that the prototype was a speculative build and it was the largest which could be sailed in the canals without a licence. 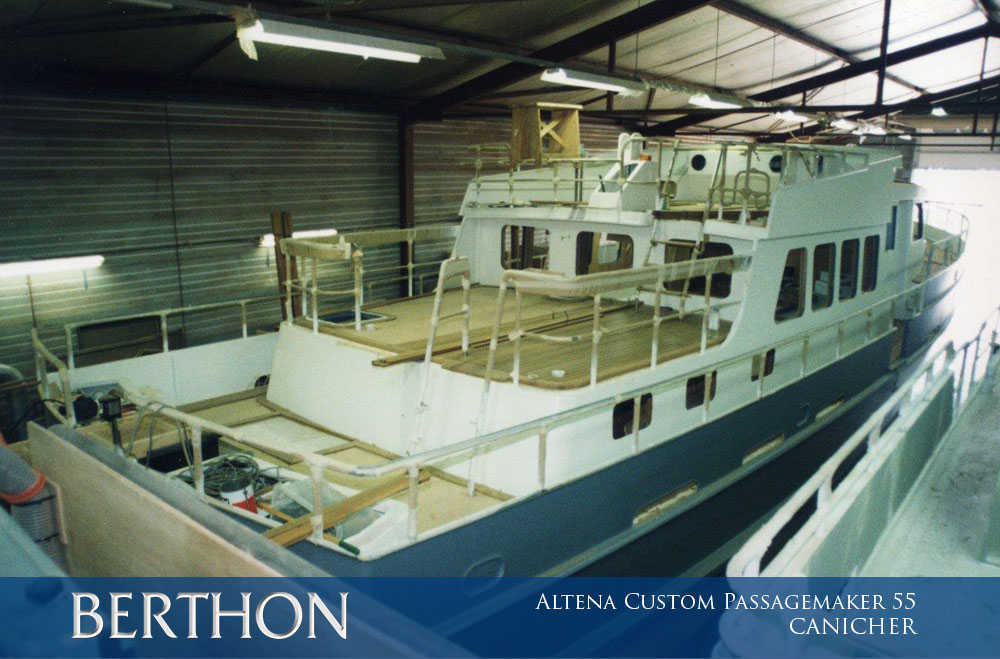 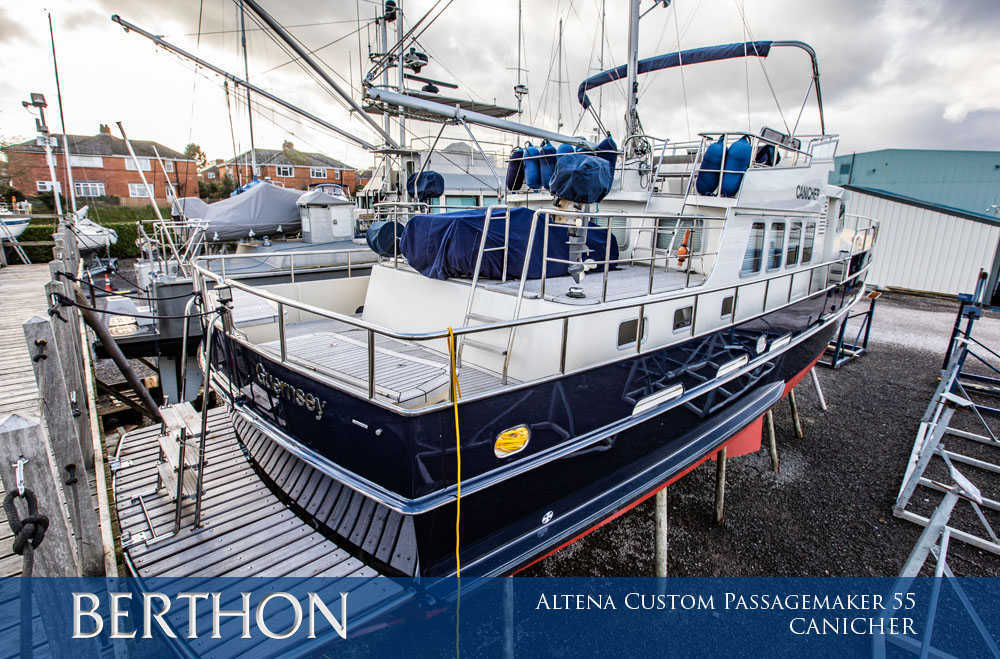 CANICHER’s owner explained to Otto that he wanted a long distance passage maker with transatlantic range which could withstand green water on deck, a knockdown and would self-right. It must have redundancy on all systems, watertight bulkheads and be capable of withstanding a heavy grounding.

Together, they set out the specification which included parameters for all the key ratios and hull angles, close framing, heavier plating below the waterline, a massive bottom plate for the keel, a wing engine, fuel polishing, careful consideration of righting moment, metacentric height, centre of buoyancy, the minimisation of top hamper – avoiding double decking, ability to withstand green water pooping, etc. 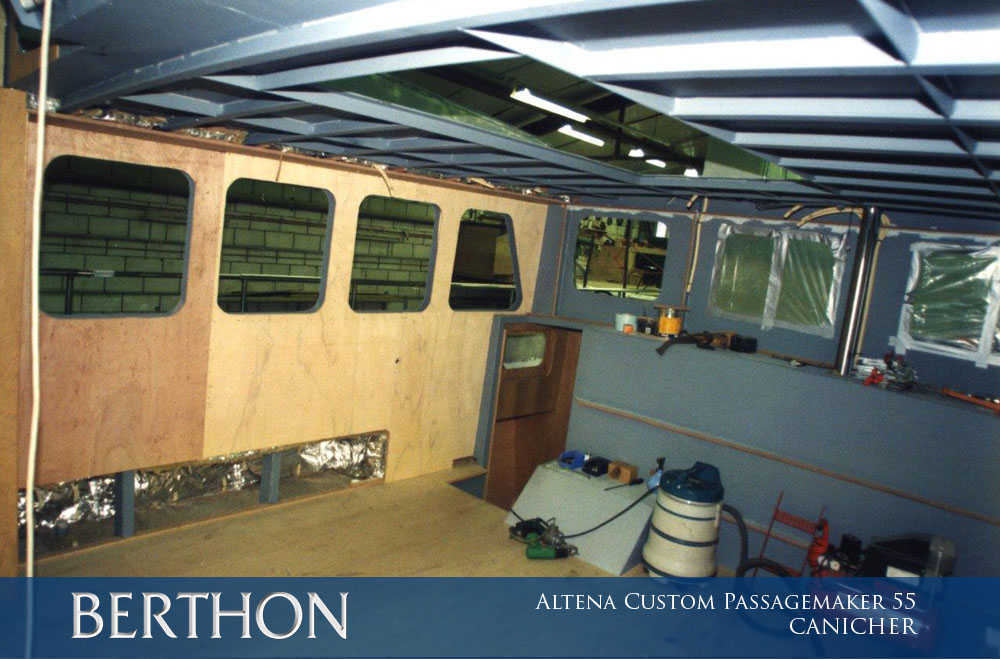 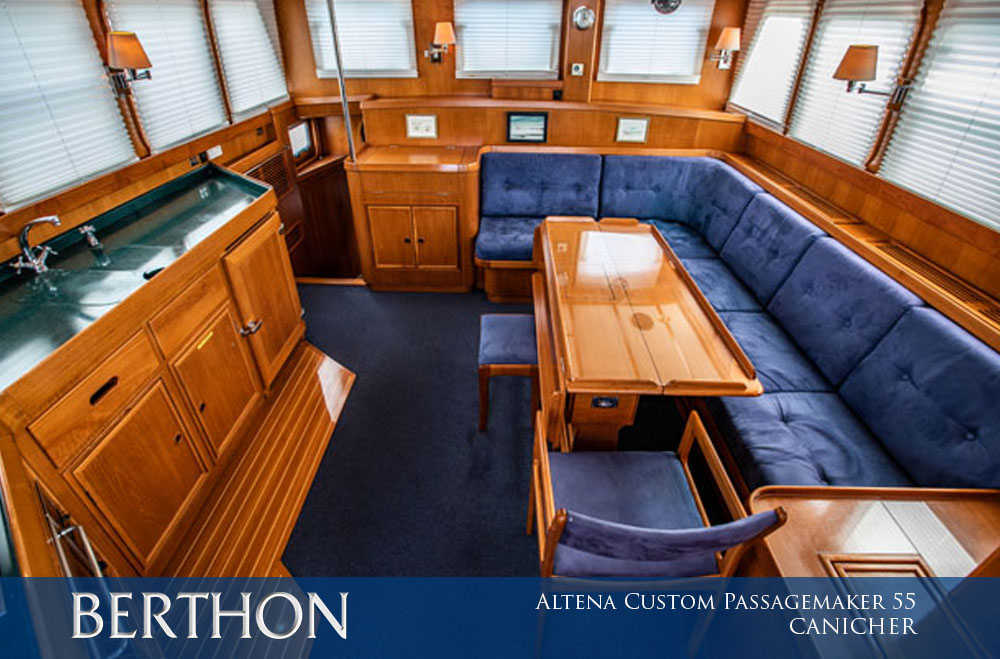 Gradually a plan and a specification were drawn up. The hull was to be hydro conical for efficiency, it was to be sandblasted immediately before painting. Van Claver was to be brought in to do the painting with Awlgrip – they were recommended by American Paints as the best in Holland. The interior was to be fitted with Bruynzeel matched grain teak faced marine plywood, sprayed with Epiphanes clear varnish.

Altena had never been asked to build to this standard before but Otto promised detailed oversight of the build. CANICHER’s owner visited Holland 32 times during the build – which took a year – and Otto lived up to his word! When CANICHER was launched, yard owner Gerard Pols was heard to say that although very proud of CANICHER, but never wanted to build another yacht requiring that much extra specification, fit out and custom detail! 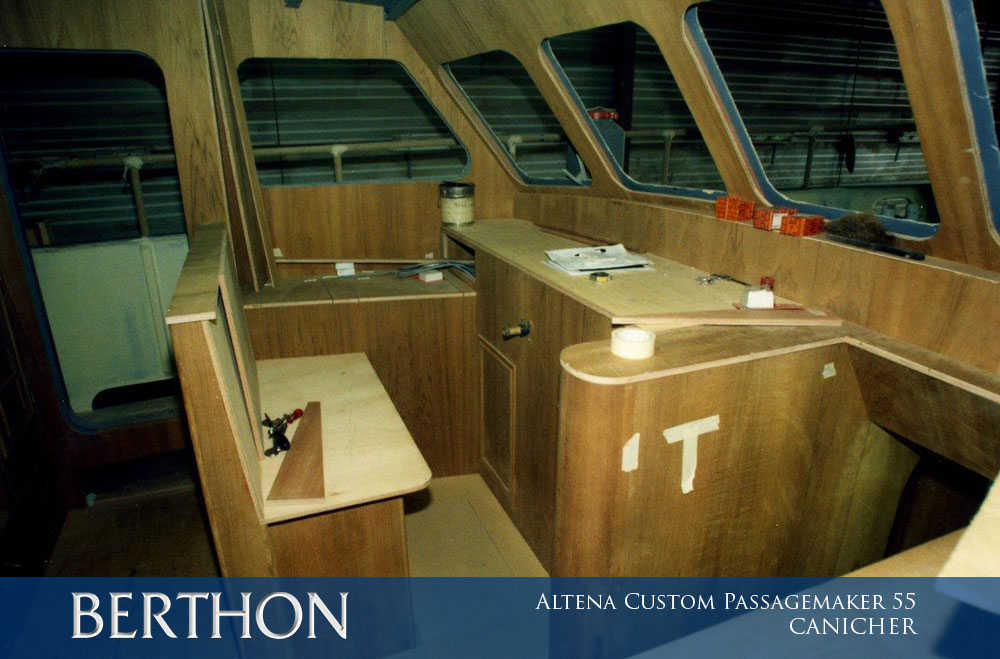 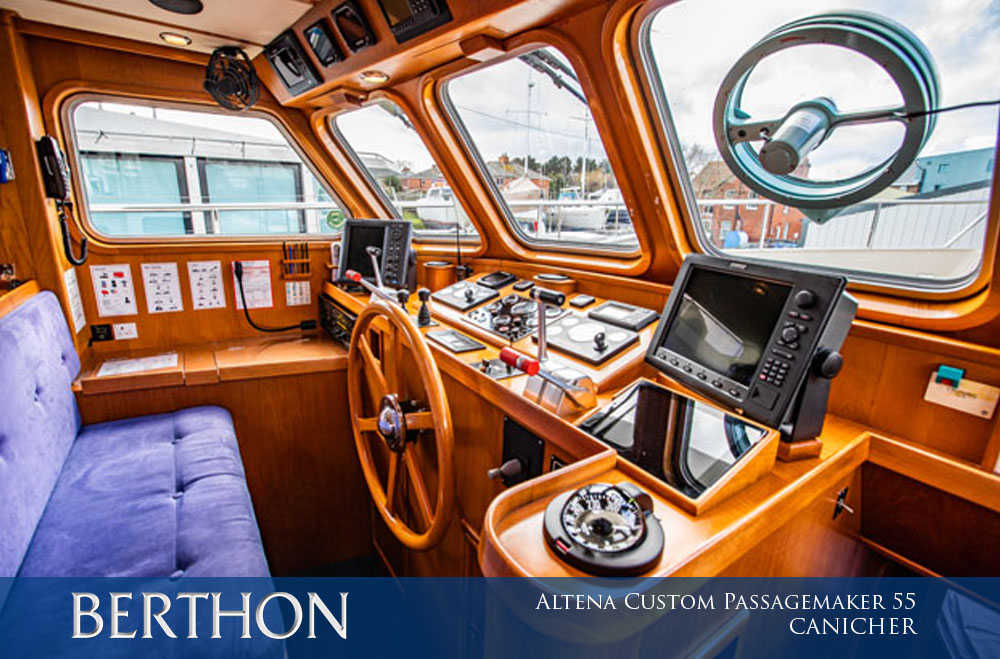 CANICHER has been done a disservice of late, as it has been suggested that she is part of the 50’series. As lovely as they are, this is not at all the case. CANICHER most definitely is a larger yacht at 55’. She took from 1998 to 2004 to be born with all these amazing updates and she must be seen to be appreciated. 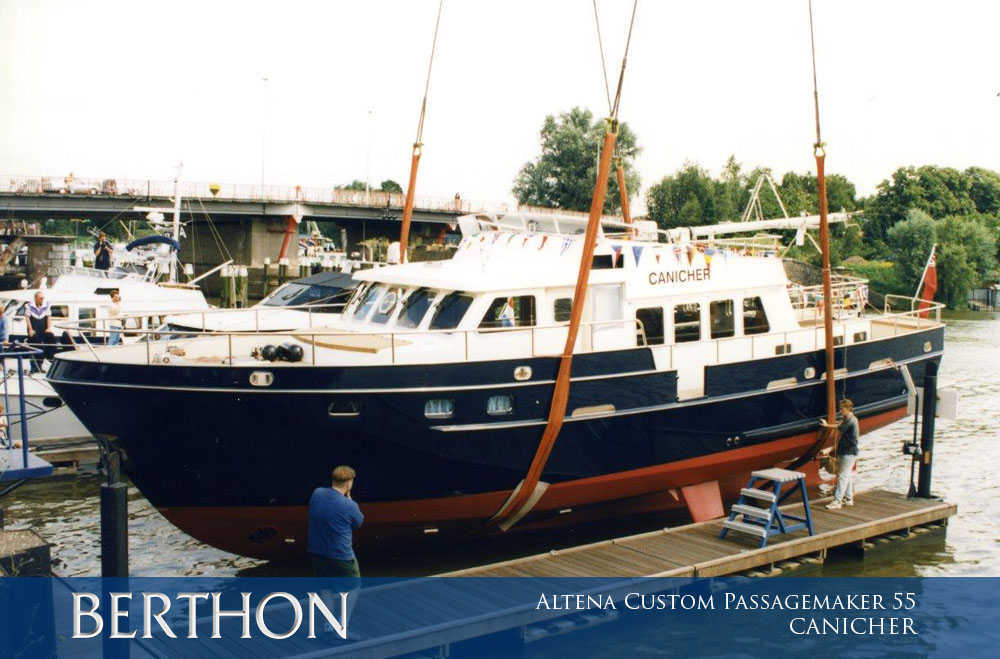 CANICHER is available for FaceTime and real time viewings at our Lymington HQ. We would love to show you around this very special yacht, whilst observing all the current social distancing rules of course.