Challenge 67 DISCOVERER and ‘The Longest Swim’

“I’m not an Olympic swimmer, I’m an adventurer who likes to swim.” – Ben Lecomte 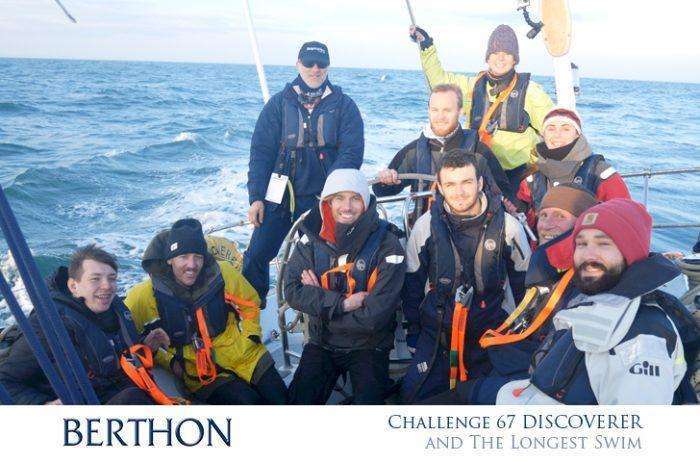 Adventure is the buzzword surrounding the next mission of veritable human dolphin, Ben Lecomte, and the Challenge 67 DISCOVERER, recently sold by Berthon International. 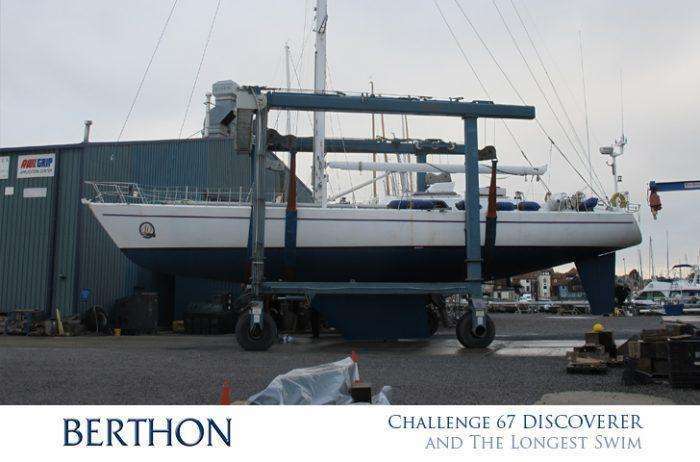 The Challenge fleet are internationally famous with an extraordinary heritage, and Berthon have been involved with them from the start: painting them, refitting them, supporting them and selling them. The entire fleet has passed through our hands at one time or another – they’re almost like family – so we understand what they’re capable of and best suited to. With this in mind, we were able to advise their very interesting new owners which yacht would be best matched to their very big ambitions – and the kind of ambitions perfectly suited to being the new custodians of one of these unique yachts. 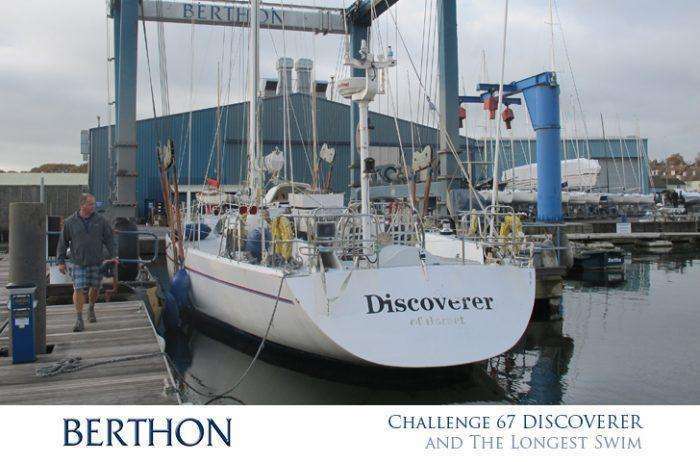 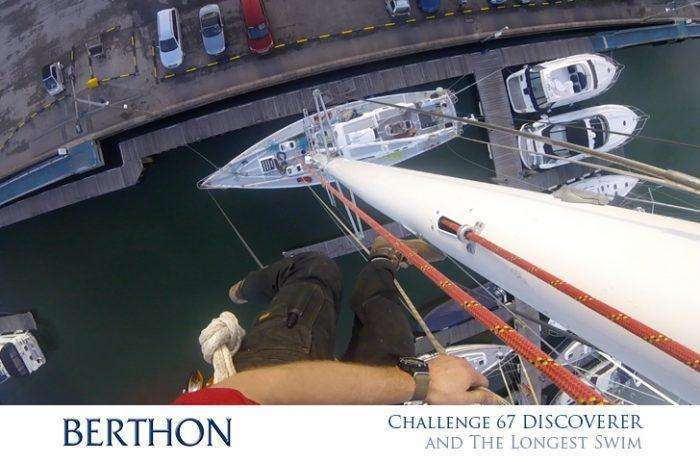 Ben Lecomte is a name many will already know; 1998 saw him accomplish the unimaginable as he earned the title as the first person ever to swim across the Atlantic Ocean, making the crossing in 73 days. Following being tracked by a Great White shark for five days, numerous jellyfish stings and thoroughly exhausting himself, once back on solid ground he vowed ‘never again’ would he undertake such a mission… A spirit so audacious and with such a strong affinity with the water doesn’t stay idle for long however… and if everything goes according to plan, he and his intrepid team will shortly be making history once again.

Spring 2017 will see Ben and his The Longest Swim team (http://thelongestswim.com) set off from Tokyo, as he returns to the water once again to swim across the Pacific Ocean, arriving eventually in San Francisco after an estimated 6 months on, but chiefly in, the water. Prior to Tokyo, the team are undertaking a series of challenges to test the mettle of DISCOVERER before the final off, including sailing down to the Canaries, across the Atlantic to the Caribbean, through the Panama Canal and up to San Diego.

Here the team will be able to attend to any required work before they then cross the Pacific to meet Ben, and be ready to start the long journey back again. 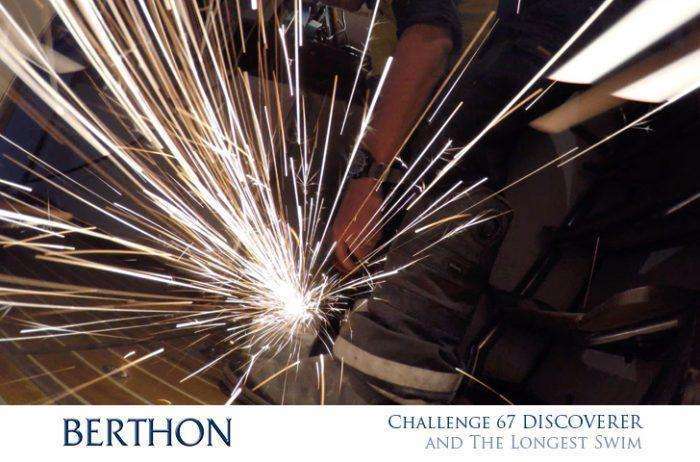 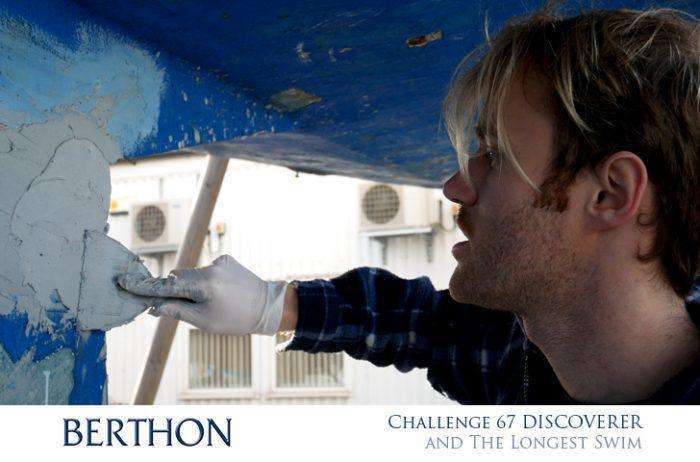 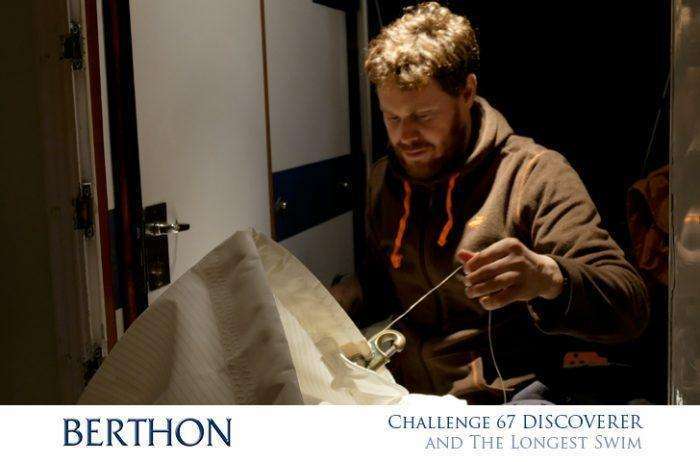 One would be forgiven for thinking the team has an addiction to pressure, but these time constraints are essential in order to catch the best of the weather for the swim.

So how will it work once underway? The DISCOVERER crew will drop Ben off every day with a RIB to accompany him having taken a GPS tracker reading signed off by two members of the crew the day before to ensure he’s starting where he ended the previous day’s swim. From there, Ben will then endeavour to swim for 8 hours each day, covering an average of 30 miles. He will then be picked up, fed, watered and most importantly rested overnight. It’s for this reason that choosing a crew has been one of the most important tasks for Skipper James ‘Scotty’ Scott, as keeping Ben’s morale up when on the yacht is crucial to his success. 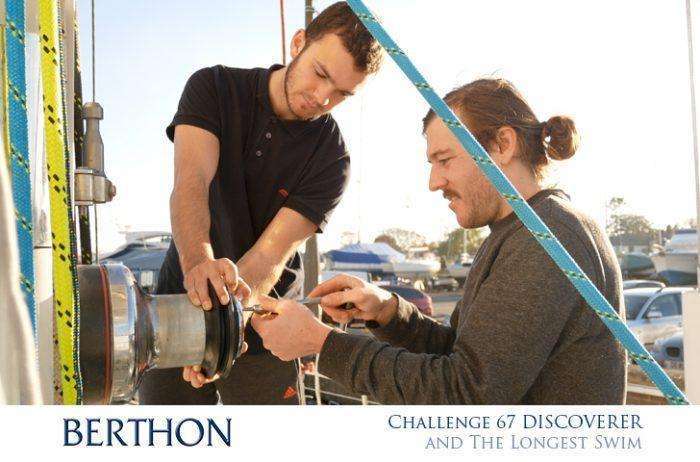 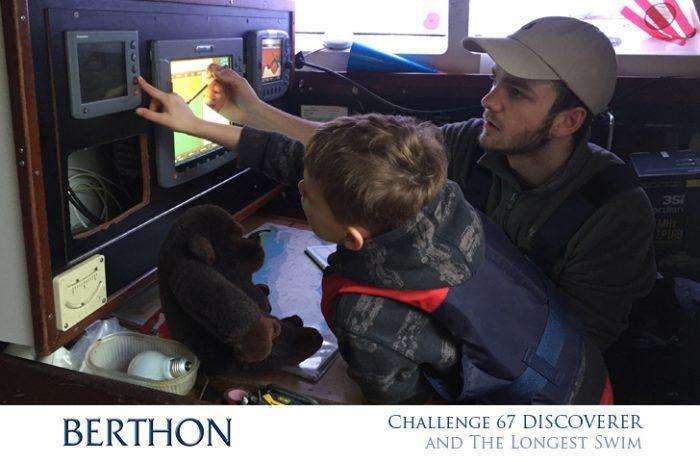 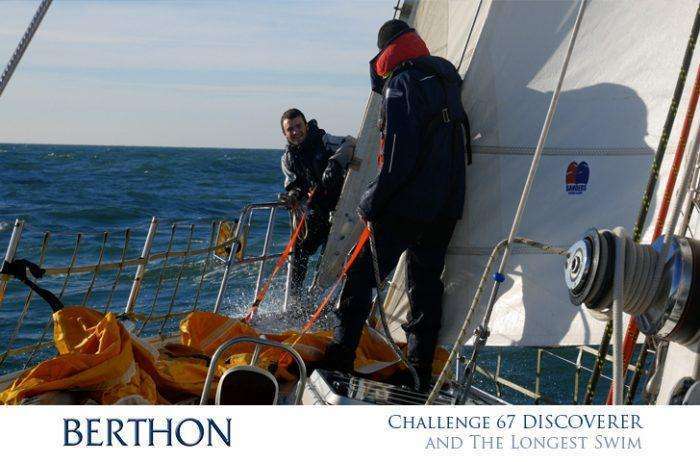 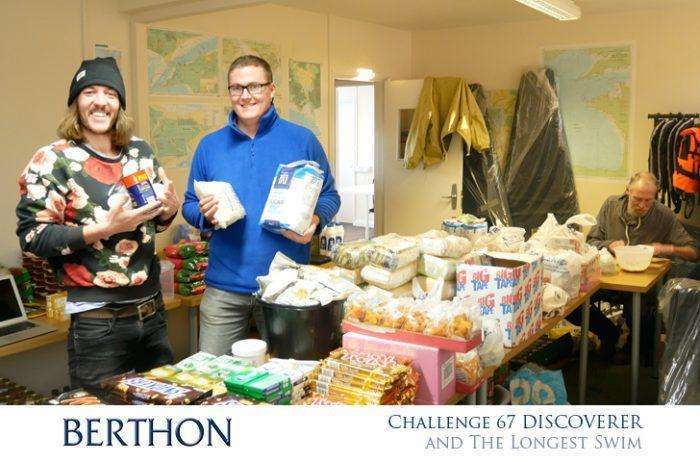 DISCOVERER will also have her own very special mission whilst accompanying Ben. Raising awareness about sustainability and the importance of the health of our oceans is the driving force behind him, so under the direction of researchers from 12 scientific institutions, including NASA and Woods Hole Oceanographic Institution, the crew will perform oceanic and medical research throughout the journey, making it the first time such scientific work has been conducted by members of the public rather than dedicated scientists.

When asked why he wanted to be part of the mission, Skipper Scotty states: “it’s the ultimate mix of sailing and adventure – it’s impossible to find a trip of this magnitude these days, which means it’s a truly once in a lifetime experience.”

Endurance swimming pushes people to their absolute limit, and Ben has been following a strict schedule of intense mental exercises as well as physical preparation, to make sure he’s ready to go in the Spring. In the meantime, the team have been working tirelessly (with a helping hand from Berthon) to get DISCOVERER ready for the off, and are champing at the bit to get going. She is now back in the water, has undergone the necessary sea trials and sails like a rocket, so, first stop: the Canaries. 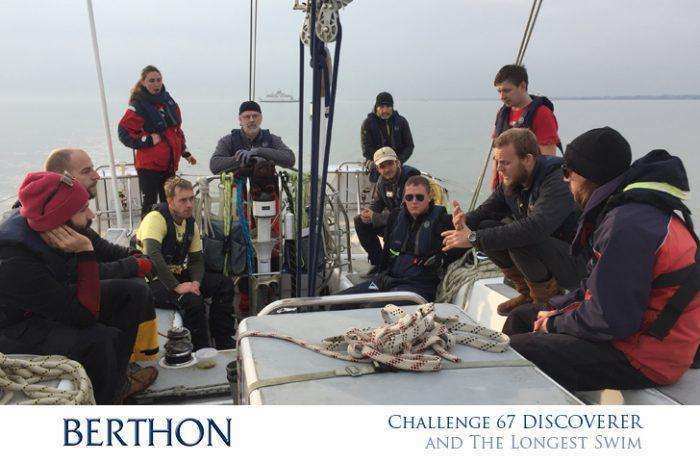 The Longest Swim are still looking for a title sponsor for this truly epic undertaking – and the motivation behind them has never been more apposite: all those who sail on them know that the health of our oceans is an increasingly serious issue. If this might be of interest, please don’t hesitate to get in touch with the team directly through their website http://thelongestswim.com.

We wish the team fair winds and smooth sailing – and the very best of luck!

You can follow Ben and DISCOVERER’s progress on their website, which will be updated regularly on their journey or on any of the following social media channels: