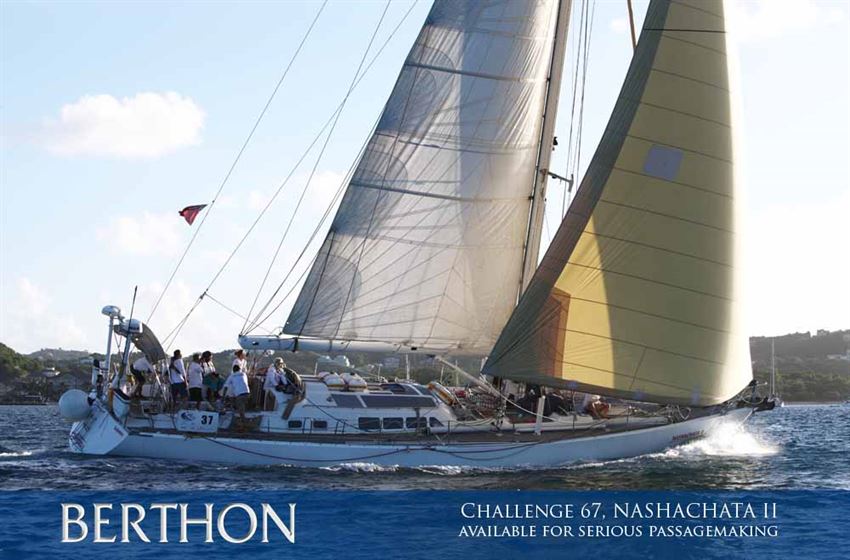 The penultimate Challenge 67 to launch, she is part of an iconic fleet built by Sir Chay Blyth’s Challenge Business to race around our planet against prevailing winds and currents.

Sold from the Challenge Business, she continued to be maintained to MCA Category 0 and she was optimised for high latitude sailing with a practical and well engineered pilothouse and sensible interior for extensive Arctic passages. 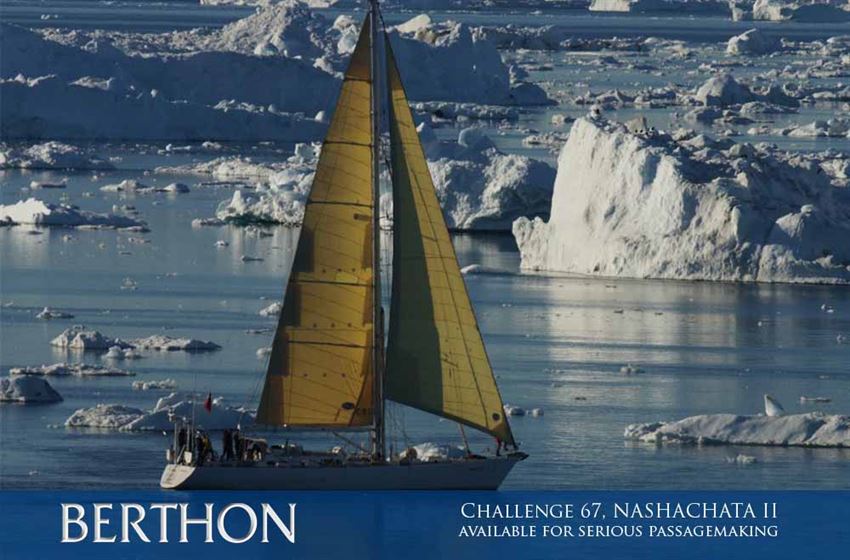 She was sold to this owner 8 years ago and named NASHACHATA II. Since then she has taken more than 1,100 sailors to sea and has voyaged 97,000 miles, spending 18,000 hours in 110 consecutive sailing stages. She has sailed in all extremes of weather from the Arctic to Antarctica.

After such a demanding programme, her owner decided that she needed a refit, to prepare her for the next 97,000 nautical miles and also to put her back into class at MCA Category 0. This is what he says about the refit –

“During the first stage of the refit, the engine and all the tanks were dismantled to facilitate precise thickness measurement of metal plate and the structural control of the hull. Despite her mature age of 23, the hull was found to be in perfect condition and hull plates still have 99.9% of their original thickness. 12 layers of paint were applied – the precision in painting plus the additional protective layer of ‘wax’ (applied in particular to the under water tanks) have ensured maximum protection against corrosion in an aggressive marine environment which will be ongoing. 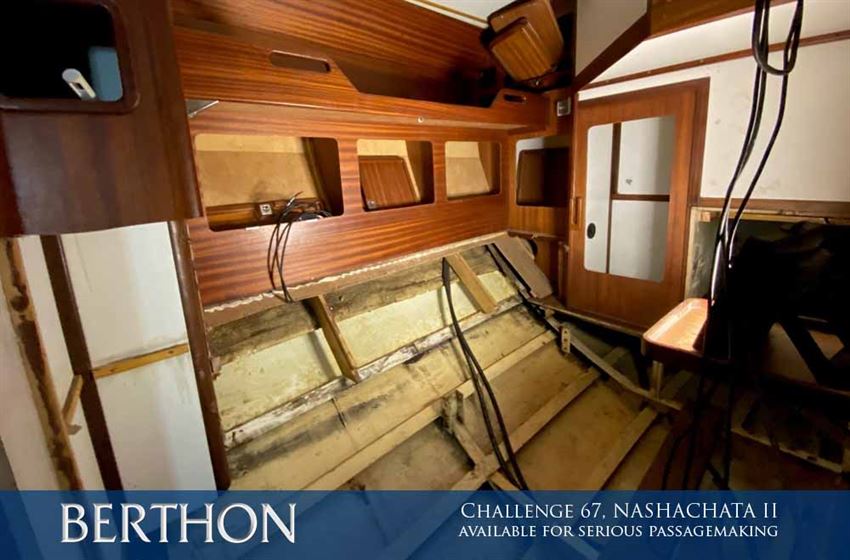 As a part of the interior hull renovation, cleaning and varnish was supplemented with targeted 3 additional coats of paint to corrosion areas and whole hull interior plates, below the waterline. The mast step was replaced, with new floors and the supporting structures mounted, and only then were the tanks reinstalled.

All through-hull valves were replaced and an additional independent engine cooling system installed. After disassembly, the engine was completely rebuilt and the pistons, valves and cylinders replaced. The engine compartment is now covered with a new insulating fireproof coating and equipped with a new extinguisher system. The engine also has a new electrical installation and switchboard, allowing for additional control over operating parameters from the steering column.

As a part of the overhaul, all installations including fuel, bilge, and water supply, electrical, hydraulic for bow thruster and autopilot were replaced. 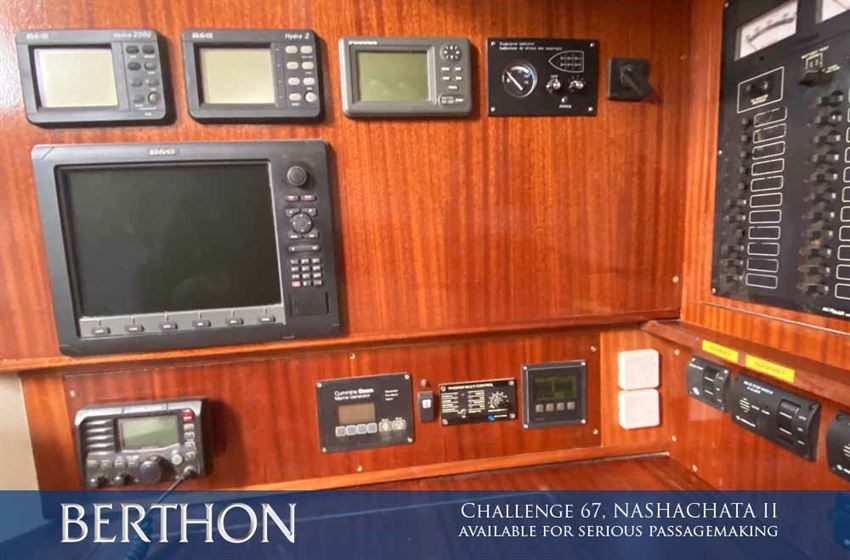 4 new AGM batteries with a capacity 480Ah, 24V were installed. The steering column was disassembled, all bushes replaced and the shaft re-machined. Propeller shaft bearings were exchanged and a new shaft braking system installed. 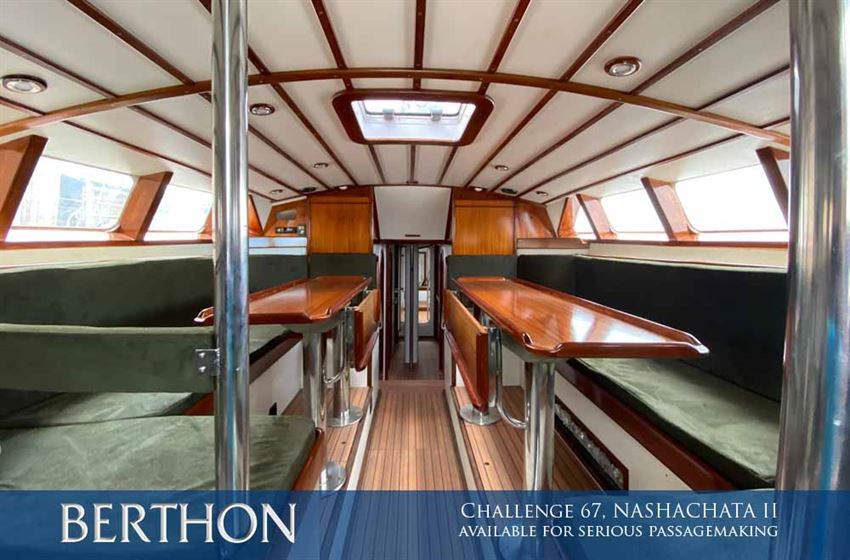 The yacht’s interior received a lot of attention during the refit to provide maximum comfort and high-class solutions – the forepeak was redesigned with two new berths, providing the opportunity of alternative usage. The entire interior, including all cabins, were refreshed – the upholstery in the saloon refurbished and new cabinets fitted in the galley and heads.

Further investments include electric shower drainage pumps, an advanced grey water system in the galley which meets the premier ecological requirements and allows grey water to be collected through a connector in the deck. The anchor locker and the position of the windlass were modified, the chain moved to the crash chamber, freeing up a lot of space in the forepeak.

Meanwhile on deck, 4 winches (Andersen 67 and 72) located in the cockpit were replaced, while the mast underwent a major overhaul replacement of rigging parts and was repainted. Rollers were renovated and a new mast rope organizer fabricated – based on Antal equipment. The deck, sides and underwater were repainted and teak panels partially replaced in the cockpit. 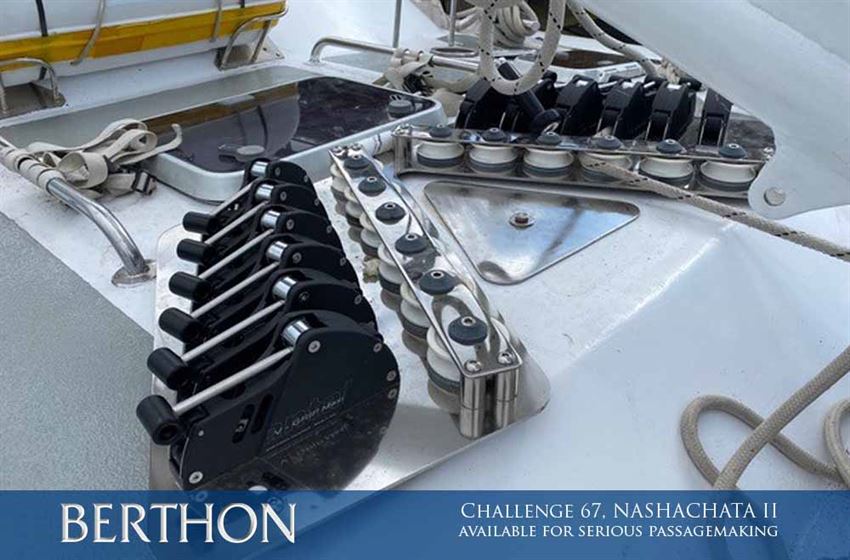 Each sail underwent a full service, including small repairs. In terms of rigging, some lines were replaced and new Antal deck blocks installed. The spinnaker boom was refitted 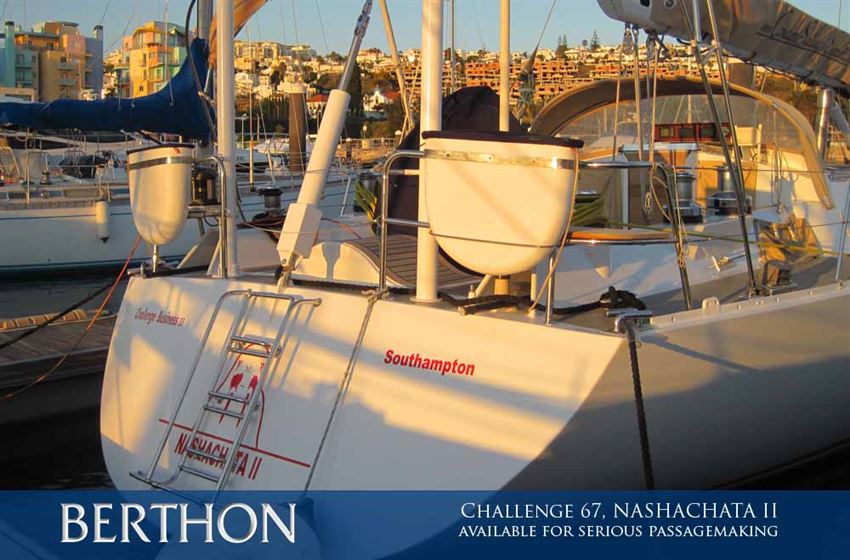 With respect to safety measures. She has new 12 x Crewsafer 290N pneumatic life jackets as well as three new SOLAS A class Zodiak life rafts. A state-of-the-art satellite communication system Iridium LT-3100S GMDSS has been installed which meets the SOLAS A GMDSS (Sea Areas A1, A2, and A3) requirements. 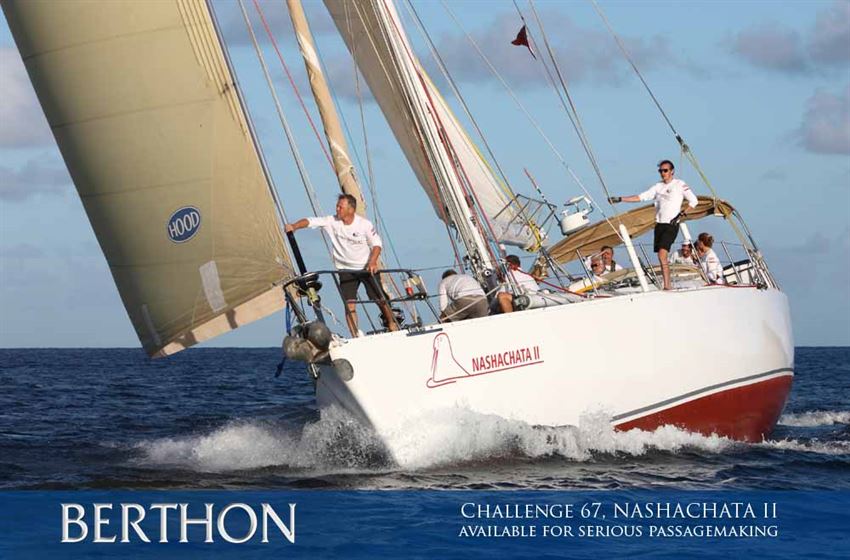 NASHACHATA II is ready for your adventures, the choice of route and ocean is yours.