Home Berthon Blog From Russia with Love, and now at Berthon – Fairey Huntress 23 LIBERTY (Hull no. 48)

From Russia with Love, and now at Berthon – Fairey Huntress 23 LIBERTY (Hull no. 48) 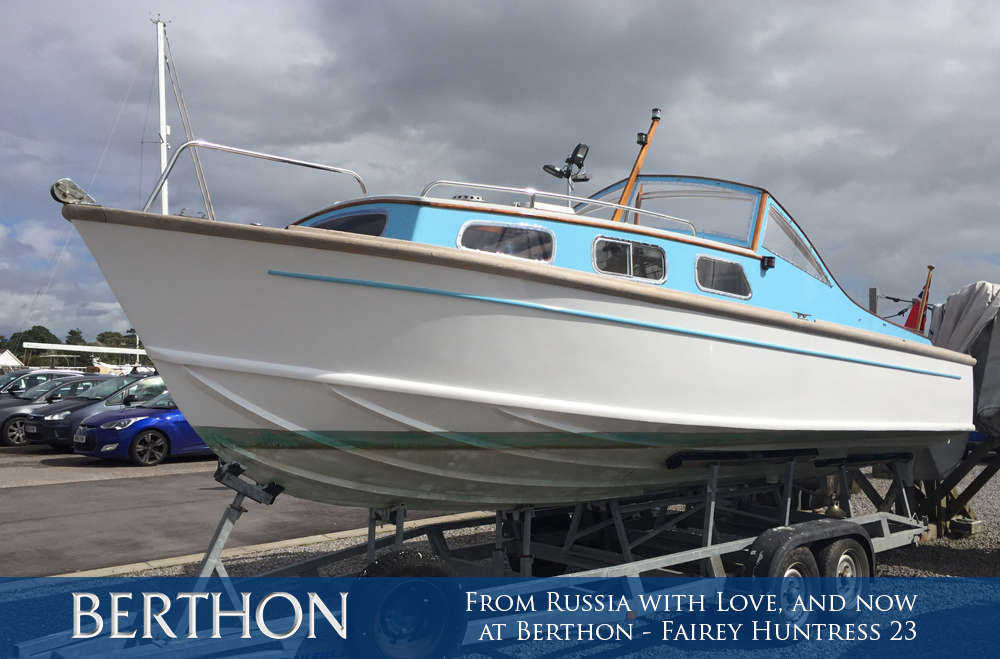 When the Fairey Huntress 23 LIBERTY arrived at the Shipyard to be sold, we weren’t at all surprised that she attracted admiring glances from all who saw her. These game little motor yachts are ferociously good sea boats, with their epic lines from Alan Burnard, and she has been beautifully and thoroughly restored.

One of our clients seemed very well informed about the yacht and knew that she had been in the Bond film From Russia with Love, starring Sean Connery – so far so good, but when he nonchalantly added that he’d driven the boat in the film; well, we felt that the tale had to be told…

Mr McNamara, at the ripe old age of 18, was offered the job via a friend of his fathers who was in the Fleet Air Arm and who was a friend of Peter Twiss, who put the whole project together. Filmed in Loch Crinan, there were 7 Faireys which hurtled around at first practising, including letting go the air drums that would cause the amazing finale and then for the shoot itself…

The whole project lasted for a month with 3 weeks of filming. The wages were £25 a week from Fairey, who supplied the boats, and £25 as an extra. This was a king’s ransom in 1963.

The picture below shows Mr McNamara driving (for the baddies, we’re afraid). 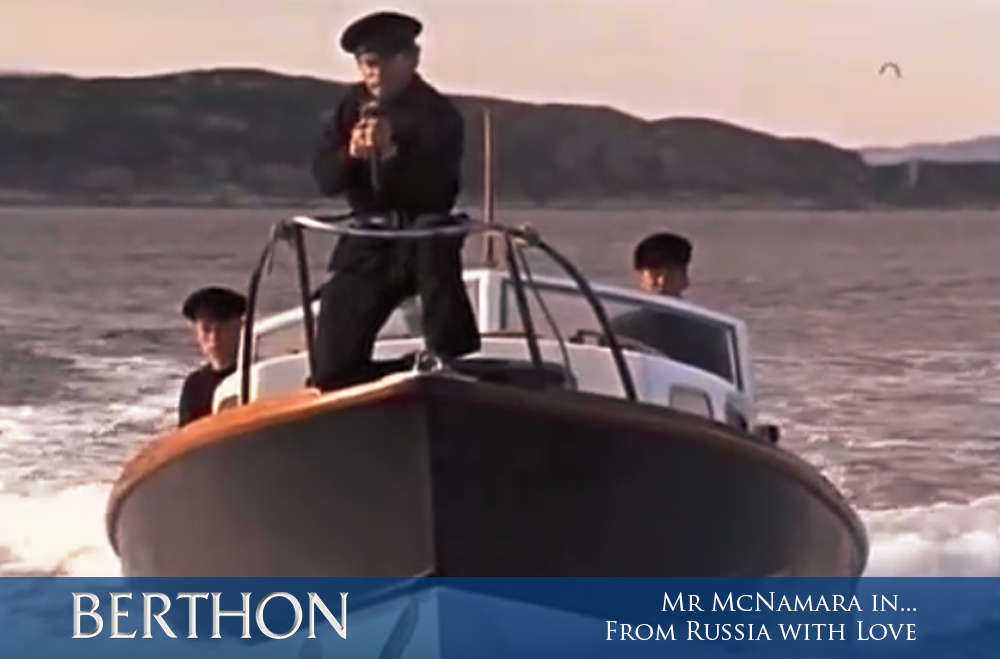 We asked what the best bits were, this was the reply –
1. Roaring around the Corryvreccen.
2. The bit when the water was ignited.
3. Beers with Cubby Broccoli and his daughter.

LIBERTY handled beautifully until the frightful James Bond blew our hero up!

LIBERTY is of course available to see, touch and write a cheque for at Berthon and we invite others to beat that for a terrific story… 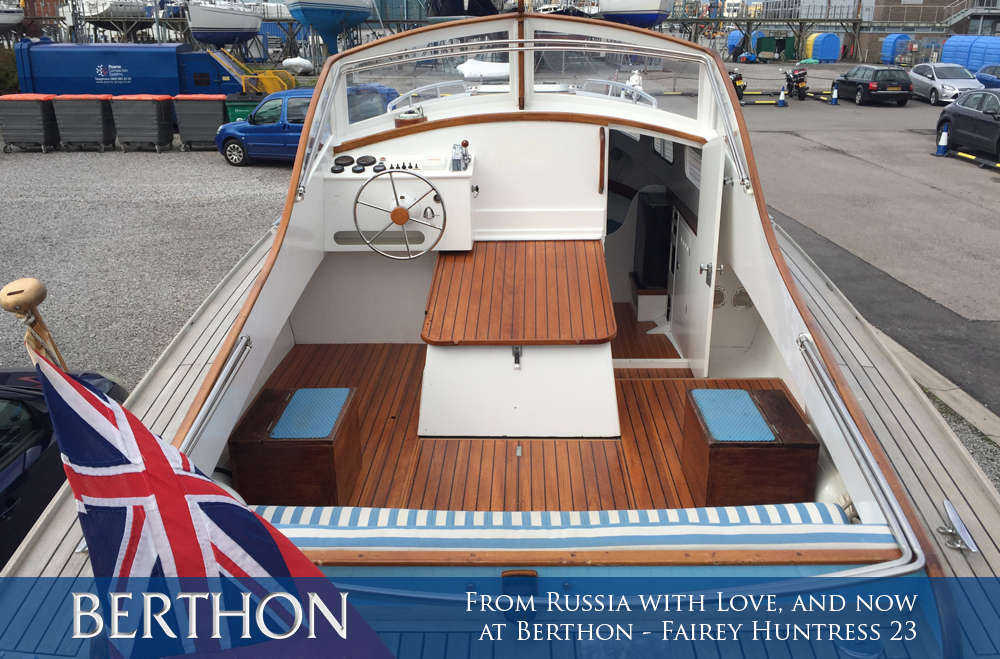 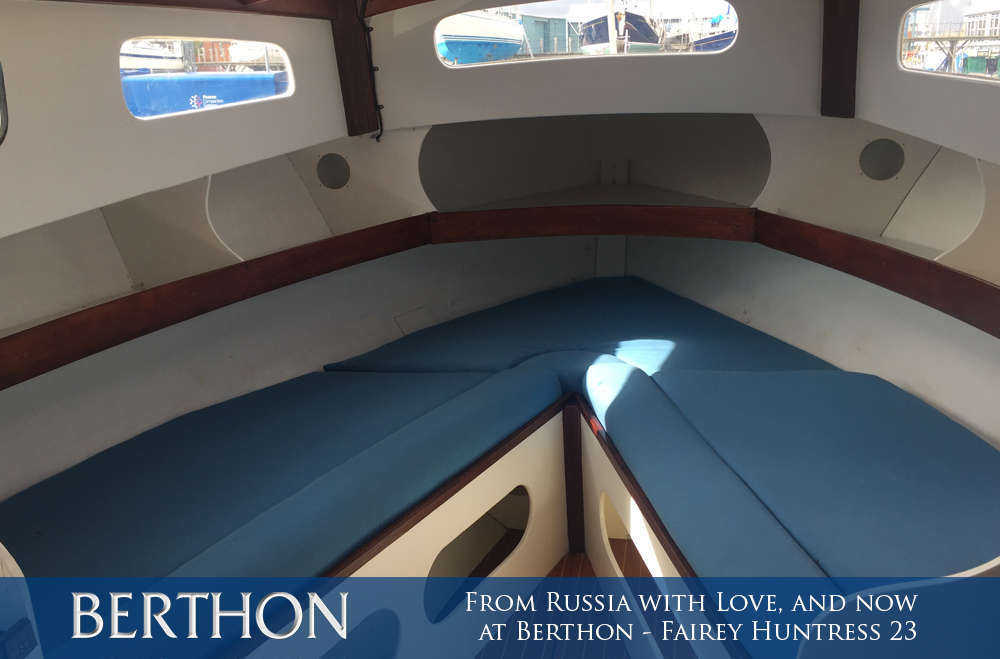 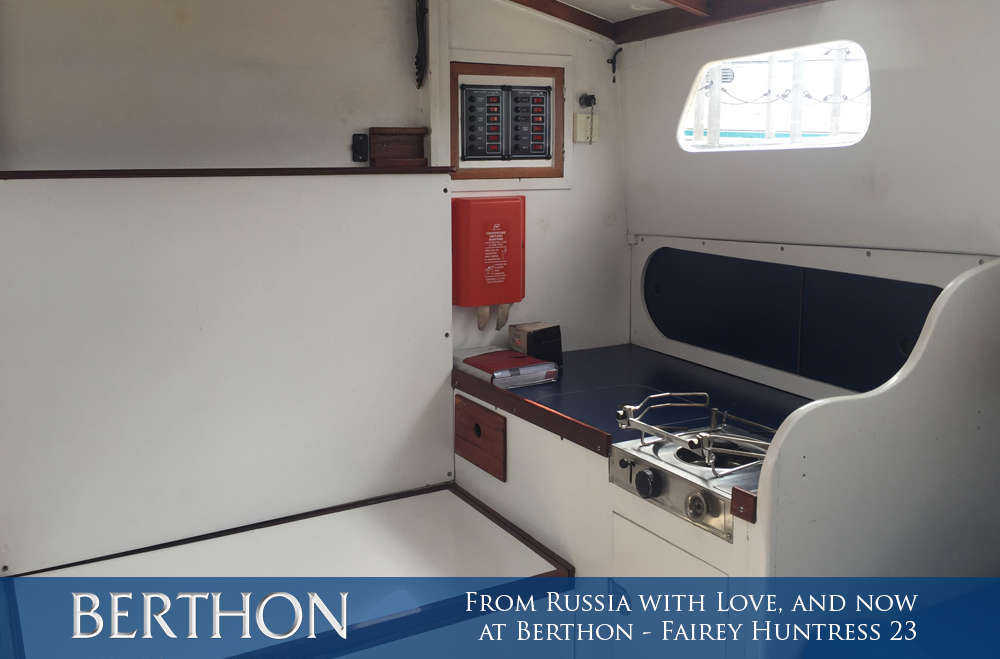 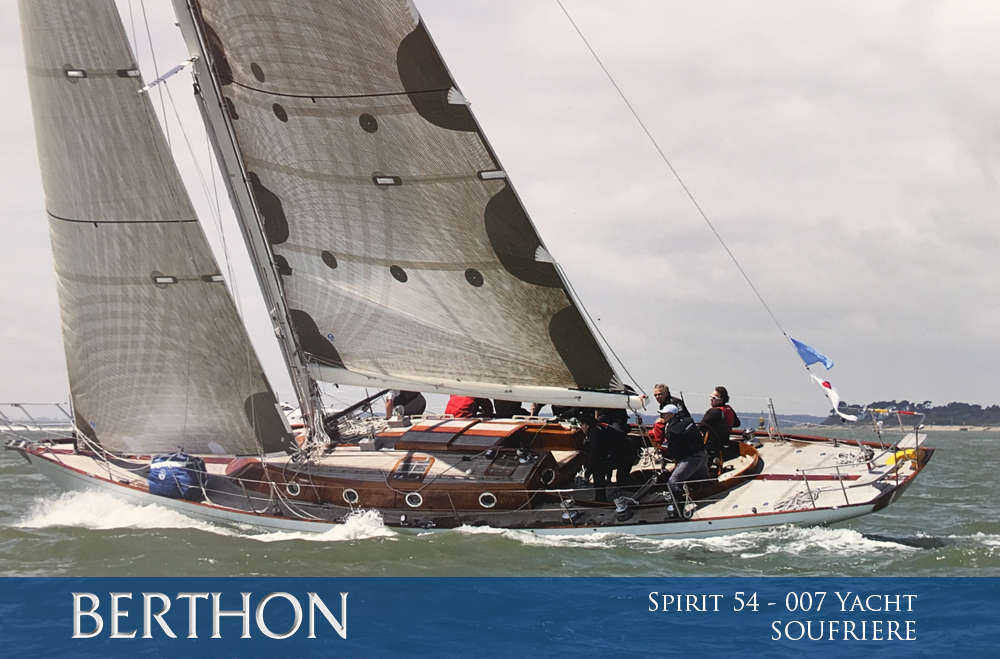