Home Berthon Blog This Moody 38 is as solid as a rock, and still has decades of sailing enjoyment to offer.

This Moody 38 is as solid as a rock, and still has decades of sailing enjoyment to offer. 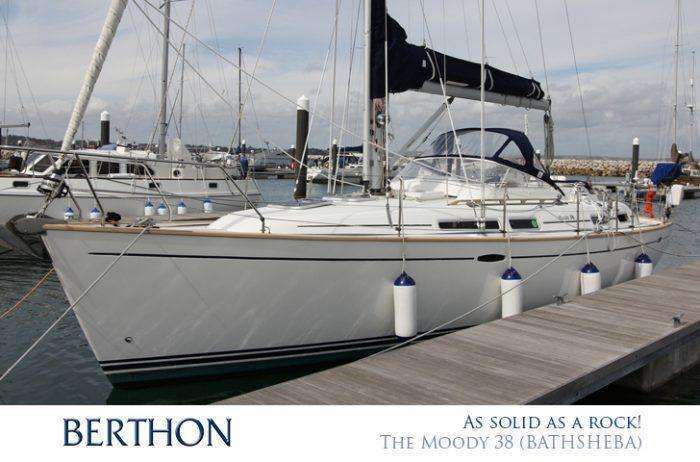 This week we thought we’d draw your attention to Moody 38 – BATHSHEBA [OFF MARKET], and why her current owner thinks she’s the bee’s knees! Asking £95,000 VAT paid. Lying Lyminton, UK.

‘I have owned BATHSHEBA since 2004 and bought her from her one previous owner in Burnham. She had hardly been used since her build in 2002, even still having a label attached to her anchor winch saying “remove before use”.

We chose her as, after a break of several years from sailing, we now had a 3 year old child and felt the centre cockpit design would help us to keep a close eye on a wandering toddler.

What was very noticeable was the effect her comparably high displacement had; when stepping on board she barely heeled. We have used her mainly for extended family summer cruises (sometimes 4 weeks or more) to the West Country, with occasional jaunts to the Solent. She has proved to be a smashing live-aboard yacht, with the trademark cavernous aft cabin making life very comfortable.

She has no vices whatsoever, and when on the wind in a stiff to strong breeze she just heels so far, then stays put. It was a rare event to take green water over the rail, even when in a near gale.

She is a lovely yacht to sail, though undoubtedly improved by my fitting a radial cut genoa and a fully battened main.

We are only selling because a family legacy, and pressure from our now teenage daughter’s growing number of friends who want to sail with us, has enabled us to buy our larger, and I am sure our very last sailing yacht – but of course I said that when we bought BATHSHEBA.

She has always been marina based and any maintenance requirements attended to promptly.

In short, a solid as a rock yacht that still has decades of sailing enjoyment to offer.’ 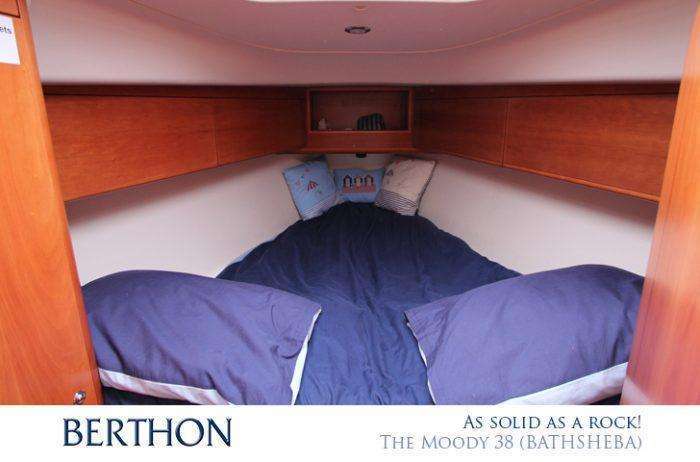 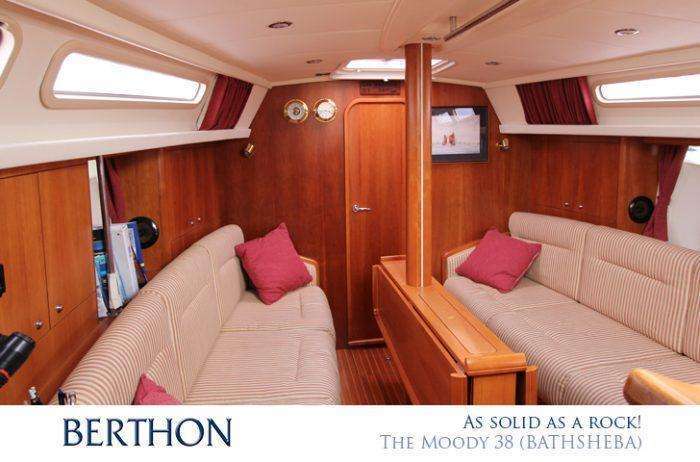 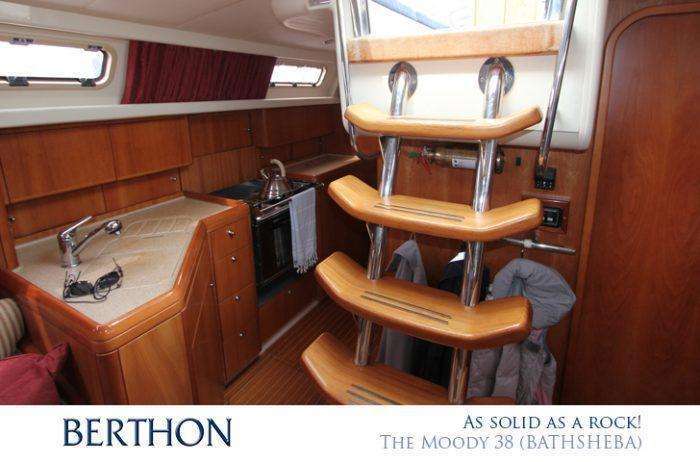 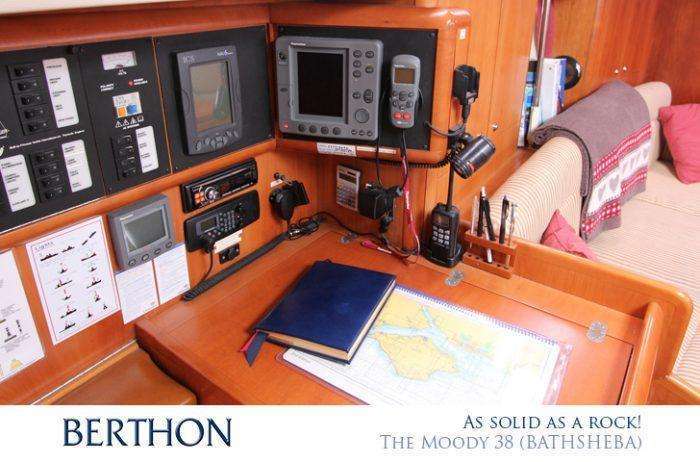 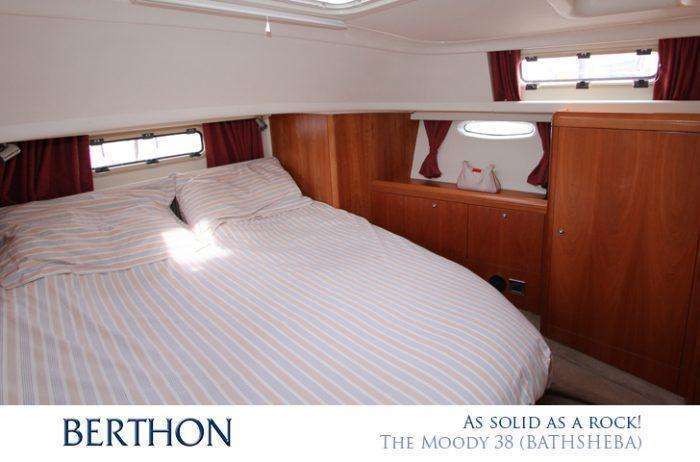 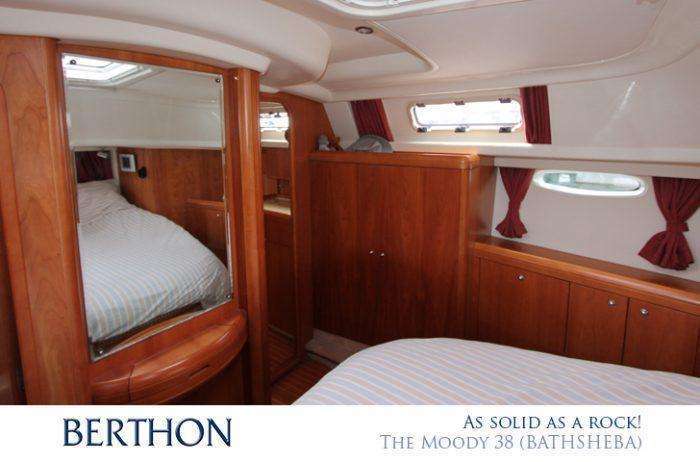 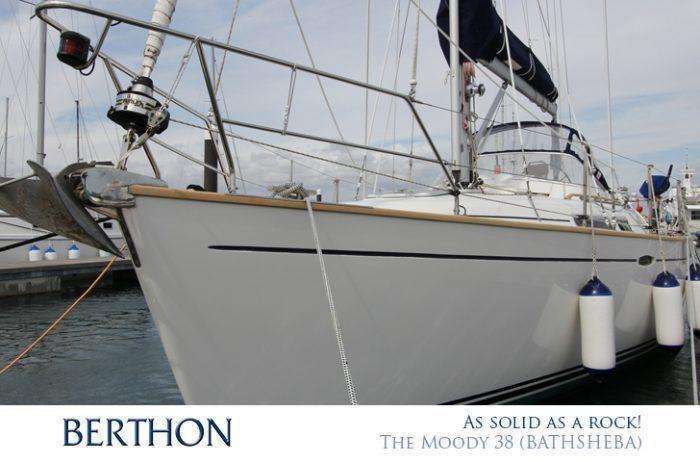 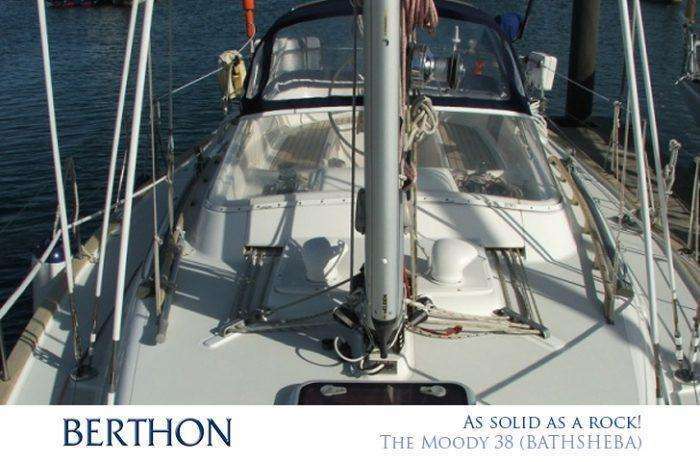 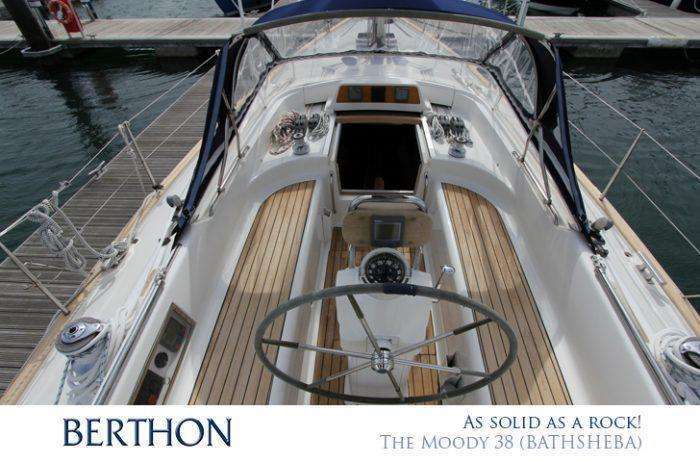