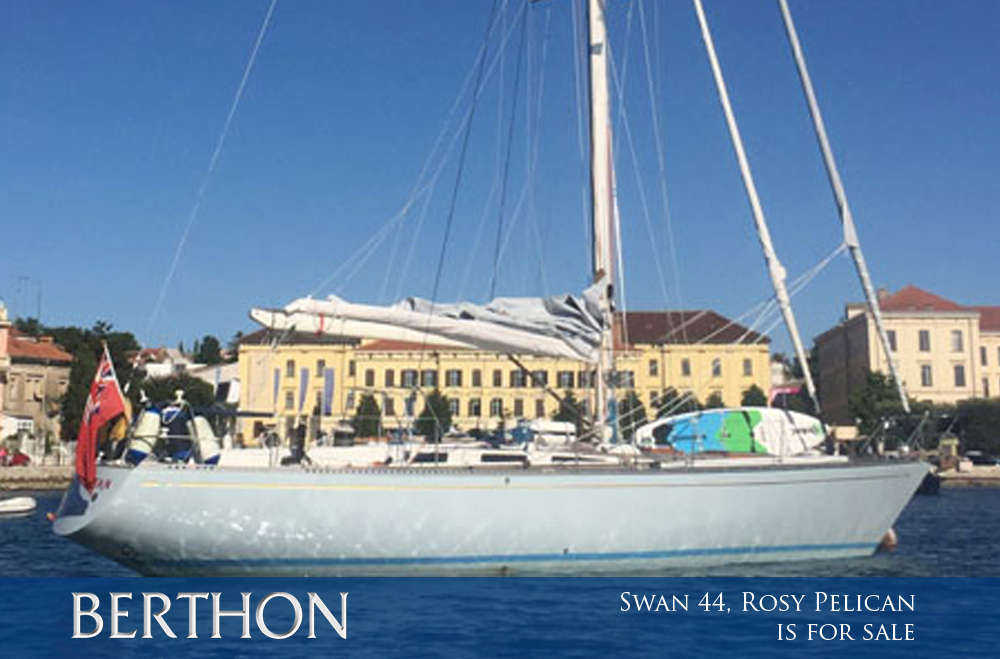 This is not Nautor Swan 44 ROSY PELICAN’s first trip through the Berthon brokerage office. However the last time was some 30 years ago when, believe it or not, the faces in the office were slightly different to those here today!

Although, she is a yacht which is certainly not showing her age or wrinkles! ROSY PELICAN has been very well loved in her life and has been in her current ownership for an impressive 27 years. She has done the odd bit of Swan racing but has mainly been used for cruising in the Med in recent years. In 2015 she was ashore in the Hamble and underwent a rather impressive refit which has systems wise brought her very much into the current century. 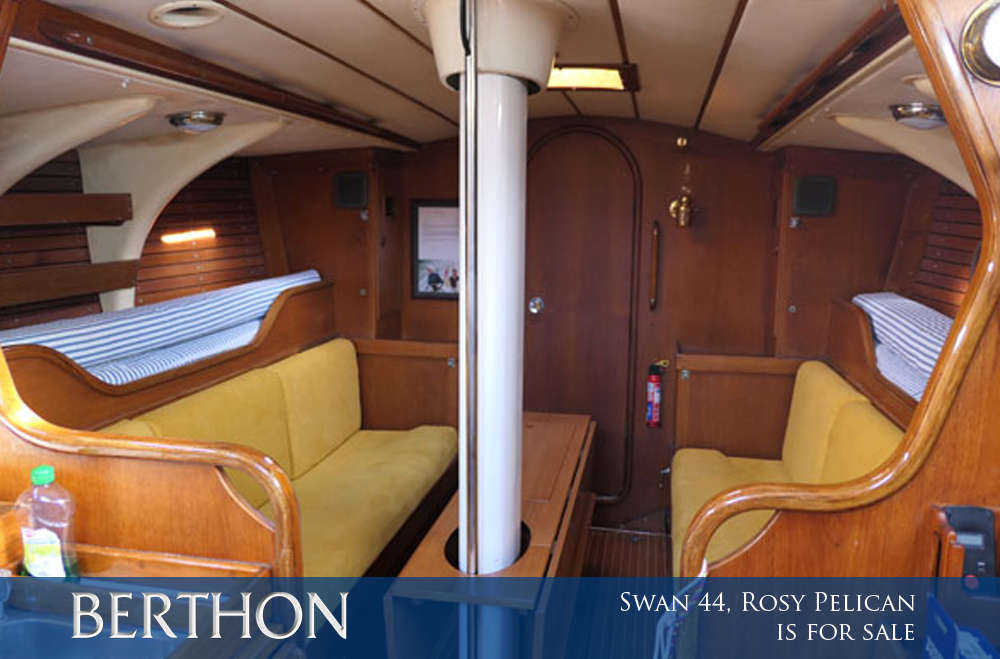 ROSY PELICAN arrived into Lymington in September 2019 from the Med and the PYD delivery crew were rather effusive about what a joy she had been to sail and how well she had looked after them. Testament to the impressive Swan build quality and sailing performance. 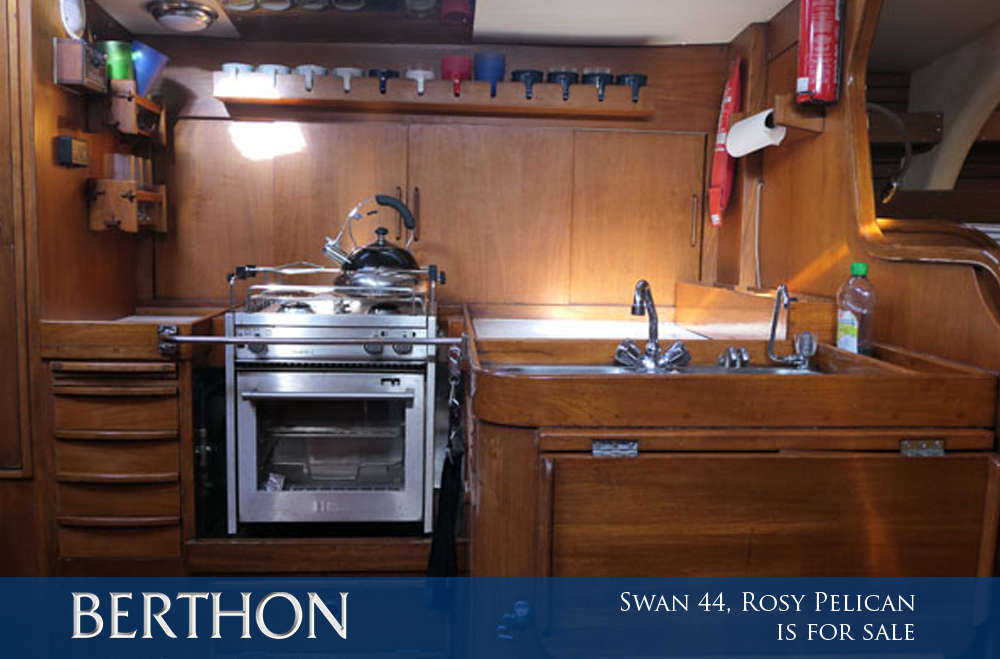 Her hull profile aft and rudder were adjusted, a modification which has been done on a large number of 44’s to help control downwind. The majority of her systems were also stripped back and replaced and she now lies ashore here in Lymington, ready and waiting for a new custodian. Her performance since the refit (and the new rudder) has been quite spectacular. She was 3rd in her class in the RYS duo-centenary regatta in 2015 (overtaking Dorade – at 8’ longer – in the process!) and won the trophy for the best results of any Corinthian crewed Swan in the S&S class at the Swan Cup in Porto Cervo in 2016. 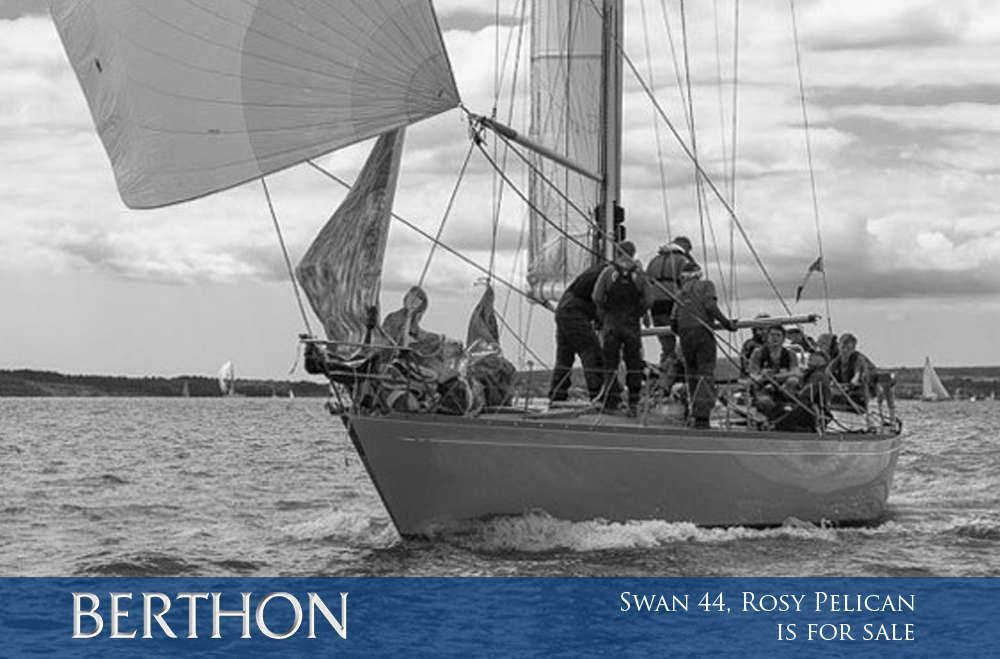 Although built in 1972 she really is in lovely condition and she is certainly a yacht with a good feeling and many a story to tell. Her price has been reduced and her owner is keen for ROSY to be out sailing with her new owner for the 2020 season. She is ready to go back in the water and would be very fun for RTI 2020!