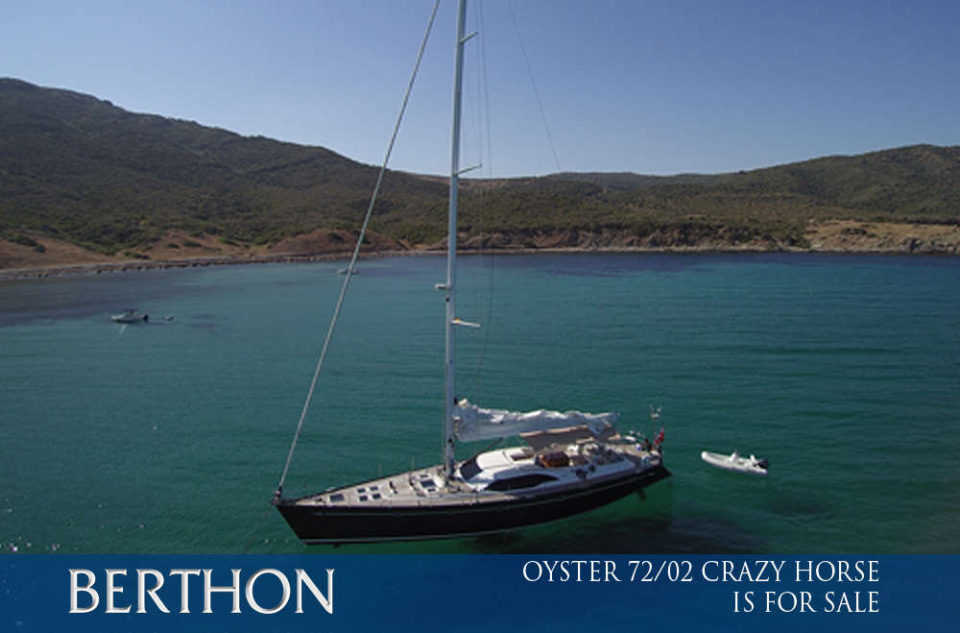 Named after the Lakota War leader who took on the United States Federal Government in the 19th century. She is a stunning looking yacht with her metallic ‘British Racing Green’ topsides livery, gleaming upper works, new decks and carbon rig.

To see her live visit –

Originally built as OYSTERCATCHER and of carbon for performance – she is as strong as an ox, yet light as a feather. 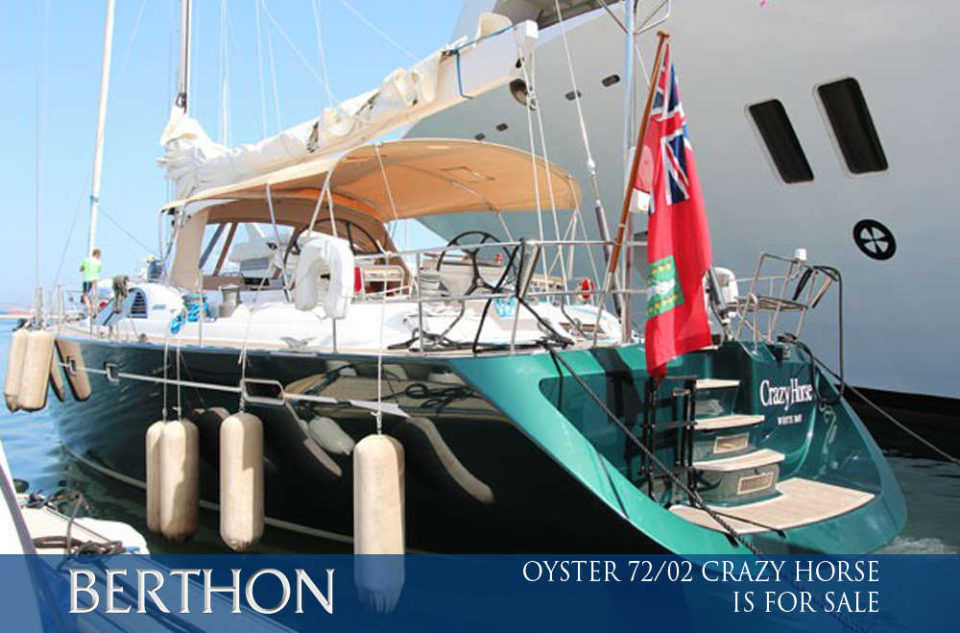 She was totally refitted in 2016. The structure was refreshed and fully repainted after the teak decks were replaced and deck gear and rig were refreshed. Of course, she has new sails. This year the underwater profile was fully re-copper coated.

Down below a lot of refit work was undertaken, with a new VIP cabin being installed in the forward section of the yacht with a separate shower stall and lovely teak joinery. The galley was reworked and fitted with electric cooking and new Corian surfaces. Of course, the battery capacity was upgraded to allow for that. 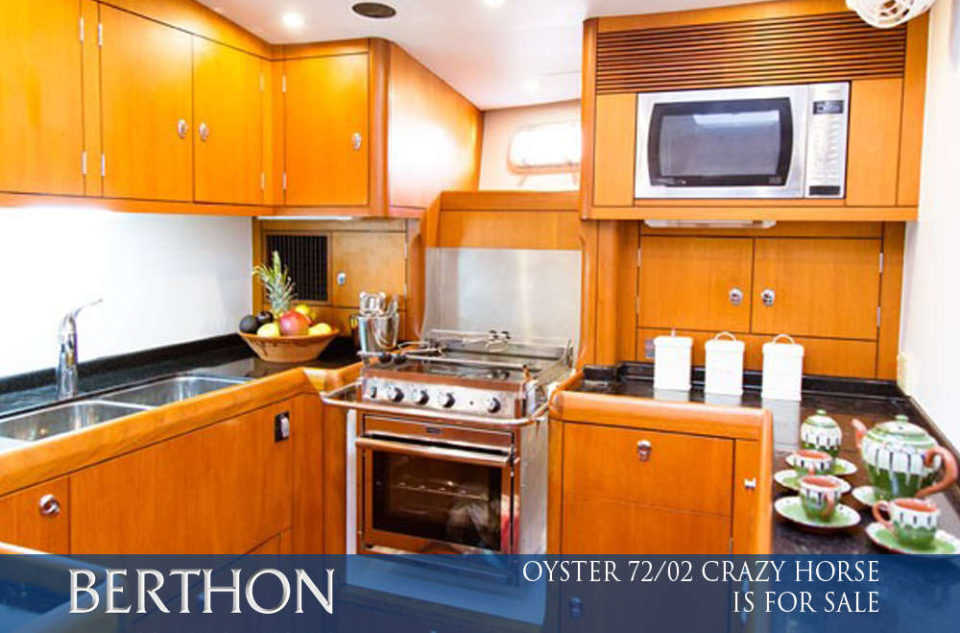 Elsewhere all systems were refurbished or replaced and all the machinery was refitted.

Jo Humphreys from Humphreys Yacht Design chose new fabrics and soft furnishings for CRAZY HORSE and they were fitted throughout the yacht. A lot of cosmetic work was done to the joinery and finishes. 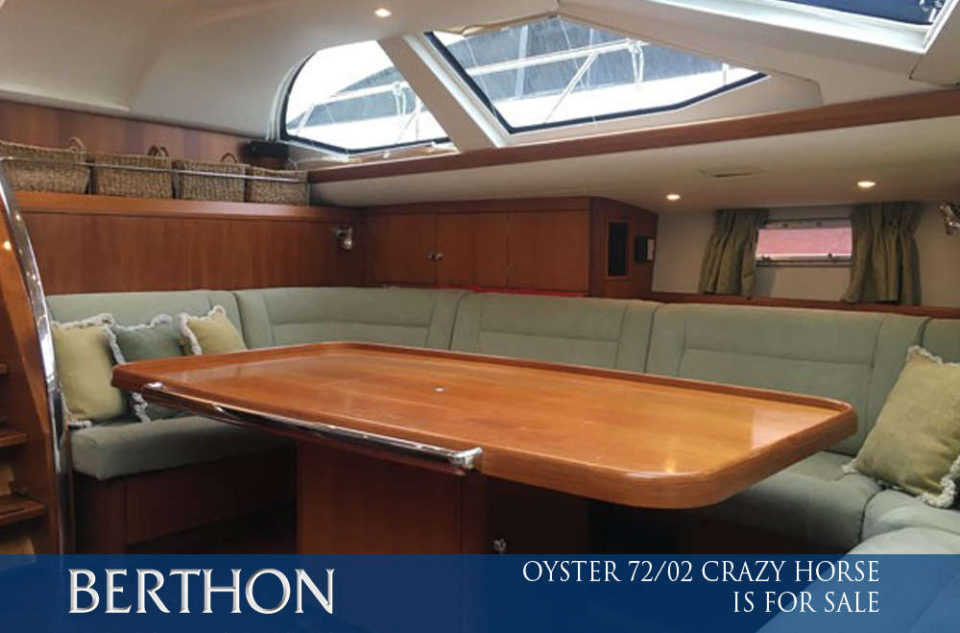 All the electronics were replaced and she now has a brand new A/V system throughout the yacht. This offers independent sound and visual to every cabin on the ship. 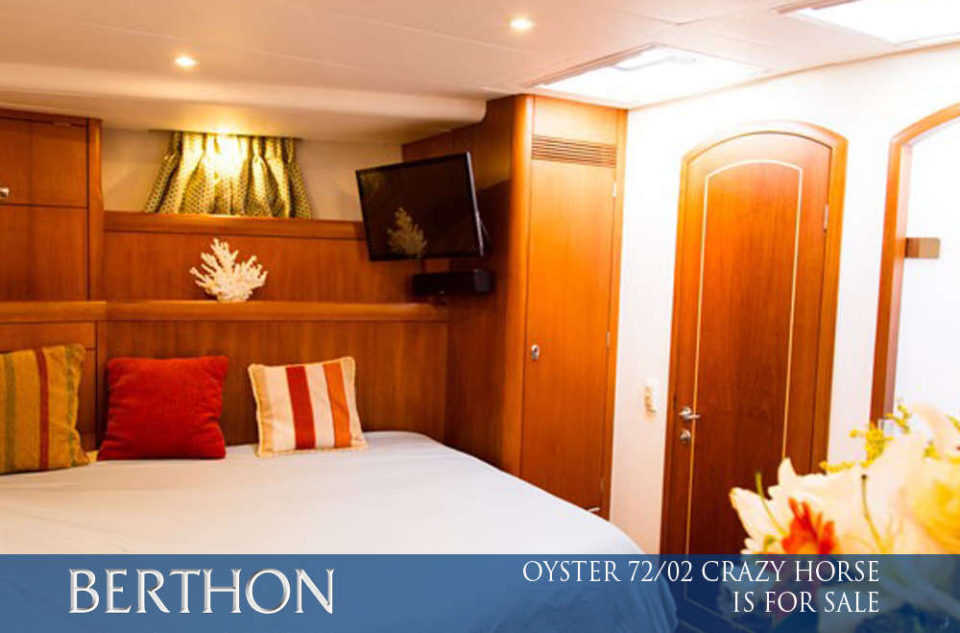 She has a new aluminium bottomed RIB which she stores on the foredeck and a very full specification for bluewater cruising as her owner intended to use her extensively for long distance cruising. She is also coded to MCA Category 2 and so could undertake a charter programme if her new owner wished.

CRAZY HORSE is professionally maintained and the programme of update and improvement continues. She is lying in Gibraltar and viewing is easily arranged.

For the full technical specification of CRAZY HORSE – [OFF MARKET]