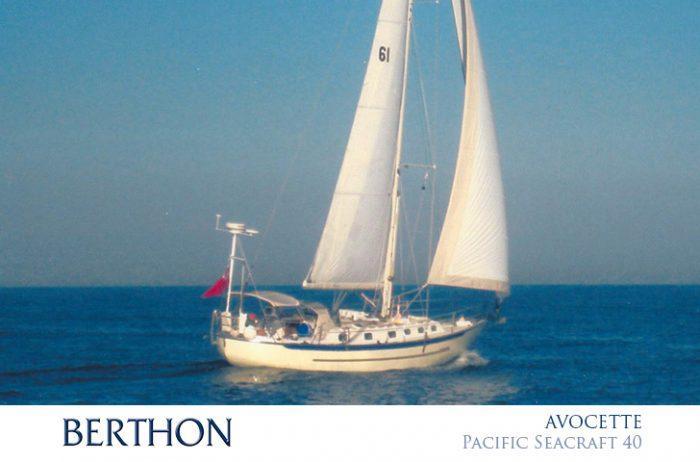 Pacific Seacraft 40 AVOCETTE is a thoroughbred bluewater yacht, very seaworthy and currently for sale. Built by Pacific Seacraft and designed by Bill Crealock, she is fully RCD compliant, and US compliant. She has dedicated 220v and 110v shore power capability, full safety gear, two suits of sails + storm sails, and cruising chute.

She is set-up for shorthanded sailing and has, over the last five years, sailed 20,000nm around the North Sea and the Dutch canals, completed a North Atlantic circuit, and been down to the Mediterranean, from where she has just been brought back. In her previous ownership, her maiden voyage was crossing the Atlantic from the Caribbean, via the Azores. She is a delight to sail, and the deep cockpit adds to the safety of this robust and highly capable cruising boat. Her pretty lines turn heads everywhere she goes!

Pacific Seacraft’s accolades include twice being selected for Fortune Magazine’s list of ‘100 Products That America Makes Best’, and inclusion in Ferenc Mate’s survey of ‘The World’s Best Sailboats’ (Vol. I & II). In addition Pacific Seacraft has been prominently featured in ‘Nigel Calder’s Cruising Handbook’, ‘Kawabunga’s South Seas Adventure’ by Charles S. Dewell, ‘Segelyachten’ by Egmont Friedl, and ‘Advice to the Sealorne’ by Herb Payson.

The Pacific Seacraft 40 is a product of the Pacific Seacraft / W.I.B. Crealock relationship, which is one of the longest running builder/designer relationships in the marine industry. They state: ‘We are continually inspired by the satisfaction that we derive from client relationships formed as we work with them on each building project to create a personal yacht. The integration of equipment, electronics, and custom joinery work and decor detail is a process undertaken on every Pacific Seacraft.’

For further details on AVOCETTE visit [OFF MARKET]    Check all current yachts for sale. 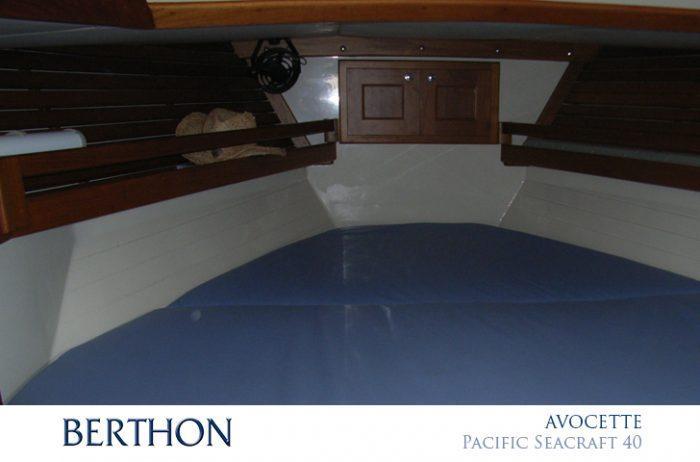 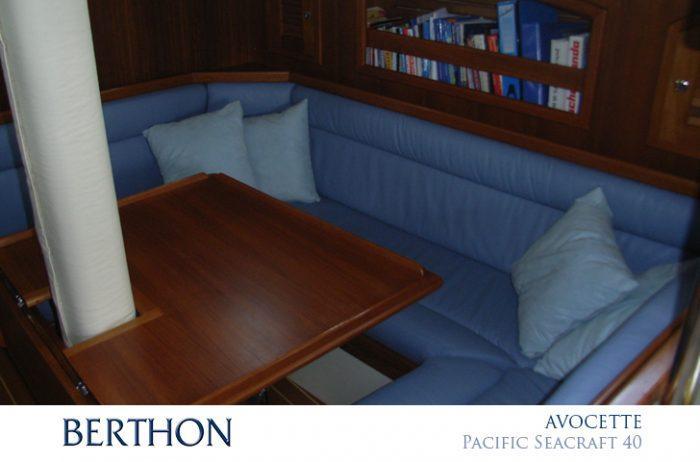 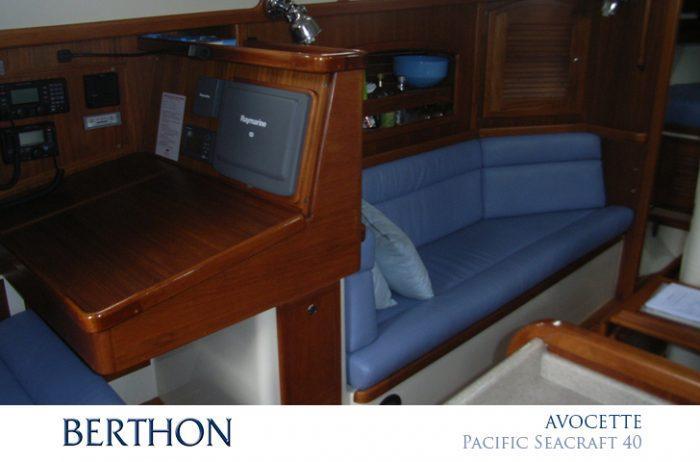 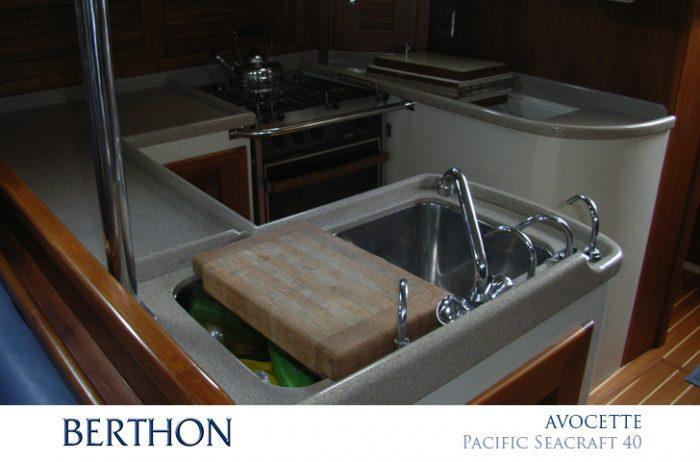 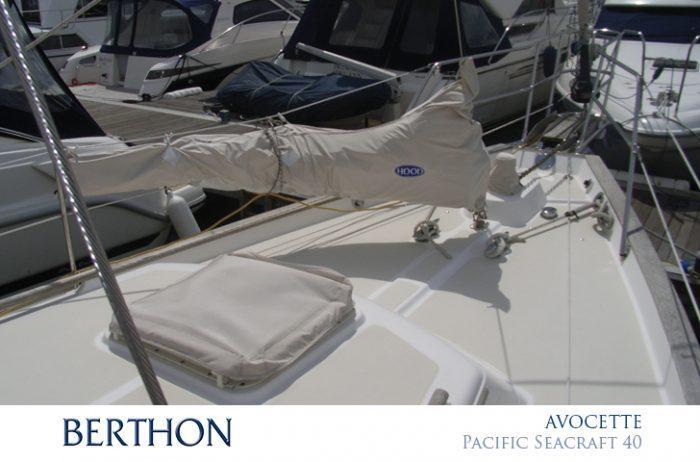 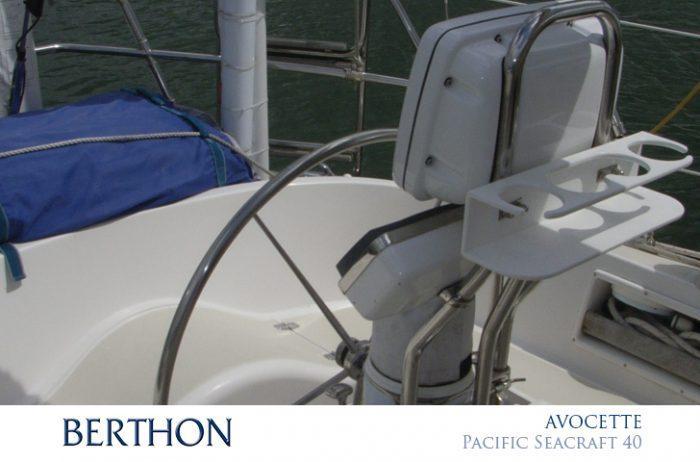