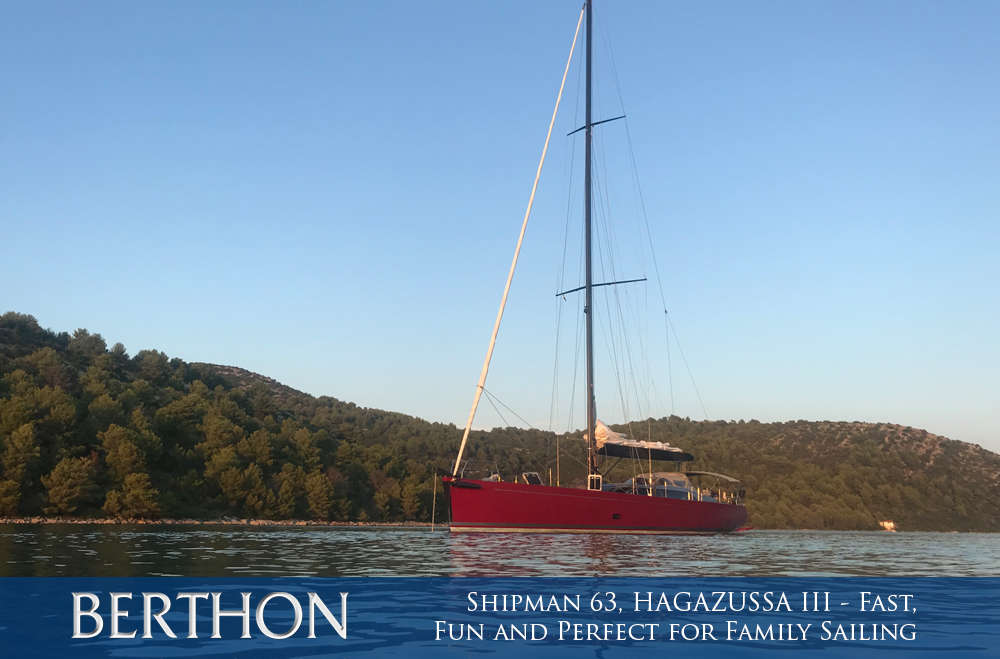 Marko Pas works with Berthon International, in the Adriatic, and was the co-creator and co-designer of the Shipman 63. During the summer 2018, he did some serious product testing, spending over a month cruising along the beautiful Croatian coast aboard HAGAZUSSA III.

Despite her sharp and sporty appearance, she took her crew to many remote places and small ports normally frequented by much smaller boats. During the cruise she offered exhilarating and fast sailing in even very light airs, moving effortlessly and swiftly between islands.

Marko was especially interested in HAGAZUSSA III’s ability as a short-handed cruising yacht and how the connection between cockpit and saloon area really worked out on the water. 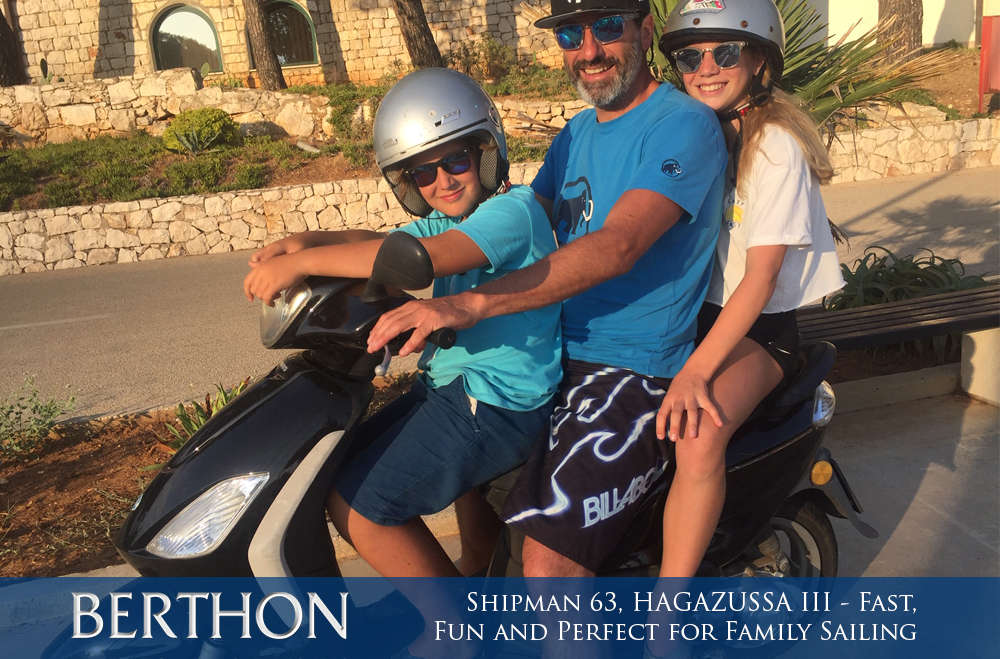 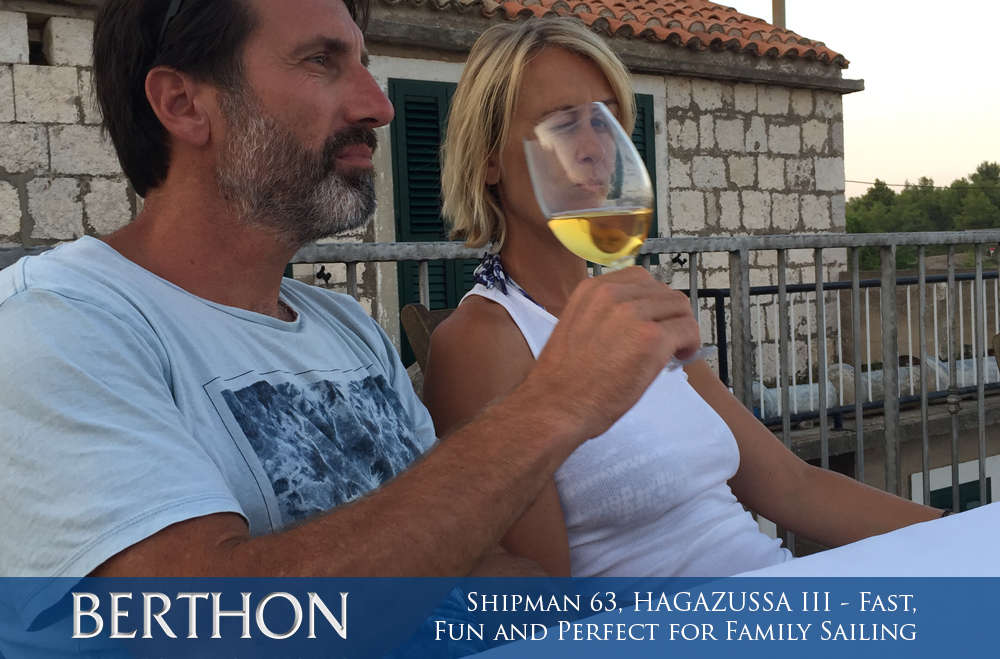 For most of the cruise, Marko’s 2 teenagers, 10 and 12 were aboard HAGAZUSSA III with him. They have sailing experience from smaller sailing yachts. At other times he was joined by his girlfriend, or a friend, with practically no yachting experience. 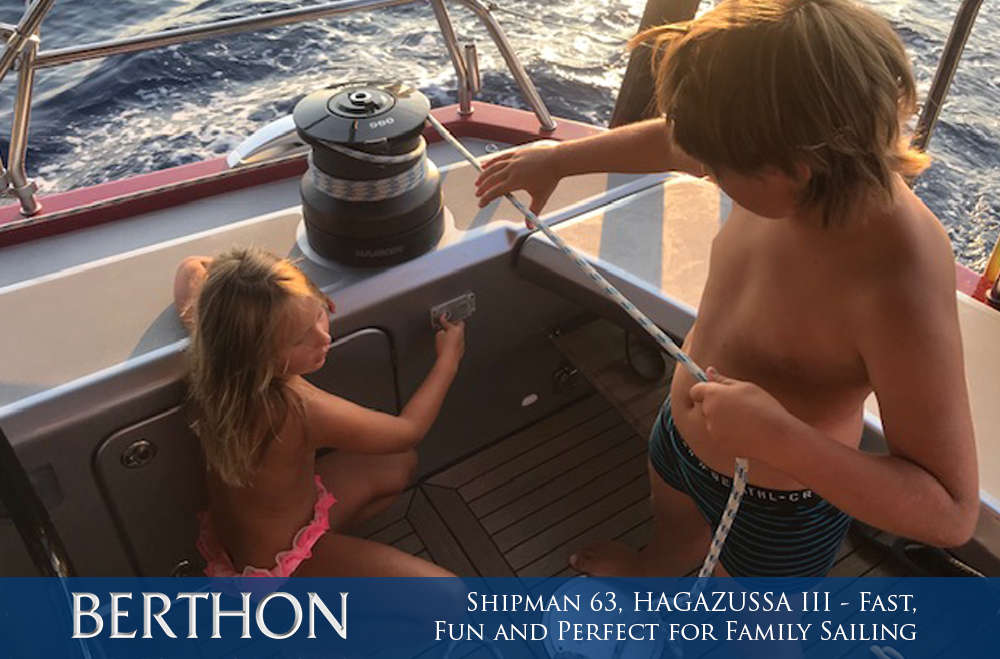 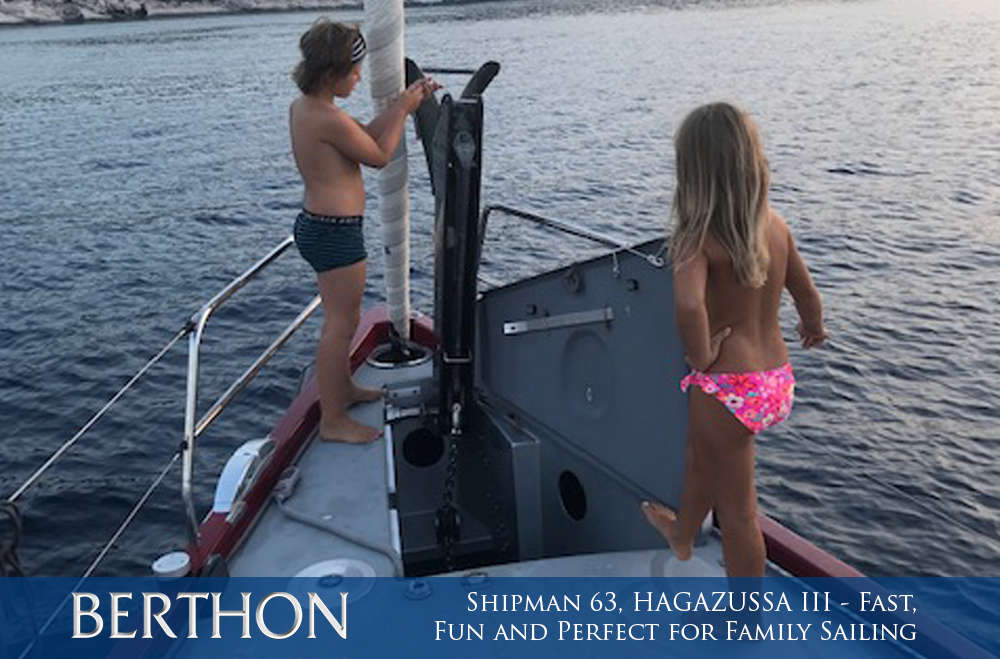 The convenience of push button sailing together with her sailing and motoring speed is fantastic, not to mention that they were THE coolest boat wherever they dropped anchor or entered a port.

Joy is not a destination, but the road that you’re on: 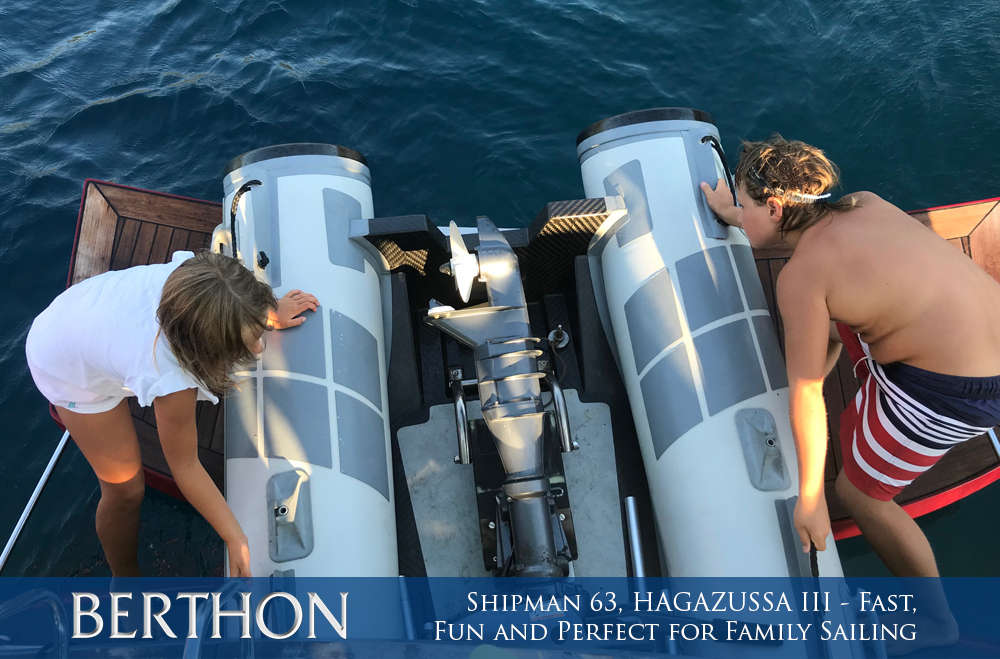 On other cruises, the crew would head shore side to a restaurant but with HAGAZUSSA III in mind, they preferred to stay aboard, cooking, relaxing in the protected cockpit and swimming on Hagazussas’ private beach (her big bathing platform). 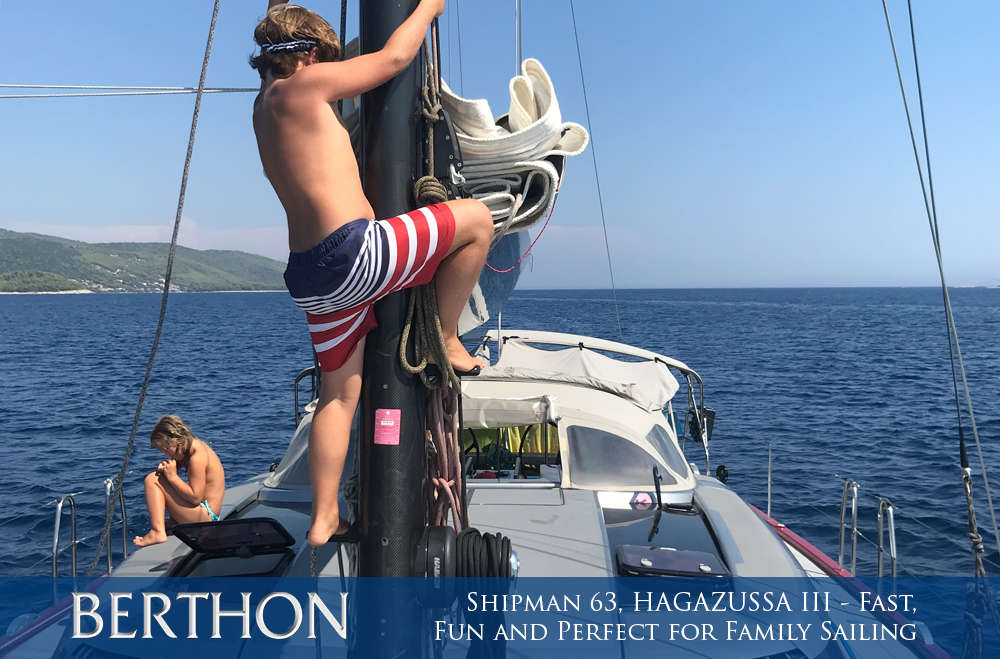 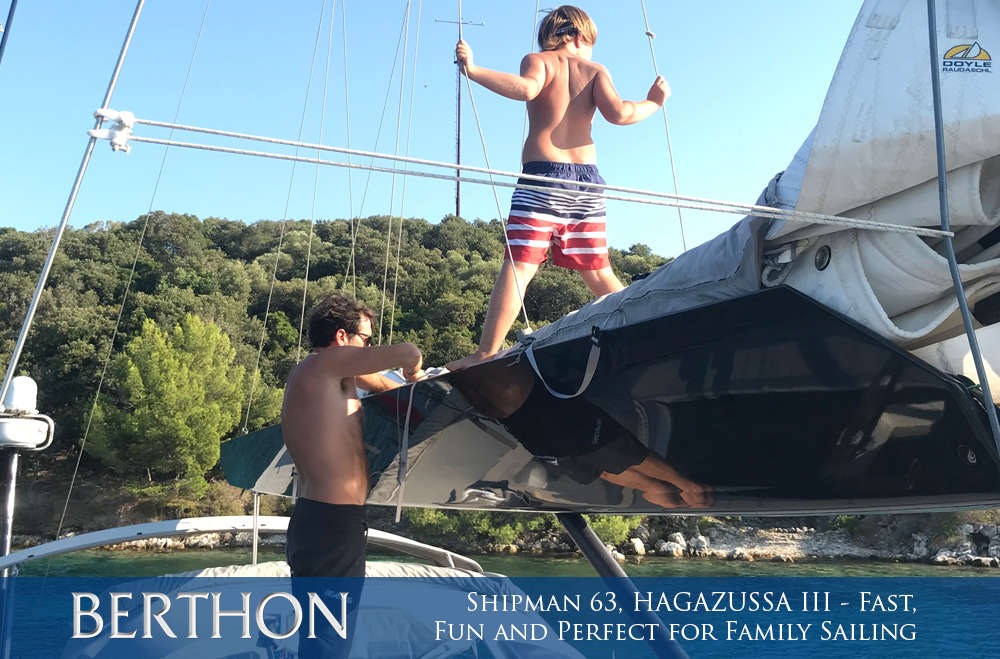 HAGAZUSSA III is a big powerful yacht that requires a bit more attention in preparation and forward thinking and sometimes Marko would change the programme to avoid any risks with their very young crew. However, with a little care no vast yachting knowledge is required to operate HAGAZUSSA III.

Comfort and safety in unpleasant conditions: 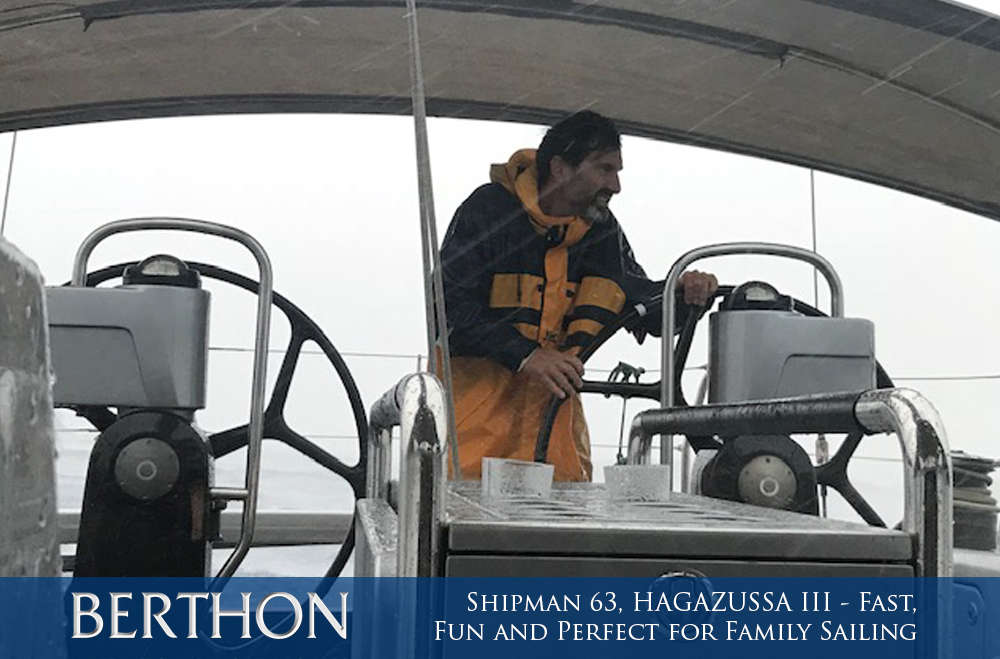 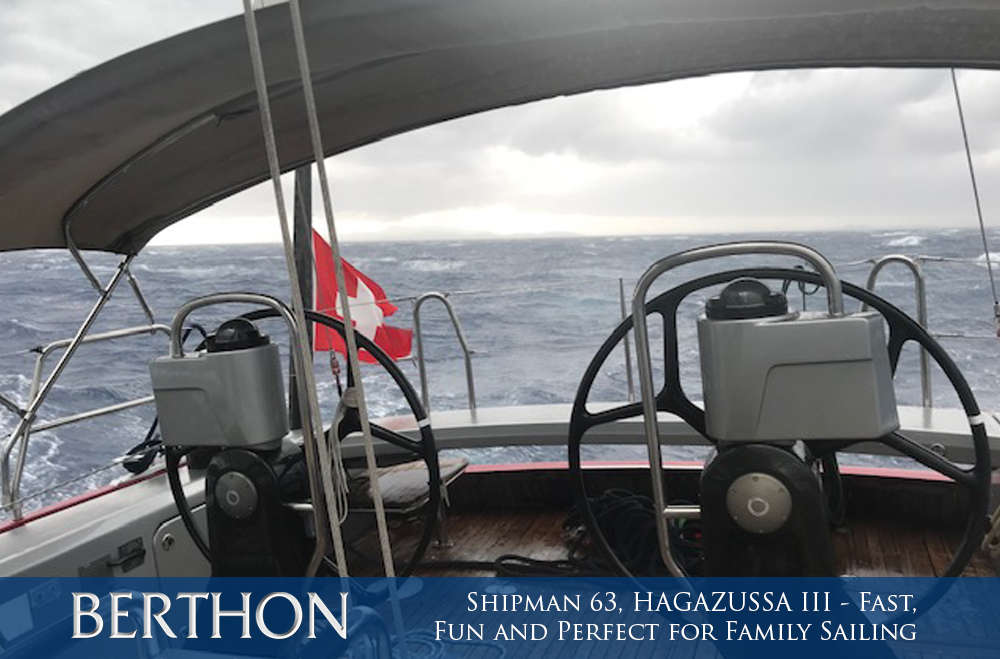 Marko is seen here with HAGAZUSSA running with storm at 40+ knots whilst the spaghetti was being prepared below and the kids were playing cards in the unique gimballed saloon. 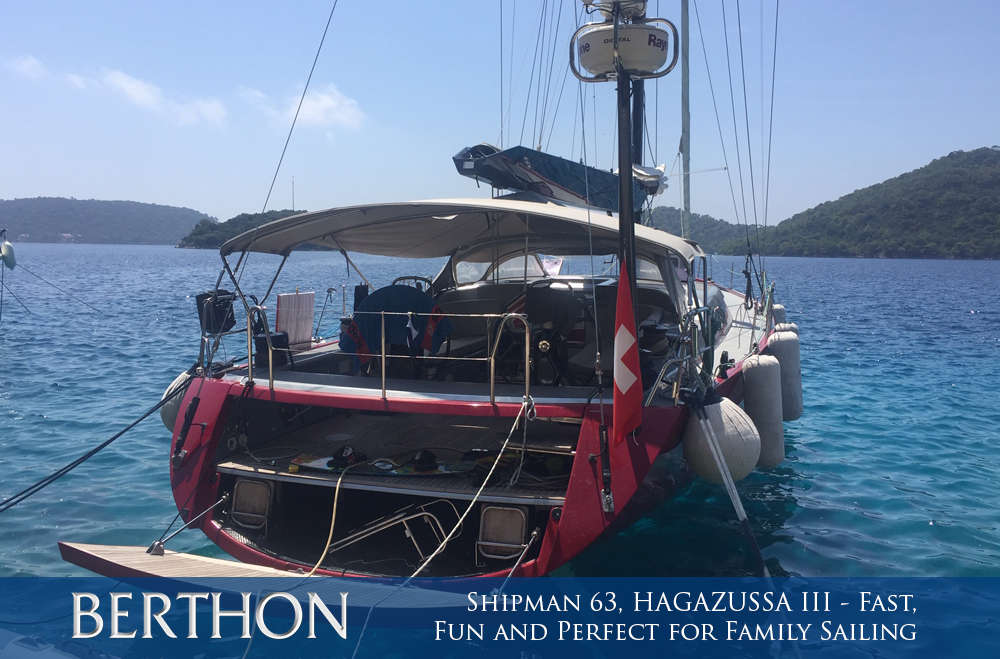 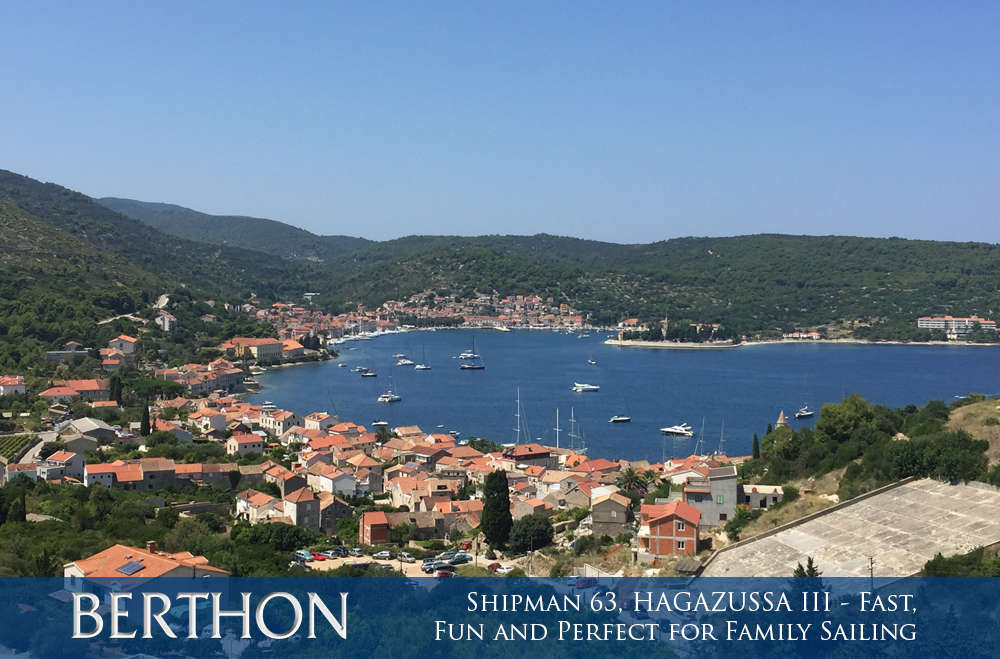 For the first week they avoided confined spaces and spent most of the time at anchor. But as days passed they all felt more confident and with help of a powerful bow thruster, they ventured into small ports in fishing villages. Picking up buoys proved easy especially when approaching with the stern platform open.

They had great fun – thank you HAGAZUSSA III!