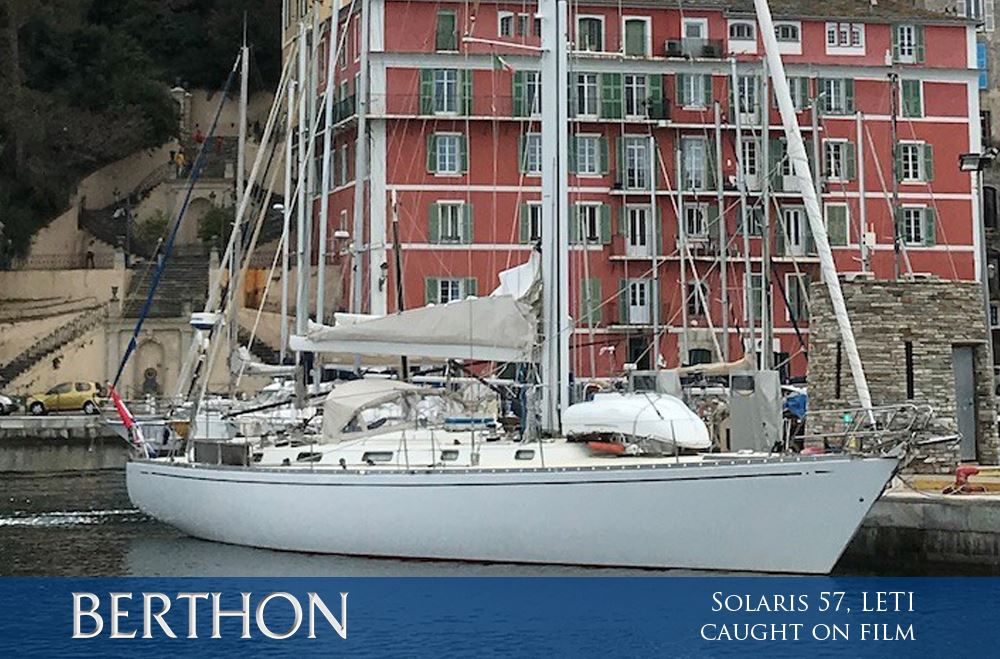 From the board of yacht designer Doug Peterson, LETI is a classically designed Solaris 57, originally constructed in 1991 by Solaris Yachts. Between 2010 through to 2012 the yacht underwent a nut and bolt yacht refit. Above deck the teak deck was removed and given a professional paint finish in non-slip – giving a clean, easily maintained finish with the additional benefit of shaving 500kg off her the weight. The rig was replaced with a carbon spar and rod rigging, adding additional righting moment. 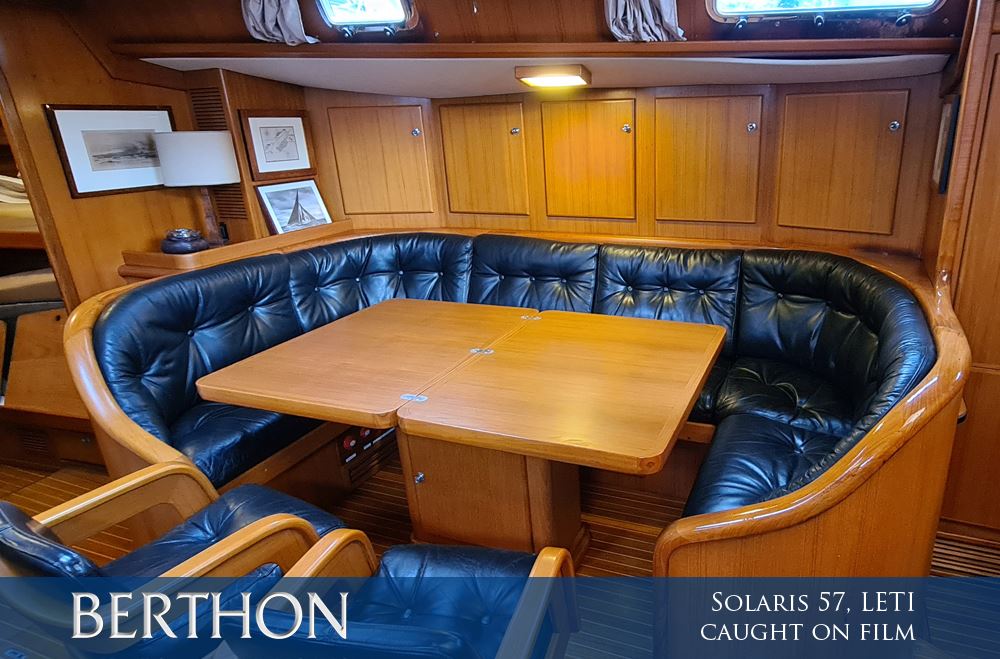 Below decks, the yacht benefitted from some interior remodelling. In particular – the galley is now finished in Corian and was given some additional creature comforts by way of more refrigeration, a GN Espace stove and a new Webasto yacht heating system. Every major system was replaced from the engine, generator, battery chargers, inverters, wiring & electrical system and electronics.

You can see all this for yourself on her video here:

Solaris 57, LETI is a fully and comprehensively equipped bluewater cruising yacht that would be equally at home cruising the Med or plying the world’s oceans. A good-looking sailing yacht that would turn heads in any anchorage, she is ideal for the long distance cruising and mile munching. She is very much for sale. 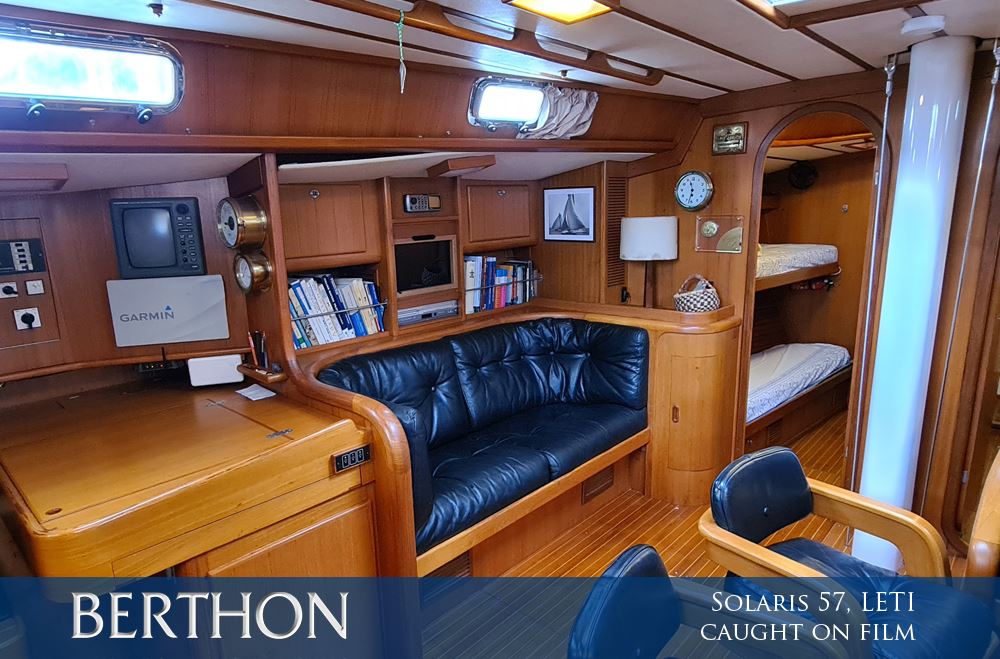 During her current ownership LETI has cruised Corsica, Sardinia, Sicily, the Adriatic, Greece, Turkey, logging some 2.500/3.000nm a year. The boat has proved to be an efficient passage maker, achieving around 8.2kn motoring while exceeding this under sail in good conditions.

Her average daily mileage when in “voyage” mode has been close to 200 miles/day.

“She points quite well into the wind, cutting the seas with a nice motion without slamming. She is a good timeless example of Doug Peterson designed racer-cruiser of her times, like many other designs from S&S and German Frers.” 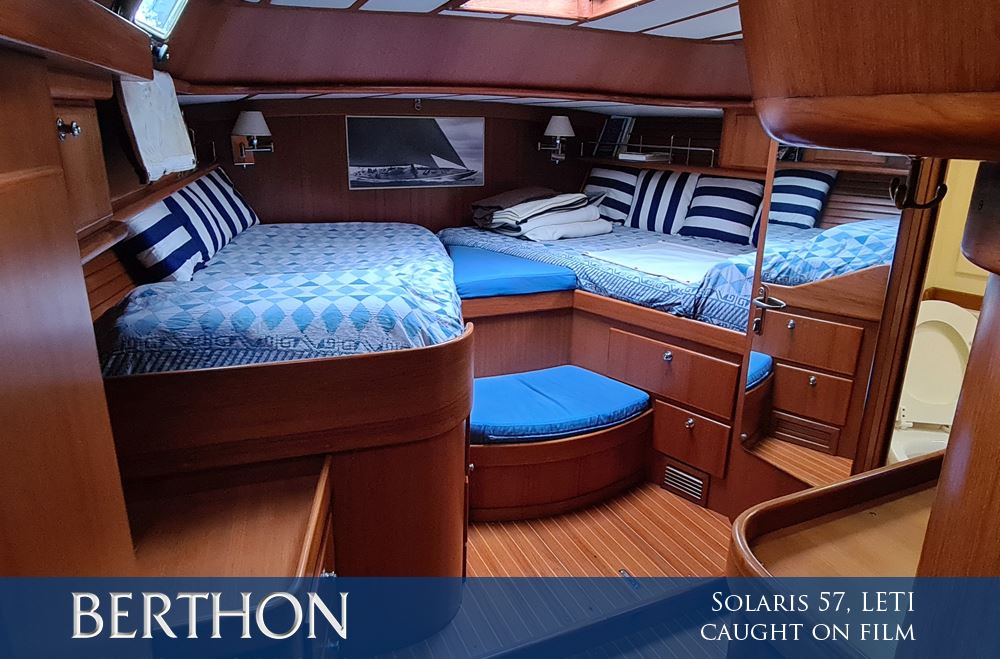 The owner has now decided to retire from sailing and make the move to a motor yacht hence the yacht is for sale.

Solaris 57, LETI is ready for further adventures with new owners.

Her full particulars are here: [OFF MARKET]

For further information about LETI and Solaris Yachts, contact alan.mcilroy@berthon.co.uk. 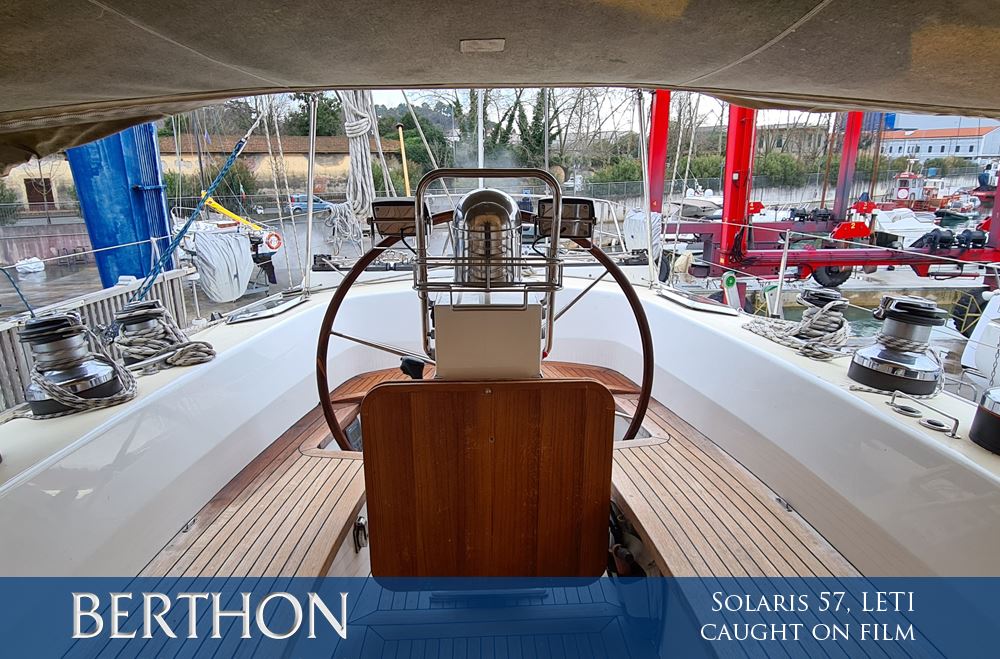