Steve Brown of NOVARA, Following in the Footsteps of Bill Tilman 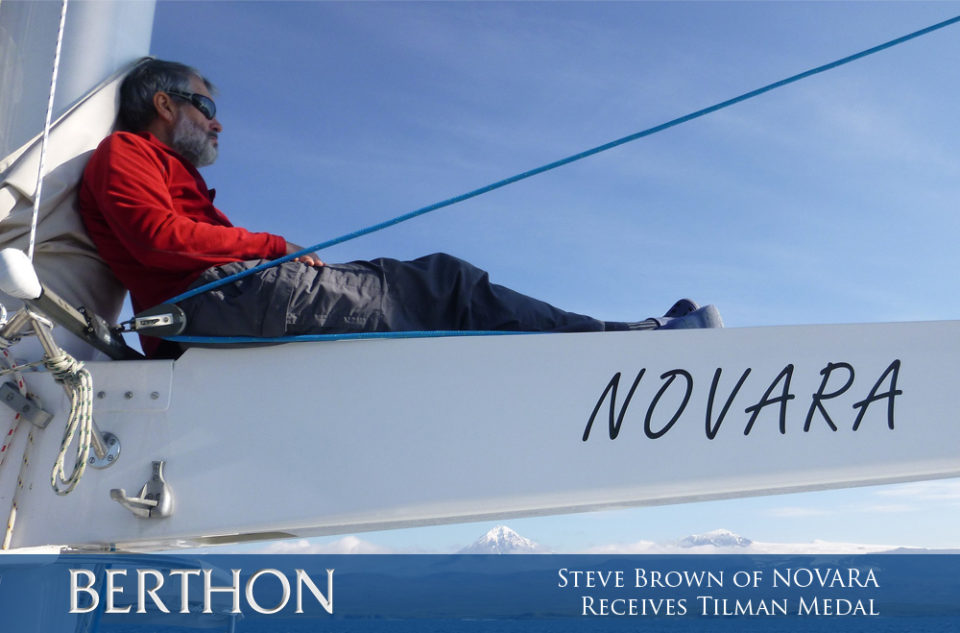 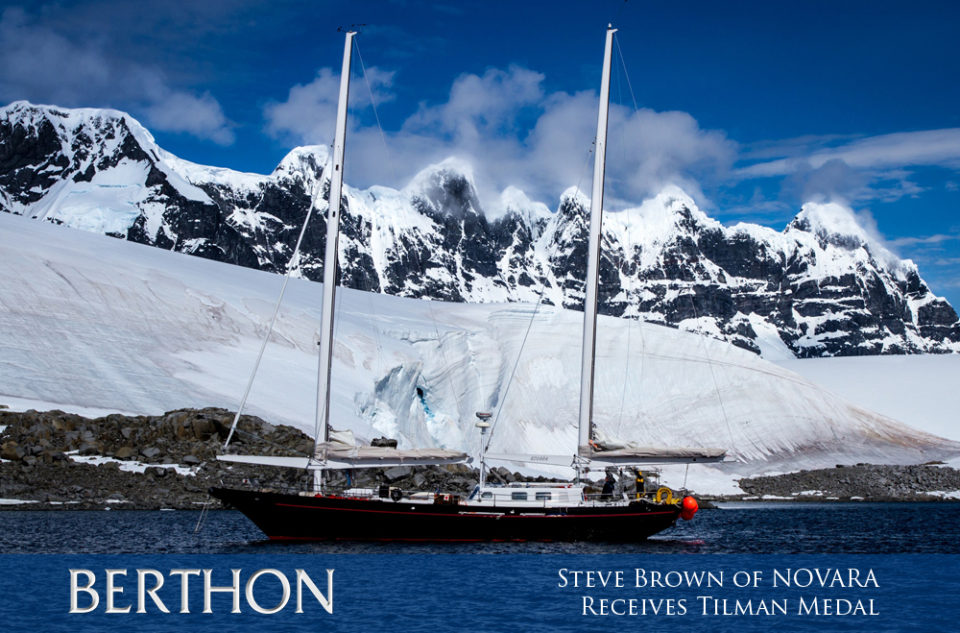 This is what RCC said:
‘Steve Brown in Novara, a Bestevaer 60 departed Camden, Maine in 2014 and sailed around the Americas via the Northwest Passage and Antarctica. Novara, is a 60-foot aluminium-hulled yacht built in Holland as a scientific research vessel. The expedition covered Alaska to Mexico in 2015, Mexico to Chile in 2016, Chile to the Falkland Islands in 2017, Falkland Islands to Grenada in 2018 and completion of the circumnavigation of the Americas at Camden, Maine in June 2019. Steve Brown conducted a climbing expedition, completing the Shackleton Traverse, in South Georgia. On passage to the Falkland Islands, he endured the most challenging conditions with hurricane force headwinds that necessitated the use of a drogue and running SE away from his destination for 42 hours. Steve Brown has displayed the highest standards of seamanship and determination, including scaling mountains in several countries and in Antarctica, whilst completing this 32,000 mile circumnavigation of the Americas. The Tilman Medal is awarded to Steve Brown.’

The Tilman Medal is not awarded yearly, but only to the most deserving of adventurers, and this recognition for Steve as he follows in the footsteps of the great Bill Tilman himself is real honour. 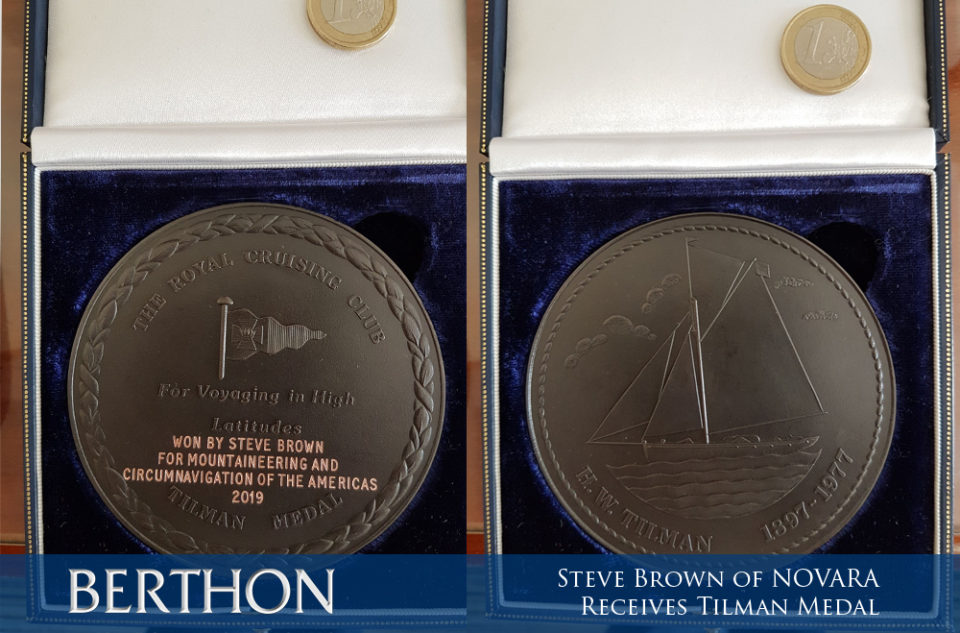 NOVARA is currently at Bill Tilman’s old base, Berthon in Lymington, from where Bill began some of his extraordinary voyages. His yacht’s BAROQUE and SEA BREEZE overwintered at Berthon in the 60’s and 70’s. And now we see ourselves extending our services to NOVARA and another Tilman adventurer scheduled to begin later this year. 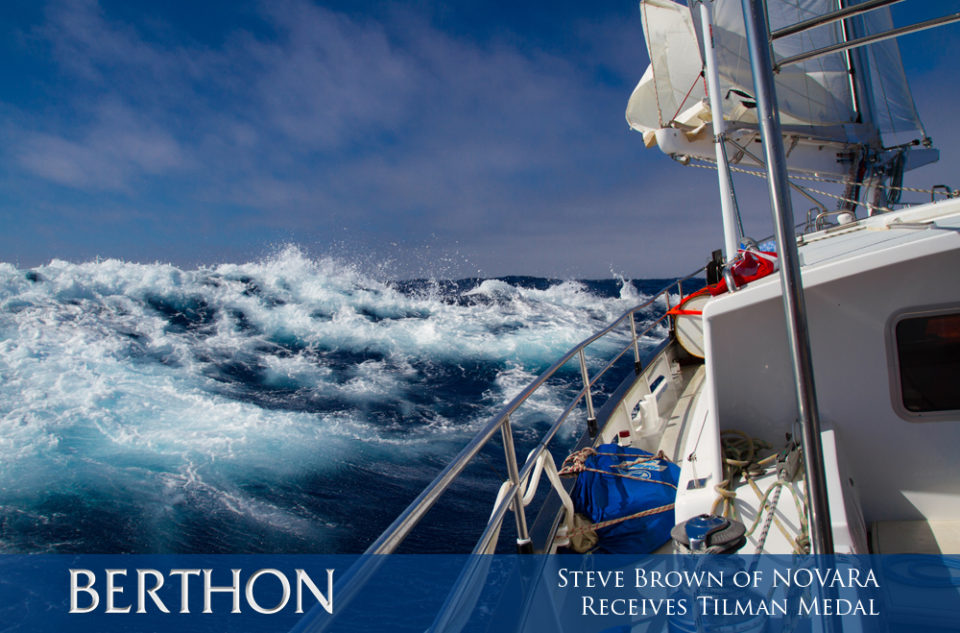 After a pitstop at Berthon, Steve and NOVARA will be heading north. 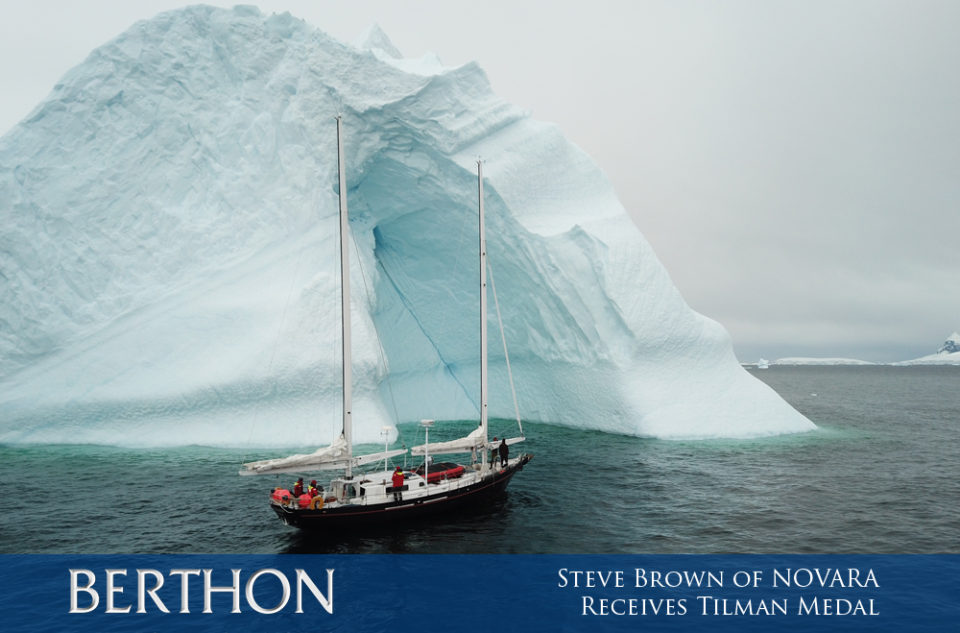 We will keep you in touch with NOVARA’s voyages as the adventure unfolds.

View all Yachts For Sale