Home Berthon Blog Swan 47 MKII NORDLYS, Like the Meaning of Her Name, is a Sight to Behold

Swan 47 MKII NORDLYS, Like the Meaning of Her Name, is a Sight to Behold 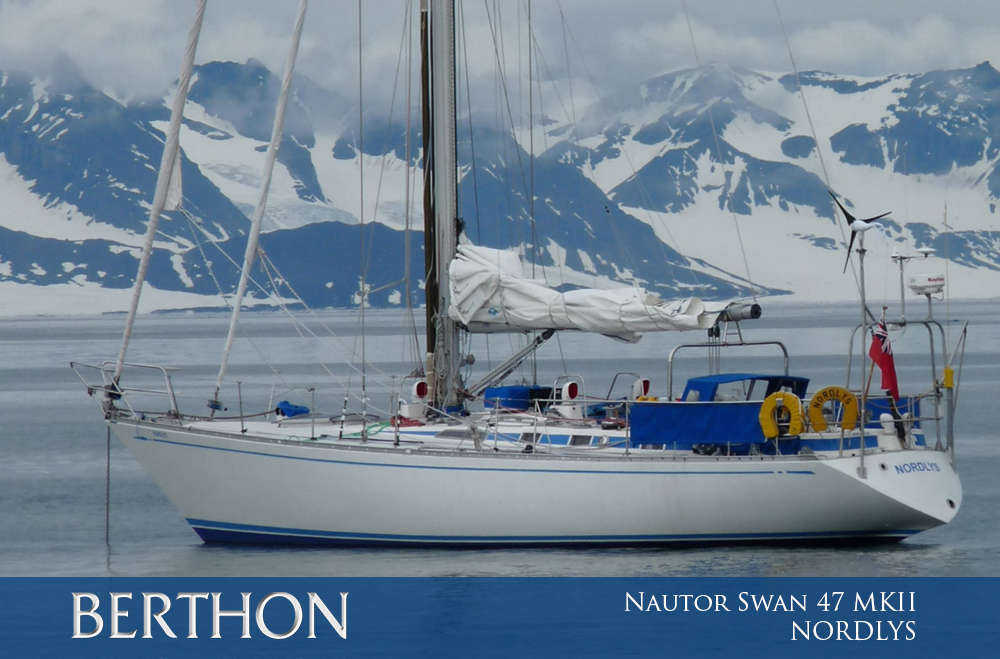 NORDLYS means Northern Lights in Norwegian, which is apt as this Swan 47 MKII has been there and seen the natural beauty, with her current owner. She has also been taken round the world and has proved herself for both old and new owners of her incredible capability as a fast, safe bluewater cruiser.

Hull number 52 of the 70 that were built by Nautor and designed by the famous Sparkman and Stephens. She has classic S&S lines, which never go out of style, and of course the performance that comes with the Swan and S&S name.

Berthon International sold NORDLYS when she arrived back in the UK following her circumnavigation in 2010. She underwent a mini refit before coming on the market – which included removing her teak decks and modifying her aft cockpit to allow a second companionway in the style of the New York Yacht Club 48’s which were the last 10 Swan 47’s which were built.

When the current owner bought her he went through all her systems to ensure he was confident in everything and would be able to rely on as he planned to use her for 6 weeks cruise every year off to far-flung locations. The main thing he was not confident in was her engine, which he replaced.

NORDLYS is now in need of a minor pitstop, to update some of her systems such as her electronics. However she is really ready, raring and waiting to go and see those Northern Lights again with a new genoa, fresh antifoul and anodes she just needs her new owner to love, care and cherish her.