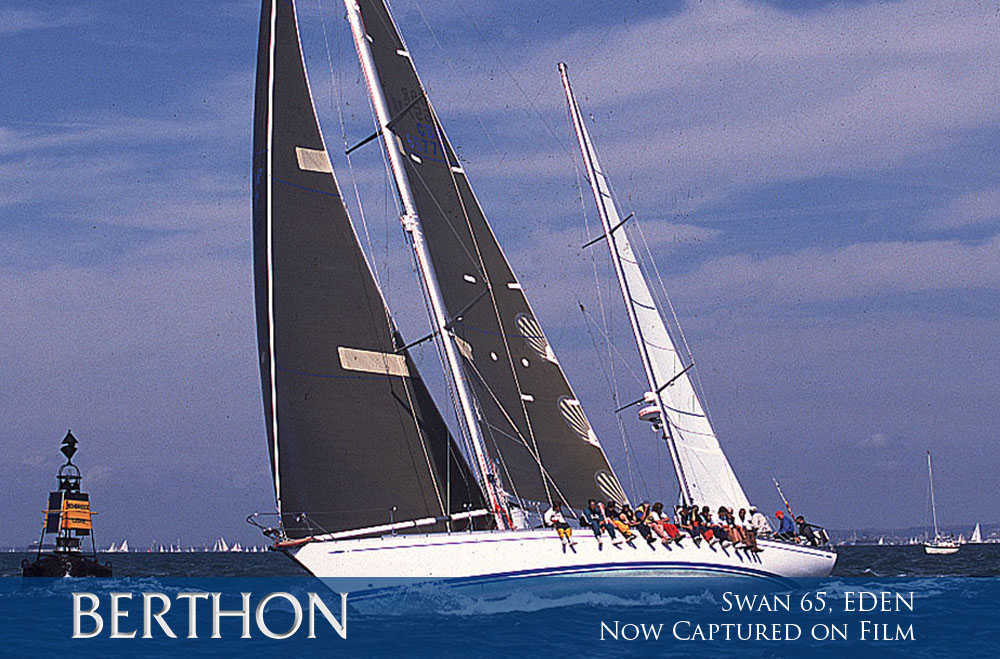 There is simply something special about a Swan, especially the Sparkman & Stephens designed Swan 65. She is a yacht that turns heads when she pulls in to any harbour, there is no mistaking what EDEN is and what she can do! You could be in an absolute nasty weather system on EDEN and not even notice until you poked your head up the companionway as she is such a strong yacht.

This particular owner purchased the yacht in Europe, and then brought her back to the USA. He has sailed the seas between New England and the Caribbean each year with a couple of his friends, and then runs the yacht himself with his wife (although he readily admits that you have to know the yacht and be in shape).

EDEN has now been captured on film and you can watch the movie here: –

Her previous owner, also an American, did a huge refit on the yacht in Finland, in the same town where she was hatched, and probably by the same workers that built her originally. One of the issues with an older yacht is that quite often, the teak veneers become damaged or water stained, the floorboards knicked up etc. 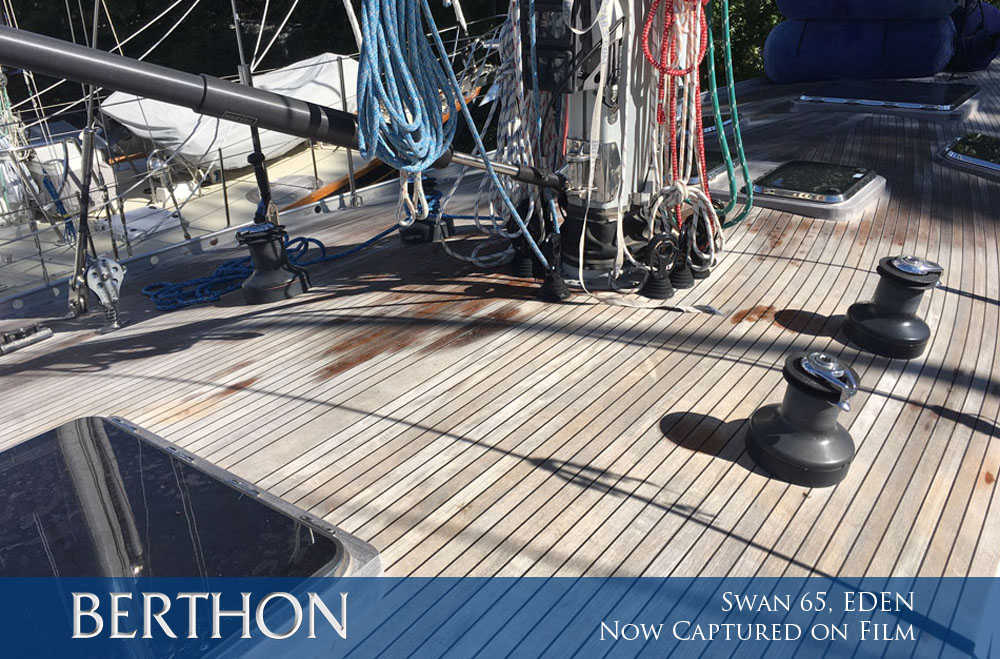 EDEN’s interior was re-veneered where needed, with veneers supplied of course by Nautor, so everything matches perfectly. Customized owner’s cabin with shower stall was completed, new custom rolltop doors in various spots around the yacht, pretty much anything else that restored her interior beauty, and new aluminum toerails. 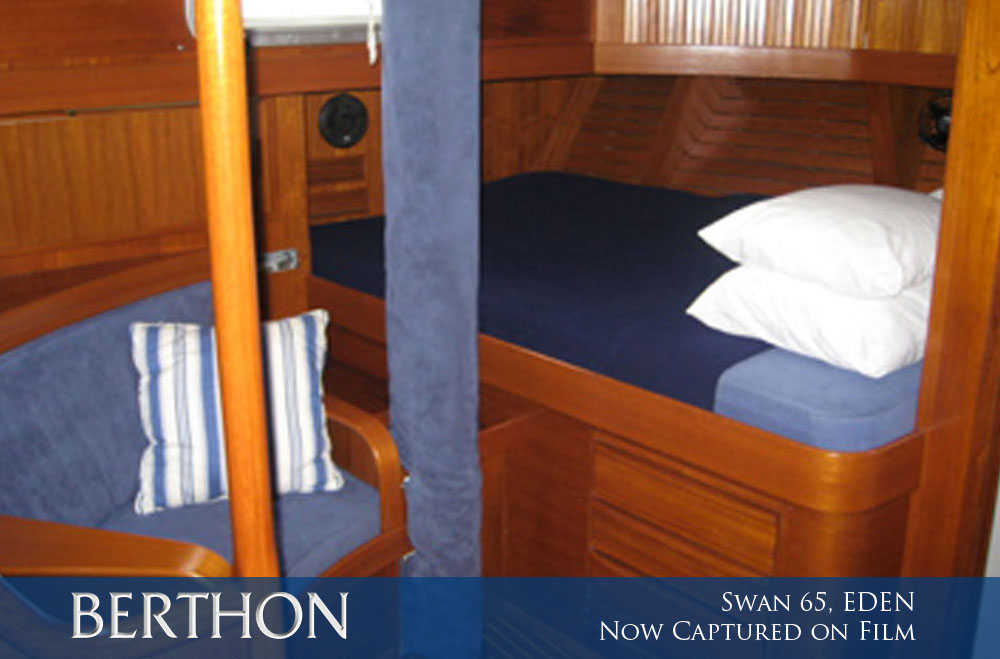 At the time of the Jubilee Regatta in the UK in 2012, Nautor supplied a new, 1 meter taller main mast, and added a set of spreaders to the mizzen. This owner has since upgraded her further, with bow thruster, white Awlgrip, new teak decks that were laid planks 2 mm thicker than standard as well (not a prefab deck), new genset, and so on, everything possible to make the yacht as self-sufficient as possible. 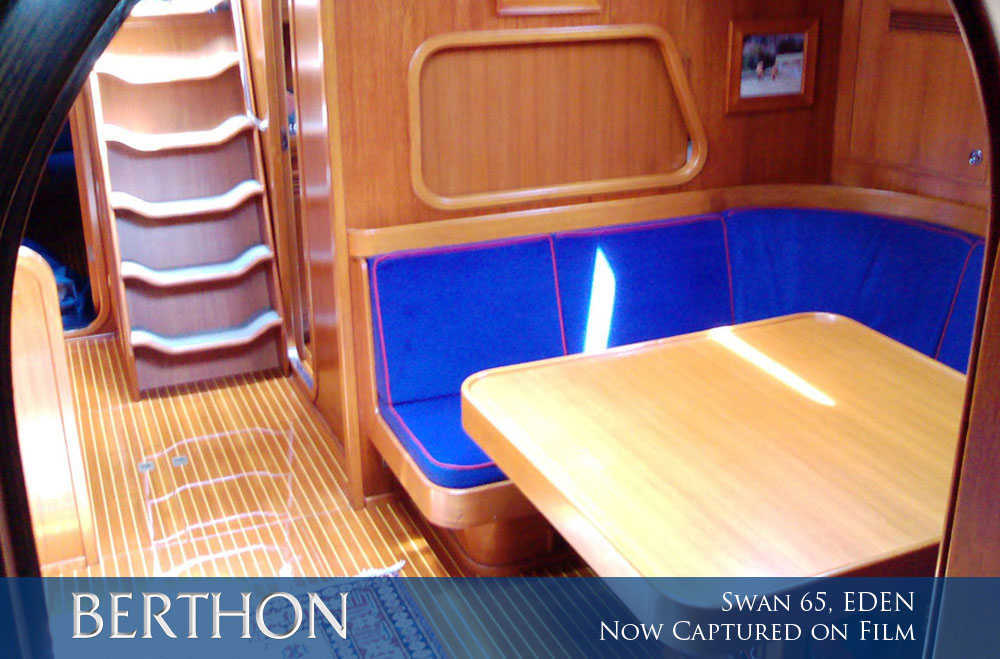 EDEN is very comfortable for you and your guests, both on deck and below. Her large cockpit has space for 8-10 comfortably for dinner, and her decks are free from obstacles. Down below, the main saloon is huge, with an enclosed galley, full size teak dining table, and plenty of seating. Each of the two guest cabins forward, with wide upper/lower berths, lockers and storage. No one is going to feel claustrophobic! 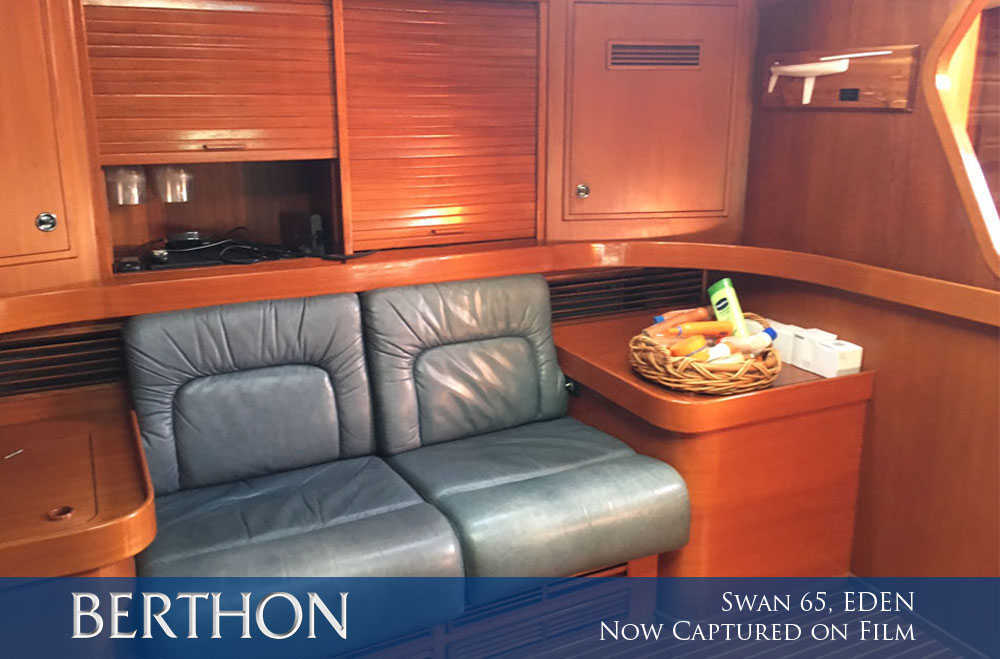 Looks, design, off-shore capable, comfortable – everything you are looking for can be found in EDEN.