The AFRICAN QUEEN is for sale – yes really!!! 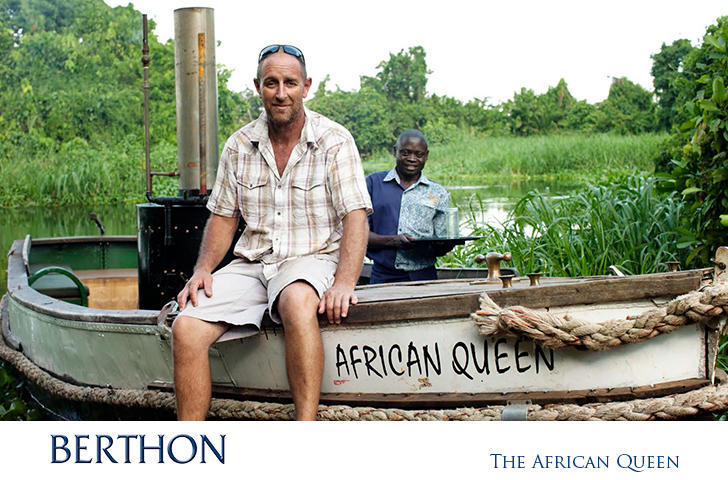 In 2013 Cam McLeay wrote for us in our lifestyle magazine in 2013 about rafting expeditions on the Nile – follow this link to read the article Berthon Lifestyle IX page 30-35.

One of his amazing accomplishments was the rescue and restoration of the AFRICAN QUEEN from the film that we all know so well, largely completed by engineer Gavin Fahey (pictured above).  Our article touches on this project.

Because of the geographical difficulties during the making of the film, more than one AFRICAN QUEEN was built.  Cam’s AFRICAN QUEEN has had a number of articles written about her – 2 of these can be seen below

The Independent and The Guardian

Katharine Hepburn wrote The Making of the African Queen or How I Went to Africa with Bogart, Bacall and Huston and almost lost my mind in 1987. 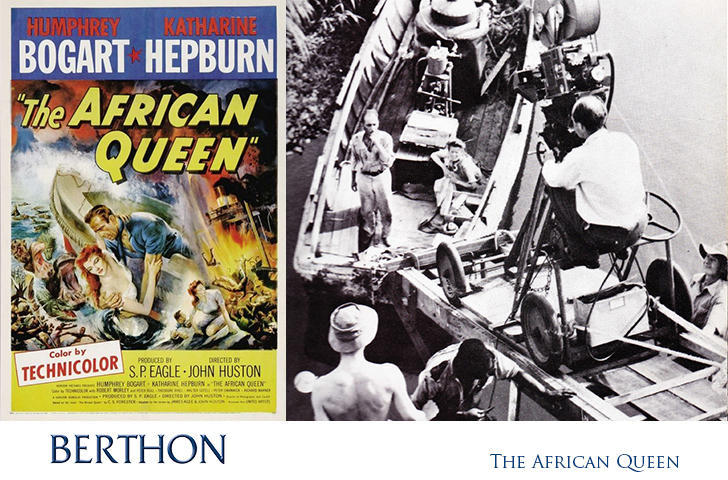 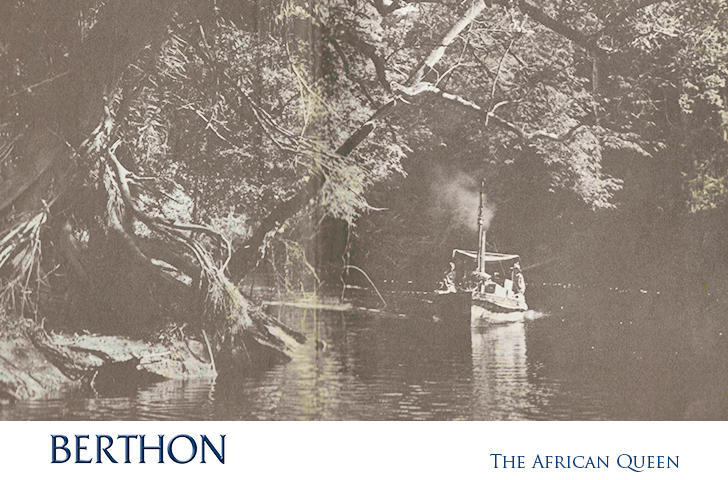 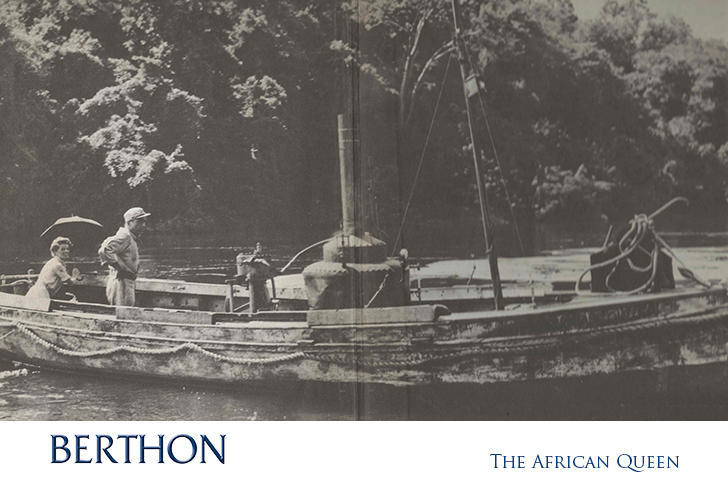 In this she describes how the film crew flew from the film location on the Ruiki River (in DR Congo) to Entebbe and then on to Murchison Falls National Park in Northern Uganda to film on Cam’s AFRICAN QUEEN.  Even in 2015 it would take months to transport the AFRICAN QUEEN on the awful roads through the Congo.  60 years ago this would basically have been an impossibility, in the time frame.

This meant that there was an AFRICAN QUEEN in each location and Cam’s was discovered and restored by Yank Evans on the banks of the Nile in Murchison Falls National Park in the 1980s.

Apart from the provenance, she is simply a lovely thing and combines the charm of an altogether more gentile age with the glamour of the those big screen names that immortalised C S Forester’s 1935 book that is still compulsory & compulsive reading for so many. 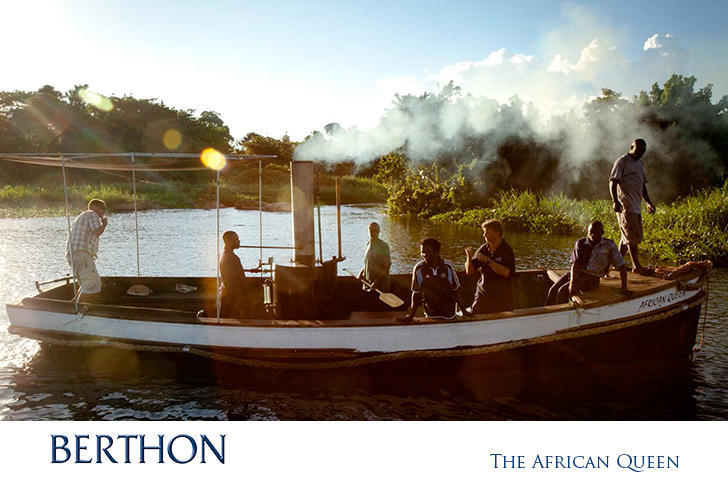 Cam is now off about other projects and this compact piece of history is for sale.  If you would like to own her, as a marvellous step back in time that has little practical purpose but affords masses and masses of glamour for rivers, lakes, to parade, picnic or to explore in Swallows & Amazons style, please do contact us.

She is looking for a new owner who will use as cherish her as Cam and his family have done. 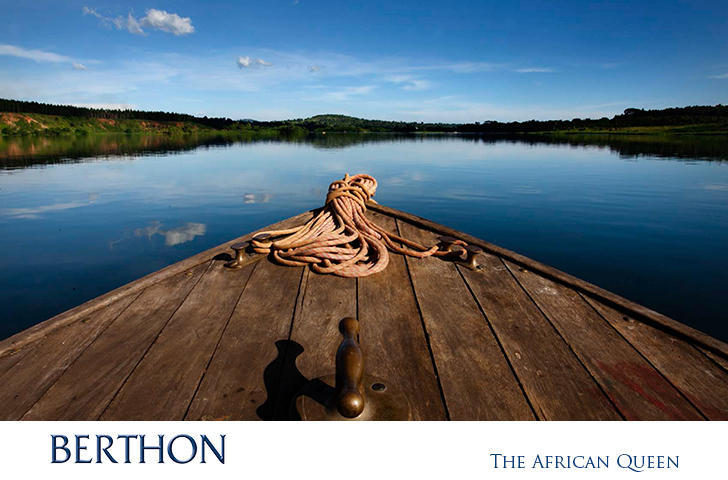 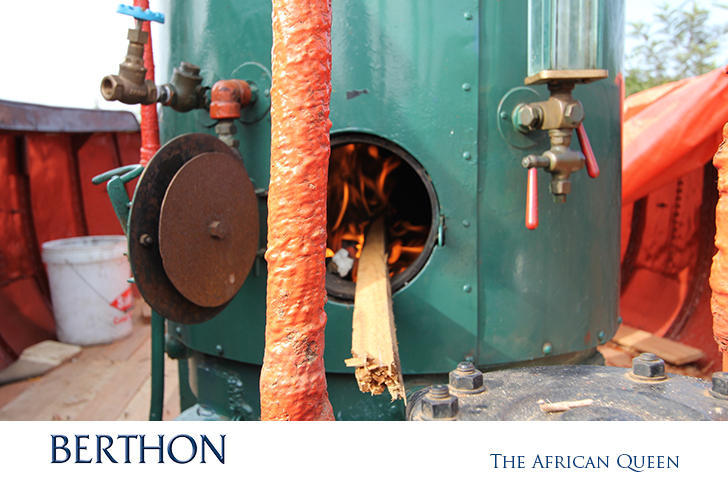 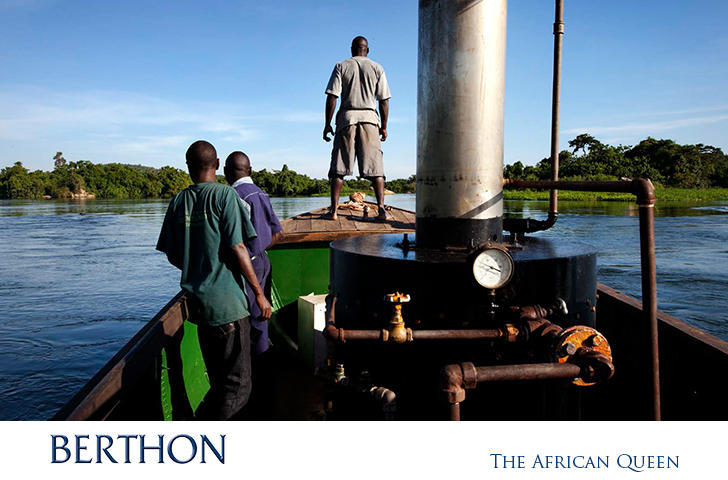