Home Berthon Blog The Windy Boats Brand – A Little History of the First 52 Years of Excellence! | Windy 52 Xanthos, OPUS ONE for Sale

The Windy Boats Brand – A Little History of the First 52 Years of Excellence! | Windy 52 Xanthos, OPUS ONE for Sale 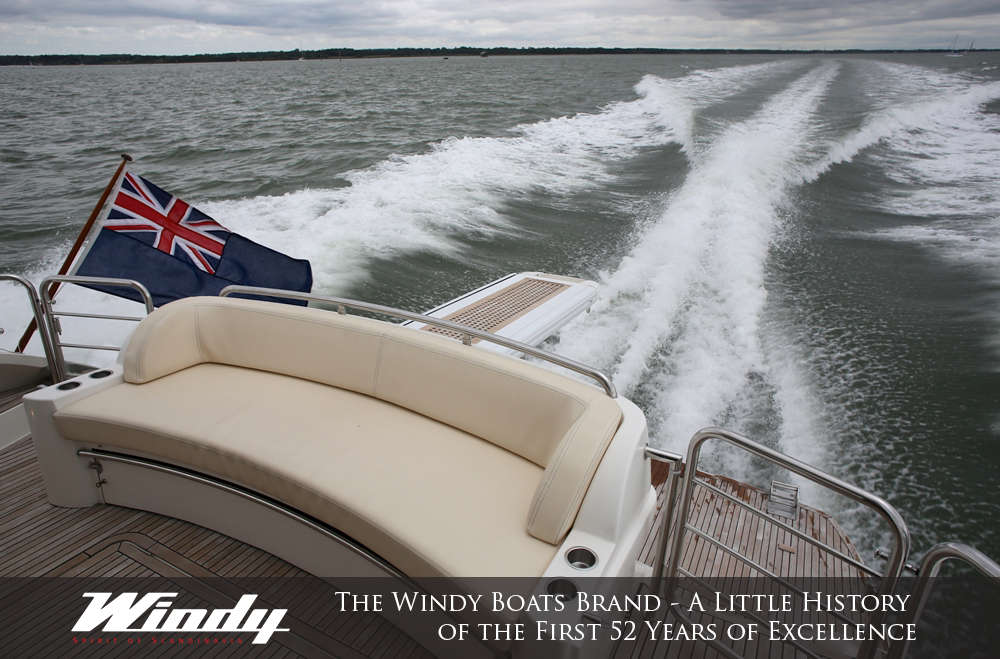 Windy was established in 1966 by Hugo Vold. His father was a fisherman, and his family had many anxious moments awaiting his return, as storms raged in the Skagerrak. All his father’s boats were called ‘Vindy’, and he brought every one of them safely back to port.

Vold shared his father’s love of, and deep respect for, the sea. Following his university education he became a boatbuilder. He wanted his vessels to be known for their seaworthiness and high quality, and he called his company ‘Windy’ in honour of his father’s sturdy fishing vessels.

At a time when Scandinavian producers ruled the European market, revolutionising boating and showing millions how to have fun on the water, Vold hired the best designers, sought out the finest boat builders and craftsmen and not only created a world-beating brand, but succeeded in turning the Windy name into a marque of quality.

Fifty years on, Windy Boats is proud to live according to Vold’s legacy, and to build production and custom boats which are acknowledged throughout the world as second to none; employing over 100 skilled people building sport boats, cruisers and custom tenders ranging from 22 to 53 feet.

Berthon has enjoyed a long and fruitful close relationship with Windy, and we are proud to have shared many great moments.

One of the finest achievements was certainly the production run of the Windy 52 Xanthos – a long-legged, muscular, yet feline, hard-top fast sports-cruiser. With 38 knots on tap, top-drawer build quality and finish, three good cabins, and one of the best helming environments ever delivered, this yacht was always going to draw a line in the sand for others.

Windy Boats have never been cheap, as their old advertising strapline reads – “In life, you get what you pay for..” – and the 52’s full teak decks, immaculately polished timber interiors and floors, and fully trimmed accommodation, bear this out.

When the Xanthos was launched in 2006, the nautical press were invited on board – and here is what they thought:-

Dag Pike (Mr Branson’s excellent navigator on Virgin Atlantic Challenger’s record-breaking Atlantic crossing) wrote “Testing this Windy 52 was like finding the Holy Grail. In my search for perfection in boat design this boat comes as close as I am likely to get. It shows I can be done. You can get a boat that makes sense to a seaman and also offers sophisticated living – sea and harbour requirements do not have to conflict.”

Dave Marsh (one of the most knowledgeable, focused and capable journalists we have been lucky enough to work with) simply commented: “No need to even slip the mooring to feel the fervour of Windy’s obsession. Just sit down at the helm. Without doubt, this is the finest sports-cruiser helm position I have driven from.”

If this all sounds good, it is simply because the 52 is one of the best sports-cruisers ever conceived, and the proof of the design and build is the way that these boats have lasted. There are very few (if any in fact) modern production craft which will offer the same combination of ride, speed and quality. 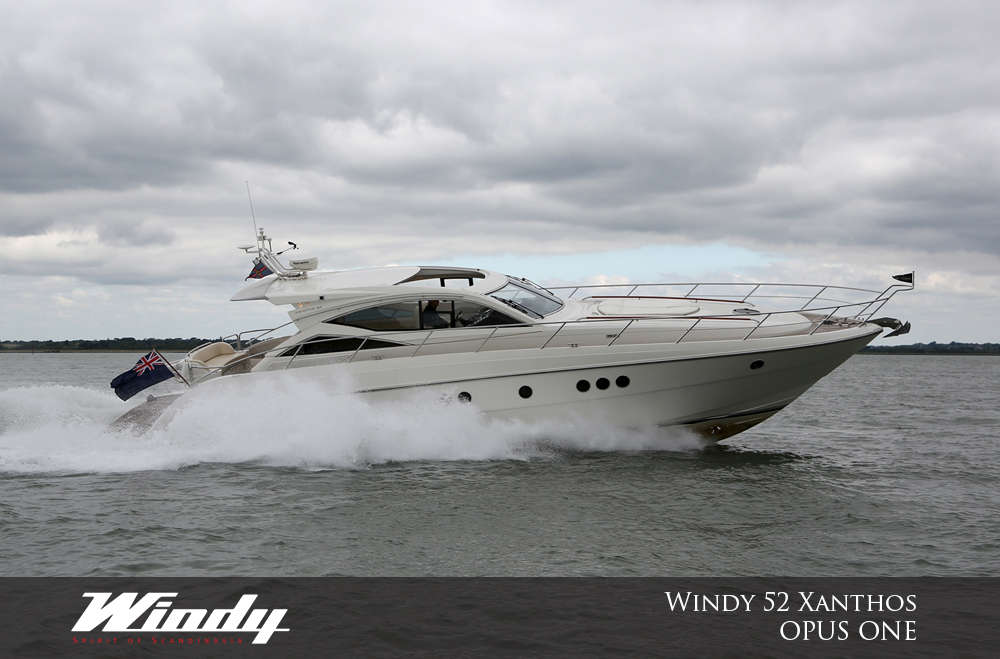 Thus we are very pleased to announce that we have one of these big cats tamed (relatively), and in brokerage captivity at our Lymington base here at Berthon.

Built and delivered in 2007 for her first Owner (his fifth Windy), she spent her early life in the Mediterranean, prior to stretching her legs North and cruising out of Lymington, prior to finding a new keeper – who has kept her professionally maintained, updated, and cosseted. We note that she has a recent full navigation upgrade courtesy of Raymarine, air-conditioning and passarelle for blue-water trips, and a mere 800 hours on her diesels. She is presented in A1 condition, and lies in full commission.

For your appointment to view her and experience the difference for yourself, then please do get in touch.