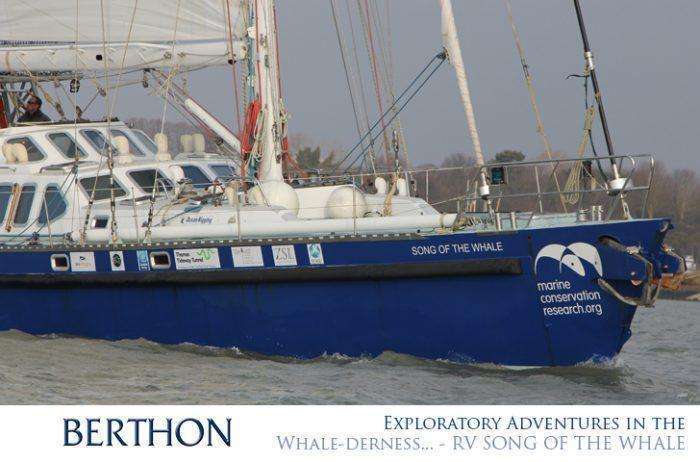 Richard McLanaghan of Marine Conservation Research Ltd writes: ‘after a quiet start to 2016, research vessel SONG OF THE WHALE (SOTW) set off from Ipswich at the end of May, bound for the west coast of Ireland. The team did not return to the river Orwell until late October, just in time for a locally based Heritage Lottery funded project working with local youngsters. During the summer, the team and vessel were engaged in a range of projects, which took them from the UK to Ireland, Iceland and Greenland.

During June and again in October, SOTW worked with the Irish Marine Institute, Galway Mayo Institute of Technology and a team of researchers from the University of St Andrews to conduct two offshore acoustic surveys for deep diving whales such as sperm and beaked whales in the steep shelf waters and underwater canyons 200nm to the west of Ireland. As with the previous surveys undertaken in 2015 as part of this project, the weather was generally pretty poor but this didn’t prevent the team from collecting good acoustic data which included detections of the target species (Cuviers beaked whales and sperm whales), feeding on deep sea squid at depths of over 1000m. 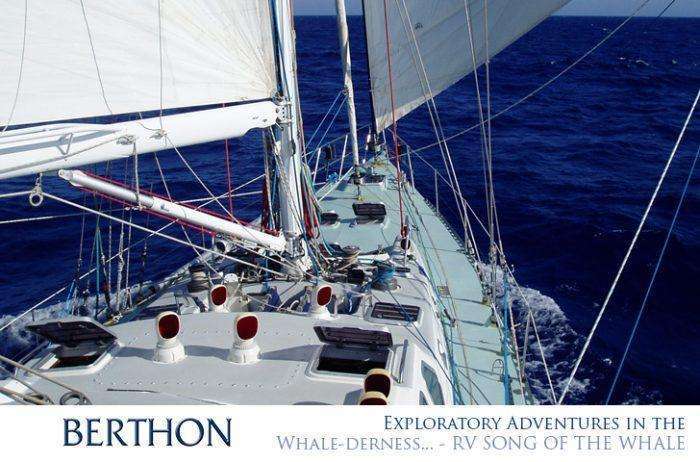 From Ireland, SOTW sailed to Iceland, (https://www.berthoninternational.com/berthon-blog/update-song-whale/) passing close to Rockall en route and encountering several large groups of pilot whales and dolphins along the way. The MCR team and SOTW have a long history of working in and around Iceland, a country with spectacular scenery, as well as wonderful wildlife. This year the first project in Iceland was with the International Fund for Animal Welfare (IFAW). SOTW was used as a platform to host outreach activities with local whale watch operators and scientists as well as spending time in the field conducting a photo ID study of minke whales in an area where both whale watching and whaling activities take place, close to the capital city, Reykjavik.

At the end of July, the SOTW team were joined by seven intrepid guests from the specialist travel agent Discover the World for an exciting expedition to east Greenland. The primary purpose of this trip was to explore the offshore waters between Iceland and Greenland in search of the critically endangered North Atlantic Right whale which used to frequent these waters before their numbers were decimated by whaling. There are only around 350 Right whales remaining in the North Atlantic, mainly off the coast of the US and Canada but in recent years there have been some indications that they may be returning to an historic whaling area called the Cape Farewell Grounds between Iceland and Greenland. The Right whales proved elusive, although analysis of the hydrophone data collected during the expedition may yet show that we did indeed encounter them although not visually. The team did however have unforgettable encounters with Orca, fin and blue whales as well as spending time exploring some of the spectacular ice berg strewn fjords of East Greenland. On the voyage back to Iceland, SOTW visited the Westman Islands, home to both the world’s largest puffin colony and newest volcano. 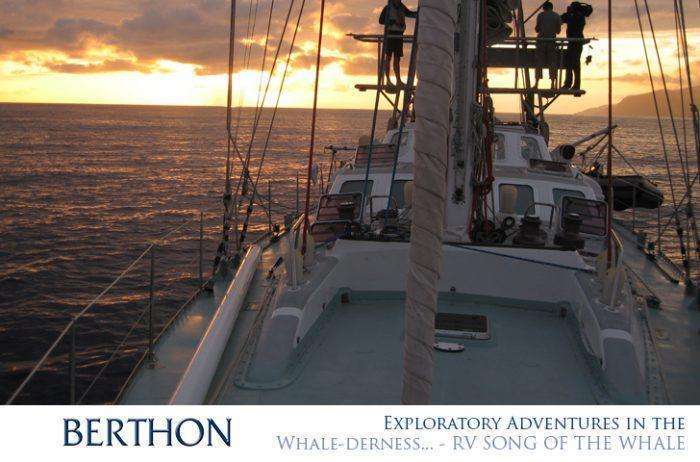 Having returned to Reykjavik, the MCR team and colleagues from the UK and Iceland, ran an important new study on behalf of the Carbon Trust; this was to assess the impact of an acoustic deterrent device which may be used by offshore developers during the construction of wind farms to deter marine mammals from the site during potentially harmful pile driving operations. This project required the team to spend 40 days in the field using specially developed video range tracking techniques to monitor the behaviour of individual whales in the presence and absence of the deterrent device.

Towards the end of September, with the Icelandic days getting noticeably shorter, SOTW set sail back to Galway, Ireland to spend ten days surveying the continental shelf edge for the final beaked whale survey with the Irish Marine Institute. 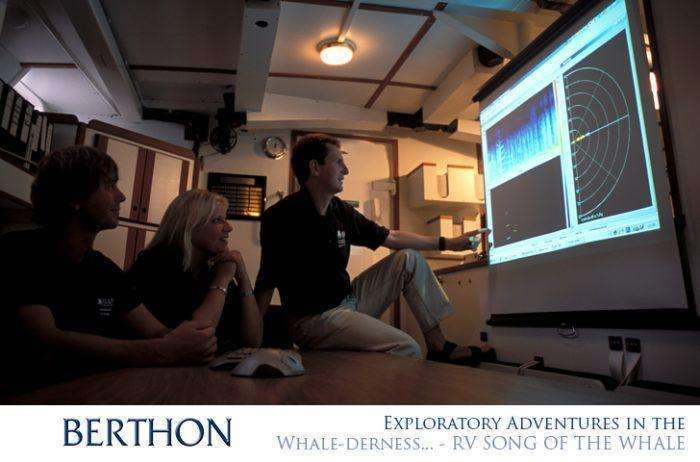 On arrival back in Ipswich in mid-October, it was all hands to the pump as SOTW was hastily prepared for a new project, working with local youth groups, YMCA Suffolk, Suffolk Family Carers and Basecamp Mentoring, on a Heritage Lottery Funded project: Our Estuaries, Our Youth, Our Heritage. Groups of disadvantaged young people joined the SOTW team to investigate the bats, plankton, mud, birds, sounds and history of the Orwell and Stour estuaries during two days and a night aboard SOTW. Working together in small teams they recorded sound clips and took photographs for multimedia presentations, to share online so that others can experience and learn about the heritage of the estuary too. Although residential youth work is a new direction for the Song of the Whale team, the project was a resounding success, giving 40 local youngsters a completely new experience, perhaps inspiring some of them to become the scientists or conservation advocates of the future. We are now hoping to be able to secure a larger HLF grant and other funding, to enable us to expand the project to other locations around the UK, and also to take on a full time Education and Outreach Officer who would use the work of the SOTW team to develop a broad education and youth engagement program.

In addition to field projects and expeditions based on board SOTW during 2016, our team has conducted two acoustic and visual surveys for whales and dolphins in the waters of the Republic of Cyprus, from a chartered yacht in August and November, with a third to follow in spring 2017. These surveys are on behalf of the Government of the Republic of Cyprus and will be used to inform conservation measures there in the future. 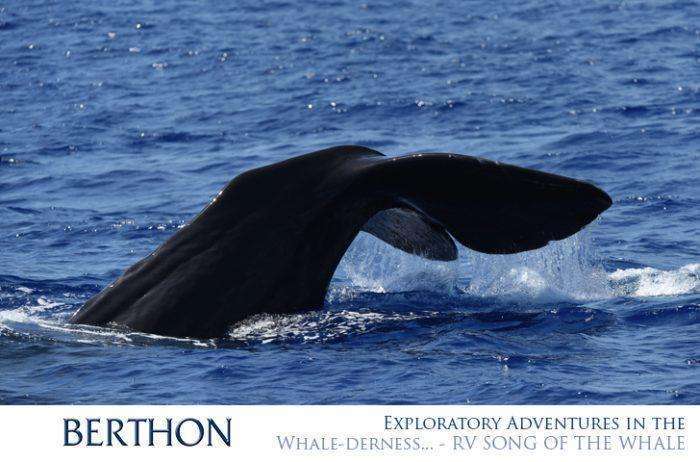 Analysis of the accumulated data from Iceland, Cyprus and other ongoing studies is now underway, as well as ongoing vessel maintenance. As yet no projects have been confirmed for 2017, although there are conversations underway which potentially include research off the US, South Georgia/Falkland Islands, and Iceland or Norway. As projects are confirmed, MCR will aim to offer a series of expedition trips, so that guests may join the team on SOTW to experience some of the amazing work and places which we visit.’ 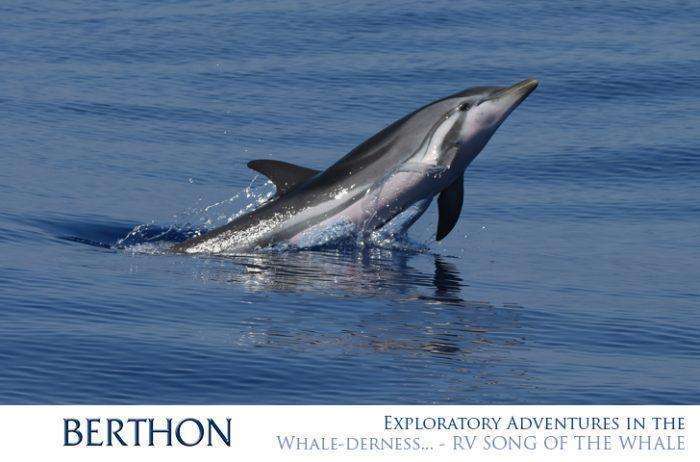 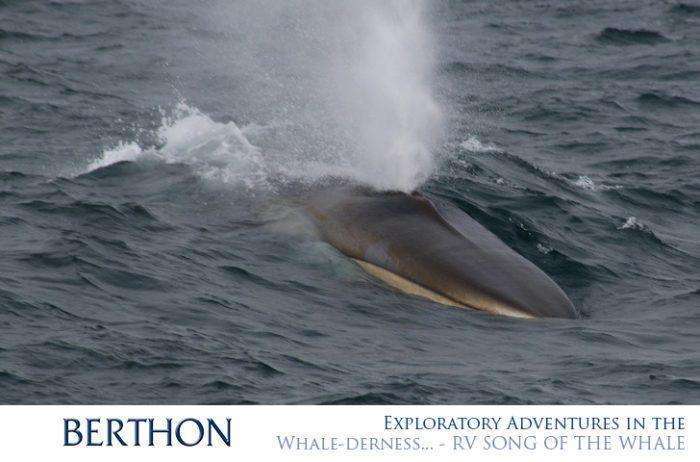 Berthon are full of admiration for the work that SONG OF THE WHALE does and we look forward to the periodic updates of her adventures, and we hope that you enjoy reading about these too.

Of course, the costs to run SOTW are not trivial as in addition to her normal running costs, she carries a lot of scientific equipment aboard and she also has a full scientific team to maintain to enable her to carry out the research projects that she accomplishes. Without the kit and the team, she is merely a boat. 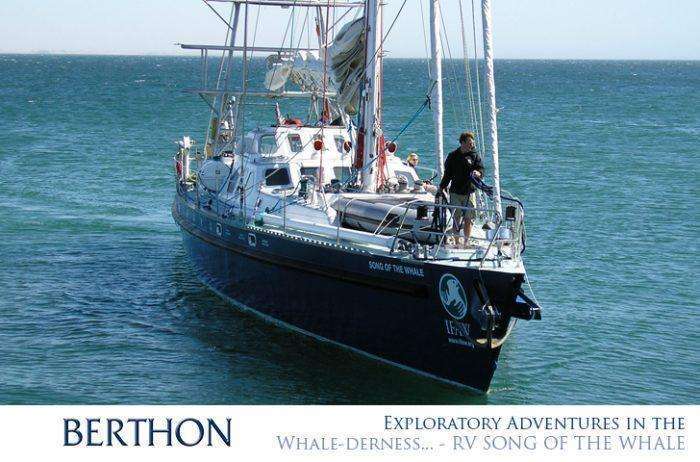 SOTW is unique. There are some other research yachts around but no others have been purpose-built and come with their own multi-disciplined team. She is a resource that cannot be easily replicated without starting from scratch and she is ready to sail now. 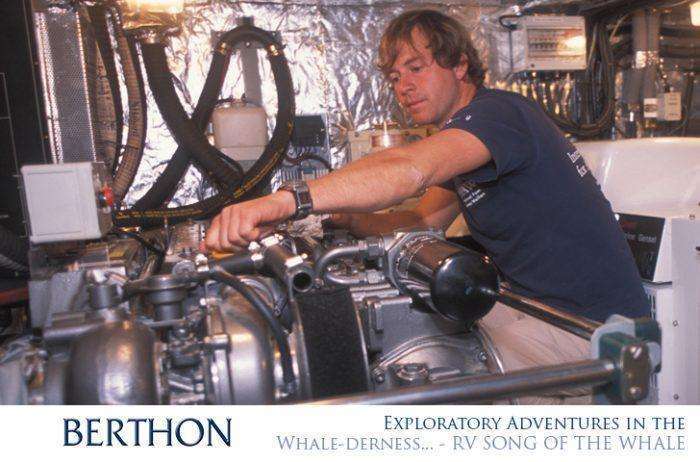 For SOTW and her team, there is a wish list of projects that they would love to get going with and here are a few of them –

• Further research/expeditions to the east coast of Greenland to better understand the numbers and distribution of marine mammals there.
• High latitude research in the Arctic waters of Franz Josef Land, Russia and Svalbard to investigate the presence and numbers of rare bowhead whales, and investigation of increasing human impact at the frontier of climate change. http://www.marineconservationresearch.org/wp-content/projects/MCR_project_summaries_Bowhead.pdf.
• Development of a research, outreach and education project in the Falkland Islands and South Georgia where there is limited knowledge of the current status of cetaceans.
• Increasing the impact and reach of the recent HLF project http://www.marineconservationresearch.org/ohey/ to roll the project out around the UK and also to seek funding for an Education and Outreach Officer who would develop a program based on the wider activities of the team and SOTW.

If these projects look interesting and if you would like to know more about SOTW and her team, please do contact Richard McLanaghan on rmclanaghan@mcr-team.org or Tel: 01376 573071. 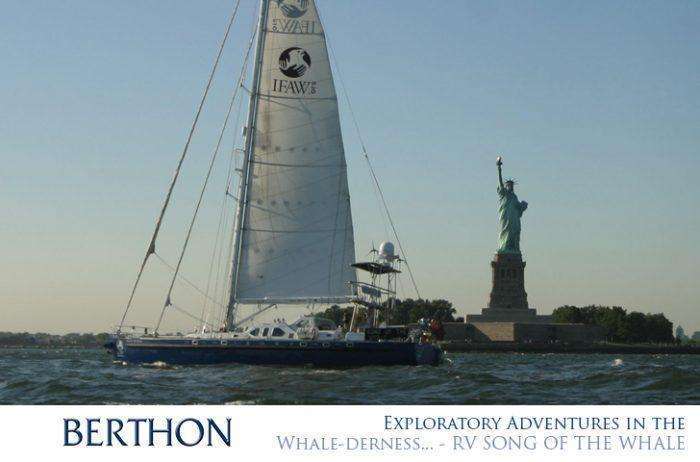 We have known SOTW since launch and she has been a regular visitor at Berthon Marina. During her lifetime she has achieved a lot and we hope that she will continue to make a difference. She and her team are looking for patrons to work with them to realise new projects and to utilise further this extraordinary floating resource and platform for good.