Expectant Owner Valerie Creighton Weighs In. For more updates on current FPB projects you can watch this space, or visit http://www.setsail.com. 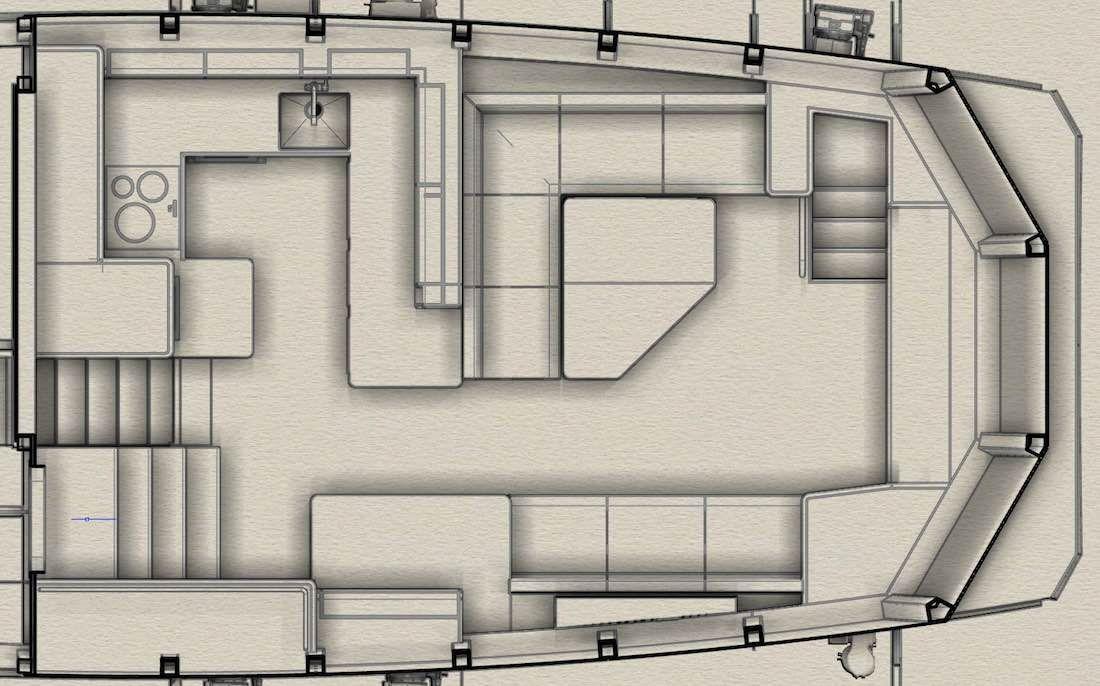 We have recently been sent some final interior renderings for the FPB 70s. As owners of FPB 64-7 who are awaiting 70-1, we can offer a few comparisons between the two designs.

First, to the overall impression: the basic layout and flow remains the same, because it works so well: master cabin forward, where it enjoys good ventilation and natural light while at anchor. Great room in between, which is a concept that works surprisingly well. I say “surprisingly” because as former owners of a traditional pilothouse trawler, we were sceptical about the idea of eliminating that cosy, segregated wheelhouse. We are squarely among the converted now, and would never want to go back to a separate-pilothouse design. The great room is perfect for a cruising couple. 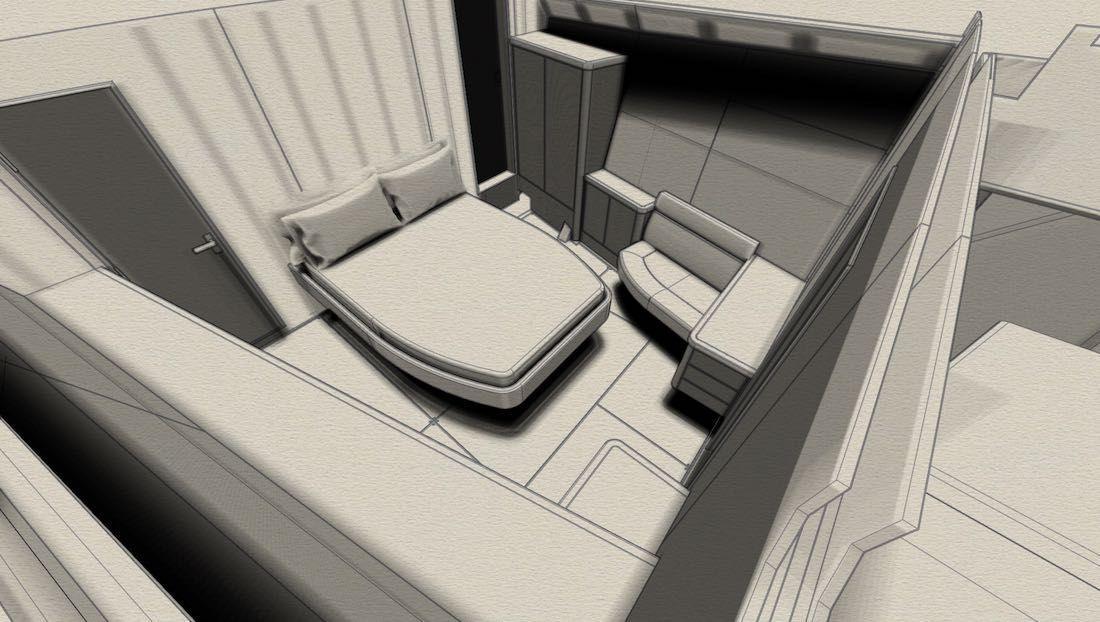 In terms of details, the master stateroom is very similar to the 64. These drawings show a nearly complete design of the master. 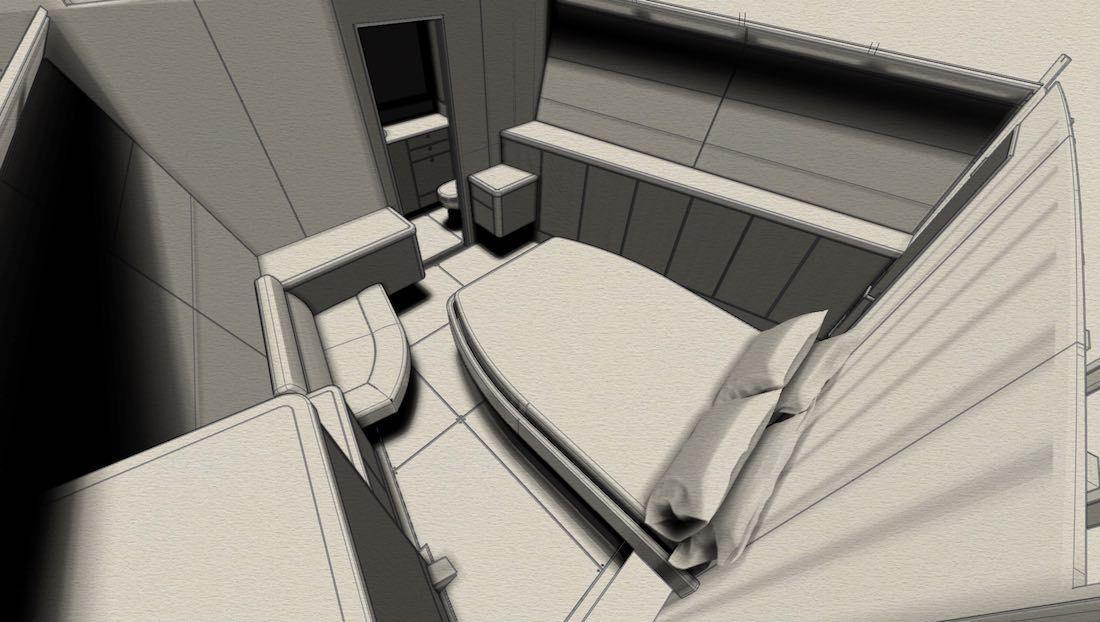 The head will be a more traditional one with a door between the berth area and the entire “bathroom” compartment, unlike the 64 where the sink and vanity area were contiguous with the sleeping area. Much of the hanging locker and all of the drawer storage has been moved into the forward basement just aft of the master, through the door starboard of the queen-sized sleeping berth. 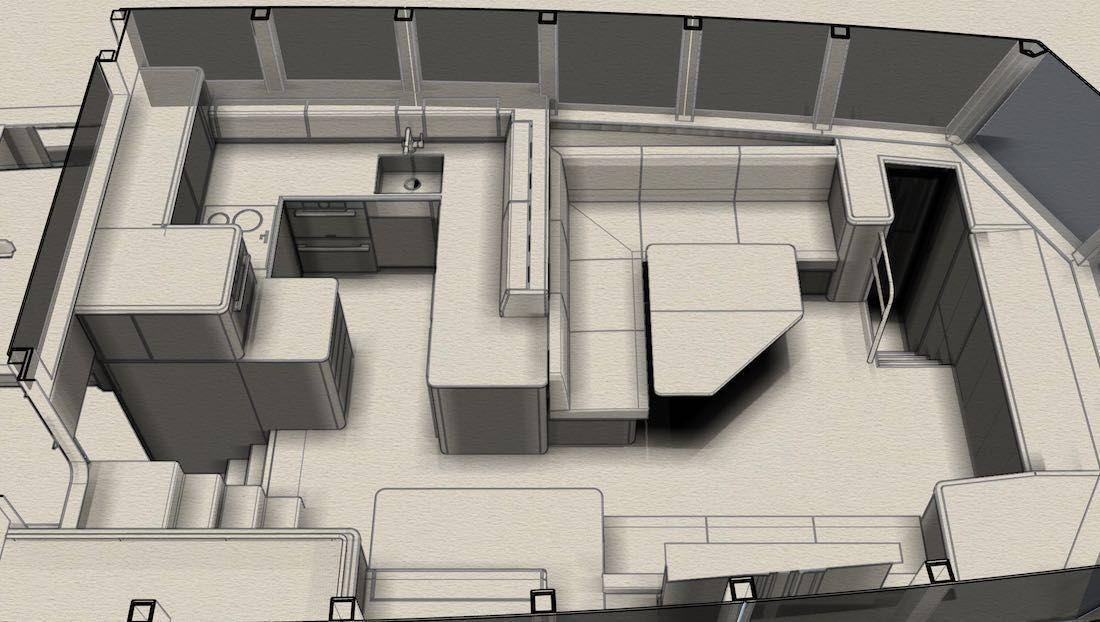 In the great room, the stairs down to the master now reside on the port instead of the starboard side. And since they are oriented differently than they were on the 64, Circa is designing a removable bar which will serve as a barrier to prevent a standing helm-lurker from taking an unintended tumble down the stairs. 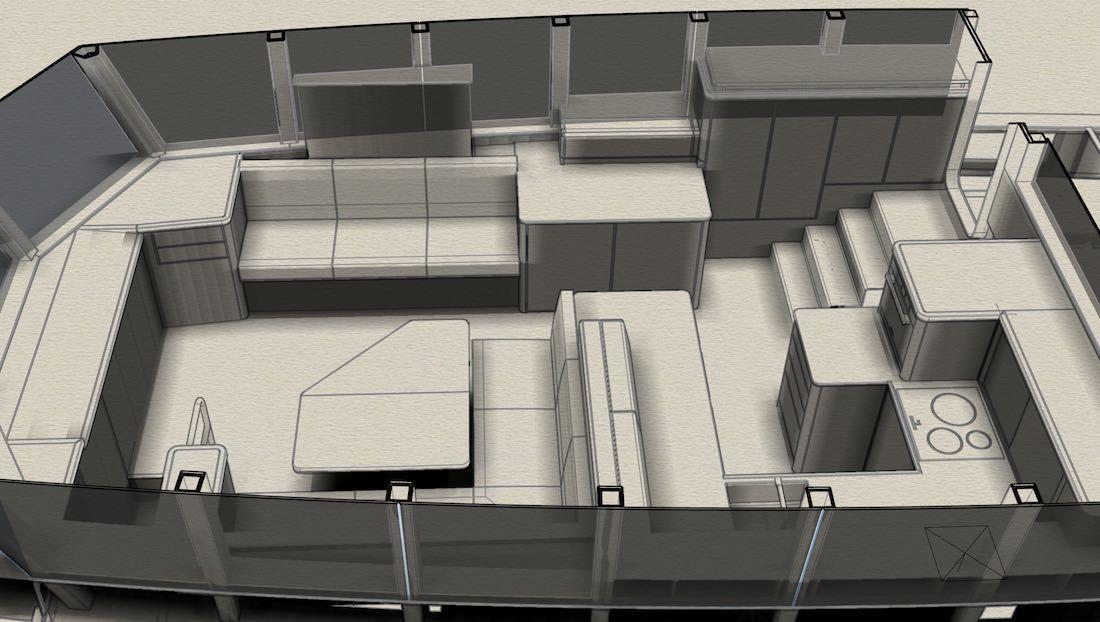 We have gained an above-counter storage locker inboard and aft in the galley, which might be mistaken for the oven in the drawing. It opens by means of a roll-up door to minimize disruption of the countertop forward of it. Other than some generous pantry lockers to starboard, about which this Admiral is unreasonably excited, the galley and remainder of the great room layout remain largely unchanged from the 64.

The stairways aft have been flip-flopped compared to the 64, with the entry stairs now outboard and the stairway down to the aft accommodations and engine room inboard.

Below, the guest accommodations are shown, with a generous basement (not shown) providing excellent privacy between master and guest staterooms. 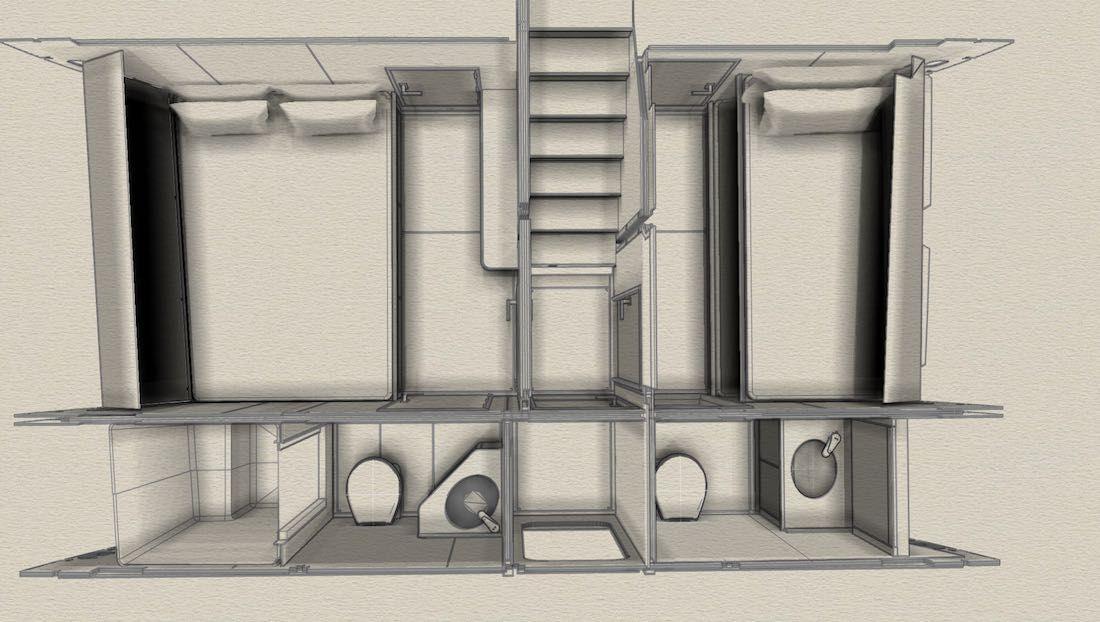 The big change to the aft interior is, of course, the replacement of the single crew berth/engine room foyer with a second 2-bunk guest stateroom and en-suite head. That head will be a “wet head” with a shower, but no separate shower compartment. On the port side, we have a guest stateroom with double-bed and en-suite head similar to that on the 64.

Many of the more dramatic and exciting changes from the 64, like the developed basement area, the lazarette/workshop and the matrix deck, are still getting their finishing touches. We can’t wait to give you a look at them. 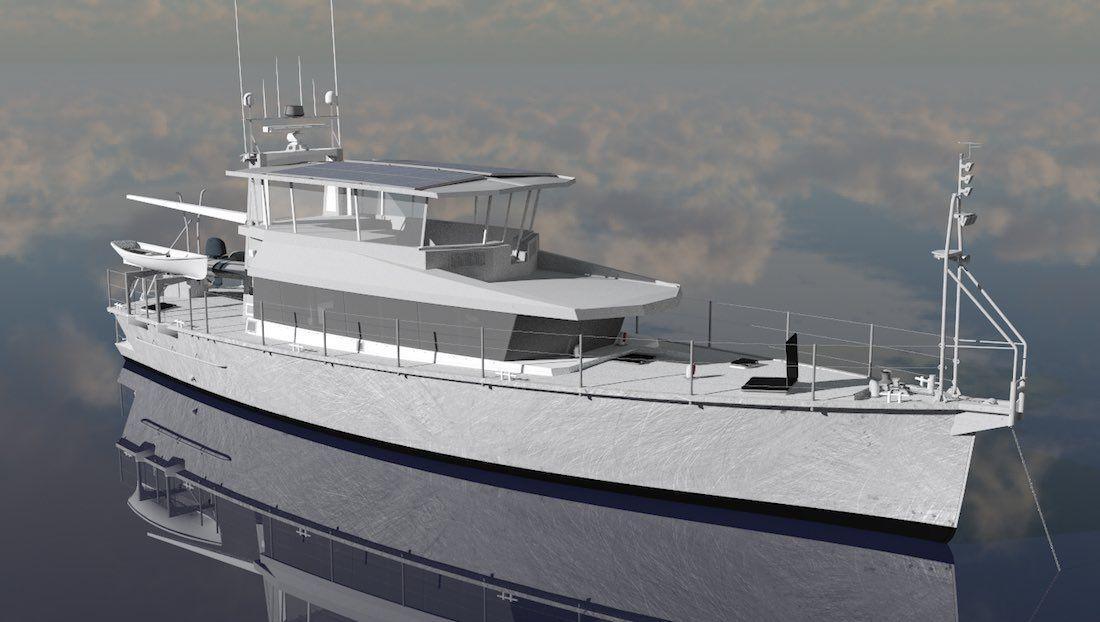