Join the epic expedition aboard R/V SONG OF THE WHALE 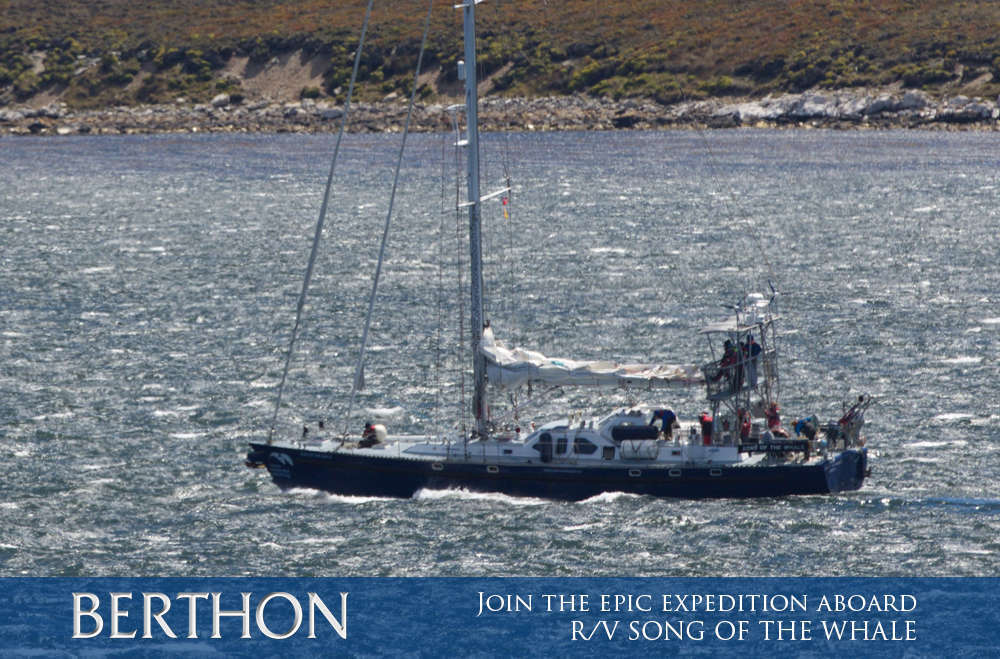 R/V SONG OF THE WHALE arriving in the Falklands two months after leaving the UK. (photo Marina Costa)

Owners of SONG OF THE WHALE, Marine Conservation Research International are a great bunch of people and definitely one of our favorite not for profits, and we like to keep you up to date with their adventures and programme. The images shown here are from a recent delivery and research expedition from the UK to the Falklands. 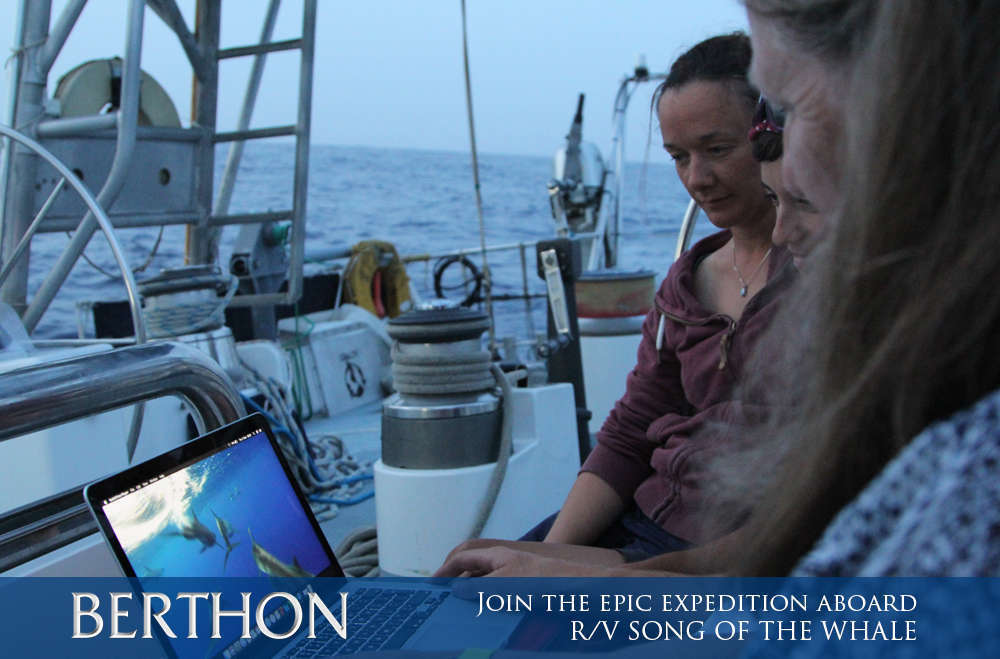 MCR conduct practical conservation projects for vulnerable marine wildlife and habitats. They are currently offering the chance to join them on a new and exciting research expedition aboard SOTW, sailing from the Falkland Islands to Portugal. 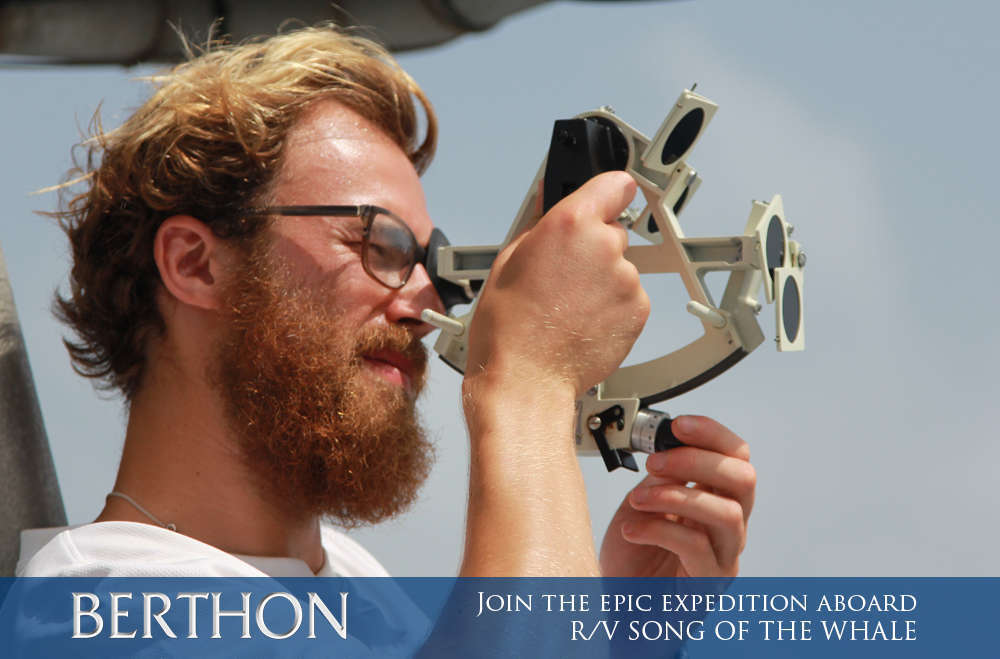 Charlie, an expedition participant, took the opportunity to learn astro-navigation.

As you will know, SOTW is a purpose built research vessel, designed by Lymington’s Simon Roger and she is a familiar sight at Berthon Lymington marina when on the South Coast of the UK. 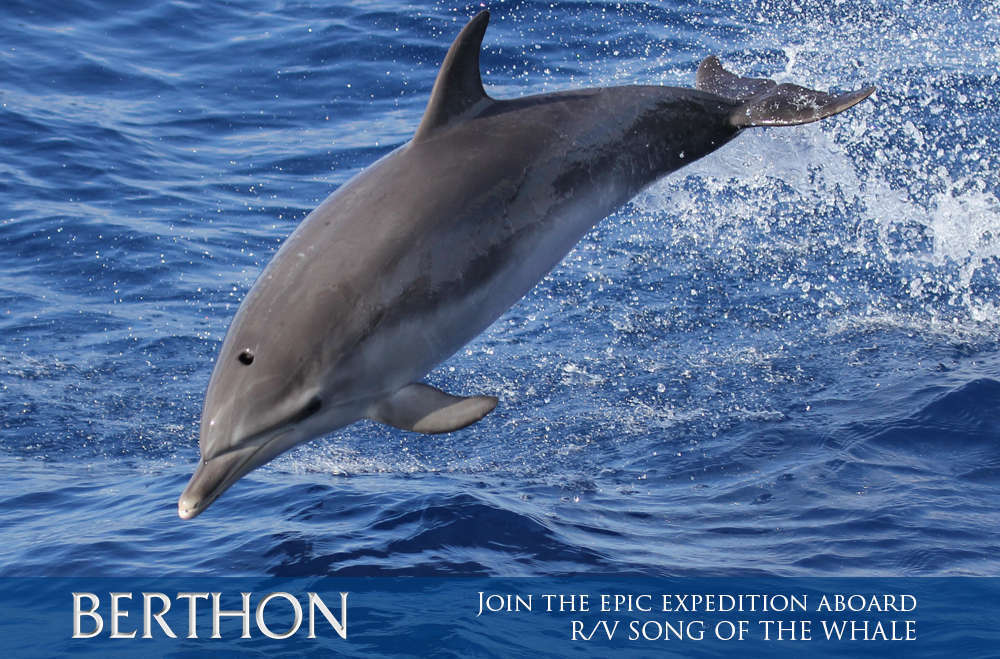 Bottlenose dolphin. Curious dolphins were regular visitors to SOTW throughout the voyage which traversed 100 degrees of latitude.

The expedition will give you the chance to experience some of the most remote areas of the Atlantic and encounter some spectacular wildlife. You will have the opportunity to be part of some important conservation research whilst at the same time enjoying a rattling good sail. 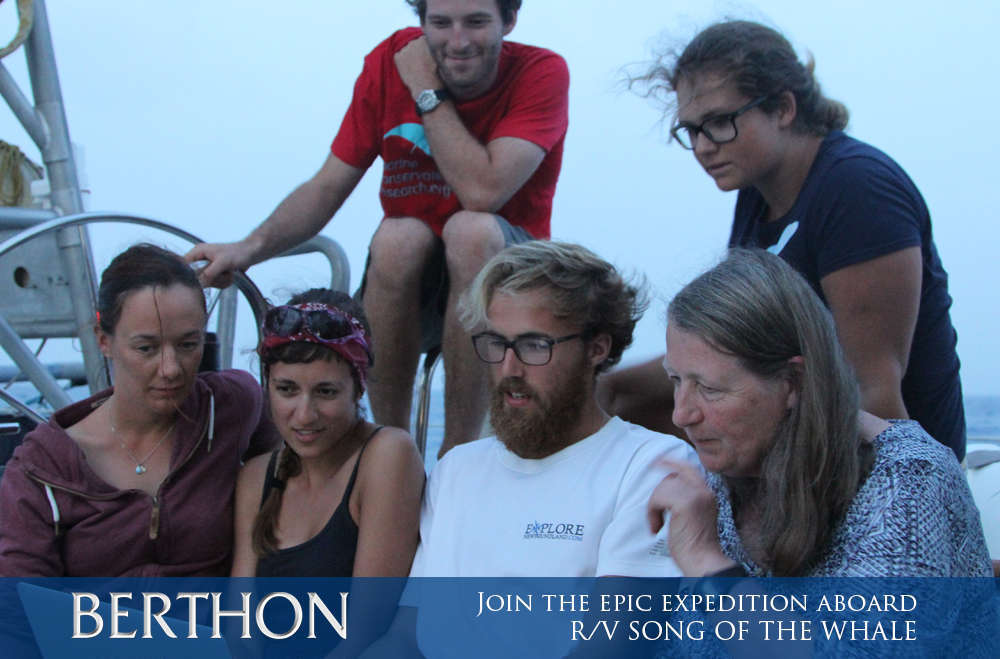 As above, reviewing GoPro footage (camera deployed on a pole).

The expedition will leave the Falkland Islands in March 2018 and head north to Uruguay, and then there will be a brief stop in Salvador, Brazil. After that, it’s off across the Atlantic, stopping in the Azores with some time to explore, before departing for the final destination of Portugal, arriving early May. 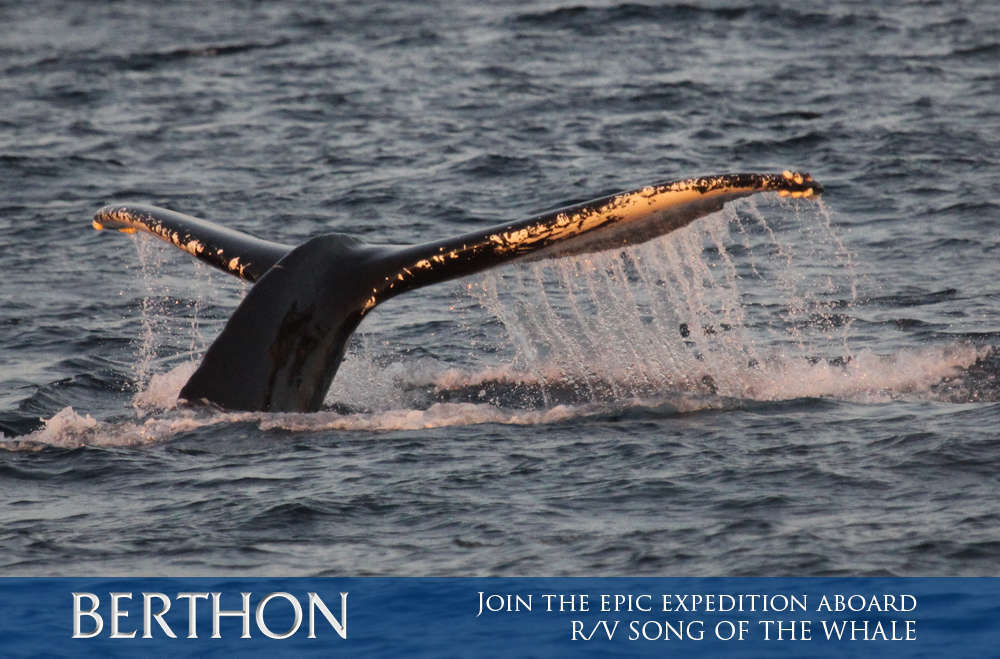 First large whale encounter on the voyage South, a humpback off NW Spain.

In October 2017 the team were preparing to set sail from the UK to the Falkland Islands; we can now happily report that they have just completed the epic voyage of 7000 nautical miles, positioning SOTW for some projects in South Georgia. 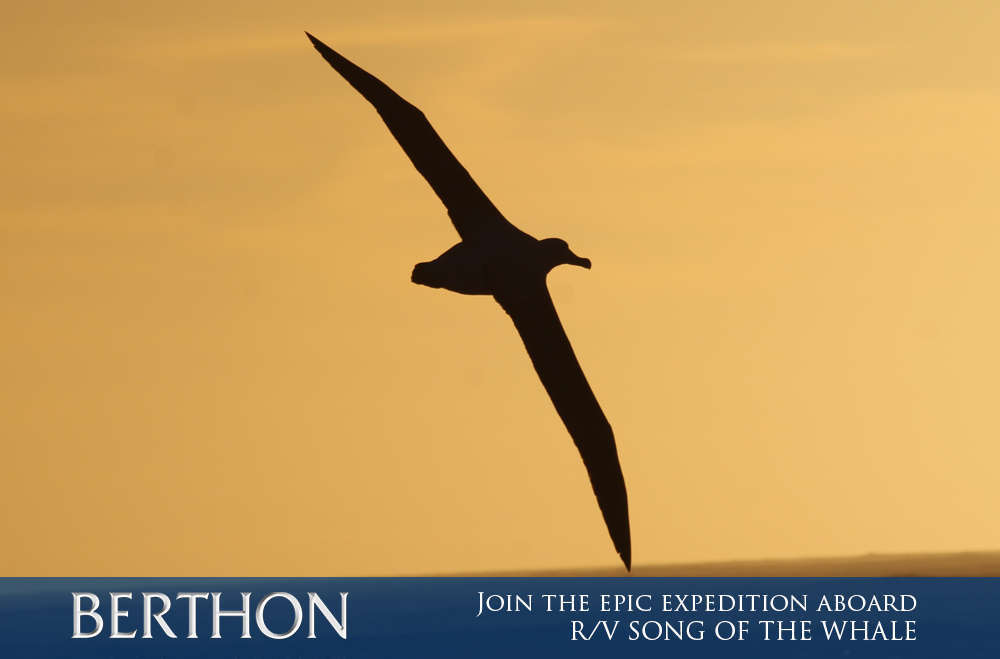 Albatross were regularly spotted during the final two weeks of the trip.

Dr Jennifer Jackson and 7 other scientists from the British Antarctic Survey are sailing aboard SOTW this week and carrying out important research on right whales near South Georgia Island. The northern species of the right whales are in trouble, and Dr Jackson’s venture will be the first survey conducted in the area since whaling stations were abandoned in the 60’s.

Further details on the expedition leaving in March are at: http://www.marineconservationresearch.co.uk/2018/01/join-song-of-the-whale-voyage-falklands-to-portugal/ 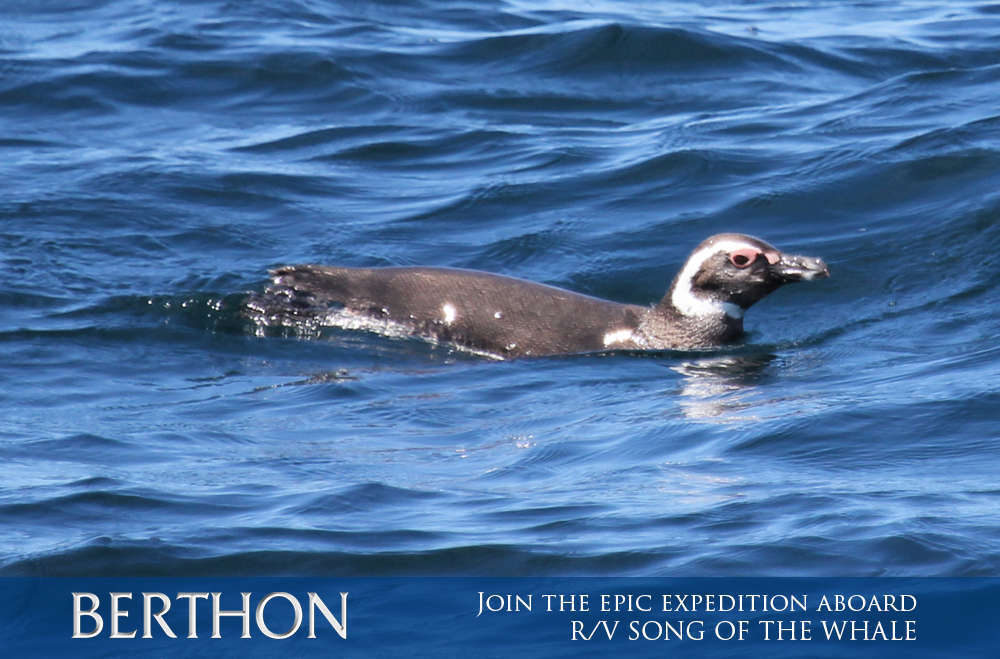 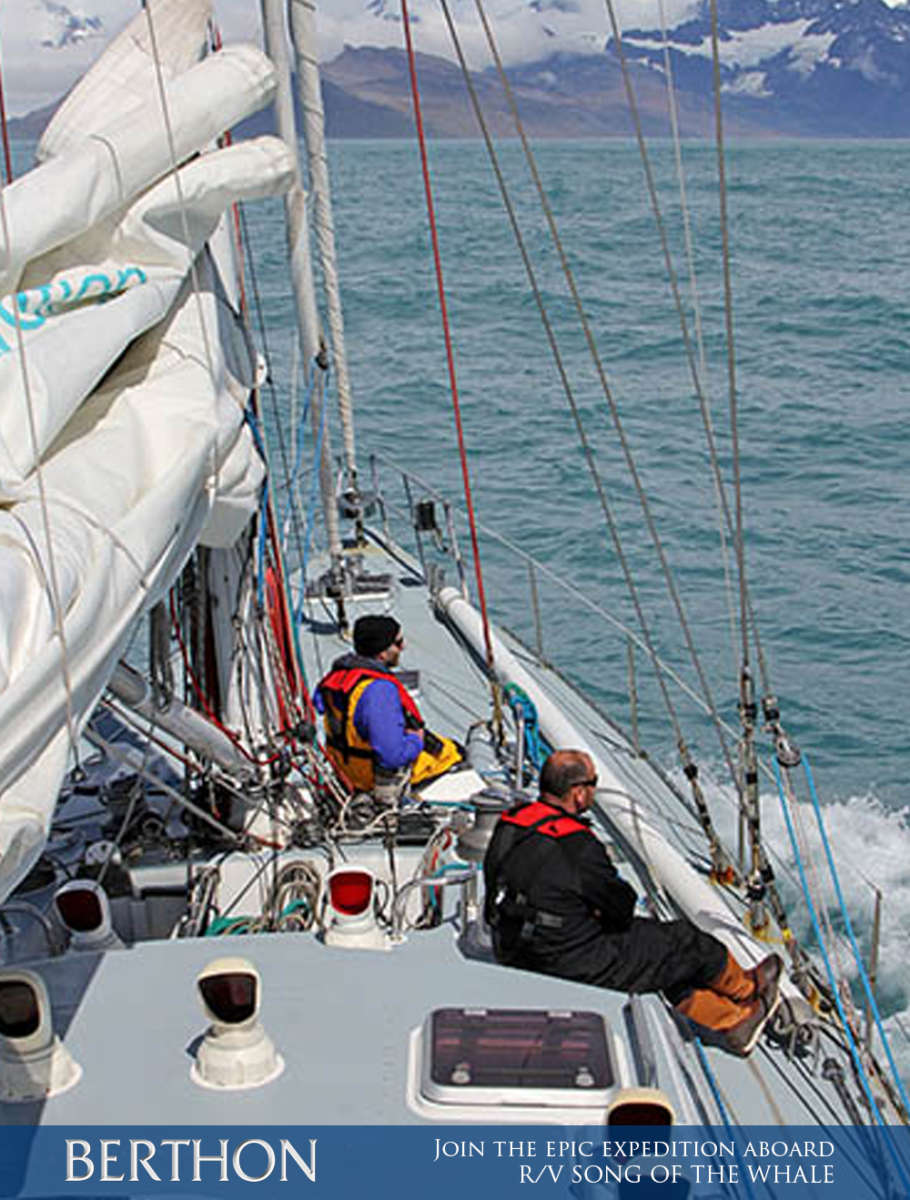 R/V SONG OF THE WHALE arriving in South Georgia. 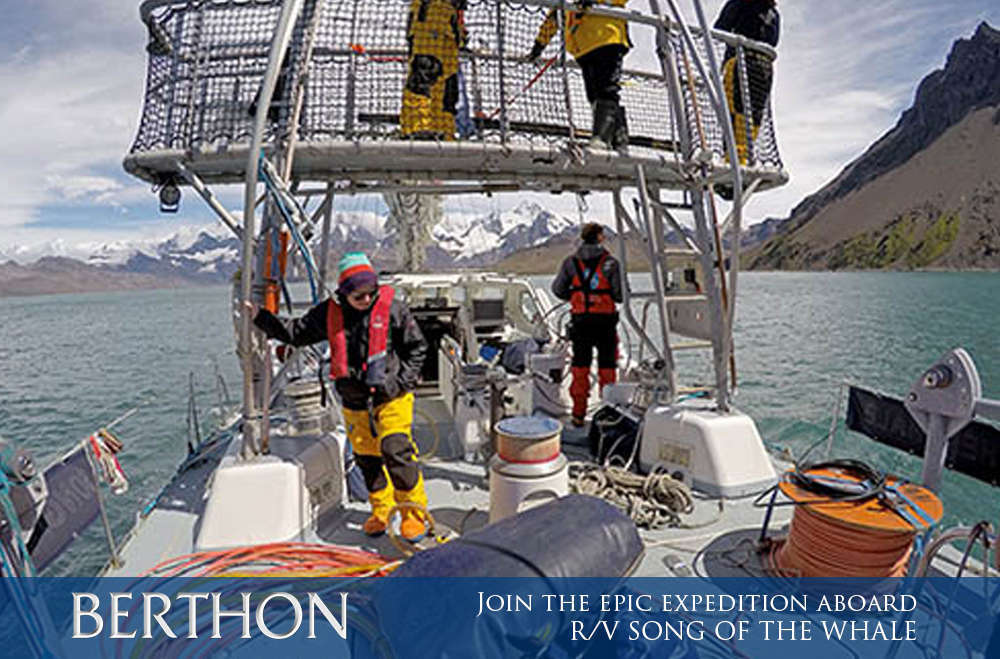 As above, R/V SONG OF THE WHALE arriving in South Georgia.