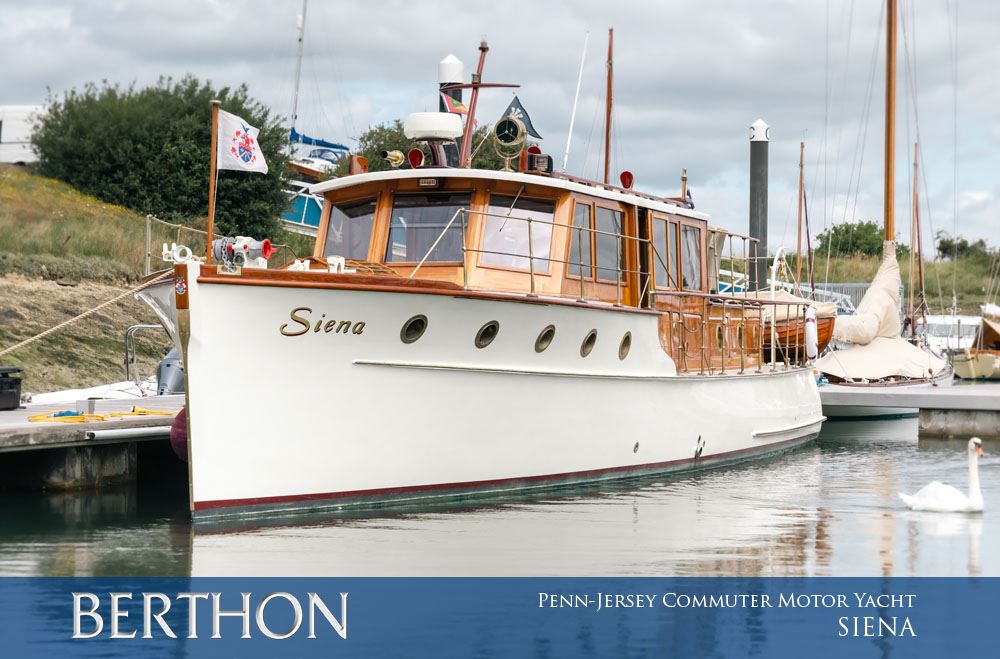 We are a sea-going race. We are surrounded by water on our little island. We love boats, boating, and specifically in this case – motor yachts. We fish from them, we paint them, we write about them, we want them, and we really want them when we need them to help us. We even take our holidays on them. And, as the marine industry – we build, repair, buy and sell all kinds.

Nowadays, and from the 1960s, the vast majority of craft are born out of a mould, and laminated in layers of GRP – glass-reinforced-plastic. Super-practical, very usable, and with a long durability; but somehow a wooden yacht has that certain ability to evoke a true sense of history. See the fantastic Little Ships of Dunkirk, the restored MGBs, the Harbour Defence Motor Launches, the Admiralty tenders, and Penn-Jersey Commuter Motor Yacht, SIENA. They survive and thrive, after some eighty years of existence – their planked timber hulls coping valiantly with the harsh environment they pass their years in. 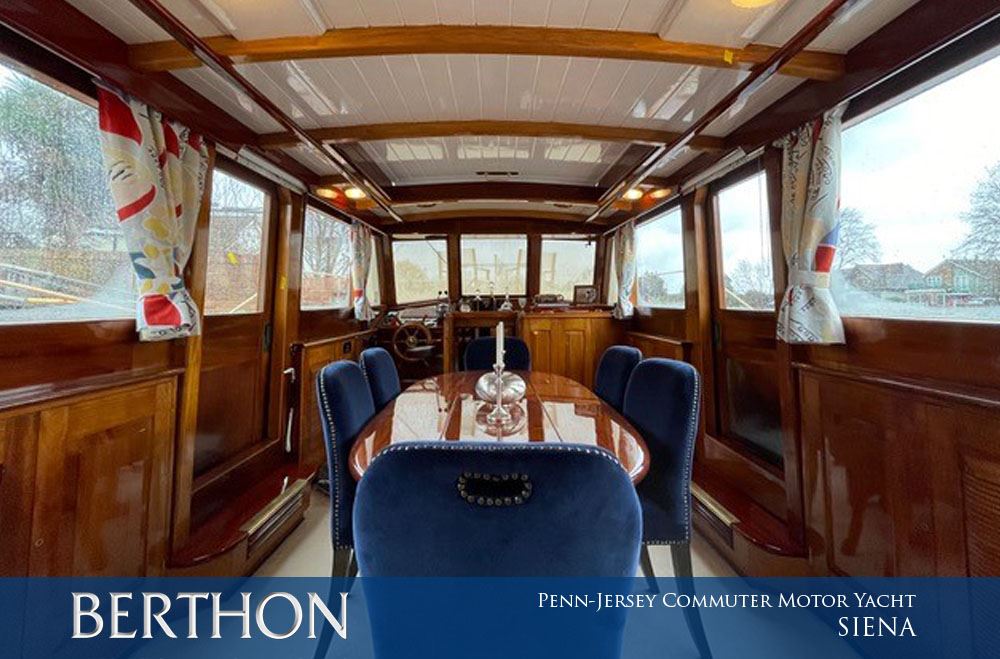 Today’s story starts in the battered United States of the early 1930s. Reeling from 10 years of Prohibition, the 1929 Stock Crash, and the damage inflicted in the post WW1 decade, all compounded by bank closures, “Hooverville” shanty towns, and 25% unemployment, it was a bleak period. As the ascendant New York Governor Roosevelt’s “New Deal” breathed life into the battered economy, fundamental change swept through the nation, restoring confidence and leading the now-President to declare “the only thing we have to fear is fear itself.” A maritime industry that had struggled to endure the Great Depression with a degree of intactness was starting to make steam again, with a refreshing market promising work for the yards, and employment for the workers. 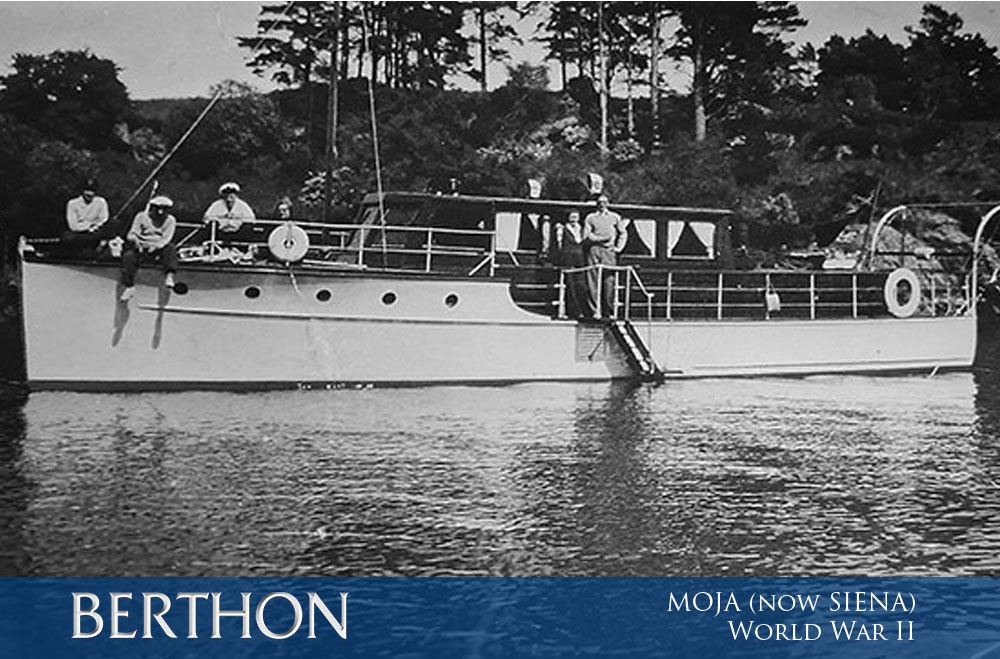 Up in Camden, New Jersey, the yards had been less affected than many. With the 1899-formed New York Shipbuilding Corporation being the largest and most productive shipyard on the globe, especially during the height of WWII; counting the USS INDIANAPOLIS and USS KITTY HAWK amongst its launches at this time. With heavy industrialisation, Camden was ideally placed to provide for the US Navy, the commercial and private sectors. Penn-Jersey Shipbuilding, Philadelphia Navy Yard and Cramps Yard to name but a few. 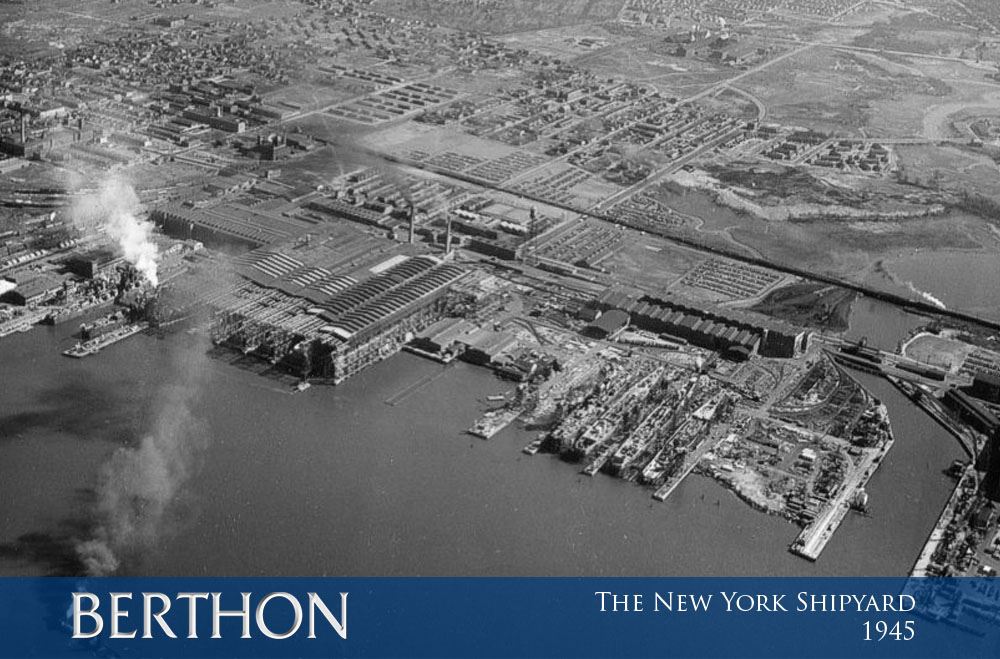 We believe that Camden was the probable birthplace of SIENA. With a bloodline of producing slender, purposeful launches in fair planked timber, the ashes of the Great Depression gave way to an appetite for pleasure, and this yacht was originally fitted out with twin Chrysler gasoline engines, giving her a useful 13 knots under way. A plumb stem, flush foredeck and slim, purposeful destroyer forward sections led aft and down to a well-proportioned glazed wheelhouse, providing a light and airy covered deck for conning. Thus, the Commuter style of yacht emerges – equally at home running brokers between meetings at lunch on the Hudson, or families out to the roller coasters of Coney Island.

At some point, our hero decides that she can make her owners a little pay dirt running a little Cuban rum from Havana to the Everglades and Key West, so she runs South – apocryphally making some fast runs, before drawing the attention of a local Coastguard who brings her shadowy fun to a close, and arrests her for the US Govt. on smuggling charges. In the meanwhile, trouble has been brewing in Europe, so the US send this sea-worthy, sharp-nosed and handy little launch to their Special Relations in the United Kingdom under the Lend-Lease, some of the €31.4 billion sent to our island during the pact. 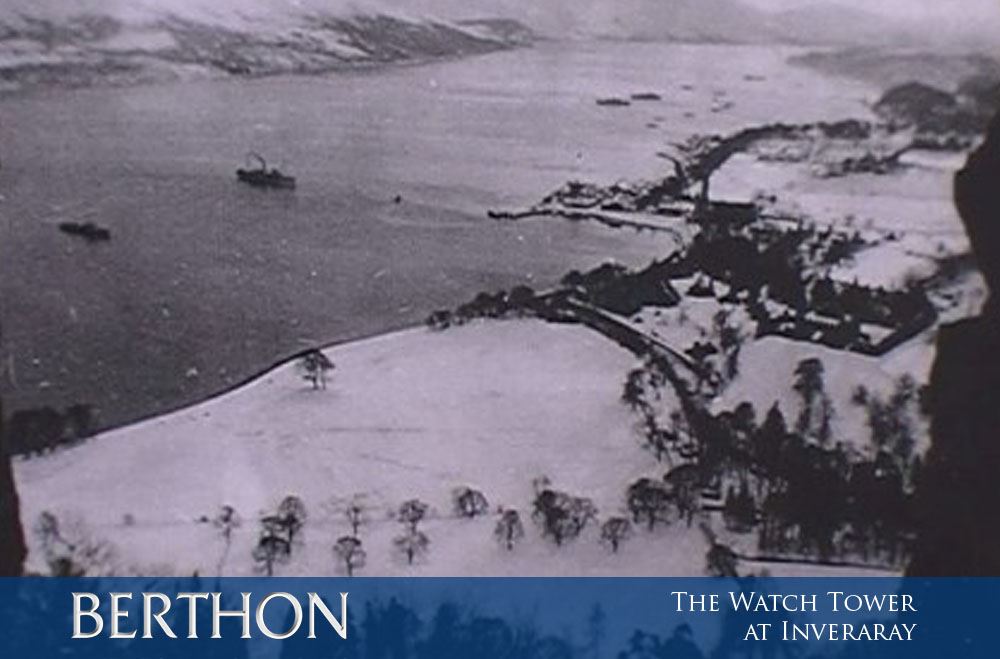 Britain’s need to train for combat operations grew, with the founding of Combined Training Centres – where UK Royal Navy, increasingly Royal Canadian Navy and even Norwegian commandoes could prepare to land troops onto landing beaches against entrenched enemy positions, and our hero finds herself berthed at No.1 Combined Training Centre in Inveraray, set on the shores of Loch Fyne. Surrounded by troopships and Assault Craft of many types, with RAF Blenheims laying smoke screens over the loch and Hurricanes strafing overhead, HMS Quebec (the RN component) must have been an awesome place to be. Not only was Captain Randolph Churchill one of the Officers, but his father – one Right Honourable Winston Spencer Churchill MP, PM, visited in late June 1941. It is not noted, but one does wonder whether he would have been run ashore on our hero, having witnessed operations off the beach at Ardno Beach., and proclaiming “God Bless you all” to the householders from the local hamlet of Newtown…?

With Officers overseeing the training around the tree-lined shores of the loch, she was used to ferry staff about, and as the summer of 1944 passed and the Allied advance onto mainland Europe successfully diminished the requirement for further training, so No.1 CTC was disbanded in late Summer 1944. HMS Quebec survives today somewhat, as the reception office for the local caravan site – with a commemorative plaque to record her time as a Commando base. 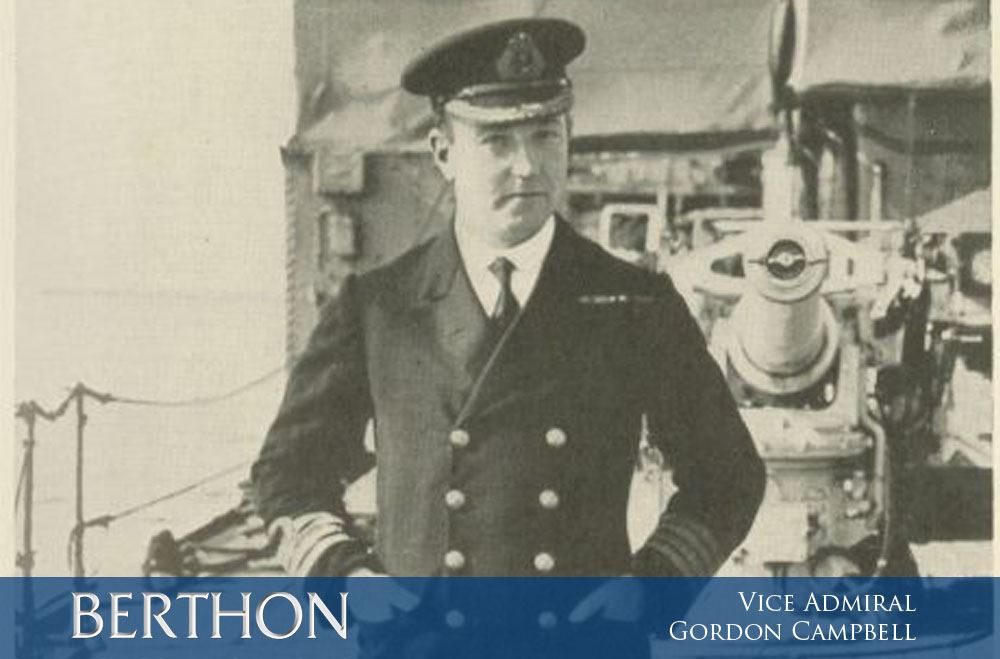 At this point, our hero is some twelve years of age, and in need of some love and kindness, having endured a Transat carriage and arduous work in the service of King George VI. One of her Officers from the war years is one Commander Campbell, RN, and he buys her from the MOD in the dying months of WWII, and goes about re-fitting her in a yard. Research indicates that he is in fact the ex. Vice Admiral Gordon Campbell, VC, DSO & two Bars, Commander of Q-ship HMS FARNBOROUGH on 17th February 1917 which was torpedoed, and laid low, yet still brought her prey to the surface and sank SM U-83, with 45 shells on target. Quite a chap. He is a published author, and his book “My Mystery Ships” relays the evolution of the Q-ship – just another merchantman to a periscope, yet heavily armed with hidden guns once the hunter surfaces. It is a great read. Sadly, Commander Campbell never saw his pride and joy completed, passing away in 1953, and she passed onto the care of Mr John Thaw of the Royal Scottish Motor Yacht Club.