The astonishing Nautor Swan 65 EVRIKA is for sale… 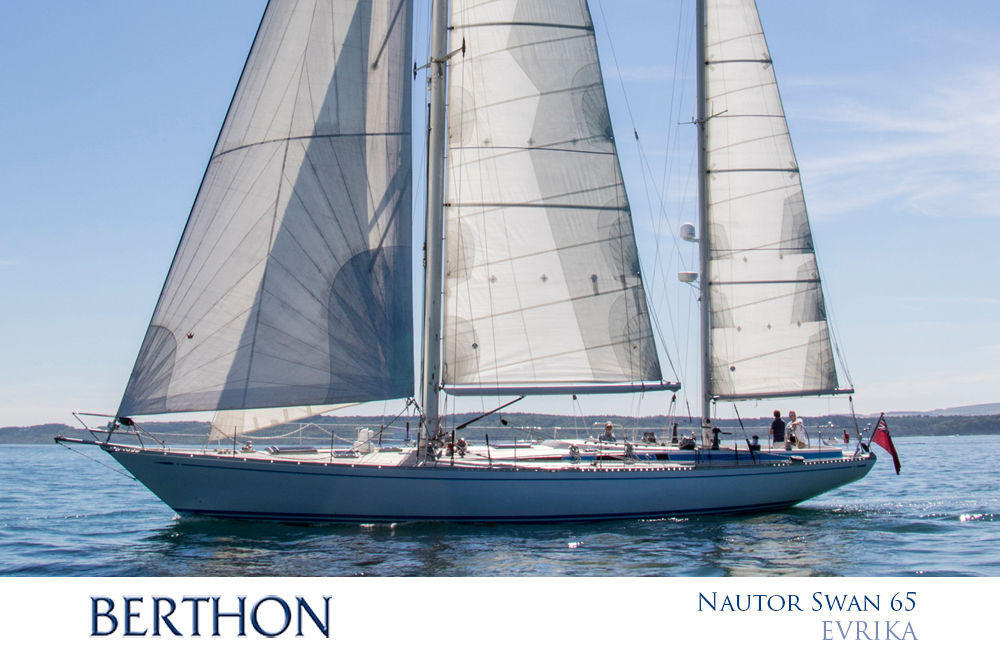 A second series Nautor Swan 65 that is only in her third ownership. She was a successful regatta yacht for the first two seasons of life. Thereafter she was in the same ownership for over 20 years and she was only used for comfortable family cruising.

Her current owner refitted her significantly for the same role, and whilst her interior is delightfully & unusually original, all her systems are very much 21st century.

EVRIKA is well known as the Pink Floyd boat and has cruised extensively in the Mediterranean and Caribbean.

Her story is also fascinating, and in this video, her owner and her Captain tell us a little bit about this special yacht which most definitely has won hearts and minds wherever she has sailed –

The Nautor Swan 65 is an iconic yacht and the fleet have most been updated and improved. EVRIKA is no exception. However, her rarity lies in that her interior looks much the same as it did when she left Nautor’s yard. The only joinery work carried out recently is to the starboard side of the saloon, where the keyboard (fitted for obvious reasons) was removed and the original sofa and pilot berth reinstated. Do have a look –

EVRIKA is lying with us here in Lymington and she is easily viewed. Here are her full particulars –