The Contest 45CS FLY is a compact, yet beautifully formed blue water cruising yacht. Delivered to her current owners by the Contest Shipyard in 2007, she is proof that yachts of the very highest quality are available in this size band. 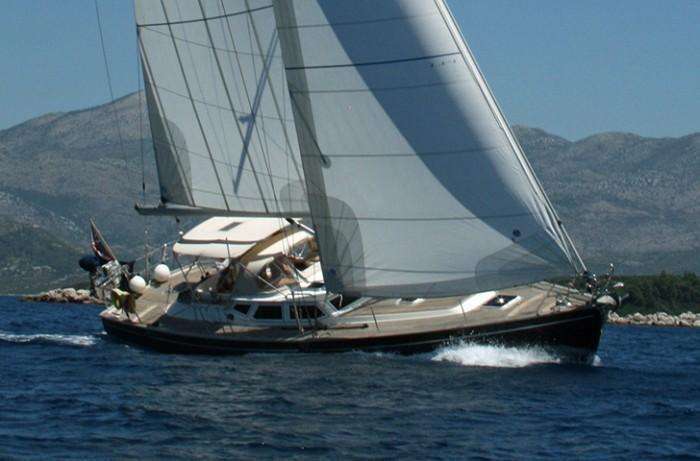 She is unashamedly built for a couple to sail easily and in total comfort with good quarter for another couple should you wish. The emphasis on the modern Contest is not just on quality, it is also on performance. FLY is a joy to sail in all wind conditions see the numbers below – 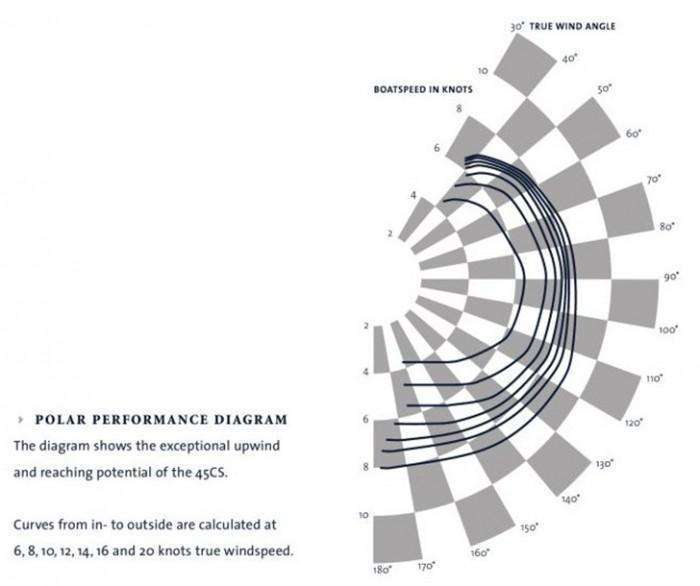 She was exhibited at the Dusseldorf Boat Show prior to the start of the new season in 2007 and the start of her cruising programme. When you buy a Contest you join the Contest family – MD Arjen Conijn is the grandson of Contest’s founder and everyone who works for Contest or who owns and sails a Contest is part of a large, extended and very jolly family. There are regular get togethers for Contest owners and you are always welcome at their immaculate Shipyard.

The owners of FLY have penned a few words for us about why they chose to buy FLY and how she has delivered for them:–

I have sailed from the age of 10 and progressed through racing dinghies and windsurfers to racing offshore and then cruising. We started cruising further afield in 1989, firstly in a Hallberg Rassy 36, then for 14 years in a Bowman 40.

After very carefully considering everything available in the market we decided to commission Contest Yachts to build FLY for us and we took delivery in April 2007. Our choice was influenced by her sailing qualities (I used to be a racer!), quality of construction, layout and design.

After a test sail in Holland we were convinced and worked closely with Contest to build the perfect cruising yacht for us – two good cabins with a mass of space for four, a generator, water maker and two holding tanks as well as generous fuel and water tankage so we would not need to spend our time in marinas, extra chain for safe anchoring and a good sail handling system so she could easily be sailed by the two of us.

With the benefit of hindsight we would not have changed anything. After one season in the English Channel and the Bay of Biscay we headed for the sun. In 2008 we sailed the 3,000 miles to Dubrovnik via Biscay, Gibraltar, Balearics, Sardinia, Sicily and southern Italy. Since then we have enjoyed cruising north as far as Venice and south as far as Ionian Greece.

FLY stays cool in hot weather, heats up in minutes in cold weather (she has two heating units). She sails when others are motoring and copes well with harsher conditions – her big mainsail is reefed at the press of a button and the ‘blade jib’ is easy to tack. Her wonderfully uncluttered teak decks are a joy to work on and perfect for sunbathing. She is remarkably dry to sail and we do not even carry a set of oilskins on board! 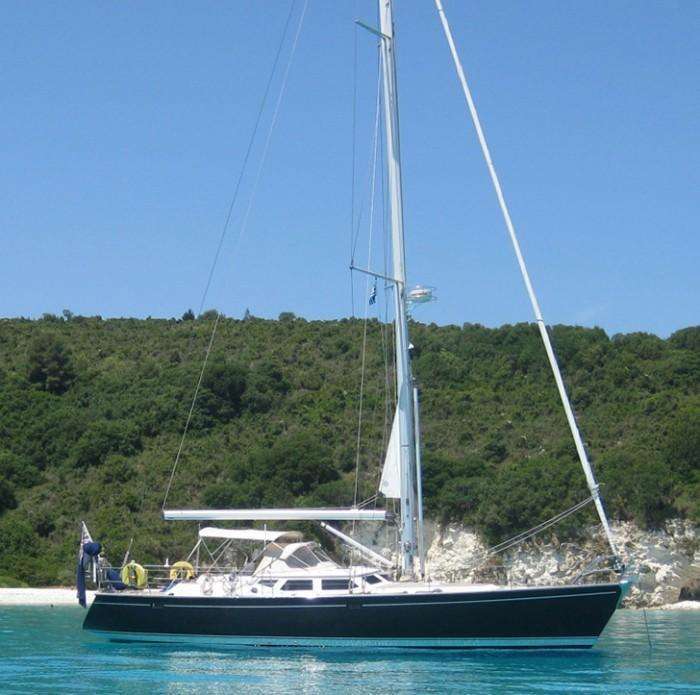 FLY is now with us at our Lymington HQ and is in epic condition. For your adventure all that is needed is a launch, to re-commission her systems, make a trip to Waitrose – which is happily only a hop and a skip away, and you’re ready for the off.

Superb magic carpet material, her current owners are now selling her as a growing brood of grandchildren and other commitments mean that they don’t have the opportunity to run away to sea in the summers anymore – but you could…

View the brokerage details for FLY Contest 45CS – [OFF MARKET]