Berthon loves the work that is done by SONG OF THE WHALE. We thought that you might like to see the projects that her owners Marine Conservation Research have ongoing – so please read on… 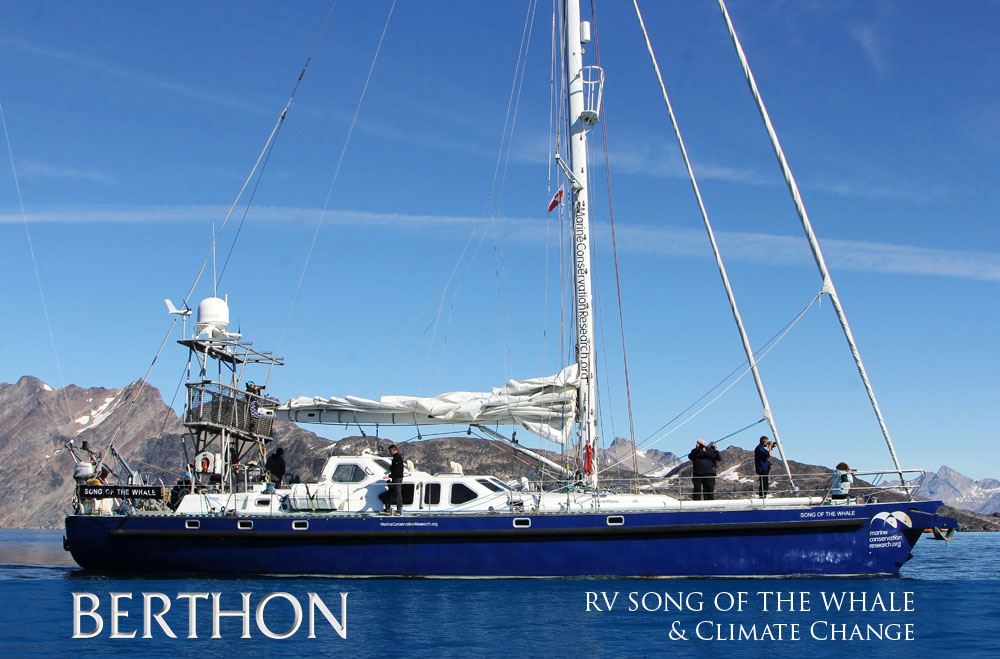 As we experienced a heat-wave in southern UK at the end of last week, scientific studies are revealing how whales are one of our biggest allies in combating climate change; the vital role they play in our planet’s carbon cycle, means that saving whales actually helps to reverse climate change.

Whales are really important marine ecosystem engineers – by feeding at depth and coming to the surface to breathe, their excrement fertilizes the water column, supporting large phytoplankton blooms that absorb enormous amounts of carbon dioxide, and, produce oxygen. Migrating across ocean basins, whales help to circulate nutrients between low and high latitudes, and, in death, whales carry tons of carbon stored in their massive bodies to rest on the seafloor. This so-called ‘whale fall’ locks up (or sequesters) carbon for centuries. Whales’ ability to capture and store atmospheric carbon, as well as the many other ways they help stabilize marine ecosystems, is vital, and every whale counts, in the concerted efforts needed to redress the climate crisis. 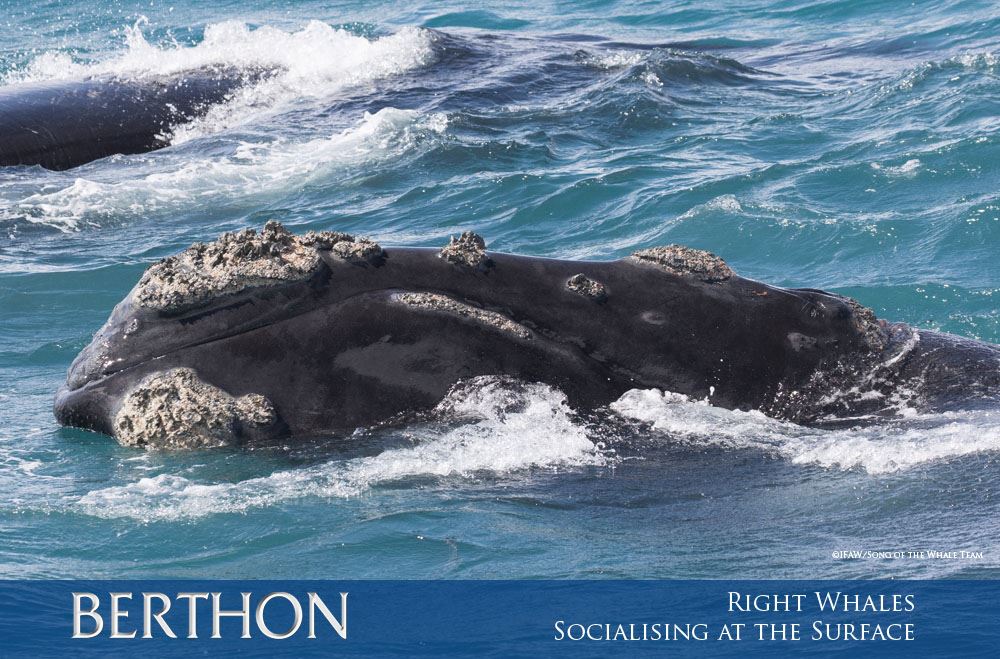 The North Atlantic right whale is threatened by collisions with vessels and fisheries entanglements in their coastal habitat off Eastern USA and Canada. New research is highlighting that this critically endangered species, which numbers fewer than 350 individuals, is now faced with additional challenges posed by our changing climate; its food (a tiny shrimp-like copepod plankton) is especially susceptible to altering ocean temperatures. In the last decade, an abrupt shift in the distribution of right whales away from their traditional feeding grounds in the Gulf of Maine and southern Canada seems to reflect a climate-induced change in the distribution and availability of prey. Many of these displaced whales face new threats as they feed further north in the Gulf of St. Lawrence, including exposure to fisheries not encountered further south. An “unusual mortality event” was declared in 2017 by local authorities as 17 right whales were found dead. As critical feeding habitats shift, vessel-based research on the species distribution, numbers and the health of the population is urgently required in order to support measures to protect this uniquely vulnerable population, originally named the ‘right’ whale, as the early whalers found it was the right (or most easy) whale to hunt. We hope to deploy SONG OF THE WHALE to study and help protect the new calves born into this tiny population in busy waters off the southeast USA, being especially susceptible to ship strikes and entanglements as they migrate along the eastern seaboard. Now, more than ever, it is vital to protect these new arrivals to ensure their survival, for posterity, and so that they may help reverse the climate crisis. 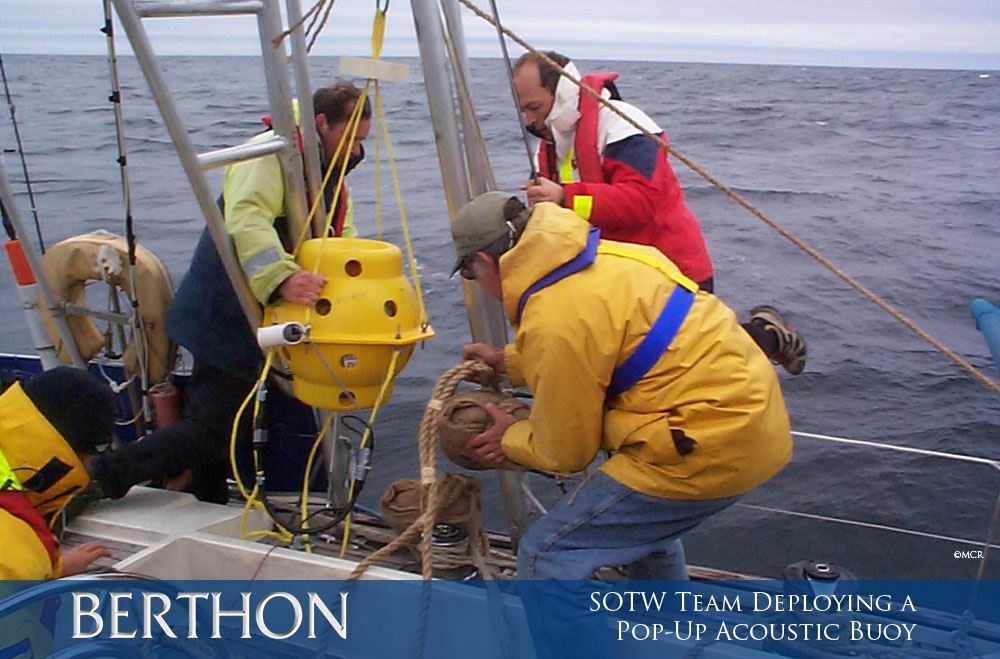 In April, the team were delighted to be able to cast off SONG OF THE WHALE’s lines, and lock out of Ipswich Haven Marina, bound for the Thames Estuary, to conduct a survey for the UK’s smallest whale, the harbour porpoise, in collaboration with our friends at ZSL’s (Zoological Society of London) marine team. Analysis of the sightings and acoustic detections is now underway, despite grey, blustery conditions, 16 sightings were reported, as well as 36 acoustic detections of the high frequency echolocation click trains produced by these elusive mammals. This short study will provide a snapshot to update our previous Thames project back in 2015, which confirmed the year-round presence of porpoises in one of our busiest waterways. 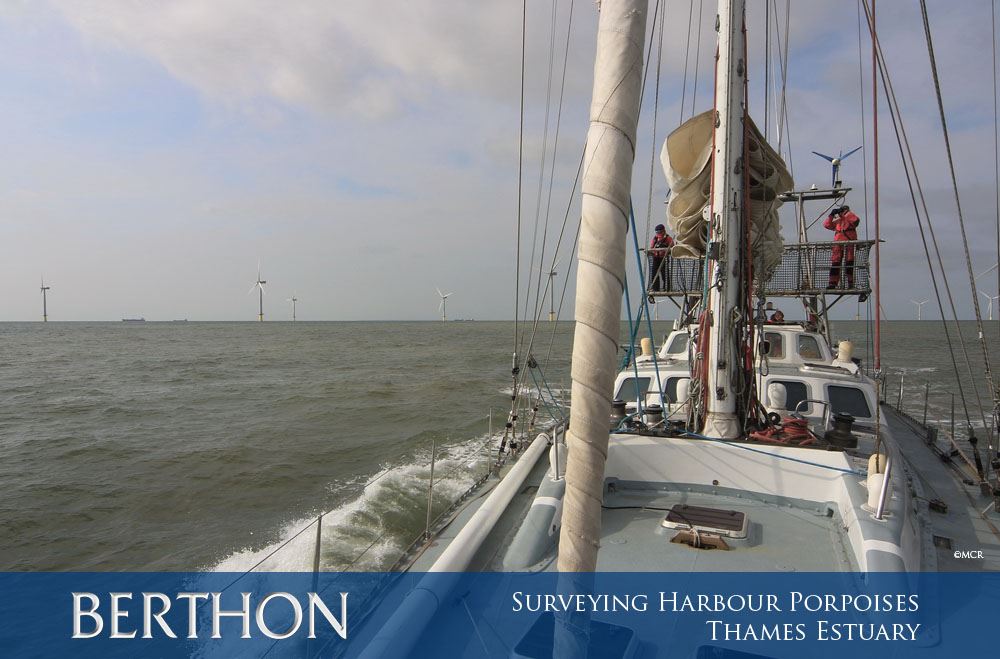 Our R&D projects continue; during lock down, work on the design and build of a new 3D acoustic array continued. During trials in March, in collaboration with colleagues at Duke University, North Carolina, sperm whales were successfully detected and located; a second deployment to follow deep diving beaked whales from Duke’s new research vessel, the RV SHEARWATER, is planned for July off Cape Hatteras. 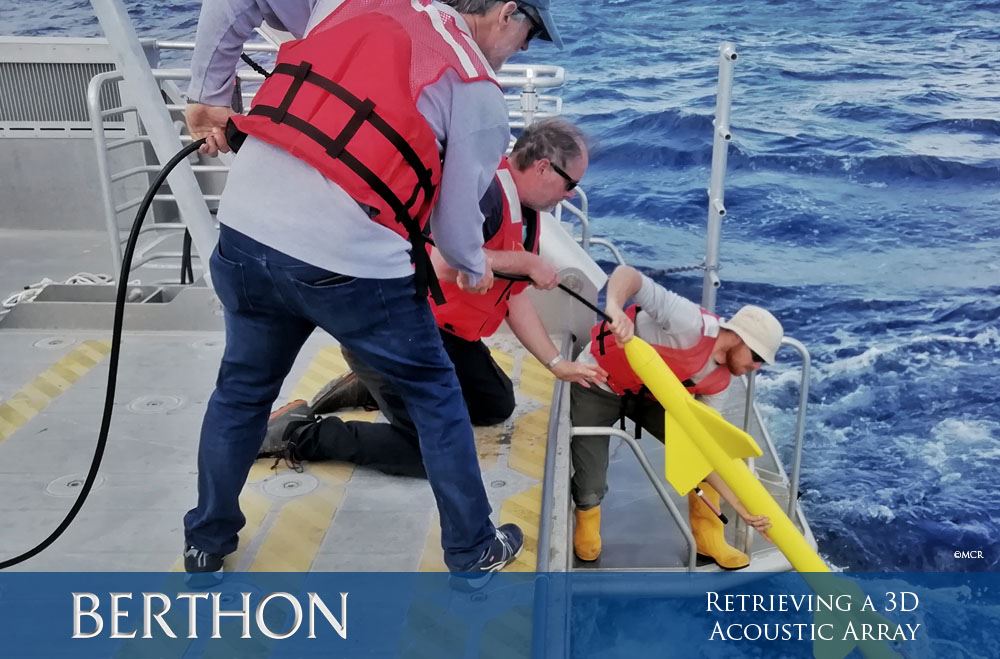 For further information on the work of SONG OF THE WHALE, and how you could get involved in supporting the vital work of the team, please contact rmclanaghan@mcr-team.org.

Research Vessel SONG OF THE WHALE, The Inside Story

SONG OF THE WHALE is for sale with Berthon International. Joint ventures and other proposals around the use of SONG OF THE WHALE are also interesting for her owners, so that her commercial operation and the work that she does may be continued. For further information contact sue.grant@berthon.co.uk.