VAT, a No-Deal Brexit and the obvious question – the Berthon view 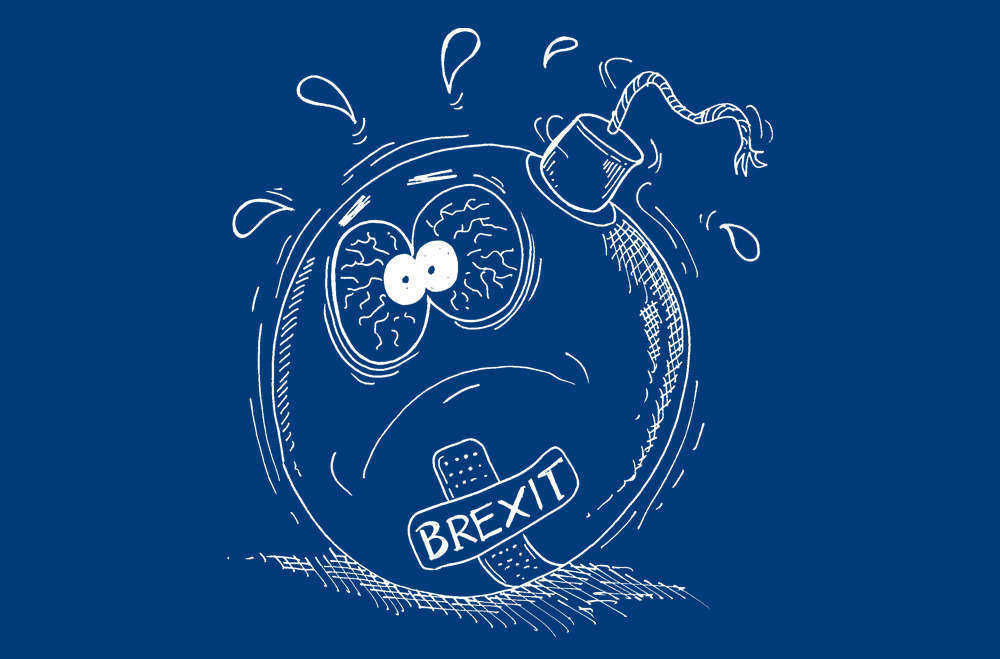 The RYA and British Marine issued the following guidance to yacht owners yesterday relating to the VAT treatment of yachts in the event of a no deal Brexit. Working closely together, and with HMRC, they have worked hard to answer your questions.

However, there is one obvious, unanswered question that will only become apparent when you read below –

The RYA and British Marine, the two largest marine sector member organisations representing owners and the trade, have been working closely together in lobbying the EU Commission and UK HMRC to seek and obtain greater clarification as regards VAT and the free movement of pleasurecraft in the event of a No-Deal Brexit.

Whilst by no means comprehensive or necessarily definitive, the respective European and UK authorities have provided a better understanding as to how they see the rules applying in a post-hard Brexit world.

The objective of the RYA and British Marine is to provide our respective members with a consistent and clear message and further to that dialogue we have summarised our latest views and understanding of how the rules and policies will apply.

For many years owners and businesses have referred to boats being tax paid or as having VAT Paid Status; whilst there has generally been common understanding as to what this meant (although not always correctly interpreted or applied) these terms have never been formally used within legislation or official guidance.

For official purposes this should properly be referred to a boat as having Union Status (Customs Status of Union Goods), which allows free movement within what will become the EU27 or UK Status, where a boat can move freely within the UK.

VAT payment on a boat is not necessarily a one-off event and, surprisingly as it may seem, there is a risk of VAT becoming payable again on a boat’s re-entry into the EU following a departure. Import into the EU triggers a ‘chargeable event’ giving rise to potential VAT (and Customs Duty) – however, EU rules under what is known as Returned Goods Relief (RGR) allow goods (boats) to re-enter the EU without a liability to such payment provided the boat:

No Deal Brexit – What This Means For The UK

Union Status Boats In The UK At B-Time

EU guidance states that if a boat is in the UK or within UK territorial waters at the point in time when the UK leaves the EU and there is ‘no deal’, the boat will assume UK Status but will lose its Union Status.

Can A Boat Without Union Status Then Be Taken To The EU27?

In the event of a ‘no deal’ Brexit a UK registered boat which does not have Union Status will be able to travel into and around the EU27 under Temporary Admission (TA) arrangements, subject to conditions.

Boats that are registered, owned and in use of persons from outside the EU that do not have Union Status can use TA for a continuous period of up to 18 months within the EU27, whereupon they are required to leave – although re-entry under TA can be made almost immediately.

However, if the boat is to remain within the EU27 beyond the continuous 18m period, possibly for sale or change in residency, or if the boat is to be used for commercial purposes the boat will require importation and payment of VAT (and where necessary, Duty) at the relevant rate. This will apply even if EU VAT has been paid previously, but where the boat was in the UK at B-Time.

Will A UK Boat Lying In The EU27 BE Subject To VAT (and Duty) When returning To The UK?

UK HMRC have advised that plans have been made to replicate and adopt into UK domestic law the existing RGR rules, which will allow UK residents returning to the UK with their boats post-Brexit relief from VAT (and Duty), providing the rules above (substituting UK for EU) have been met. Further, HMRC have stated that they will consider the boat to have UK Status provided the owner can demonstrate:

Non-UK owners will of course be entitled to use their boats within the UK and UK territorial waters under the same TA rules that apply within the EU27, but if the vessel is to be used commercially or imported into the UK (e.g. for sale) UK VAT (and Duty) may become due, irrespective of the boat’s pre-existing Union Status.

What Happens To Boats That Are Outside Both The UK AND The EU27 At B-Date?

The EU Commission have confirmed that in such circumstances where the boat is lying outside both the EU27 AND the UK at the material time, then on returning to the EU27 after Brexit there will be an entitlement to RGR and consequential free movement within the EU27, provided the RGR conditions above are met.

This differs from the position where boats are within the UK at B-Time (see above) as in that circumstance the boat never technically left (was exported from) the EU, rather the UK left the EU.

From a UK perspective, HMRC have indicated that UK boats returning from outside both the EU27 and UK waters/territories post-Brexit would be subject and entitled to the same RGR relief and conditions as set out above.

We still do not know for certain if we are heading for a ‘hard’ Brexit or if a deal will be agreed that will allow greater flexibility and potentially ‘grandfather’ ALL existing Union and UK Status rights. In the meantime we will continue our combined lobbying of both the UK and the EU for greater clarity, understanding and the adopting of common sense approach, keeping our respective members updated of progress as and when it develops.

The EU have clearly stated that those yachts belonging to British yacht owners which are European VAT paid in the EU, will lose their VAT paid status if they are in the UK at the point of the UK’s exit from the EU in the event of a hard exit (no deal).

However, in the short-term there are limited implications as these yachts will be entitled to cruise in Europe under TA arrangements as indicated in the text above.

But there is one enormous elephant in the room. This is what happens when a yacht sells to a European? In this case she must pay VAT in Europe all over again…!

Whilst we understand that this information is from the EU, it is at variance with the golden rule that VAT always follows the yacht and not the owner.

We understand that this rule is a general rule applying to goods in the UK at the time of exit, but toasters, hairdryers and widgets do not normally sail back to Europe after a period in the Solent having sold from a UK national to a European!

Here at Berthon we are keeping close tabs on the VAT situation and we will continue to monitor this carefully. We are also lobbying strenuously to get us to the common sense position that all yachts in the UK at the leaving date are grand-fathered. This is the logical approach and we hope and expect that this will be the final, correct answer, and the elephant can then also exit the room.