The Elizabethan range has long been a desirable and well-admired marque of yachts. Elizabethan 30, MOONSHOT is no exception and could be considered the ‘ultimate cruiser/racer’ – having been initially offered to compete in the RORC half tonner class.

MOONSHOT has been very well looked after – with the current owner, who has had her fully restored by adding many new features over the last few years. Down below there is good accommodation. She has an excellent sailing cockpit for those who want to go afloat for extended periods of time but want an element of comfort when doing so. Overall, MOONSHOT offers a perfect experience and along with her new features – she is ready to set sail today.

MOONSHOT is a fully restored 1973 Elizabethan 30, designed by the late David Thomas for one of the first editions of the Half Ton Cup, as well as becoming a production IOR yacht. She has a fin and skeg configuration under the water, a cast iron keel and an easily managed masthead rig.

Since her design itself is from 1970, she qualifies for the GRP classics classes, but is also very competitive under IRC and club handicap ratings. Her IRC rating is .847

Her very pretty lines and American blue hull make MOONSHOT much admired – both in harbour and at sea, wherever she may be.

MOONSHOT has been very lightly used for occasional club racing, and has not been lived aboard.

A large range of major works have been professionally completed under the management of the existing owner over his 11 year ownership. 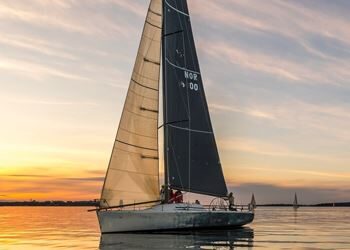 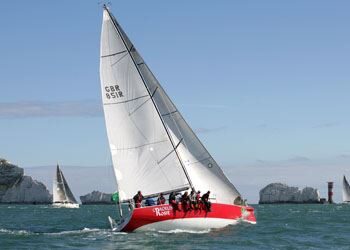